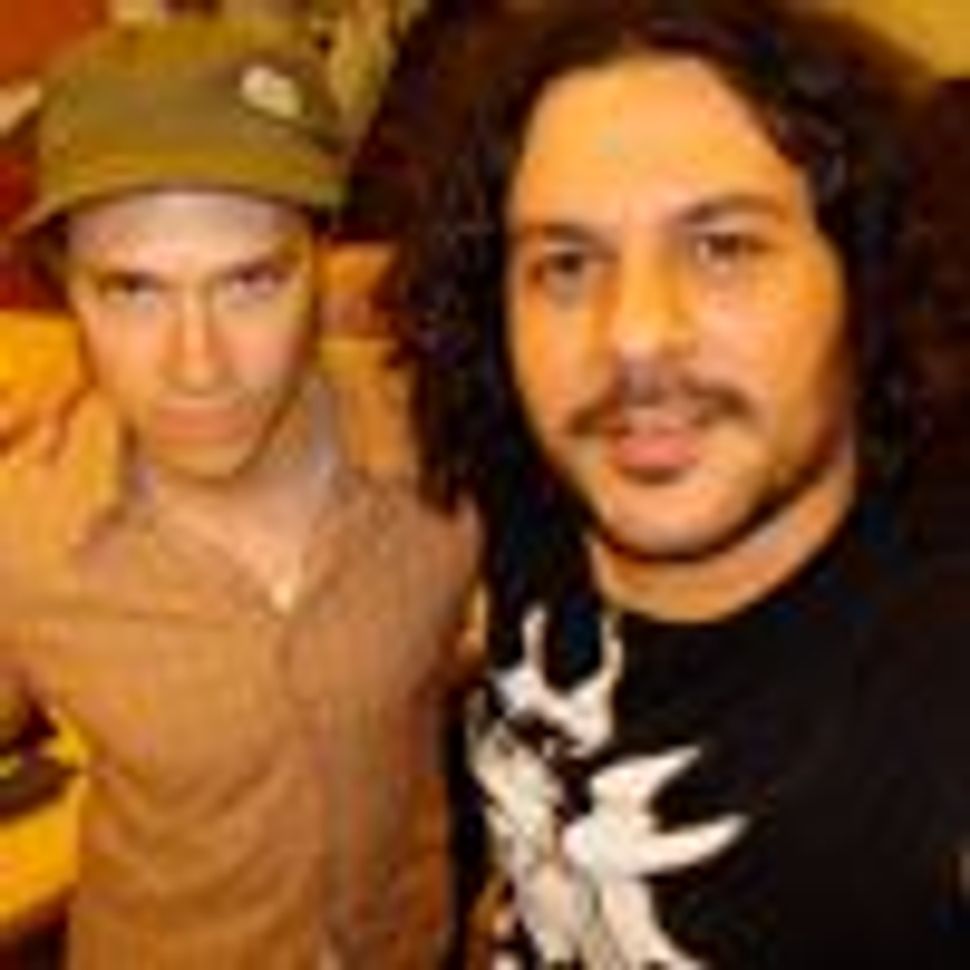 Soulful: Lockwood and Ziegler reinterpreted ?Melodies I Have Seen.? Image by Courtesy of Jeremiah Lockwood

While doing my research for the third installment of The Nigun Project, I discovered a melody in a Yiddish chapbook that was published in New York City in 1947. The book bears the striking title “Yiddish Nigunim I Have Heard…and Seen.” This magical little book, compiled by Moshe Gutman, constitutes a kind of testimonial and tribute to the author’s village in Europe, newly relegated to the rubble of memory by the devastation of the war. The soulful and rich melodies transcribed by Gutman from the memories of his youth bespeak a rich and complex world. The melodies communicate both the workaday melancholy and commonplace pleasures of life.

For this piece I had the great privilege of working with Itamar Ziegler, an incredibly talented musician whose work will be familiar to readers from his recordings as bass player with Balkan Beat Box. I first encountered Itamar through his work with the Brooklyn-based avant-garde rock band Pink Noise and later fell in love with his accomplished and extremely funky solo albums. His third solo effort is about to be released in Israel and Europe, and will also be available online stateside.

On this track, entitled “Melodies I Have Seen,” Itamar is on bass moog synthesizer and drum programming, and we both weigh in with guitars and vocals.