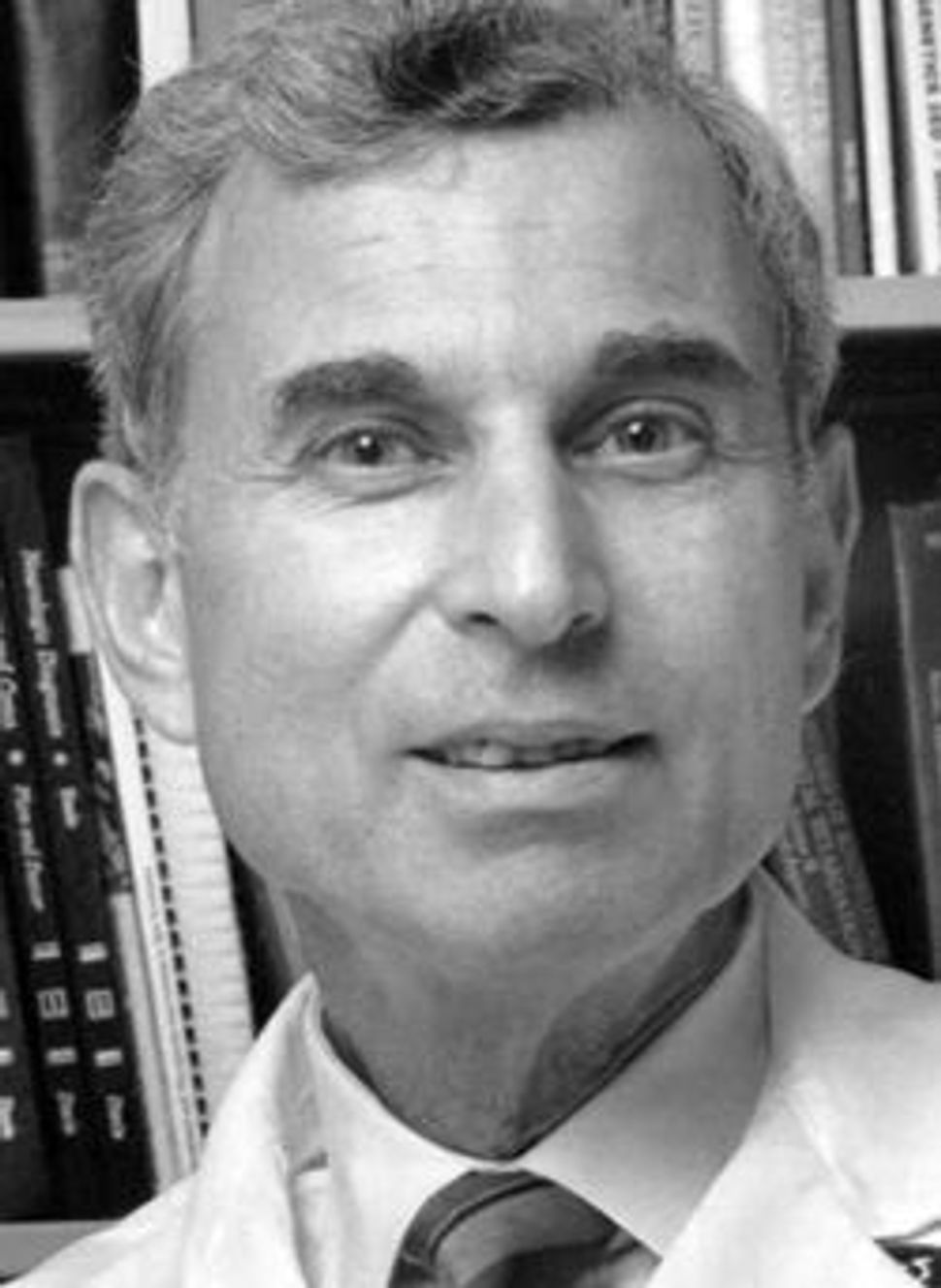 On The Ranch: This lamb is one of several sheep from the ranch of Fred and Joan Horak that was born with Tay-Sachs. Researchers believe that the sheep could help them in their search for a treatment for the deadly genetic disease among humans. Image by CoURTESY oF FRED AND JoAN HoRAk

Fred and Joan Horak have been ranchers since 1985, so 11 years ago, when Joan noticed that two lambs from her flock had tilted heads and wobbly legs, she knew something was amiss. Little did the Horaks know that their discovery of these two sick lambs would end up providing new hope in the search for a treatment for a deadly genetic disease that afflicts humans.

Initially, the Horaks suspected that their sheep were suffering from a skeletal problem, which is relatively common in their rare breed, the black-wooled, white-spotted Jacob sheep. Seeking answers, they drove the sick lambs, Lanos and Avenger, from their ranch outside of Dallas to see veterinarians at Texas A&M University. 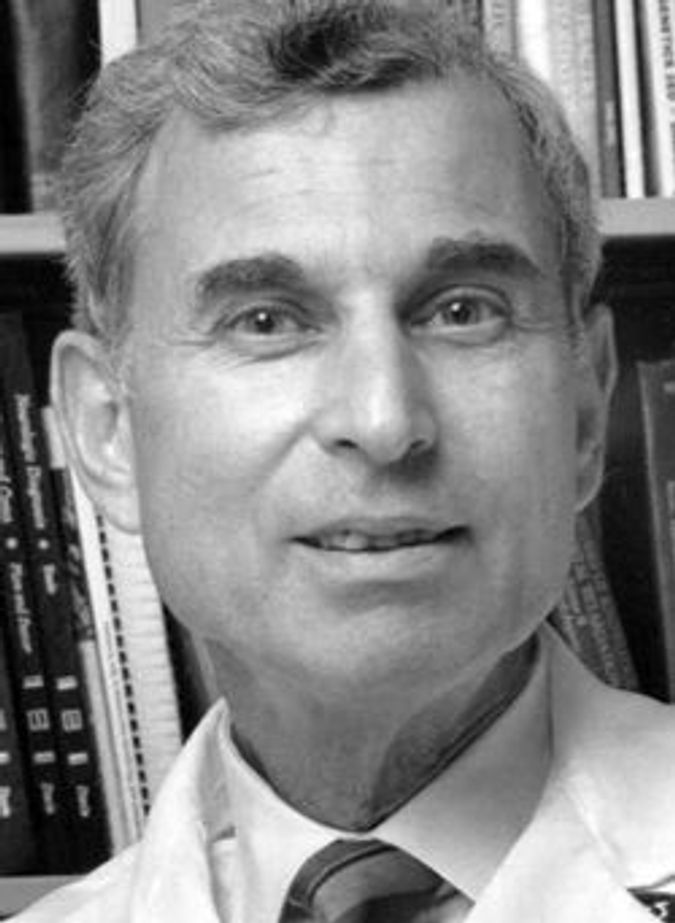 The lab results revealed that the problem ran deeper than the bones: The lambs were suffering from some kind of neurodegenerative, lysosomal storage disease, but the scientists at Texas A&M couldn’t figure out which one. Due to an absent or misfolded enzyme, such diseases cause a buildup of material in cells that a healthy body would break down or recycle. This leads to a variety of symptoms that can include deafness, blindness, dementia, seizures, organ swelling, abnormal bone growth, developmental delays or problems with breathing, heart function and movement.

Fred Horak wanted to figure out what was going on with his lambs so that the problem could be contained. He feared that the genetic disease, left unattended, could spiral out of control, wreaking havoc on future generations from the Jacob breed, which traces its roots in the United States to just 20 sheep brought over from the hills of England and Scotland some 50 years ago. “This is a gene puddle we’re talking about, not a gene pool,” Horak explained.

A team of Texas A&M scientists piled into a van and drove down to the Horaks’ ranch in Lucas, Texas, in search of answers. They took blood and tissue samples from the rest of the flock and investigated pedigree. The Horaks agreed to help the research along by trying to produce more affected sheep, on the condition that the scientists would work on an enzyme carrier test that might enable them to eradicate the disease from the Jacob breed. But before anyone could determine exactly what was afflicting the lambs, Lanos and Avenger died — less than a year after they had been born.

Over the next five years, the Horaks sent several sick sheep to the lab at Texas A&M, where pathologist Brian Porter and his team studied samples in house and also sent them to other labs around the country. Every so often, Fred Horak would call and get the same reply: Sorry, nothing yet.

Finally, in 2008, almost a decade after Lanos and Avenger had first fallen ill, a definitive diagnosis arrived from Dr. Edwin Kolodny at the neurogenetics laboratory at New York University’s Langone Medical Center. Kolodny and his team had undertaken a complex discovery process that included sequencing the relevant sheep gene. The lambs’ cause of death was Tay-Sachs, and its discovery in Jacob sheep offered an unprecedented opportunity to test a gene therapy for the disease among humans.

Kolodny is a national expert on Tay-Sachs, and about 40 years ago, he helped solve the mystery

of the disease’s enzyme defect. His lab at NYU had previously found Tay-Sachs in two flamingos at the National Zoo in Washington, but humans and flamingos are quite different, and the discovery did not present many opportunities for research that might benefit human sufferers. In addition, there were questions of feasibility.

“How can you keep a big flamingo in an animal laboratory facility? You can’t,” Kolodny said. “There was no chance we could reproduce Tay-Sachs in these flamingos for experimental purposes.”

But sheep are different. Their brains are large, close in size to human brains and 1,000 times larger than those of mice or rats. Sheep’s reproductive tendencies also make them perfect candidates for genetic testing. “I won’t say they’re promiscuous,” Kolodny said, “but they mate every year, and they’re sexually mature at 1 year old.” Lambs also tend to be born as twins, making the likelihood of producing a lamb with Tay-Sachs twice as high. Kolodny calls the sheep model of Tay-Sachs “almost ideal.”

Kolodny explained all this to the Horaks, and they got on board immediately. “It was the first time they had run across naturally occurring Tay-Sachs in a domestic large animal that could be controlled,” said Fred Horak, who now speaks with authority on Tay-Sachs and the significance of the research going on with his flock. “Joan and I just said, ‘What can we do?’”

The answer was clear: If the Horaks could deliver more Tay-Sachs lambs, then the Tay-Sachs Gene Therapy Consortium, which aims to initiate a human trial of a Tay-Sachs gene therapy treatment within two years, would be able to test the therapy on a large animal model, a key step on the road to human trials.

“In agriculture, when you have a deleterious gene, you usually try to weed it out of your flock so that you don’t lose money on dead animals,” Kolodny explained. “But [the Horaks] recognized the enormity of the discovery and how it will help mankind.” They agreed to answer the consortium’s plea and began making deliberate pairings between the Tay-Sachs carriers in their flock.

In March, a year earlier than everyone expected, four lambs with Tay-Sachs were born. They were quickly transported to Auburn University in Alabama, and Douglas Martin, a researcher who specializes in molecular therapy for neurodegenerative disorders, took charge of their care. In mid-June he gave two lambs their first treatment, an injection created by Miguel Sena-Esteves, a vector design expert at the University of Massachusetts Medical School. It was based on the healthy sheep gene that had been sequenced in Kolodny’s lab.

At press time, the lambs seem to be doing well, but Kolodny urges caution. “Gene therapy has not been very successful in treating other neurodegenerative diseases so far,” Kolodny said. But the Tay-Sachs Gene Therapy Consortium’s members are constantly working to improve the vectors that allow the treatment’s delivery to the brain. “We’re hopeful that [these] improvements will make it a more successful undertaking that actually leads to survival and improved quality of life for children,” Kolodny said.

Kolodny is not alone in seeing potential and possibility in the Jacob sheep.

Justin Ungerleider was only 2 years old when his brother Evan died of Tay-Sachs, but he has faint memories of sleeping beside his older brother. Justin saw his own bar mitzvah, in October of last year, as a chance to do something more. “I knew how I felt about my brother, and I imagined how other families would feel,” Justin said. “I wanted to help.”

His family knew from the start that — like all Tay-Sachs babies — Evan had almost no chance of surviving past the age of 5. His mother, Shari Ungerleider, remembers early conversations with doctors as being absolutely devoid of hope. “There is no cure even close to being found,” she recalled them telling her. “I don’t know if there even will be in your lifetime.”

Just 10 years later, when the Ungerleiders heard about the plans for gene therapy in Jacob sheep, they were amazed. “My husband and I looked at each other in shock,” Shari Ungerleider said. “We never expected this.”

Justin planned an adopt-a-sheep program as his mitzvah project and immediately began spreading the world. For $125, he invited his guests to adopt one of the Horaks’ sheep. “Justin mails them a picture of the sheep with name, date of birth and a piece of fleece,” his mother explained. “Then he sends updates to everybody about what’s going on at Auburn.”

The idea has taken off, with others using their bar and bat mitzvahs to promote Justin’s project. So far, the adopt-a-sheep program has raised nearly $10,000 — all desperately needed to cover the costs of the sheep’s care and transport.