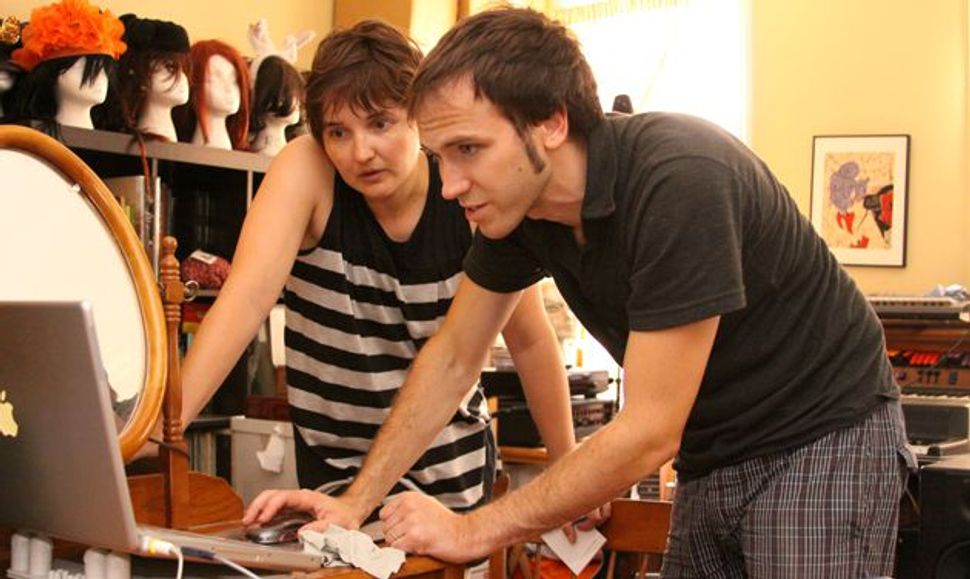 Reinterpreting a Drinking Song: Musicians Cynthia Hopkins and Jeremiah Lockwood collaborate on the nigun ?Surely, There Will Be Vodka.? Image by Shulie Seidler-Feller

One of the pieces I discovered online is known as “”Nye Zhuritze Chloptzi”; it’s an example of Jewish music borrowing from the host culture in which it resides. The nigun begins with a short Russian drinking song and then spins out into a wordless nigun. This nigun is one of many secular melodies “rescued” by the Hasidim, who by using the tunes for spiritual purposes brought to light their hidden holiness.

I worked on this piece with Cynthia Hopkins, the leader of the band Gloria Deluxe. Hopkins has also created, written, directed and starred in numerous theater pieces.

In the rendition that she and I created of the nigun, Hopkins had the idea of taking the short Russian song and using a translation of the lyrics as the basis for a new musical section in the piece. The Russian lyrics are as follows:

The fantastical interpolation Hopkins arrived at serves as a) a Brechtian switch of perspective in the dramatic arc of the song, b) a lugubrious morning-after counterbalance to the drunken revelry and c) a meditation on the affinity between the alcohol high and the experience of prayer.