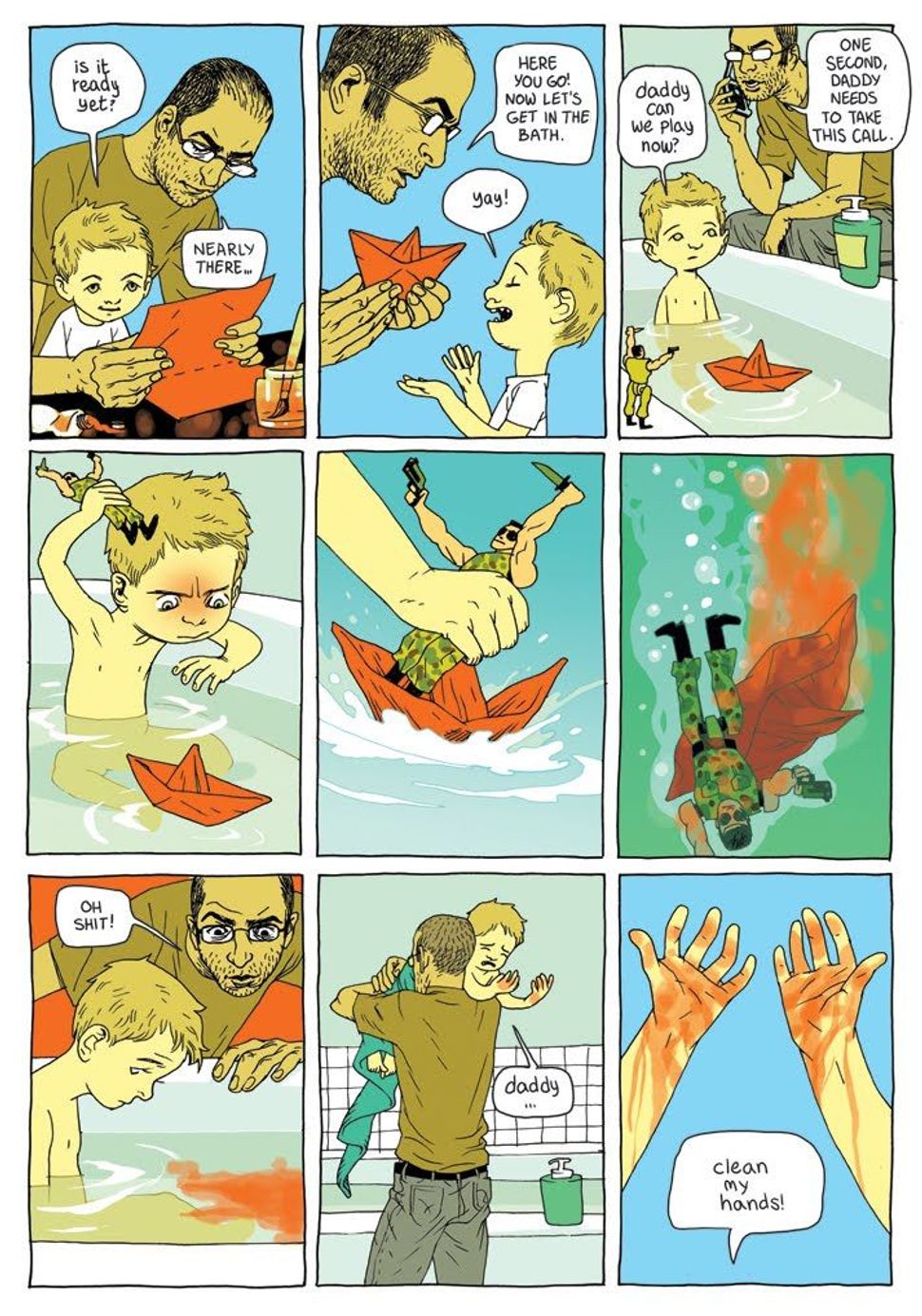 His name is an international byword for wintertime Jewish fun, and his work has been nominated for an Oscar, but until now, Asaf Hanuka has been unknown in the English-speaking world.

One of the major collaborators with David Polonsky and Ari Folman, Hanuka was responsible for the animation of about 20 minutes of “Waltz With Bashir.” As a graphic artist who trained and worked in France, he produced work that had the ability to tell a story “through composition” and not just through action, he told the Forward in a telephone interview. While his section (the tank flashback where the soldier has to swim back to Israel) was not the sole reason for the film’s Oscar nomination, the filmmakers’ commitment to his process was emblematic of their care in making the movie.

Hanuka probably got his chance because of his work with the famous writer and filmmaker Etgar Keret. Having worked with Keret — before and after his time in France — on the graphic novels “Streets of Rage” (1997) and “Pizzeria Kamikaze” (2006), Hanuka made a short animation film to present Keret’s 2008 film “Jellyfish” to investors. Their association came while Hanuka was in the army. Warned by a group of generals that he was doing “anti-army stuff” after nearly a year of drawing “really weird comics about soldiers who wanted to commit suicide and flew away on wings” for the army newspaper, he reached out to Keret, who agreed to let this stranger make graphic versions of his stories.

Last year, Amir Ziv, editor of Calcalist (the weekly business supplement to the Israeli daily newspaper Yediot Aharonot), commissioned Hanuka to make a regular comic. Comics are not part of business culture in Israel, but Ziv thought that a feature dealing with a family’s struggles to get a mortgage could make economics seem personal. Thirty weeks on, and Hanuka has repaid Ziv’s trust: What once seemed risky now seems self-evident. To Israelis, Hanuka brings a story to daily domestic finances, and to the English-speaking world, he shows the everyday struggle of a young family in a part of the world usually known for its explosive politics.

Currently at work on a graphic novel (due for publication in 2011) with his twin brother, Tomer, and filmmaker Boaz Lavie, Hanuka continues to produce “The Realist” each week. And he will continue to translate it for us so that we can publish the best of the columns online. It’s Hanuka all year at forward.com!