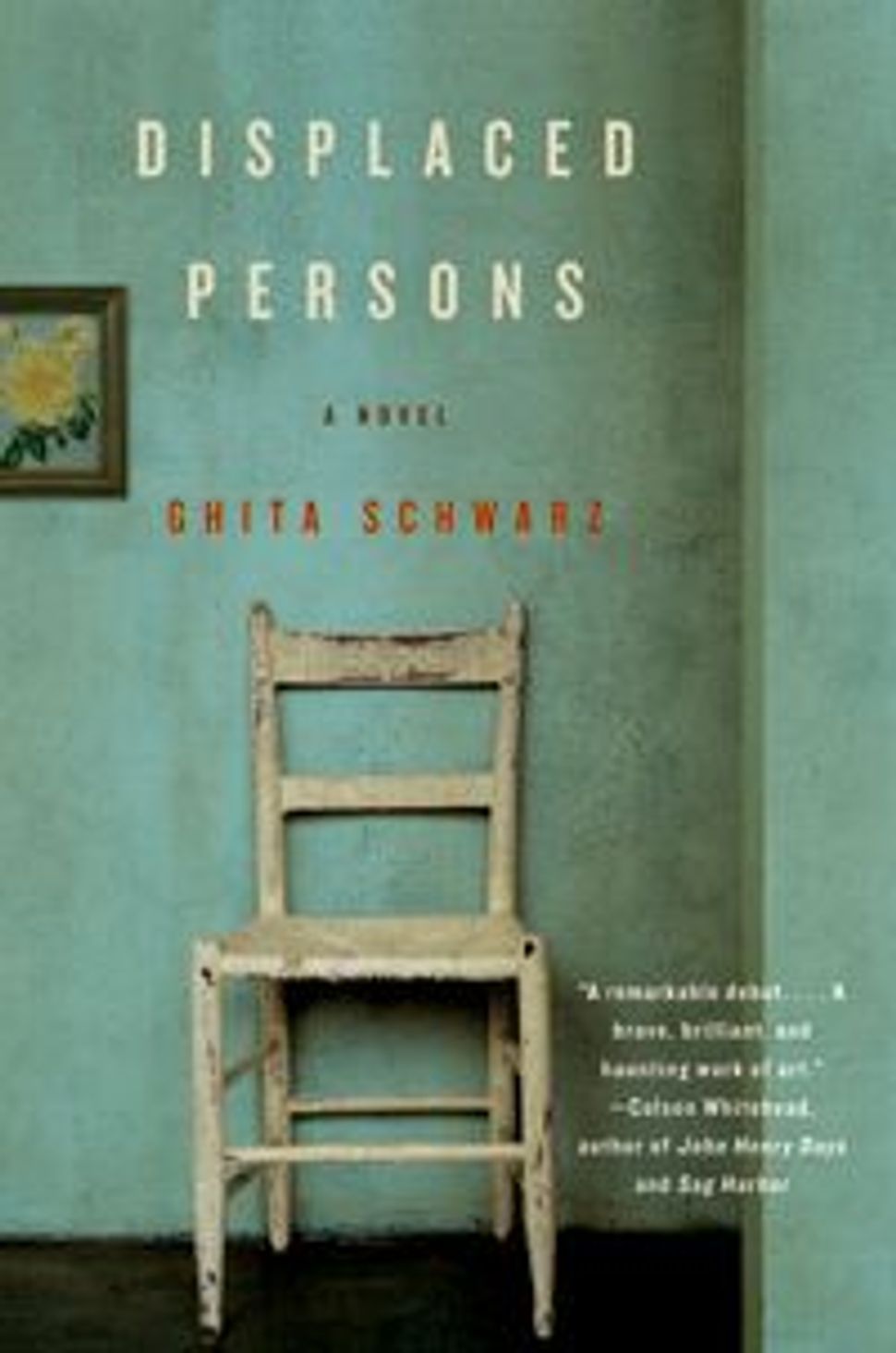 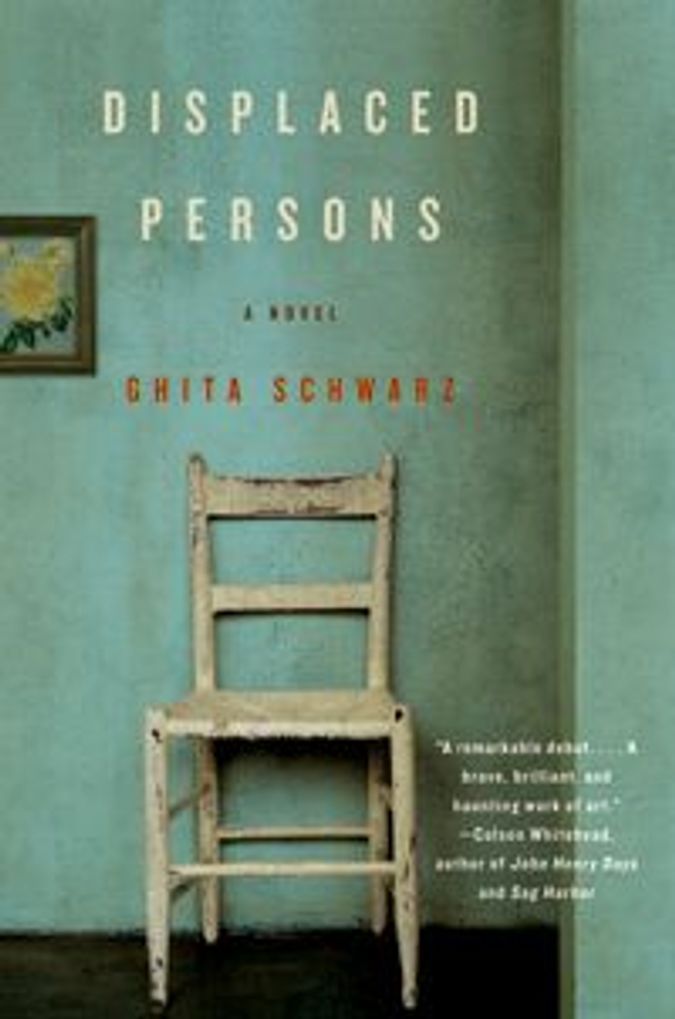 When American-born novelist Cynthia Ozick published her 1997 New Yorker essay “Who Owns Anne Frank?” the possessive stance of the author, then 69, was clear. By the time that Tova Reich, the American-born author of the novel “My Holocaust” (HarperCollins, 2007) — and a generation younger than Ozick —reviewed the question of who can claim to be a victim of the Shoah, her reply was a more diffuse and satiric “you.”

Increasingly for contemporary writers, “you” has come to mean not survivors, but the general populace. At points, it seems that the literary impulse to appropriate the Holocaust has overtaken almost anyone who has ever felt like a misfit or unpopular, and Ghita Schwarz’s debut novel, “Displaced Persons,” has to be considered alongside this disturbing fad.

But the New York City-born Schwarz, an immigrants’ rights attorney and a daughter of survivors, refuses to claim her parents’ suffering as her birthright. “I don’t think anybody has a right to own anybody else’s experiences,” she said during a phone interview with the Forward, of the trend to attach oneself — or compare one’s suffering — to the Shoah. She added: “Who am I to talk? I’ve had a very nice life.”

So why pen a novel about the Holocaust? Or, more specifically, about survivors? Schwarz took an audible breath. “I do think my book is different in that it starts in May of 1945,” she said, adding: “It’s not about the war years. It’s about this underwritten period of time, the DP years, when Jews created theaters and schools and advocated for visas.”

In fact, the novel, an exquisite rendering of the internal lives of survivors, begins with the DP years, but then moves far beyond them, to the near past of 2000. It develops the complex characters of Pavel, Fela and Chaim: Polish Jews who emerge, lonely and alone, from the camps, the steppes or the woods, and regroup themselves into a de facto family.

Pavel, a Bergen-Belsen escapee, functions at his most daring both during and shortly after the war; the blond Fela marries him on the likelihood that her first husband is dead. With her comes teenage Chaim, the adoptive brother who found her in a Polish market and smuggled her into Germany. The three live together, as ersatz father, mother and son, until Chaim leaves for Palestine and Pavel and Fela for America.

They are among the lucky; each has relatives who lived to emigrate. But their separate traumas have made them strangers to their families, or worse: resented for their greenhorn accents, their rigidities and frailties, and their fateful earlier choices that haunt them to the present day.

Meanwhile, their ability to adapt to a new land often stalls. Like Joseph Berger’s biography, also called “Displaced Persons” (Washington Square Press, 2001), about his early childhood in DP camps and the arrival of his scarred family in America, Schwarz shows the varied ability of survivors to move forward and box up the coping skills they learned during the war, once they no longer work in a postwar age.

Here, in America, Schwarz’s male characters — reunited in the 1960s — struggle most. Pavel remains unable to trust anyone but family and landsmen, regardless of how often that model fails. And Chaim, whose boyhood talent for disguise kept him alive, becomes a man whose gift for deception leads him to cheat on his wife. Found out, “[h]e did not feel the remorse or pain Sima thought he should feel… after all he had lost, should he not live?”

The capacity to cope with a mortal threat but then flounder amid everyday frustrations isn’t specific to survivors, said Schwarz, a onetime mental health professional. Still, the idea resonates with a tale she told of her father, who survived work camps, Auschwitz and a satellite of Buchenwald. On a visit to her home, she recalled, he became distraught when he couldn’t operate her coffee maker, and he phoned her office constantly during the 10 or 15 minutes it took her to walk to work.

“Even I thought: ‘You survived concentration camps. You made daring moves many, many times. But you’re completely paralyzed by these minor things,’” she said.

Still, her eloquent book is driven by her grasp of survivors’ complexity — and contradictions. Few survivors here are villains, as they were first thought to be after the war (when, she said, “they were met with this horrible suspicion of ‘What did you have to do to survive?’”) Yet, neither are they without flaws.

As a writer, Schwarz said: “I wanted to be credible in terms of what human beings are really like. I don’t think you need to be a survivor or related to a survivor to do that.” She’s succeeded.

Susan Comninos is the winner of the 2010 Yehuda Halevi Poetry Competition run by Tablet Magazine. Her fiction recently made its debut, in the literary magazine Quarterly West.