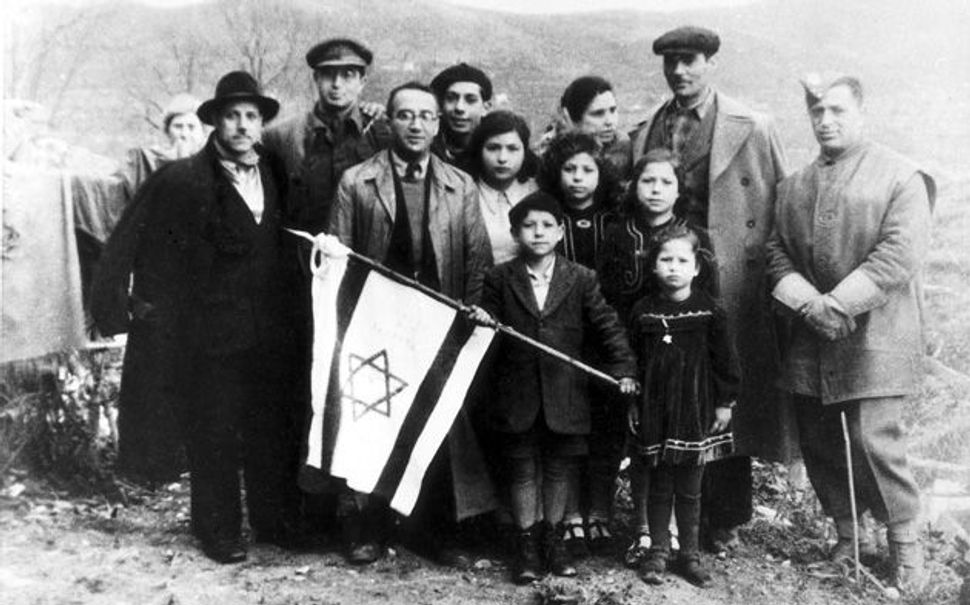 In a remote southern Italian town in the 1930s, a group of Catholics who had never before met any Jews began practicing their own idiosyncratic brand of Judaism. Helmed by a disabled and charismatic WWI veteran named Donato Manduzio, who fancied himself a prophet, the 80-odd impoverished peasants of San Nicandro converted en masse after the end of World War II, with the majority eventually emigrating to the newly founded state of Israel.

From the time the San Nicandro story first became public, its inspirational arc was a subject of fascination for many, including my late grandmother, who was my first and most important religious teacher and a charismatic leader in her own way. It was because of Bubby that I first learned about the Jews of San Nicandro as depicted in Phinn Lapide’s book, “The Prophet of San Nicandro” (1953). But I later discovered that other versions of the story had appeared: in Time (September 1947), Commentary (April 1948) and in a book translated from the French, “San Nicandro: The Story of a Religious Phenomenon” (1957) by Elena Cassin.

Yet despite the almost fairy-tale-like depictions of the group’s path to Judaism by Lapide and others, some questions remained; notably, why would a band of Italian villagers turn from Catholicism to Judaism, especially during the rise of Fascism and the Holocaust?

Now, more than five decades later, John A. Davis, the chair in modern Italian history at the University of Connecticut, has found the truth behind the mythology. He presents the confluence of events and circumstances — harsh poverty, the alliance between the Fascists and the Catholic Church, the flourishing of evangelical Protestant communities and interventions by northern Italian Jewish leaders — that set the stage for, as Davis writes, “probably the only case of collective conversion to Judaism in Europe in modern times.”

In his introduction, Davis invokes Carlo Levi’s book, “Christ Stopped at Eboli” (1945) — postwar Italy’s first international bestseller — as context for how the brutal poverty experienced by southern Italian peasants shaped their desire to flee, if not physically then spiritually. It’s little wonder that Manduzio sought spiritual succor, but what is curious is the character of that succor. Manduzio’s epiphany begins with his reading of the Old Testament in the late 1920s and continues with various dreams and visions he then experiences. In his journal, which he began in 1937, Manduzio writes of how he was called on by the Almighty to bring “the Jewish religion to this remote place.”

Even more curious is the fact that Manduzio was convinced that he was being chosen not only to spread but also to revive the practice of Judaism — stemming from his conviction that the Jews had long ago perished in the biblical flood.

According to Davis, Manduzio’s journal is pivotal to understanding “the community, the conversion, and the man,” and to his credit, Davis presents Manduzio as a fully formed character. By revealing Manduzio’s continual requests to Roman Jewish leaders as well as his rants about the transgressions of his followers, Davis allows readers to see Manduzio not merely as a simple man who received a religious vision, but as a complex autodidact with all the strengths (persistent, passionate, fond of children) and failings (self-aggrandizing, quarrelsome and perhaps delusional) of a man who believes that he has been chosen for a divine mission and has the journal to prove it.

Yet, although Manduzio would seem to be the protagonist, it’s unclear whom Davis regards as the true hero of the story. The book’s cast of numerous characters is sometimes hard to track from chapter to chapter, but Davis portrays two key players — Raffaele Cantoni and Enzo Sereni — as critical to keeping the group’s spirit intact. While Cantoni, a philanthropist who was instrumental in aiding German Jewish refugees, was responsible for facilitating the group’s formal conversion, in some ways, it was Sereni, a resistance fighter later killed by the Nazis, who most inspired them with his talk of “emigrating to Eretz Israel.” As Davis says, “Manduzio had converted them to the Jewish faith, but Enzo Sereni converted them to Zionism.”

With the engaging style of a teacher who is passionate yet clear-eyed about his subject, Davis traces the group’s evolution over the course of more than a decade — from spiritual awakening to discovery of Italian Zionists to conversion and, in 1949, emigration to the “Promised Land.” Bringing to light the internal squabbles and external challenges — including Mussolini’s racial laws — that almost tore the group apart, Davis places the story within the broader framework of religious persecution, the growth of Zionist networks and the postwar transformation of southern Italy.

“The Jews of San Nicandro” is a small book but it is thick with facts that Davis has tracked down from sources ranging from Fascist police records to documents in the Vatican’s “secret archive” to accounts by descendants of the original converts. In so doing, Davis has infused this historical episode — as well as the question “Who is a Jew?” — with larger meaning, which is ultimately, as Bubby would say, “good for the Jews,” whoever and however those Jews might be.

Marla Brown Fogelman is a writer in Silver Spring, Md. Her work has appeared in The Washington Post, Moment, Parents and elsewhere.