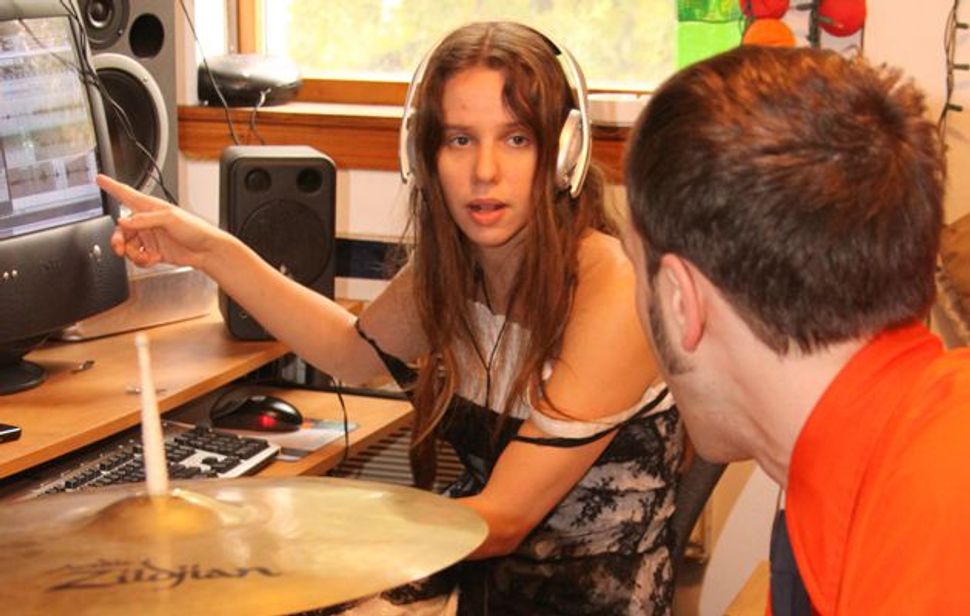 In the Works: Yula Be?eri and Jeremiah Lockwood collaborate on ?Through the Castle at Night.? Image by Shulamit Seidler-Feller

My collaborator on this month’s installation of the Nigun Project is Yula Be’eri, known to the world as the leader of Yula and the Extended Family. She is also a member of Electro-Morocco and a former player in World-Inferno Friendship Society. Be’eri is one of the greatest talents I’ve ever met. She brings to her performances and composition an intuitive sense of the dramatic arc inherent in every gesture and every melody. We recorded this track in her home studio, taking a freewheeling and improvisatory approach to constructing the song.

As a wonderful bonus to working with Be’eri, Isaac Gardner, drummer for the Extended Family and former Blue Man Group Tube performer, showed up and added some of his trademark circus-like percussion flourishes to round out the texture of the piece. Gardner’s one-man percussion/performance art show, “We Are But Dust,” runs in New York City through November 14.