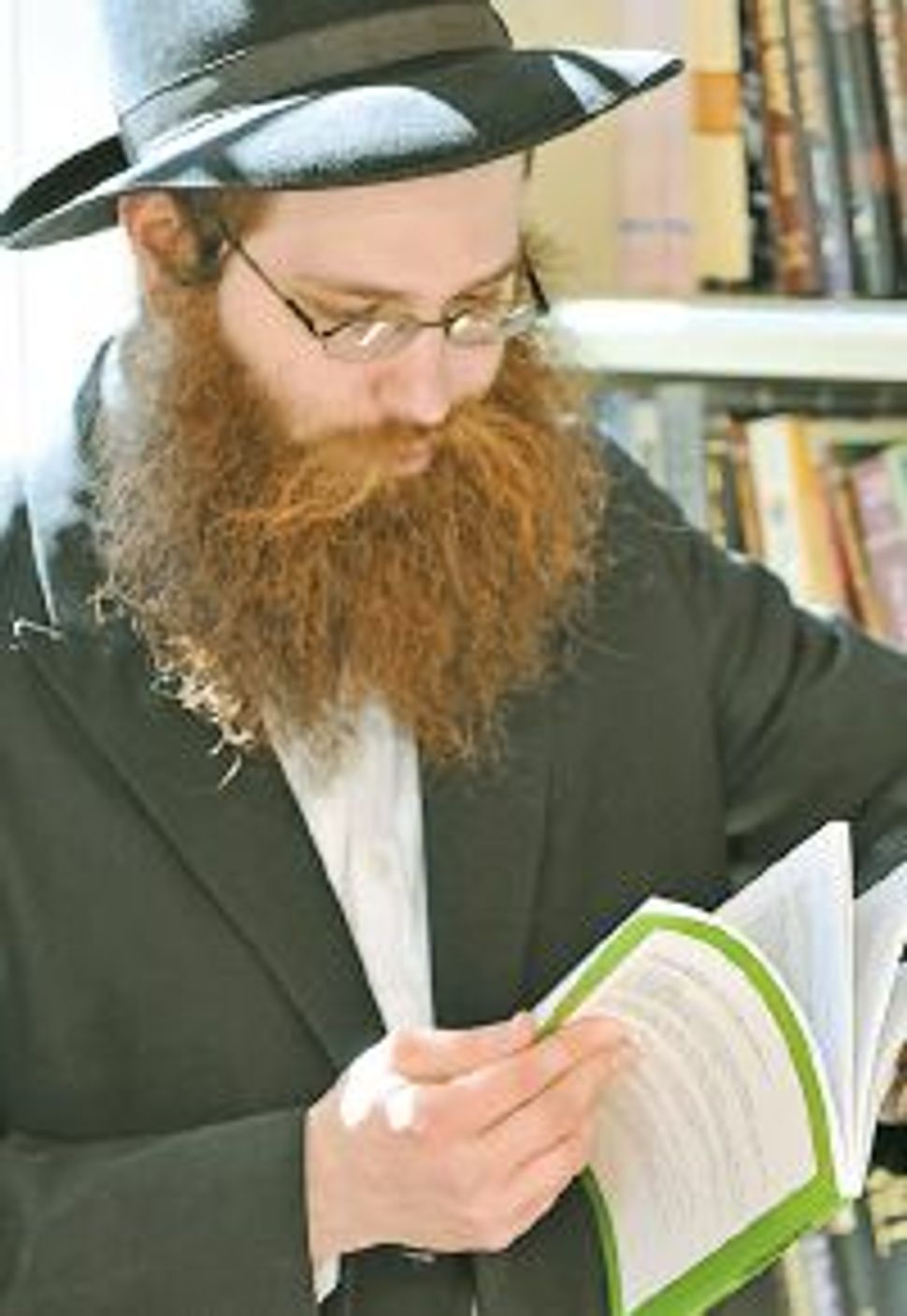 Gerard Manley Hopkins stopped writing poetry because he worried that its rhythms were too sensual for a Jesuit priest. Fortunately, Hopkins’s religious superior encouraged him to write, and we now have the musical, muscular Hopkins poems that explode with awe for the natural world and articulate an ardent gratitude toward the divine. Hopkins turned his religious concern about poetry on its head: He served God by writing poetry. 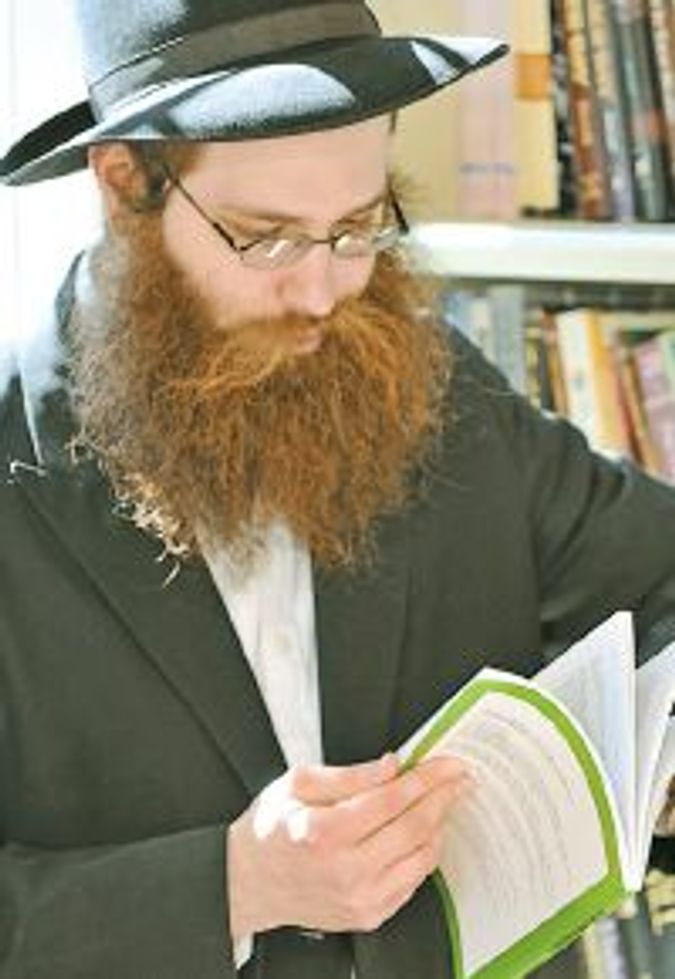 A century later, an American poet had a similar struggle: Yehoshua November, author of “God’s Optimism” (from which two poems, “The Meditation of Travel” and “The Yeshiva Fades From Recollection,” originally appeared in this newspaper) also stopped writing poetry because of religious concerns. November studied poetry at Binghamton University and in the Master of Fine Arts program at the University of Pittsburgh, but as he became more involved with Judaism, he could no longer reconcile the secular poetry world with his faith. He stopped writing, and attended yeshiva for two years.

This conflict is one of the themes of his book. (Later, his rabbis encouraged him to write.) November’s disillusionment with secular intellectuals can be found in his poem “Professor.” He writes of students and professors who “long for eternal truths / and to be published, / to be read by other professors,” and imagines asking his professor, “Did you have to give the lecture / on the imminent failure of marriage?”

At the end of “Professor” a window appears: The speaker’s religious practice lifts away the bitterness. This is achieved by a ferocious cleaving to the spiritual, allowing him to find holiness in the most unlikely place: his professor’s office. He ends the poem:

Once when we met in your office
and you turned to your shelf to draw down a book
that changed your life,
while your back was toward me,
I concentrated all my energy on whispering Hashem’s name,
all irony faded
and angels were swimming from your lamp.

The unenjambed lines project confidence, while the lack of periods reflects a sense of flow between the material world and the unseen. This flow embodies the Jewish practice, emphasized by the Lubavitch ideas that November follows, of drawing down the spiritual into the physical.

The poet Fanny Howe once told me that though many young poets become proficient, their poems are like finely made needlework whose content is nevertheless insignificant. November’s craft is elegant, with its simple imagery and confident end-stopped lines; however, what makes his writing stand out are his two years in yeshiva, which provide the poems with a spiritual foundation. Without this substantial underpinning, his poem “Tennis,” sharp and beautiful, would be well-designed word architecture.

One evening you will walk past a park
between two fading apartment buildings,
and see men playing tennis in white garments,
and long to slip out of your life,
to be buried in the white robe with no pockets,
and float like the ball
between two rivals, two great friends,
this world and the next.

The voice is unusual for contemporary poetry: While poems by others sometimes struggle with spiritual questions, few embody a faith in traditional religion. The concept of “this world and the next” is not a metaphor in this poem. The spiritual world is a reality that exists alongside the tangible.

When November’s nonmodern mindset collides with questions about atheism, something explosive happens. In “The Purpose of This World,” November writes

When some Jews cannot explain the sorrow of their lives
they take a vow of atheism.
Then everywhere they go,
they curse the God they don’t believe exists.

November’s response to this dilemma is almost surreal, yet grounded in Jewish tradition:

But why, why don’t they grab Him by the lapels,
pull His formless body down into this lowly world,
and make Him explain.

With this hostile image of grabbing God, November describes an aggressive mode of prayer. The repetition of “why” emphasizes his bewilderment at passivity. November is encouraging himself and others — angry, frustrated, suffering — to have a passionate relationship with God.

It’s an extraordinary poem that should perhaps have ended here. November, however, betrays his greenness and continues with the following couplet: “After all, this is the purpose of creation – / to make this coarse realm a dwelling place for His presence.” We already feel “the purpose of creation” by the end of the second stanza, and stating it so bluntly here detracts from the poem’s mystery and energy.

Other poems in the book would also have benefited from editing, but the poetry is so satisfying — intellectually, spiritually, emotionally — that the superfluous lines just serve to remind us that this is a young poet’s first collection.

It may be a first book, but some of the poems grapple with issues that most poets address at the end of their careers. “A Jewish Poet” is a tour de force and a manifesto. Here are the first 14 lines of the 16-line poem:

It is hard to be a Jewish poet.
You cannot say things about God
that will offend the disbelievers.
And you always have to remind someone
it wasn’t your people who killed their savior.
And Solomon and David are always laughing
over your shoulder
like a father and son ridiculing the unfavored brother.
And you cannot entice people with the sloping
parts of a woman’s body
because you must always remain pure.
And every day you have to ask yourself why you’re writing
when there is already the one great book.
It’s hard to be a Jewish poet.

This poem embodies some of the same challenges Hopkins faced. What is the purpose of poetry? Why write? Do we have to suppress ourselves when writing? If so, how do we manage that conflict? How do we write ethically about people in our lives? How do we address the divine in poems? People in their lives, and poets in their careers, have to contend with at least some of these questions. Like many of the poems in “God’s Optimism,” this seemingly specific poem becomes universal. And this dialectic poem ends by transcending the conflict in earlier poems, such as “Professor” while not offering an easy resolution:

You cannot say anything about the disbelievers,
which might offend God.

Eve Grubin is the author of “Morning Prayer” (Sheep Meadow Press, 2005). She is poet in residence at the London School of Jewish Studies.