Storm-Tossed Hungary Gets a Schiff 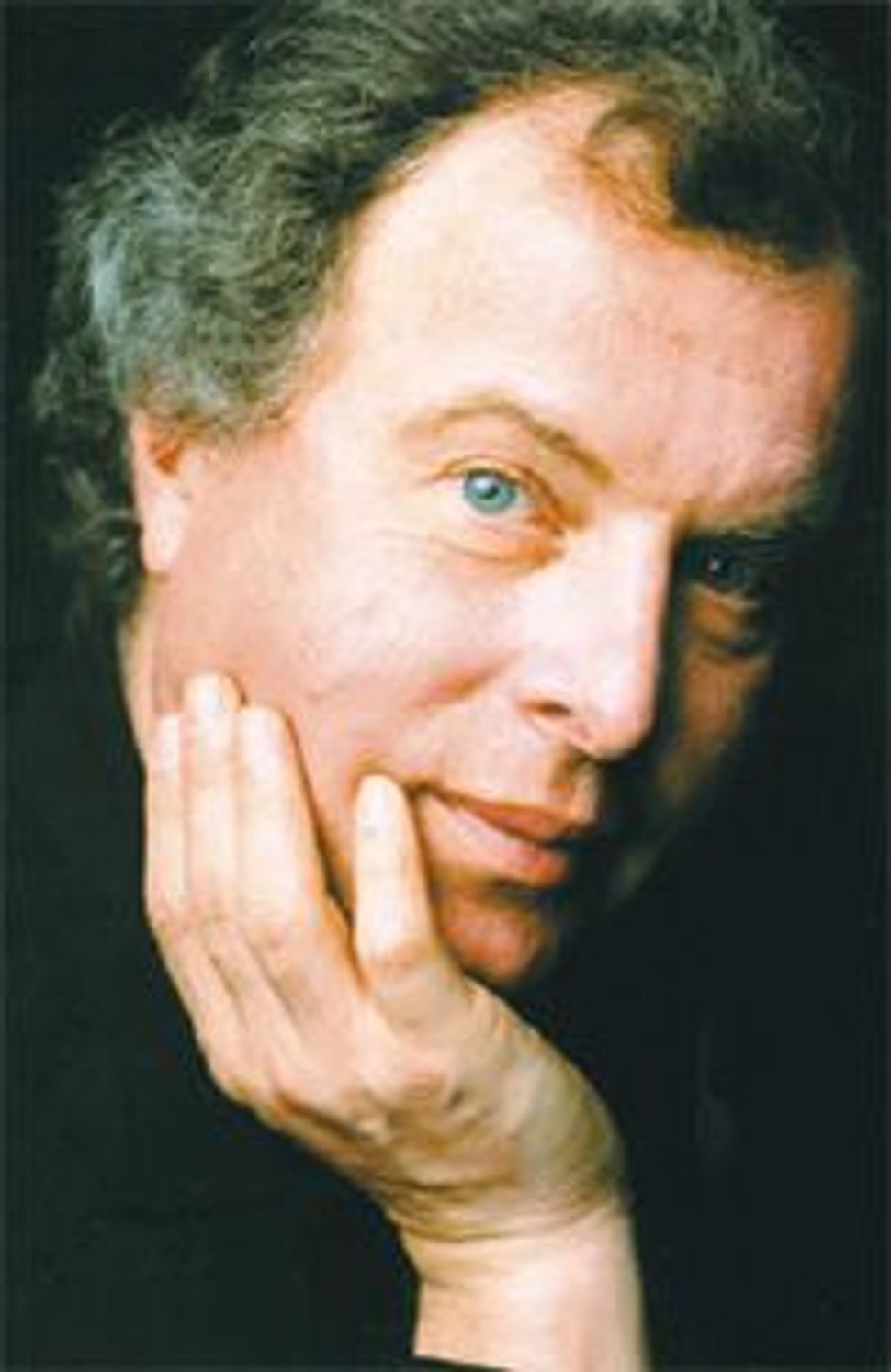 Taking a Stand: András Schiff paints a grim picture of his compatriots and their government. Image by Sheila Rock

Silenced: Passed early by the new government, Hungary?s new censorship laws are the most repressive in the European Union, even putting the country on a par with Russia and Belarus. Image by Getty Images

Decades ago, I interviewed Hungarian-Jewish composer György Ligeti[ at a boutique hotel in the upscale Saint-Germain-des-Prés area of Paris; Ligeti had just received, among many other honors, the Balzan Prize for, as stated on its website, “culture, as well as for endeavors for peace and the brotherhood of man.” I asked Ligeti whether that wasn’t a lot to expect from a composer, above and beyond just writing good music, and he replied, laughing: “I agree! All I really care about is composing music and making love to my wife.” Today, times have changed, and Hungarian Jewish musicians and thinkers have realigned their priorities accordingly, with outspoken courage and steely determination. 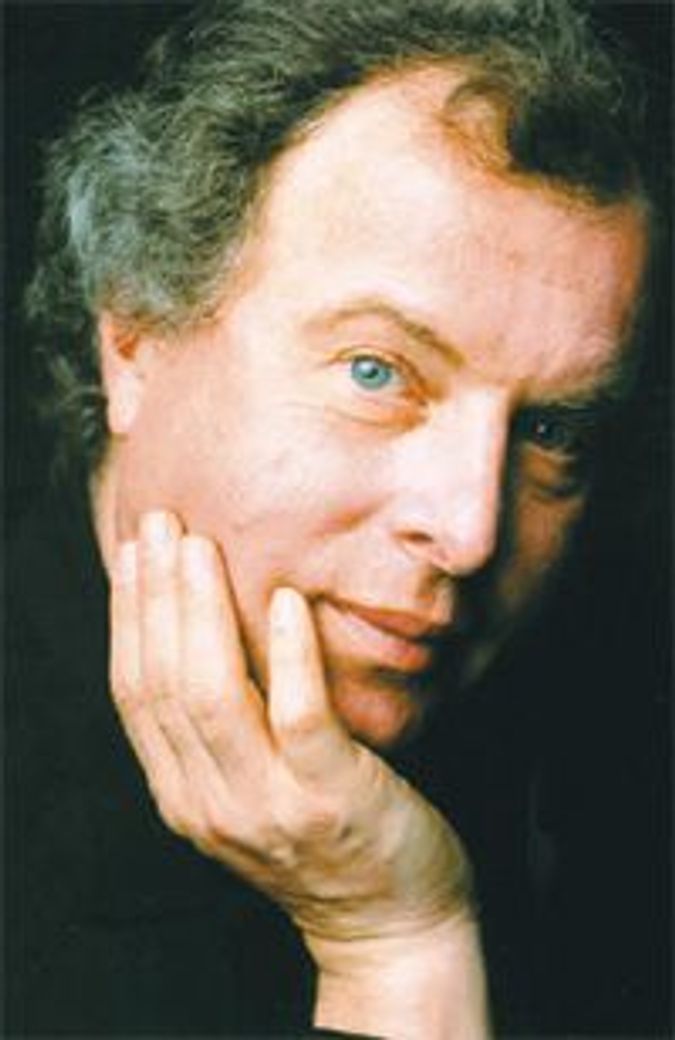 Taking a Stand: András Schiff paints a grim picture of his compatriots and their government. Image by Sheila Rock

At the end of 2010, when end-of-the-year festivities distracted many Jews elsewhere, Hungary’s Jews were bracing for a cresting new wave of anti-Semitism. On December 26, The Washington Post ran an editorial, “The Putinization of Hungary,” cautioning the West against the rise of a populist right-wing government in that country, which indulges in aggressive media censorship and other tyrannical policies. These policies — leaving Hungary’s levels of censorship on a par with Russia or Belarus — come from a Hungary that is not only a member of the European Union, but also the nation currently occupying that association’s presidency.

On New Year’s Day, a devastatingly succinct letter was printed in the Post, congratulating that publication for its editorial. The letter further asserted: “The latest news [from Hungary] is indeed alarming. Tolerance levels are extremely low. Racism, discrimination against the Roma, anti-Semitism, xenophobia, chauvinism and reactionary nationalism — these symptoms are deeply worrying. They evoke memories that we have hoped were long forgotten. Many people are scared.” The letter was signed “Andras Schiff, Florence, Italy,” with added information provided by the Post: “The writer, who was born in Hungary, is a concert pianist.”

Indeed. And Beethoven and Schubert were composers. András Schiff happens to be one of the most accomplished classical musicians in the world today, as can be heard on recent DVDs (distributed in the United States by Naxos of America) from EuroArts of music by Bach and from Medici Arts of Mozart. Schiff, who also has recent CDs out from ECM of magisterial performances of Bach and Beethoven, has also fearlessly fought anti-Semitism wherever it has appeared, whether in his native Hungary or in his adopted — and afterward abandoned — residence of Austria.

Now firmly ensconced in Florence, Schiff further expressed his concern, co-signing an open letter posted online on the website of his friend and colleague, conductor Ádám Fischer, who resigned at the end of 2010 as musical director of the Hungarian State Opera in protest against media laws introduced by Viktor Orbán, Hungary’s current prime minister. The open letter, also signed by such distinguished Hungarian Jews as philosopher and Holocaust survivor Ágnes Heller and historian Géza Komoróczy, is available in English translation on a [British music website][10] and could not be more plain-spoken: “We, artists who love freedom, now observe, with great concern, the extent to which exclusion, aggression towards minorities, and intolerance are on the rise in Hungary and Europe.” At a Brussels press conference in January, Fischer stated: “A lot of the attention has focused on the new law, but the problems run far deeper. Even more worrying are changes to the national constitution that are being drafted, and the rise of anti-Semitism, homophobia and xenophobia in Hungarian society.”

The actual details about such generalized complaints are mostly available so far only in the German-language press. A revealing interview with Fischer, published in the January 11 issue of the newspaper Die Welt, is headlined, “Racism Is Socially Acceptable in Hungary” (“Rassismus Ist in Ungarn Salonfähig”). Fischer cites Hungarian-language graffiti, which he saw at a Budapest tram stop, that read “Drop dead, damn Jews!” as symptomatic of Hungarian society today, where such expressions of hatred are tolerated, if not encouraged, by the current regime. Fischer points out that because few tourists understand Hungarian, graffiti of this type does not “threaten the tourist image of Budapest,” but conveys a powerful message that “anti-Semitism or racism against Gypsies in Hungary is acceptable.”

For his part, Schiff, who generally shuns interviews with music journalists, made himself available to talk to the influential German daily the Frankfurter Allgemeine Zeitung, for an article that appeared January 16.

Schiff states: “What is happening in Hungary reminds me of some nasty dictatorships.” He cites governmental attacks on Hungary’s National Theatre and its artistic director, Róbert Alföldi, who was defamed on the floor of the Hungarian Parliament as “deviant, rowdy, and treasonous.” Schiff adds that Alföldi is “an excellent director” who was calumniated in a “disgusting smear campaign, because he is gay.” Schiff also cites Fischer’s situation, explaining that “artists are free-thinking people who express their opinions, and who perhaps can inspire others to greater moral courage. Right now, I hear very few courageous voices from Hungary, unfortunately. Rather there exists a great apathy.”

Worse than apathy, Schiff’s statements have been greeted in Hungary, as he admits, by “talk of the international Jewish conspiracy” and more-or-less overt threats. A journalist named Zsolt Bayer, one of the founders of the right-wing Fidesz political party and a personal friend of Orbán, wrote in the January 5 issue of the government-approved newspaper Magyar Hírlap an unusually violent article attacking Jews from Hungary (and from other countries). Scorning those who object to Hungary’s repressive new media laws as “traitors,” Bayer singles out for specific hatred “Cohen, Cohn-Bendit and Schiff,” referring to British journalist Nick Cohen, European parliamentarian Daniel Cohn-Bendit and Schiff, all individuals whose names sound clearly Jewish to Hungarian ears. Bayer also referred to Cohen as “stinking excrement” and regretted that all such protesters were not massacred “in the forest of Orgovány,” referring to the site of mass murders by a Hungarian right-wing militia in 1919.

Schiff tells the FAZ that although Bayer is a “savage fascist” (wilder Faschist), his signed articles merely echo many others offering the same message in Hungary today. These are tolerated by the current government, abetted by the fact that so few people outside the country actually read Hungarian: “If [Bayer’s] articles were not in Hungarian, there would be a world-wide scandal.” This scarcity of language comprehension outside Hungary serves as the “great fortune of the mobs who are currently calling the shots” in that land, according to Schiff. He further tells FAZ that Bayer’s words are clearly a “symbolic death threat…. I take it seriously because it is seriously meant.” Schiff has no plans to revisit his homeland, but one must be concerned about the fate of Jews and others in Hungary who dare to speak out about the current situation.

The world’s German-language press has taken notice, and it may be hoped that artists in Hungary and elsewhere can one day soon return to Ligeti’s priorities of delight and joy without being subjected to such assaults on their freedom of expression and identity.

Watch Schiff describe his much anticipated series of concerts, [Perspectives: András Schiff][19], scheduled for this fall at Carnegie Hall, below:

Storm-Tossed Hungary Gets a Schiff