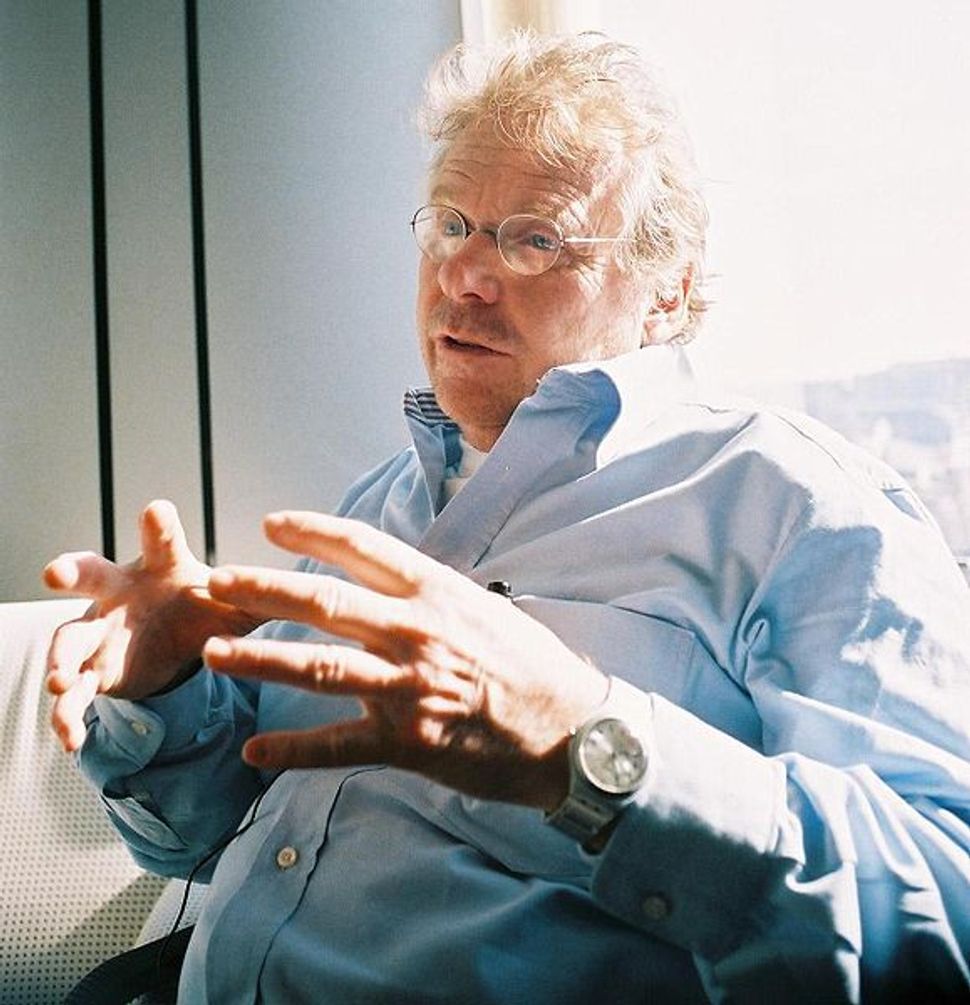 An indelible memory of France’s 1968 social upheaval is the diminutive red-haired German Jew, Daniel Cohn-Bendit, nicknamed “Danny the Red,” popping up gleefully at student protests and shouting to the crowds.

A sympathetic new biography by tabloid journalist Emeline Cazi, “The Real Cohn-Bendit” (“Le vrai Cohn-Bendit”) from Editions Plon, explains that Cohn-Bendit was born to parents who fled the Nazis to Paris in the 1930s, where they hobnobbed with other exiles such as filmmaker Max Ophüls, Walter Benjamin, and Hannah Arendt. In 1963, Cohn-Bendit’s observant mother sent him to Kibbutz HaZore’a in Israel for a few weeks, where the experience of collective labor pleased the anarchistic young lefty.

In America, most 1960s radicals are long gone from the political scene, but Cohn-Bendit is still omnipresent in European media, making pronouncements in German, French, Italian, and even a little English. No less than three books by Cohn-Bendit appeared last year: [“What To Do?”][10]; “Forget 68”; and “For the Planet.”

At 65, Cohn-Bendit advances ecological concerns as a member of the European Parliament and co-Chair of the Greens/European Free Alliance party, and he also appears regularly at commemorations of the 1968 student uprisings, notably in Warsaw in 2008, alongside his friend, Polish Jewish journalist Adam Michnik.

Long delighting in the public eye, Cohn-Bendit’s candidacy for President of the European Parliament, as floated in “The Real Cohn-Bendit,” has lately crashed due to past statements and writings which have been seen by some as admissions of pedophilia, dating back to the 1970s. The mere presence of such allegations, whether true or not, should capsize any higher electoral ambitions. Still, in the April 1 cover story of le Nouvel Observateur, when asked “Who Can Beat Sarkozy?” two French politicians responded, “Daniel Cohn-Bendit.”

Cohn-Bendit’s passion for crude verbal manipulation of historical metaphor should continue to win him headlines; in 1968, he opposed the construction of a new French sports center, claiming that sports centers were “one of Hitler’s methods for distracting young people away from real problems.” Similarly, a chapter in “The Real Cohn-Bendit” is headed with the muddled maxim: “Presidential elections are the AIDS of politics.”

Watch Cohn-Bendit mixing it up with a Swiss politician on TV last year after Switzerland, in a referendum, banned the construction of new minarets attached to mosques: