This is Not a Holocaust Book 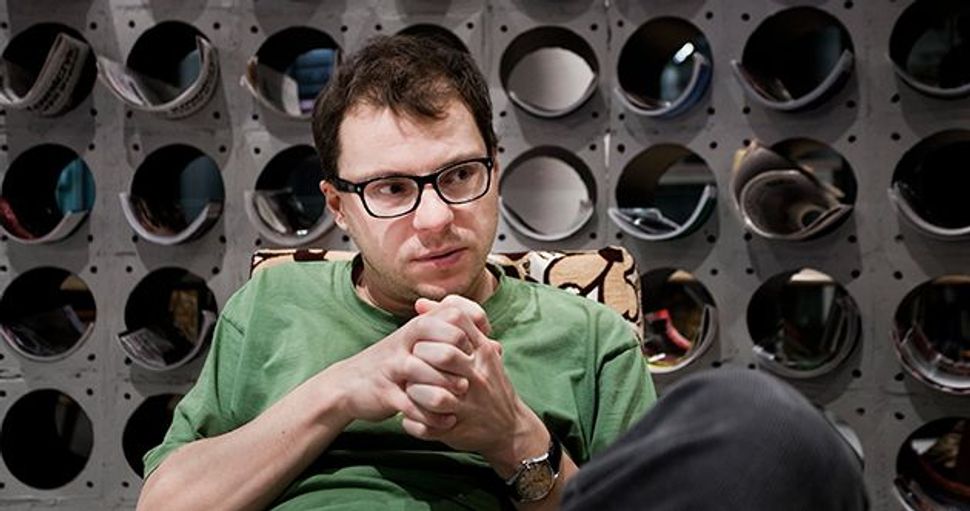 Getting the Message Right: Prize-winning Polish author Piotr Pazi?ski bemoans the misconception that there was no public Jewish culture in Poland after the war. Image by Yassen hristov 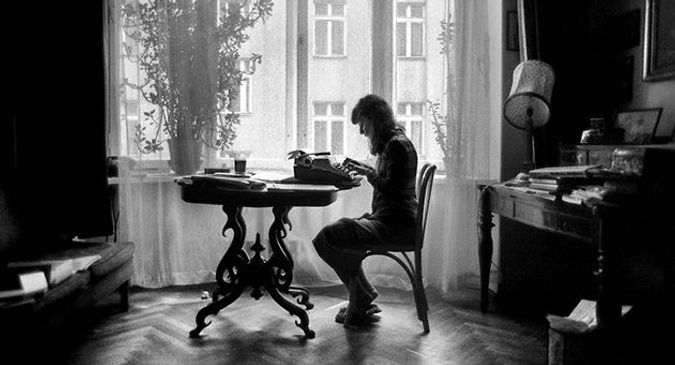 Writing ?Frascati?: A photo of Ewa Kuryluk taken in 1974 at her apartment on Frascati Street in Warsaw. Image by Ewa Kuryluk

Yes, that is correct. The sign on the big shelf in one of the largest bookstores in Warsaw says “Jewish books.” The books — fiction, nonfiction, academic, guides to Judaism and contemporary Jewish life (including a translation of Shmuley Boteach’s “Kosher Sex”) — are all in Polish. Such shelves can be seen in every big bookstore across the country. The readers, mostly non-Jews who are flipping through the pages of the books at this particular bookstore, are most probably the same ones who account for the majority of visitors during the popular Jewish Book Week in Warsaw. The 14th edition of the fair kicks off in May, offering Varsovians the usual mix of book launches, meetings with writers and discounts.

With steadily increasing interest in all subjects and all books Jewish, it seems like a good time to be a Jewish writer in Poland. Make no mistake about it, though — non-Jewish writers both Polish and not Polish account for the majority of the new titles that the fair introduces to the public each year. And yet, however tiny, the Polish-Jewish writers’ scene is also vibrant.

Depending on the generation and the personal experience, Polish-Jewish writers are looking at their Jewish origin from different angles. This spring, “White Maria,” the 18th book by Hanna Krall, one of Poland’s most famous postwar writers, will be published in Poland. While Krall, 75, the leading first Holocaust generation writer, profiled in the April 8 issue of the Forward, deals primarily with the wartime past, famous second-generation Polish-Jewish writers such as Ewa Kuryluk and Agata Tuszyńska write about a different theme, one popular with the second generation: their experience of discovering their Jewish origins.

Piotr Paziński, the 37-year old editor-in-chief of the Polish-Jewish bimonthly magazine Midrasz, also shared some childhood memories in his 2009 debut novel — but in a more blatantly fictional way. The media immediately picked up on the book, and Justyna Sobolewska of the most influential Polish weekly news magazine, Polityka, was representative in labeling him “the first literary voice of the third Holocaust generation.” Paziński, however, wanted simply to perpetuate the memory of the residents of the only Jewish guesthouse in Śródborów, just outside Warsaw: the people who he was surrounded by as a kid. “One day, I just took my laptop and went there,” he explained. “I started writing immediately. I particularly wanted to revive, at least in the book, the unique language of the guests — Polish with Yiddish syntax. I spent a lot of time trying to remember that specific language of the prewar Jews, the last remnants of a once vibrant Polish-Jewish community.”

His novel “Pensjonat” (“Boarding House”), which presents a few of the most notable residents of the guesthouse, won the 2009 Paszport Polityki prize for literature, one of Poland’s most prestigious awards presented annually by Polityka.

The label “the first literary voice of the third Holocaust generation” did a good marketing job, and sales were excellent, yet the author is not happy with it. “It implies that this is a Holocaust book and this is exactly how many readers perceived the book,” he said. In fact, few saw what the book truly represents. Paziński takes the Jewish experience to a new level by depicting Jewish life in postwar Poland — declining and overshadowed by the Holocaust, but nevertheless intellectually intense.

Paziński was criticized by some of his readers for not addressing the Holocaust and sympathizing with its victims in his book. Despite readers’ expectations, Paziński couldn’t write a book about his Jewish trauma, as he simply doesn’t have one to begin with. “The message is all wrong,” he said, groaning. “Reading books by Polish-Jewish writers, one might get the wrong impression that there was no Jewish life in Poland after the war, or at least that being Jewish was a highly secretive thing. This is not completely the case. Back in the ’70s and ’80s, there were people who had always known they were Jewish and who led a normal, but entirely secular, Jewish life like me, a happy kid at the unique Jewish guesthouse. We certainly need more voices proving that Jewish life in Poland wasn’t built from scratch after 1989.”

Some of the readers — and a few writers, as well —also need a new language when it comes to describing Jewish stories. “Frascati,” Kuryluk’s 2009 critically acclaimed account of how her mother was saved by her future husband, is one example of a new, less dramatic trend in Polish-Jewish literature. Only after her mother’s death did Kuryluk discover the details of the story, and she incorporates into her style not just the dramatic events of her mother’s survival, but also a sober reflection upon her peaceful passing.

“Unfortunately, this so-called new, less dramatic trend is not as big yet as it might seem. Nowadays one still needs a more sensational approach, a handful of dramatic gestures and even hysteria in order to sell, including a book on the Holocaust. Nevertheless, those who want to could still use their silent voice and drop the drama in their works. I do believe that the writing approach we go for is a projection of our generation. This new way of writing eventually will come more naturally to young Jewish writers in Poland,” Kuryluk wrote in an e-mail to the Forward.

Paziński, embracing the trend, also calls for a new Polish-Jewish literary language. For the time being, Paziński seems to be not only the first, but also the only, literary voice of Poland’s third generation. After a year of writing, when Paziński finished “Pensjonat,” he placed a call to a friend of his who also happens to run a one-person publishing house. This is how the book got published. The Polityka recognition contributed to the fourfold boost of sales. These days, Paziński, who is now working on a new novel, is waiting to hear from publishers in the Czech Republic and Germany with final details regarding the publication of the book in these countries.

Curiously, many of the early readers of the book are Poles who live abroad. “Initially I wanted to reach out to all these people who have similar memories like me,” Paziński said. “The majority of them are scattered across the globe, but they somehow find the book. I didn’t mention the location of the boarding house for a reason. It was obvious to them which boarding house I mean. The location wasn’t necessary.”

This is Not a Holocaust Book