The Clock Strikes Now for the New Klezmer Wave 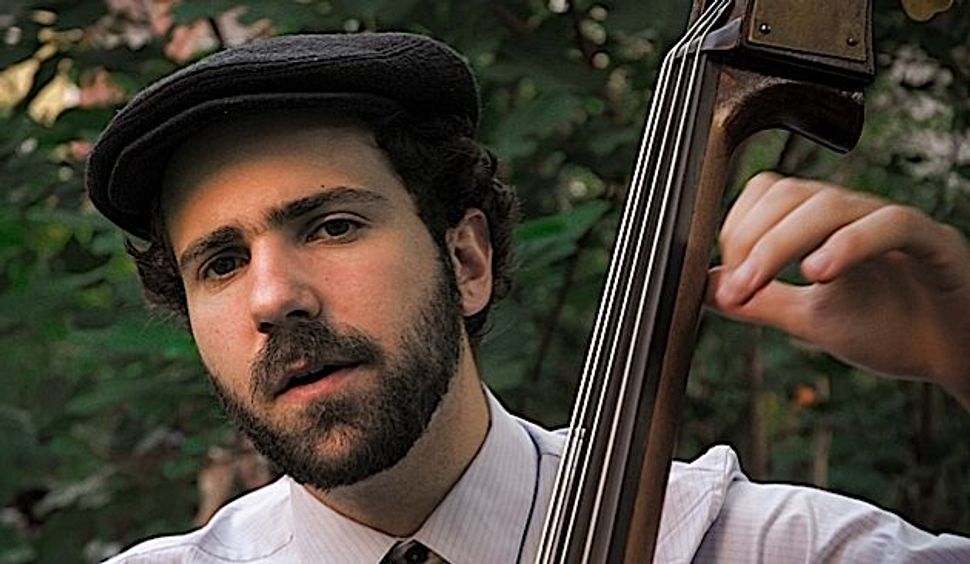 There’s a new sound in Jewish music. It’s coming from young musicians with one foot in Brooklyn and the other on klezmer’s silk road through Europe: Paris, Berlin, Krakow, Budapest and points east. These musicians have bands with cheeky names, like Yiddish Princess and Electric Simcha, and they’ve come of age in a cultural landscape utterly transformed by the past 35 years of what is usually called the “klezmer revival.” They’re beneficiaries of the great cultural reclamation undertaken by their teachers and mentors, and if anything argues for the existence of a new Jewish cultural continuity, it’s this circle of self-assured young Jewish artists.

These musicians — Michael Winograd, Jake Shulman-Ment, Sarah Gordon and Dmitri Slepovitch, to name but a few — are the children, figuratively and, sometimes, literally, of that great first wave of klezmer revivalists. In their 20s now, they take for granted the institutions and paths blazed by their teachers. They’re as comfortable in a conservatory as in the makeshift practice rooms of Jewish music retreats, like KlezKamp and KlezKanada. They’ve perfected their klezmer technique by studying with the stars of the first wave, and now they’re coming into their own as mature artists. Bassist and Yiddish singer Benjy Fox-Rosen, a frequent collaborator on the new Brooklyn scene, now makes his mark with his debut CD of Yiddish songs, “Tick Tock.”

On the album “Tick Tock,” a new Yiddish song by Moldovan troubadour Efim Chorney bumps up against the bittersweet poetry of Mordkhe Gebirtig and the risqué vaudeville humor of Yiddish song-and-dance man Aaron Lebedeff. The music, some original and some traditional, is fresh and surprising. The musicians who play with Fox-Rosen on the CD aren’t just superb, they’re also his peers, friends, neighbors and teachers, and together they create an original snapshot of 21st-century post-traditional music.

Though now based in Brooklyn, Fox-Rosen, 26, grew up in Los Angeles. He came to New York to study jazz at The New School with a focus on avant-garde and experimental jazz, the folk music of downtown Manhattan. By chance, at the end of his time at The New School, Fox-Rosen was asked to play bass with Luminescent Orchestrii, raucous practitioners of traditional and untraditional Eastern European music. Touring Europe with Luminescent Orchestrii was an education in the co-territorial styles — Gypsy, Balkan, Trans-Carpathian — so important to the Yiddish musical vocabulary. When the band suggested that Fox-Rosen sing a song in an Eastern European language, Yiddish was the obvious choice. His grandmother, a Krakow native, had already planted the idea years before, when she introduced him and his cousins to the poetry of Gebirtig, beloved poet of the Krakow ghetto.

The title of the CD, “Tick Tock,” is taken from a Gebirtig song. Set to a nigun, a wordless spiritual folk melody, written by Fox-Rosen, it’s one of the best songs on the album, heavy with an almost ominous melancholy as a man says goodbye to his lover. The simple words show off Fox-Rosen’s accomplishment as a vocalist.

Fox-Rosen’s exploration of Yiddish song wouldn’t have been possible without access to two crucial resources, both of which underline the intergenerational nature of this new Brooklyn sound. As a student, Fox-Rosen spent a semester in 2006 studying vocal technique with Lorin Sklamberg. In addition to being a founding member of The Klezmatics, Sklamberg is the sound archivist at the YIVO Institute for Jewish Research. Not only did Sklamberg teach Fox-Rosen to sing in Yiddish, but he also shared his deep knowledge of archival Yiddish material.

Fox-Rosen told me that when he learned “Dray Tekhterlekh” (“Three Daughters,” another Gebirtig song on the CD) from Sklamberg, “I would listen to five or six recordings of it at the YIVO Sound Archive.” And so it went for many of the other songs he learned from Sklamberg: He had a “crash course in recorded Yiddish vocal music.” In addition to studying voice with Sklamberg, Fox-Rosen went on to do a formal internship at the YIVO Sound Archive and further deepened his connection with the primary sources of modern Yiddish music, listening to as much as he could during his time there.

That kind of immersion in archival recordings could lead to a lifeless attempt to re-create a historical sound. On “Tick Tock,” however, the influence of generations both near and removed is deeply felt, but never overwhelms. His setting of Peretz Hirschbein’s “A Maysele,” for example, is a hypnotic dub reggae jam that owes as much to Fox-Rosen’s European collaborators’ fascination with Jamaican music as it does to traditional Jewish music. This skillful negotiation of traditions and generations makes “Tick Tock” so interesting to hear and so much fun to dance to.

Rokhl Kafrissen is working on a book called “The Myth of the Yiddish Atlantis: Toward a New Theory of Dynamic Yiddishkayt.”

“Tick Tock” will be released April 30 at a concert featuring legendary Yiddish vocalist Adrienne Cooper, followed by a dance concert (tantzhoyz) with Benjy Fox-Rosen and friends, at 7:30 p.m. at New York’s Ukrainian East Village Restaurant. The concert and tantzhoyz are sponsored by the Center for Traditional Music and Dance and The Workmen’s Circle.

The Clock Strikes Now for the New Klezmer Wave