Her Life Was Saved by Rock ‘n’ Roll 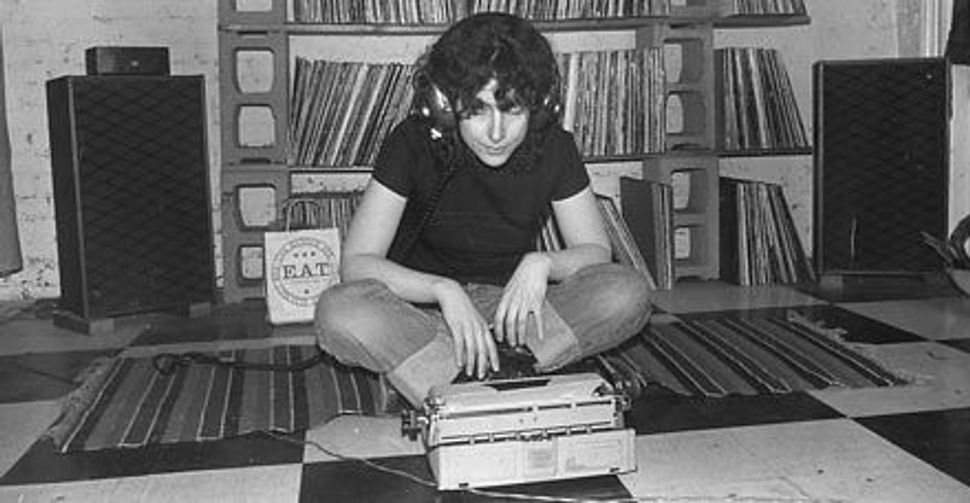 Image by Courtesy of University of Minnesota Press 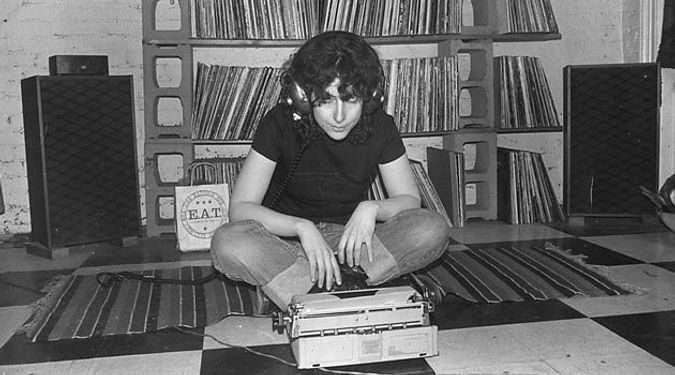 A Rock ?n? Roll Type: Ellen Willis, circa 1982, sitting calmly with the tools of her trade. Image by Courtesy of University of Minnesota Press

When I was in yeshiva, I had, crammed between my bed and the wall of my cockroach-infested dorm room, an AM/FM radio and cassette player on which I listened to contraband music such as R.E.M., Simon & Garfunkel and Pink Floyd. Say what you will about my taste in those days — though I make no apologies — listening to those bands was a protest against the yeshiva’s prohibition on secular music, as well as a window onto a world of culture and feeling beyond the school’s isolated suburban campus.

In her touchstone 1976 essay, “Next Year in Jerusalem,” music and cultural critic Ellen Willis, in recounting her near conversion to Orthodox Judaism, relates a similar episode. It wasn’t that listening to music caused her to reject the overtures of Noach and Dena Weinberg, founders of the Aish HaTorah yeshiva in Jerusalem; rather, it was the life experiences rock music represented that ultimately trumped a religious worldview. “Rock had been a major factor in my recovery [from depression],” she wrote. “It had the power to move me when almost nothing else did.” Or, as the epigraph that introduces the essay’s final section proclaims: “You know her life was saved by rock and roll.”

That essay, published at an astounding 20,000 words in Rolling Stone magazine, is not included in the new collection of Willis’s writing, “Out of the Vinyl Deeps: Ellen Willis on Rock Music,” edited by her daughter, Nona Willis Aronowitz. Still, the themes it addresses and the qualities it displays are present in just about everything Willis ever wrote: the quest for both happiness and meaning, the unwillingness to embrace easy answers, and the ability to juggle competing and contradictory viewpoints while showing her own struggles in the process.

Born in 1941 and raised in Queens, Willis began her writing career with a single essay on Bob Dylan in Cheetah magazine, which led to a job as The New Yorker’s first pop music critic, in 1968. In subsequent years, Willis stopped writing about music in favor of feminist issues, such as abortion and pornography, as well as on subjects ranging from Reichian psychoanalysis to American foreign policy to anti-Semitism. Rock music, she felt, no longer played the central role it had during the 1960s and ’70s, and as she got older there was barely any new music that she wanted to listen to or write about.

But there was never a radical break in Willis’s criticism, despite the change in subject matter. Even when she was writing about Dylan, The Velvet Underground and Janis Joplin, she was always primarily interested in larger political and cultural questions.

Willis, who died of cancer in 2006, was the best kind of political music critic. She did not view music, or any part of pop culture, as merely a symptom of society’s subconscious beliefs, nor did she use it as evidence of her own predetermined positions — a peg on which to hang her political hat. Rather, she struggled with rock’s contradictory role as both product and agent of cultural change, avatar of the counterculture and bourgeois commodity, impetus to liberation and conveyor of backward misogynist mythologies.

In her earliest writing on Dylan, Willis noted the discrepancy between rock music as a commercial product and a grassroots phenomenon in which any kid could form a band and hope to become a millionaire. Of course, the capitalistic nature of that aspiration was not lost on her. As she wrote in a 1969 Village Voice article on the Woodstock Music and Art Fair, “[Rock’s] rebelliousness does not imply specific political content; it can be — and has been — criminal, fascistic, and coolly individualistic as well as revolutionary.”

Even when the music appeared to confront the prevailing political or cultural establishment, Willis was not naive about the ways in which the same forces could repurpose rock for their own ends. Referring to Lenin’s line about the capitalist selling the rope with which to hang himself, she drily noted that capitalists are also “experts at palming off fake rope.”

Yet Willis was eager to celebrate the potential of rock music as a popular, youth-based medium that could convey subversive ideas and disrupt conventional morality. And in some cases, albeit rare ones, she praised an artist for the ability to change the cultural momentum for the better.

This was the case with Joplin, who struggled with the role of a female singer in a male-dominated sphere, but also had the talent and courage to create art on her own terms. This extended not just to music, but to Joplin’s entire persona, which expanded the boundaries of female self-invention in ways large and small. As Willis candidly remarked, “It was seeing Janis Joplin that made me resolve, once and for all, not to get my hair straightened.”

If Joplin was a rare object of almost unadulterated homage and sympathetic identification (Willis herself was one of the few women rock journalists), more often Willis was profoundly conflicted, especially when confronting the misogyny of rock bands such as the Rolling Stones or the Sex Pistols, whose music she loved despite its politics. “And there lay the paradox,” she wrote in a 1977 Village Voice essay on women’s music and punk.

Music that boldly and aggressively laid out what the singer wanted, loved, hated — as good rock-and-roll did — challenged me to do the same, and so, even when the content was antiwoman, antisexual, in a sense antihuman, the form encouraged my struggle for liberation. Similarly, timid music made me feel timid, whatever its ostensible politics.

In essays such as these, Willis demonstrated the qualities that made her a truly outstanding critic: personal but not self-indulgent, confessional without being maudlin, raw in her honesty without losing polish or vigor. It is difficult to say now, as she once did, that “a serious rock star aspired not only to entertain the public but to alter its consciousness and so in some sense affect history.” Yet the benefits of reading Willis’s music writing are not contingent on an interest in the artists she discusses or even in rock music generally.

Willis’s criticism demonstrates a forceful and forthright mind that is rare among writers of any kind, on any subject. Through Willis’s prism, the world becomes at once more clear, and more complicated. Though she was a seeker who took emotional and spiritual experiences seriously, it is apparent, from her writing on music, that she could never really be taken in by any kind of fundamentalism. Her credo, as she expressed it at the end of a stunning 1979 essay on The Velvet Underground, was one of both hope and skepticism, as well as a prevailing faith in her own quest and that of others.

What it comes down to for me… is this: I believe that we are all, openly or secretly, struggling against one or another kind of nihilism. I believe that body and spirit are not really separate, though it often seems that way. I believe that redemption is never impossible and always equivocal. But I guess that I just don’t know.

Ezra Glinter is the editor of The Arty Semite blog and is the arts and culture fellow at the Forward.

Her Life Was Saved by Rock ‘n’ Roll