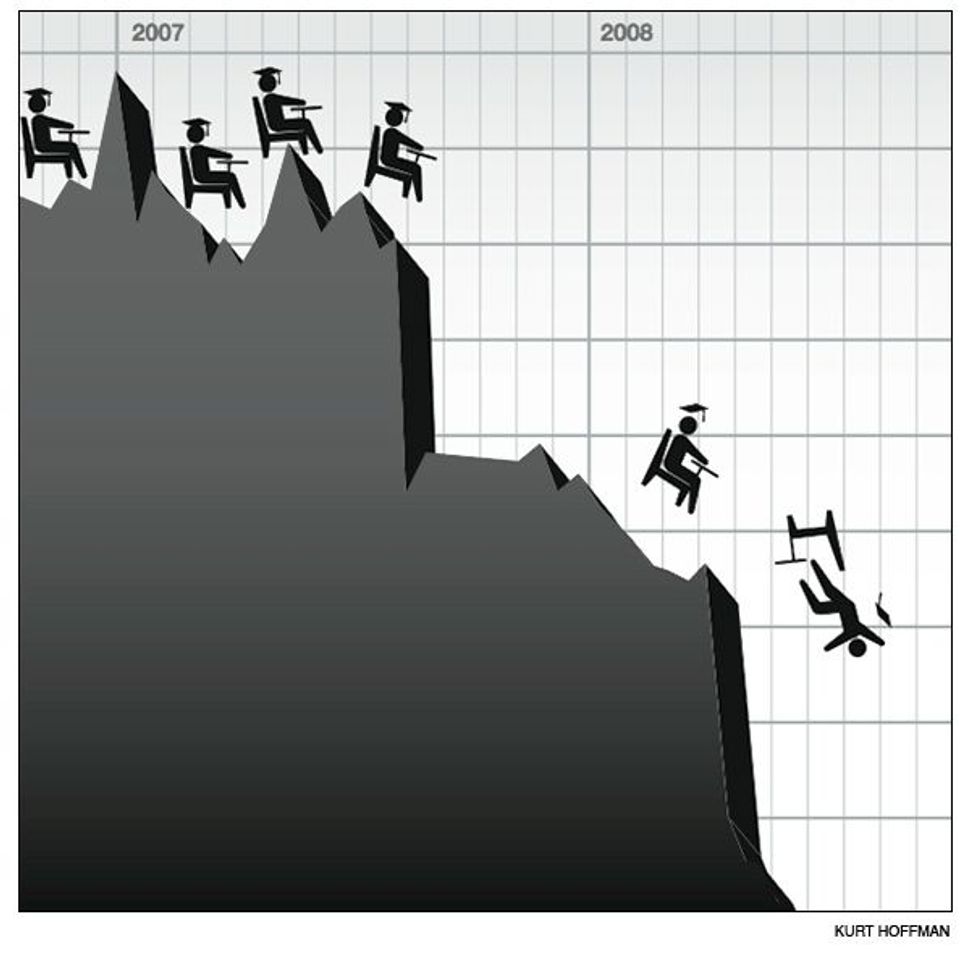 By all accounts, Isaac Bitton had a pretty good summer in 2007. As owner of the commercial company Apex Suspended Ceilings, he was making enough money to live a comfortable life with his wife and three kids in suburban Los Angeles, and had just opened a new business installing swimming pools in residential properties. As he did every year, Bitton shelled out $36,000 in tuition for his two sons to continue their education at Abraham Joshua Heschel Day School, a nearby community Jewish day school; and on top of tuition and bills, Bitton and his wife, Limor, were able to save money and use some extra cash to splurge on travel.

This summer, with business slowed down due to a faltering economy, Bitton is now worried that he will not be able to afford the $40,000 it would cost to continue sending his sons to day school.

After applying for financial assistance, something he never had to do, he received a total of $1,000 in aid, far too inconsequential an amount to make a difference.

“The most important thing for me was to keep my kids in the school,” Bitton explained. “We love the school, my kids are blossoming there. We just couldn’t see them going anywhere else.”

Bitton, like many other Jewish families, is facing harsh financial realities as the economy continues to slow down. For people like the Bittons, who had managed to create a comfortable middle-class life while giving their kids a formal Jewish education, paying tuition in full is harder these days. As a result, Jewish educational institutions are feeling the pinch.

Around the country, Jewish day schools and high schools are coping with dropping enrollment, more requests for financial assistance and reduced fundraising dollars.

“The impact is felt in the Jewish middle class, which is either not enrolling because they know they can’t afford it, or they’re leaving because even with financial aid they can’t afford it, or they’re embarrassed to ask for financial aid, because they never had to before,” said Mark Kramer, who is executive director of Ravsak, a national network of Jewish community day schools. 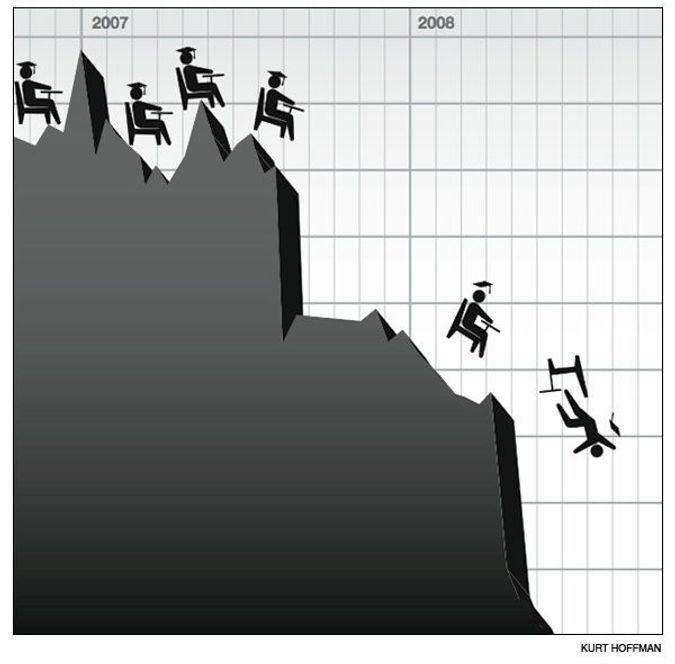 It’s too soon to measure the depth of the problem this year, but previous studies have documented the effects of hard times on Jewish educational institutions. In 2003, Marvin Schick, a senior educational consultant for the Avi Chai Foundation, conducted a study in the wake of the 2002 recession about the impact of the economic downturn on Jewish day schools. He found that 84 of 88 schools surveyed said that they were affected by the poor economy — and 60% of those said that the impact was considerable.

“News will be dark come September, because this economic downturn is far more frightening than previously, and tuition is going up,” Schick explained. “For families that are struggling or families who seem to think they have other options, it’s a stretch to believe that they will continue to send their kids to day schools. Now they have an additional burden of losing their job, or losing the value of their investments.”

For Bill Zuckerman, that burden is proving harder to manage. When he got laid off from his job at Motorola last summer, he decided to prolong the job hunt and take a few months off to spend time with his 3-year-old daughter, Orly, before his new daughter was born. But those few months have turned into more than a year, as the job hunt becomes increasingly difficult. Though he and his wife, Iris, live in the upscale Lincoln Park neighborhood of Chicago, paying for Orly to attend Gan Gani, a Jewish preschool program, has become difficult.

In order to keep Orly in school, the Zuckermans have had to forgo vacations and curb their spending. Though they send her to Gan Gani’s summer program for only half-days in order to save money, they are concerned about paying for the coming year. If their finances continue to suffer, they might consider moving to the suburbs in order to send their children to public school.

According to Joyce Raynor, head of the Solomon Schechter schools in West Orange, N.J., concerns over tuition expenses are widespread.

“More families are asking for tuition assistance, and families that got tuition assistance for a number of years are requesting more money,” Raynor said. “All of us hope that this is short term, but in the interim we don’t want them to stop sending their kids to school.”

Though some Jewish families feel that they have a choice between sending their children to Jewish day schools or to public schools, for many Orthodox families, public school is simply out of the question.

“If you call yourself Orthodox, it’s a question of how deep in the hole in debt you’re going to go, because sending your kids to public school is not an option,” said Rabbi Yaacov Dvorin, principal of Hillel Torah North Suburban Day School in Skokie, Ill. At Hillel Torah, administrators have had to adjust tuition according to what families can pay. “We’re very sympathetic to families to make it work. They can pay it off in 15 years. There’s no one route.”

Deborah Shimko and her husband, David, sold their spacious apartment on the Upper West Side of Manhattan to keep their five children in Jewish schools. With four at Ramaz high school and the youngest at Manhattan Day School, both of which are Modern Orthodox schools, and a tuition bill of nearly $30,000 for each child, the Shimkos had to downsize because they were not willing to send their children elsewhere.

“I really believe strongly in Jewish education,” Deborah Shimko said. “If you don’t get a fundamental understanding of who you are and where you come from, when are you going to get it? I don’t think you can get that from Hebrew schools.”

Despite the bleak outlook, some schools have defied the odds. At Kehillah Jewish High School in Palo Alto, Calif., admissions director Marily Lerner said the school is set to welcome its largest class to date. The numbers, however, could be an indication of the lack of competition in the area. According to Lerner, the school is the only Jewish high school between San Francisco and Los Angeles. Its largest competition comes from a nearby public school, which budget cuts have made a less attractive option. With tuition set at $26,400 for the coming year, the high school also has a generous financial aid program that can be supplemented by funds from a nearby foundation that gives money for Jewish education.

Lerner believes it is these factors, along with the school’s reputation as a warm, inclusive environment, that have made Kehillah successful.

But Josh Elkin, executive director of the organization The Partnership for Excellence in Jewish Education, which works to strengthen Jewish day schools, said that it is hard to generalize how the economy is affecting schools, because there is no systematic data.

“There are schools that are affected or having some struggles; in some cases the struggle predates the economy, and there are other schools that are doing fine. They’re holding their own, numbers are up, and [there] may be some increases in financial aid, but they’re handling it,” he said.

For some families and schools, though, the new financial reality is a real obstacle.