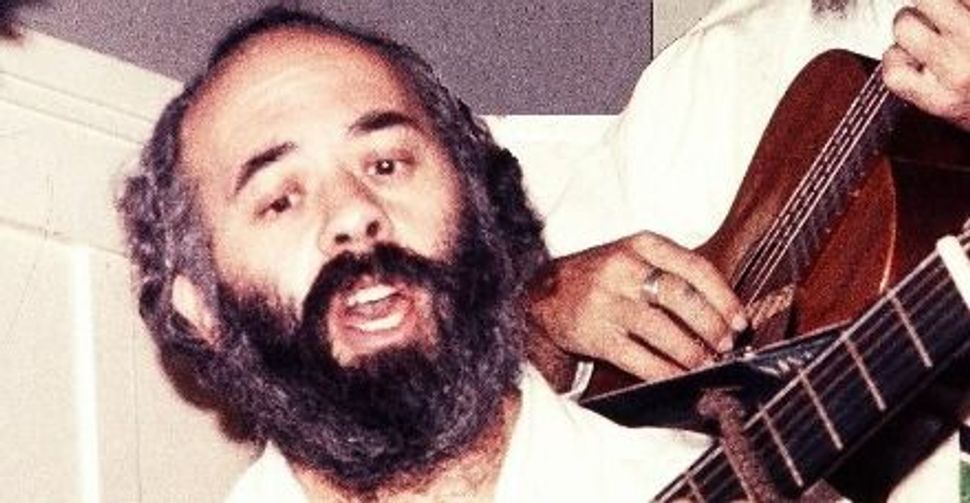 HOLY BEGGARS: A JOURNEY FROM HAIGHT STREET TO JERUSALEM
By Aryae Coopersmith
One World Lights, 400 pages, $18

‘Holy Beggars” is a much anticipated account of San Francisco’s House of Love and Prayer, which served as an important home of the Jewish counter-culture from 1967 to 1971, and its spiritual leader, Rabbi Shlomo Carlebach. It is a courageous book. It is also a tragic book, tragic because it exhibits through the lens of one life how this great counter-cultural Jewish experiment could not fulfill its radical promise and potential for revolution. 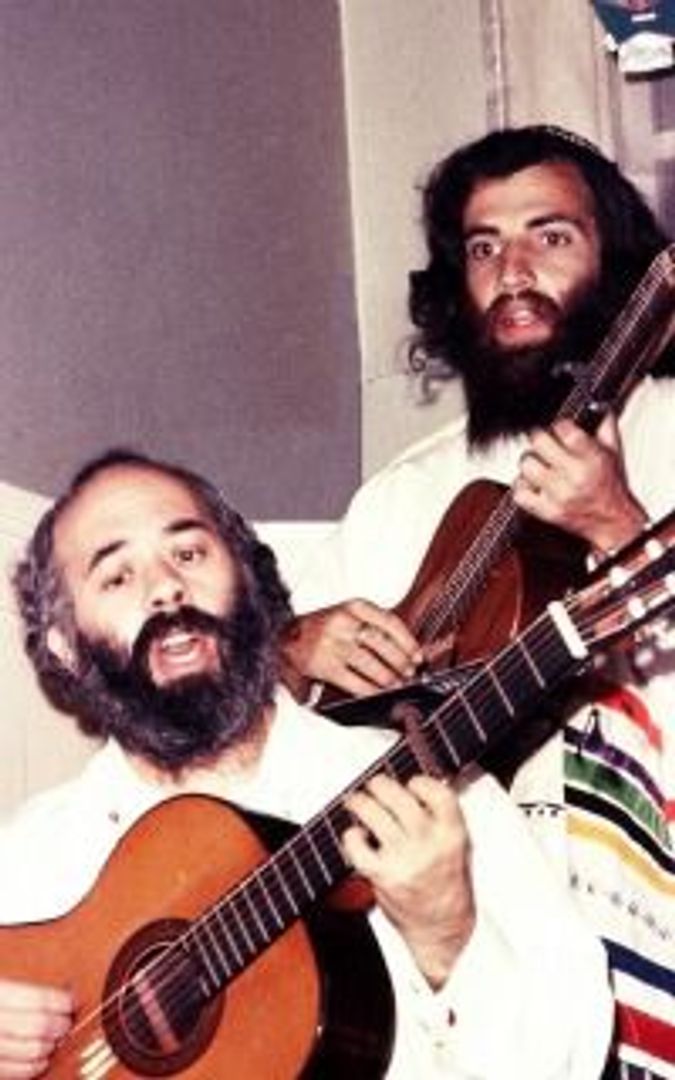 Aryae Coopersmith was a 22-year-old college student when he encountered a group of like-minded Jewish (and non-Jewish) hippies in the Haight-Ashbury neighborhood of San Francisco who had been “turned on” by a young rabbi from the East Coast named Shlomo Carlebach. Most, like Coopersmith, were stumbled upon by members of this fledgling scene or stumbled upon it themselves by accident. That was the way this episode of the counter-culture took shape. It was a disorganized ensemble of committed (mostly middle-class) nonconformists. Little did they know that in the smoky haze of the Haight, in the free love and be-ins of Golden Gate Park, American Judaism would be forever changed. Or would it?

“Holy Beggars” is not a history of the House of Love and Prayer. It is Coopersmith’s honest spiritual memoir about a successful businessman who, in his 60s, set out to make sense of his counter-cultural past. That life, both its joys and unfulfilled dreams, happens to be inextricably intertwined with an explosive moment in American Judaism when post-Holocaust Judaism met the baby boomers on acid. The book is written by an insider, one who nevertheless views himself as marginalized, someone who thinks he failed to live Carlebach’s dream. It is true that Coopersmith did not follow the close circle of Carlebach’s early followers into Orthodox and ultra-Orthodox Judaism in Jerusalem or in Brooklyn. He opted for a largely secular life in the Bay Area. But Coopersmith’s unwillingness to step through the rainbow matrix into the black-and-white world of Haredi Judaism is less of a failure than he thinks.

“Holy Beggars” is an entertaining, sometimes rambling account of Coopersmith’s early life with Carlebach and the reunion with his old friends in Israel more than 30 years later. Included are the mad-cap adventures of Carlebach’s “holy hippielech,” (a term that Carlebach often used to describe his hippie followers), those searching souls who stepped through the Looking Glass into the romantic Hasidic world that Carlebach created in his stories, teachings, and songs. The book shows how much these young men and women wanted to be changed by Carlebach’s vision. What they knew less about was how much he was changed by them and how much he wanted them to change Judaism.

The story “Holy Beggars” tells is fascinating, heart wrenching, and provocative. It raises a set of issues worth investigating in order to ascertain the successes and failures of this counter-cultural experiment. The book makes clear that though Carlebach was a genius at making Judaism a compelling option for spiritual seekers, he had no idea what to do next. He could create worlds in a story or a song but had no personal capacity nor trusted follower to bring that new vision into a sustained religious community. The fact that many in Coopersmith’s book found a home in the Haredi Judaism that Carlebach romanticized yet ultimately rejected (both personally and ideologically) tells us a lot about the ways in which Carlebach’s followers selectively heard his message.

Coopersmith recounts a significant anecdote about a discussion in The House regarding a mechitza, a physical barrier separating men and women during prayer. He asked Carlebach if The House should have such a barrier. “Shlomo [Carlebach] laughed and said, ‘There are enough walls in this world between people. What we’re here to do is tear them down.’” Not only does this subvert Orthodox practice, but it also arguably undermines normative halachic Judaism as presently construed. Solidly rooted in a halachic tradition he was deeply ambivalent about, Carlebach knew exactly what he was saying. But when his holy hippielech, most of whom did not have deep roots in the tradition, made their way into the world of Haredi Judaism, Carlebach’s critique was lost in the rigidity of the Orthodox establishment.

Herein lies the tragedy of the revolution. Carlebach saw what was wrong with the Haredi world to which he provided an entrée. He wanted to open up the Hasidic world to something new. But he didn’t know how, and just ended up opening it up to receive, and subsume, a lost group of holy hippielech — sandals, rainbow prayer shawls and all.

When Coopersmith and his friends were running The House, students were taking over the campus in Berkeley across the bay, contemporaries of members of The House were being killed every day in Vietnam, and African Americans were being beaten and lynched in the South. Coopersmith and his friends identified with that protest movement against immorality and injustice, although most chose a spiritual rather than an activist path. Yet Coopersmith is puzzled that when many of these same people became Haredi Jews in Jerusalem, none seemed at all disturbed about the Israeli occupation of the West Bank and Gaza, about the injustices before their eyes being carried out in their name.

Carlebach is a cultural hero among many settlers, even radical ones. Their rebbe wanted to “tear down walls,” but they built more. The Facebook page of a member of Carlebach’s moshav in Israel says it all when she lists her political views as “right on Israel, left on everything else.” Of course, one could cite Carlebach justifying such a position. And one could cite him justifying just the opposite — and mean both sides. But few can live permanently in that state of ambiguity. And few did. The humanistic embrace of the “other,” and the deep commitment to the Jewish people, could not bear the weight of the strident Haredism that many of Carlebach’s holy hippielech chose.

Coopersmith seems to lament his lost opportunities when he reunites with his ex-hippie friends in Jerusalem (he changes names, but the characters are easily identifiable). They seem to have almost become characters in a Carlebach story. But Coopersmith doesn’t seem convinced that their Haredi happiness is congruent with Carlebach’s message. Maybe he heard “the rebbe” a little differently from the way they heard him.

He is disturbed and feels pain when he passes through roadblocks on the way to the Carlebach moshav (from Jerusalem, you pass by a section of the West Bank before re-entering the area of Israel where the moshav is located). He has compassion when his wife runs away from a Carlebach minyan after being forced to stand behind a mechitza that excludes her. He writes courageously and honestly about Carlebach’s affairs with women. He openly expresses the hurt he felt by being a victim of Carlebach’s perennial broken promises. Coopersmith avoids hagiography. He accepts and loves Carlebach as his rebbe for who he was, without making him a caricature of a holy man.

The House of Love and Prayer could not have survived. It was not about survival; it embodied a fleeting moment in time — a moment that had the potential to transform completely, but ended up changing little of substance. In 1969, standing on a bridge over Stow Lake, in the Bay Area, at sunrise, Coopersmith looks at his friends, the “holy beggars” and says that “our lives, together with our world, are changing fast. In a couple of years none of us, none of us, will be where we are now.” But where did they go? Carlebach was a masterful guide into a tradition he simultaneously loved and thought was damaged and desperately in need of repair, but he left no map to navigate its winding alleyways.

The story of Shlomo Carlebach is a story yet untold. “Holy Beggars” tells another story: that of one man caught in the whirlwind of change and in the tragedy of an episode that bore scant fruit. Coopersmith may have absorbed more of Carlebach than he imagined. He still “doesn’t know.” And that is as Carlebachean as it gets.

Shaul Magid is the Jay and Jeannie Schottenstein Chair of Modern Judaism at Indiana University Bloomington. His most recent book was the award-winning “From Metaphysics to Midrash” (Indiana University Press, 2008).