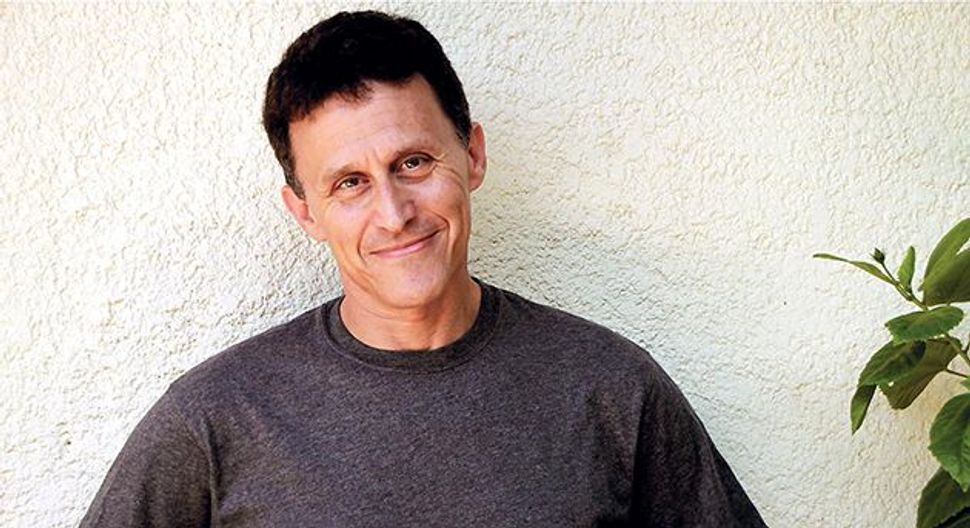 WHEN WE DANCED ON WATER
By Evan Fallenberg
Harper Perennial, 272 pages, $14.99

Israeli writer Evan Fallenberg has now twice asked readers to sit inside the heads of difficult people and give them the unconditional love that their most intimate relations struggle to fully provide. In both of his novels — the critically acclaimed and prize-winning “Light Fell” (Soho Press, 2008) and the new, just as beautiful, “When We Danced on Water” — central characters are introduced in their present states of hunger and numbness, before a carefully engineered plot circles back through their pasts to illustrate the reason these characters’ realities are so desperate. It’s a good formula, and one that helps to anchor readers in the lush and tumultuous world of “When We Danced on Water.” Fallenberg writes in English, and the clarity and nimbleness of his prose reveals his other literary identity, that of a translator.

Teo and Vivi, the protagonists of “When We Danced on Water,” make an unlikely pair. Of the two, Teo, a former ballet dancer, seems more exceptional at first, having founded the fictional Tel Aviv Ballet. At 85 he is still a virtuoso choreographer, though his life is winding down. Vivi is a middle-aged, world-weary food server who is aimless but eager to be an artist. They meet at an unremarkable Tel Aviv cafe, where they are drawn to each other’s mysterious emotional wounds and find they share a love of art. Vivi wants a baby and defends her varied dabblings in glassblowing, painting and embroidery when Teo attacks them. Though her art is a long-lived habit, with “art supplies and equipment in every drawer and cupboard, mostly crusted or broken, mostly long since abandoned,” Teo chastises her, arguing that “interdisciplinary… is just another word for taking the easy way out.”

As Teo and Vivi’s relationship deepens and intensifies, their respective pasts are painted in through letters, and through flashbacks during which their fixations are separately revealed. Vivi’s suffering begins with an incident during her service in the Israel Defense Forces and peaks as she discovers the traumatic Holocaust history of the Jews in Berlin while she is living there with a non-Jewish boyfriend. She fervently repeats Hebrew prayers and purges all traces of her secular life, including the boyfriend and their unborn child, which she had decided to abort. Not knowing her past, just that it holds pain, Teo challenges Vivi to use it in her work.

Art, and the ideal climate for its creation, plays such an important role in the novel that it is nearly a character itself. But more resonant for a broader swath of readers is the novel’s concern with how we acquire and shed identities, and what role those we love play in shaping us. During World War II, a Nazi officer imprisons Teo, stripping him of his identities as a ballet prodigy and an innocent child.

After suffering prolonged physical and sexual abuse at the hands of this officer, who is described as an aesthete with an obsessive love for him, Teo does not dance again. Instead he becomes a choreographer, a role in which he can corral the wild art of dance using language, without having to use his physical body. His masterwork of choreography is called “Obsession” and is a reexamination of the nature of the Nazi officer’s love, which, despite its perverse nature, Teo comes to understand as some of the only romantic love he had in his life.

Both Teo and Vivi want to escape the burdens of early love and their confusing Jewish heritages. Like so many wanderers before them, Israel is their refuge. Fallenberg himself is an Ohio native who went to Israel to reconnect with his Jewishness and surprised himself when he later made aliyah. That was 25 years ago. He has been writing about identity — Israeli, religious, sexual and artistic — ever since.

His English edition of Meir Shalev’s “A Pigeon and a Boy” won the National Jewish Book Award for fiction, and his movement between languages is evident in the simple and sensory prose of both his novels, like in the moment when Teo recounts his last dance:

Yes, here it all is, the dance that shot his life in a new direction, up to the perfect triple tour en l’air that ends without so much as a quiver. And with the roar of ecstatic applause in his ears, Teodor Levin leaves the stage forever.

Fallenberg’s writing about dance is graceful and visceral, but at times, Teo and Vivi’s dialogue can feel overly expository on the subject of art.

In an age in which serious fiction sprawls (young Jewish novelists Adam Levin and Joshua Cohen published 2010 novels as large as doorstops), “When We Danced on Water” is literary fiction that reads like a long short story. Packed with intensity in both plot and psychology, its effect is disproportionate to its brevity. Reading about Teo and Vivi is like experiencing a lifelong relationship with each protagonist, with all its attendant ups and embellished downs.

Pregnancy, death, violence, abuse, passion, obsession, the IDF and the Holocaust leave readers overwhelmed. But the process of enduring is an experience that the characters and readers share. The novel reads like an extremely unconventional love story, though it’s not clear whether the battered protagonists love each other or whether they just take from each other what they need. But perhaps that is also a type of love.

Of the Jews who stayed in Germany as the Reich advanced its grip, the Nazi officer, a character for whom love is possession, says:

[A] frog will leap out of his pond if you pour a lot of hot water in all at once. But if you add it slowly, gradually, the frog will remain through the discomfort, then danger, then death. He never figures out it’s time to jump, and then it’s too late.

Teo and Vivi slowly, knowingly, pour this water on each other. They must jump from the respective discomforts and unhealthy obsessions, to a place of inner peace. Teo must unburden himself and leave his artistic legacy to someone else, while Vivi finds direction in anointing herself as Teo’s receptacle and mouthpiece. Together they provide mutual proof of their existence, of their resilience and, finally, of their ability to leap.

Allison Gaudet Yarrow is the host of the Forward’s Yid Lit Podcast. Follow her on twitter @aliyarrow

Listen to the Yid Lit Podcast with Evan Fallenberg here.