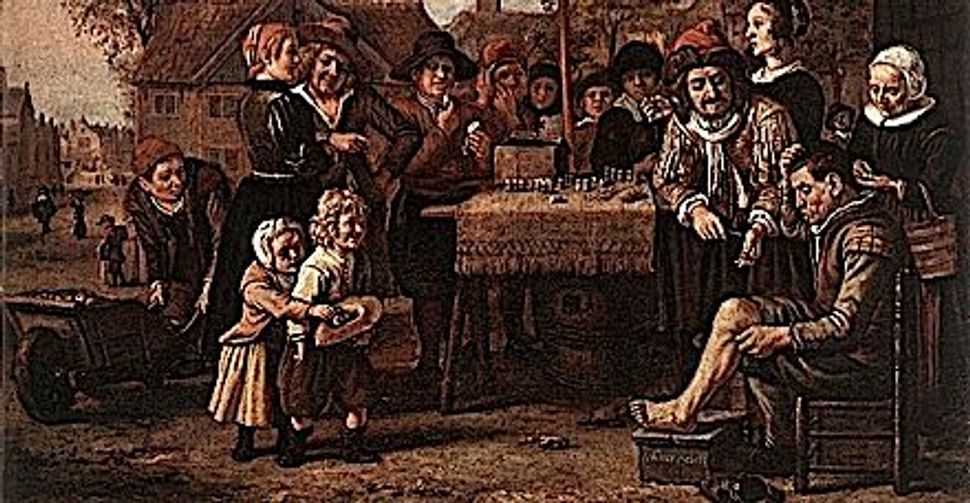 Native Dutch speaker Gerda Elata-Alster writes in response to my column on “shtick,” which spoke of Yiddish words in American English sometimes taking on — or, as I put it, “intermarrying with” — non-Jewish meanings:

“Many Yiddish words have been integrated into Dutch, too, although I can’t remember any ‘intermarriages.’ Unfortunately, many of these words are related to the world of petty crime or money, such as ganov, thief; bayis, prison, and meyer, a hundred guilden [from the Hebrew words ganav, “thief”; bayit, “house,” and me’ah, “hundred”]. But there is also Mokum [from Hebrew makom, “place”], referring to Amsterdam, sometimes also called Mokum Olef.” 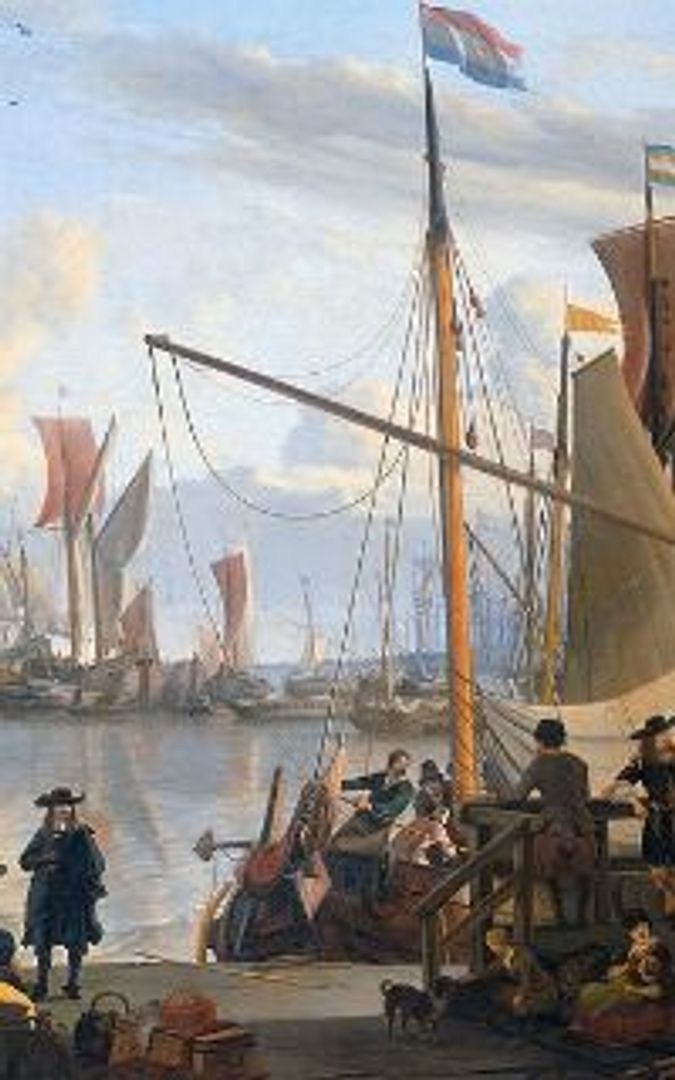 Given the fact that, as elsewhere in Europe, Jewish-Christian relations in pre-modern Dutch society were closest in the sphere of commerce, both legal and illegal, it’s not surprising that the words Dutch picked up from the now extinct language of Western European Yiddish were weighted in that direction. If there was a difference between Holland and most other European countries, it was in the unusually large number of such words, a tribute to Holland’s traditional openness to its Jews. This was especially true of Amsterdam, whose local slang, known as Bargoens, has a significant Yiddish vocabulary. (Mokum Olef, “The ‘A’ Place,” derives, incidentally, not from Alef in the sense of No. 1, but from the initial Hebrew letter of “Amsterdam,” just as Berlin was known to Dutch-Jewish merchants as Mokum Beys, Delft as Mokum Dollet, Rotterdam as Mokum Reysh and so on.)

Dutch did not change such words, even if it stripped them of their specific Jewish coloring. An interesting example of such stripping is asjewijne (pronounced “ah-sheh-vie-neh”). An asjewijne in Bargoens (the word also has the form kassiewijne) is something that has either been stolen or come upon by a lucky finder who gets to keep it, and the word comes from the Hebrew verb-plus-enclitic-pronoun hashiveynu, “return us,” or, “bring us back.” To those of you who are synagogue goers, this will, of course, ring a bell. The verse “Hashiveynu adonai elekha v’nashuva, ḥadesh yameynu k’kedem,” “Bring us back to You O Lord and we will return, restore us to the days that were,” is recited when the Torah scroll is returned to the Ark after congregants have read from it. A hashiveyni, a “return-me,” was in Western Yiddish a humorous term for an object whose owner wanted it back — yet the joke was lost in Bargoens, whose non-Jewish speakers could have had no idea of it.

Other Western Yiddish words in Bargoens were given new pronunciations by their non-Jewish Dutch users. Thus, Yiddish koten, child (from Hebrew katan, “small” or “little one”), became Amsterdam-Dutch koter; Yiddish pischon-peh, an excuse or alibi (from Hebrew pit’ḥn-peh), became biskopetjes; Yiddish chavrusa, company or companionship (from Aramaic ḥavruta), became gebroeze; Yiddish mesholemen, to pay (from Hebrew meshalem), became besollemen; Yiddish balabos, household head or boss (from Hebrew ba’al ha-bayit), became bollebof. Although their meanings remained the same, the Yiddish origins of such words were effectively effaced. No one could possibly guess just from hearing it or looking at it on a page that a word like biskopetjes had Jewish roots.

Moreover, numerous Yiddish words in Bargoens changed both sound and meaning. Take, for instance, mazzemate, which goes back to Hebrew masa u’matan. Yet whereas in Hebrew and Yiddish alike, masa u’matan means “negotiations,” mazzemate in Dutch means “stolen merchandise,” presumably because of the bargaining that took place between fences and thieves over the price of pilfered property.

Or take oddenommele, which, followed by an exclamation point, is a mild expletive or expression of surprise in Bargoens. Nothing about it indicates its Jewishness, but if one looks at other forms of it — for example, attenoje! oddeleheinu! or ottelenojeheine! — one sees that it derives from the formula adonai eloheynu, “O Lord our God,” in the Hebrew prayer book.

And sometimes, although the Jewish origin of a Bargoens word is clear, why the word means what it does is not. Kufnoen, for example, which signifies a complimentary ticket to a play or concert in Amsterdamese, clearly comes from the Hebrew letters kuf and nun, just as other Bargoens words derive from other letters of the Hebrew alphabet. (A heitje, for instance, from the Hebrew letter heh, whose numerical value is five, is a 5-guilden coin; a joetje is a 10-guilden one.) But what do kuf, whose value is 100, and nun, whose value is 50, stand for here? The theory that it’s Dutch kost niks, “costs nothing,” strikes me as far-fetched; an alternate explanation that the reference is to the 150th Psalm, which speaks of praising God with musical instruments, seems even more so. Had the editors of my Bargoens Woordenboek asked me, I would have pointed to the rabbinic expression “to rule a bug kosher for kuf-nun [150] reasons,” that is, to find endless rationalizations for something, which is to say, to give it a free pass. Alas, they didn’t.