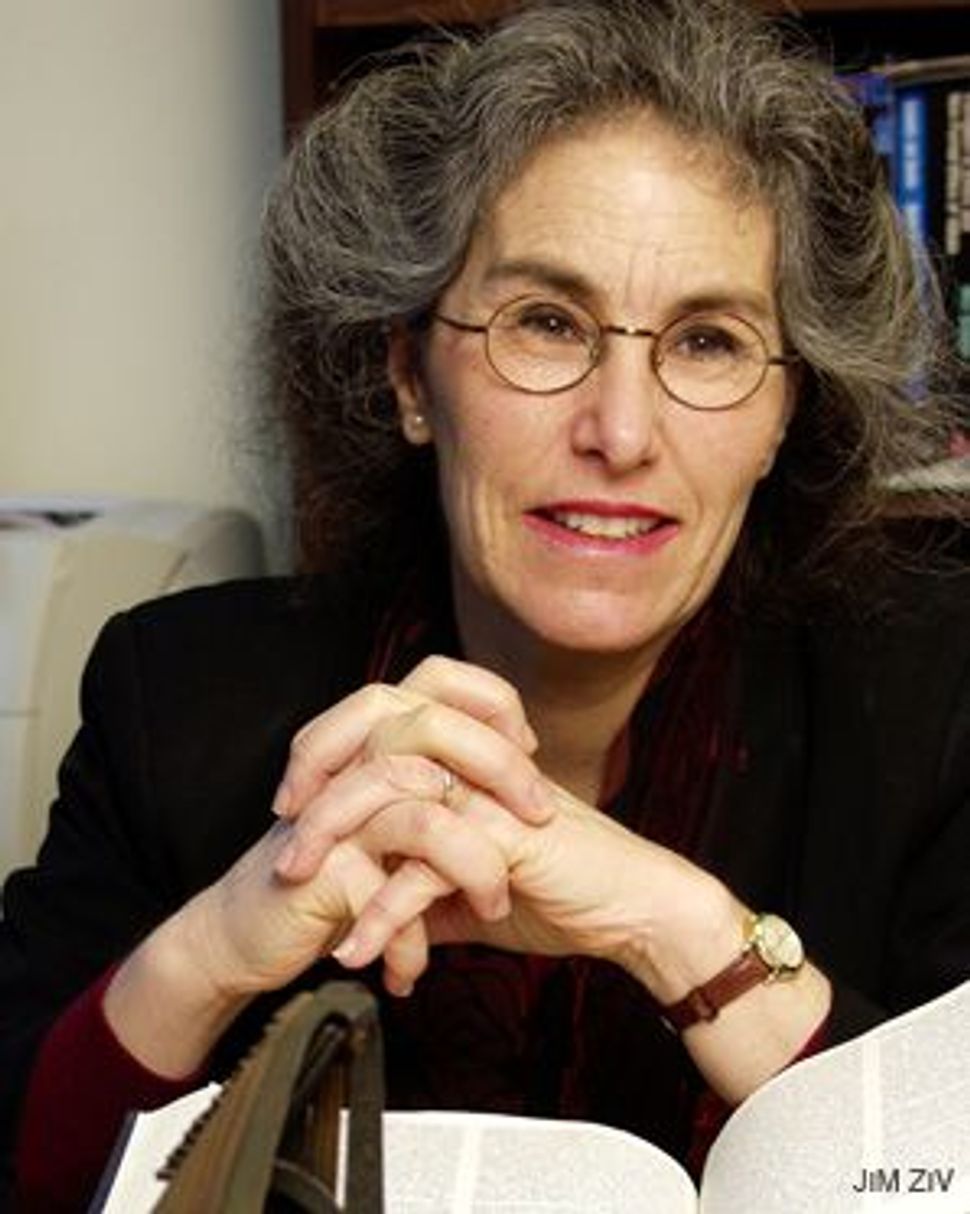 ZOLOTH: ?If you begin to tinker, you?re not sure what you can get and what you may lose.?

In an article she wrote this past spring for the Journal of Law, Medicine & Ethics, bioethicist Laurie Zoloth approached from a Jewish perspective the moral choices posed by advances in genetic and medical research. While acknowledging the public sense of “moral panic” at the thought of genetic enhancement, she argues that the commandment to heal, the priority of saving a life and the belief that the natural world is as yet unfinished have provided a justified context for experimental therapy, including genetic research, in Judaism. While we must be concerned about “ethical boundaries” for genetic enhancements, “[h]umans are mandated to actively use and control the natural world, to act as partners in God’s creation, and to do tikkun olam (repairing the world),” she writes. 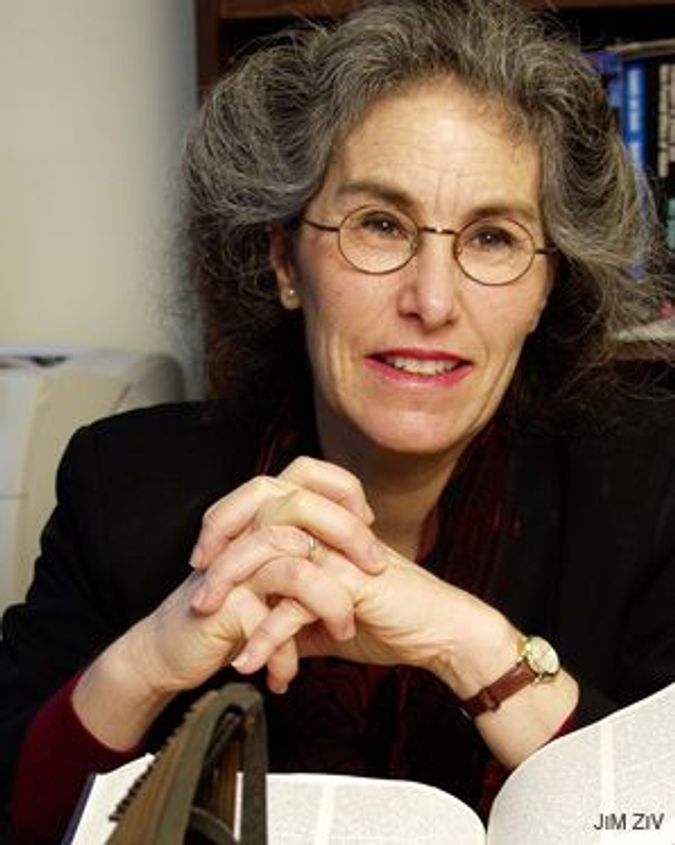 ZOLOTH: ?If you begin to tinker, you?re not sure what you can get and what you may lose.?

Zoloth is the director of the bioethics program at the Center for Genetic Medicine, and a professor of medical ethics and humanities, at Northwestern University’s Feinberg School of Medicine.

Barbara Trainin Blank, a freelance writer who has covered medical and medical ethics topics, recently caught up with Zoloth to discuss her article.

Barbara Trainin Blank: What was the impetus for this essay?

Laurie Zoloth: It came out of a larger project exploring how we should think about genetic enhancement. Right now we don’t have the capacity for human genetic enhancements. Some genetic engineering is possible in animals like mice and dairy cows, but in humans our capacities are far more limited. Much of what is feared about genetic manipulation is not yet possible. We know about the expression of some genes that cause Tay-Sachs or Huntington’s disease, for example. They come from a single allele misstep. With that knowledge, we can decide not to implant a particular embryo. And with most genetic conditions, such as breast cancer, we know a person’s carrier status gives a higher statistical risk of disease, but we cannot change the genes or correct them, much less choose “advantageous” genes.

BTB: What is disturbing to people about the new genetic technology?

L.Z.: Technology that changes the physical body seems to express something about the inner being. People often see a difference between enhancement you do yourself — such as running that raises metabolism versus genetic enhancement to make your metabolism faster on its own. Doing something on your own seems more moral.

BTB: How does Judaism differ from other religions in terms of how it views suffering?

L.Z.: In Judaism, suffering doesn’t define us. Our ability to respond to the suffering of others does. We don’t see suffering as expiation or cleansing of sin, as do some other faiths. Jews historically and legally regard scientific advances to relieve suffering not with fear but with optimism.

BTB: If we could make people “better,” what would that mean?

L.Z.: Many people say they’d like an immune system that doesn’t overreact to pollen, or one that could tell the difference between cancer and noncancer cells. Other people think in terms of being taller and stronger. It could mean remembering everything, and if one does, a capacity for forgiveness. As an ethicist, I would like people to be more truthful, empathic and generous.

BTB: What is Judaism’s take on genetic enhancement?

L.Z.: Jewish law doesn’t forbid physical changes, such as plastic surgery, if it helps a person feel better. We’d hope that people could be educated, for example, to accept that it’s okay to have a large nose, but if someone is in anguish about it, surgery is not prohibited. And if that’s the case, is there a prohibition against a genetic intervention for a trait? It’s a fuzzy line. We think it’s permissible to provide 20/20 vision and straight teeth; would it be impermissible to do this genetically if we could? If it’s correct to avoid Tay-Sachs in a child, would it be incorrect to do that genetically, for your grandchild? It’s hard to find why that’s wrong in principle.

BTB: What do you mean by “genetic engineering” via matchmaking?

L.Z.: The Talmud speaks of women looking at beautiful men when they leave the mikveh, so they are more likely to have beautiful children. We seek out spouses with certain qualities, like intelligence and learning. But the difference is, there’s no guarantee: Matchmaking is chancy. We all have a fascination with gifted people whose lives have gone wrong or who have had dreadful accidents. Intelligence requires many complex genetic interactions. Like matchmaking, genetic changes may be uncertain, as well. If you begin to tinker, you’re not sure what you can get and what you may lose.

BTB: What effect do genetic engineering and enhancement have on choice?

L.Z.: The research is still at a very early stage, but hopefully good science allows us to choose against what was seen as inevitable. For example, we may soon have the ability to save reproductive capacity for young women with devastating tumors — by capturing ovarian tissue and freezing it, so they can get pregnant after cancer treatment. There will be criticisms that then this technology will be merely a “lifestyle choice” for other women. After the science is understood, the moral problems deepen.

BTB: What do you mean by a “Shabbat” on genetic technology?

L.Z.: I like the idea of not putting a ban or moratorium on new research, but saying that there is something between “Go ahead and do anything” and “Stop research until we can control every outcome.” We can say some things are permitted within constraints and arguments. On Shabbat, there are 39 melachot (activities) that are halachically forbidden — but not all activities are. It is a metaphor for how we can do research prudently.

BTB: What’s the effect of the Holocaust on our views of engineering?

L.Z.: The Nazis were very interested in genetics and eugenic breeding, including the elimination of people they considered “inferior genetic types.” Because of that, we fear there is something inherently fascistic in genetic engineering. We associate an attachment to eugenics to our deepest fears of statist genetic manipulation. That is why we’d want technology to be in the hands of parents, who love their children, rather than the state or scientists alone.

BTB: Is there a single “Jewish ethics”?

L.Z.: There is no one Judaism or one Jewish ethics. We have many denominations and no one central authority or commentary. Even within Orthodoxy, there are different ways to view cases. But there are commonalities and principles, because we have a similar history and a set of legal narratives, and share the Torah. The powerful religious narrative of infertility and the cautionary example of the Shoah are a frame for all of our responses.