Jackie Robinson and the Jews 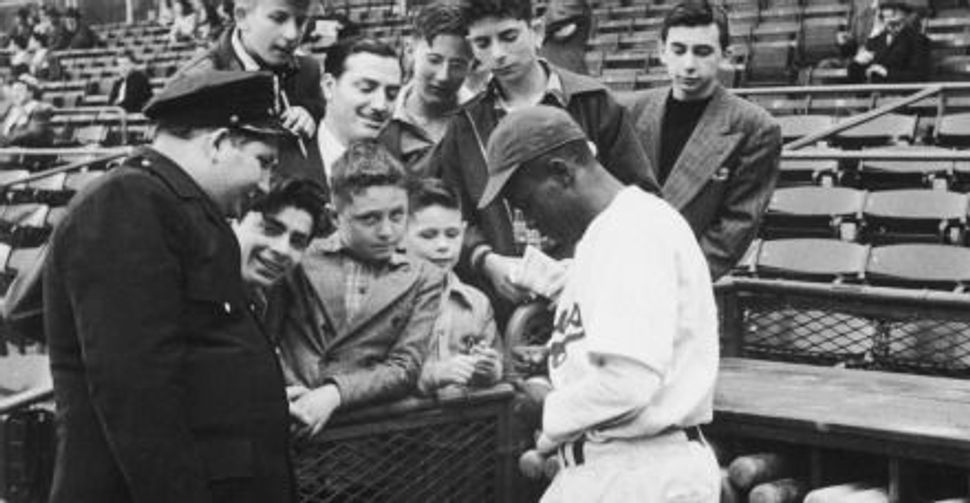 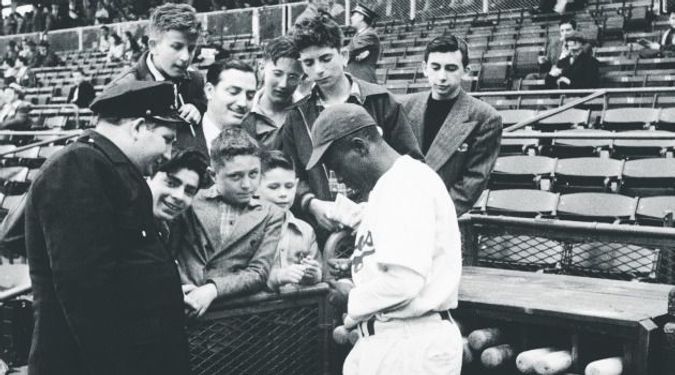 Recently, the Yankees’ Derek Jeter hammered out his 3,000th career hit, only the 29th batter in baseball history to reach that exalted plateau; at the age of 37, he is the fourth-youngest player to accomplish that feat, and only the second shortstop to do it. Moreover, Jeter’s 3,000th smack was a home run — an extraordinary event, occurring only once before in a century of modern baseball. Almost as astonishing, Jeter went five for five and drove in the winning run.

Even those who pay little attention to baseball took notice of Jeter’s phenomenal day at the stadium. But in all the deserved hullabaloo in the media, little notice was taken of Jeter’s “race”: black, by American definition. Yet it had taken 50 years of modern major league baseball before Jackie Robinson, winner of varsity letters in four sports at the University of California, Los Angeles, and a superb ballplayer in the Negro and minor leagues, was permitted to make his debut with the Brooklyn Dodgers in 1947, finally breaking the “color line” in big league baseball. 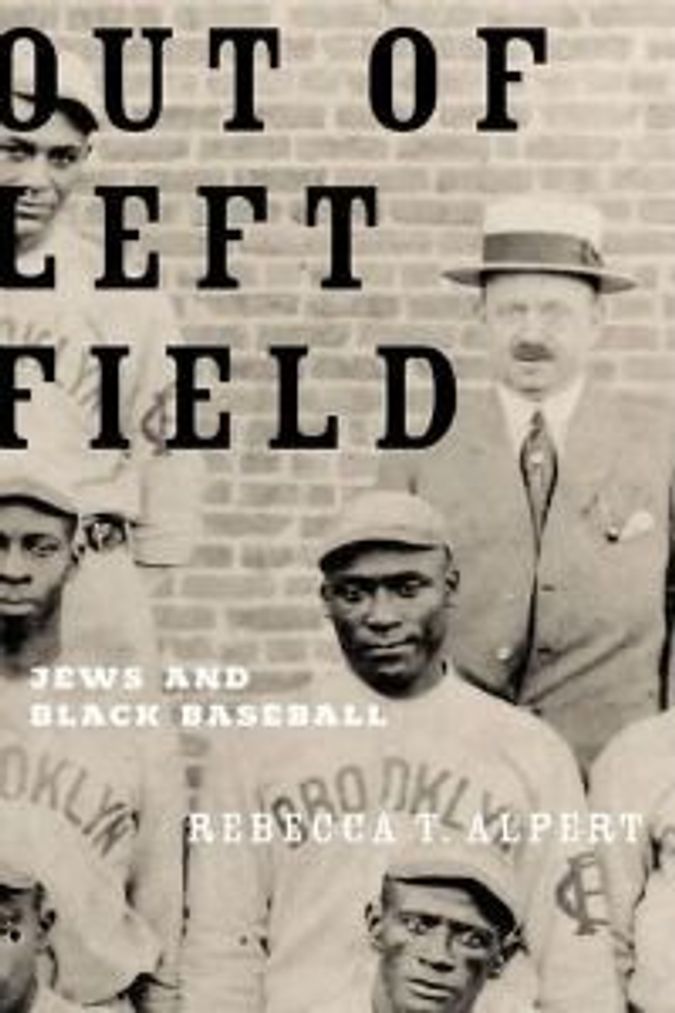 Robinson, named Rookie of the Year the same year he joined the Dodgers, went on to become one of the best athletes in the game. Depicted appropriately as a heroic figure whose success seemed to prefigure the end of racial discrimination in all aspects of American life, Robinson plays an outsized role in Rebecca Alpert’s “Out of Left Field: Jews and Black Baseball.” The story of Robinson’s achievement provided a host of Jewish writers, community leaders, teachers and artists with a symbol of their own experience of Americanization in the post-World War II era, and a paradigm for what many second-generation Jews saw as essential to their identities as American Jews: the obligation not only to secure their own rights, but also to get to the “roots” of racial injustice in order to help America rid itself of bigotry.

Baseball, as Alpert puts it, “was America.” The respect and love of Robinson and his attainments allowed many liberal Jews, who identified with the black struggle in America, to combine an attachment to the national pastime — especially to the newly integrated Brooklyn Dodgers — with the belief in the value of the social equality, which they learned at home. At the same time that they were becoming more American, they could hold on to ethnic distinctiveness and to the value of justice crucial to it.

Alpert recognizes this intricate process of identity construction on her very first page, where she tells us that her own American Jewish progressivism was shaped in part by her mother, who taught her about Robinson, Jews and the Negro League, and by Jewish support and activism for the integration of professional baseball. Thousands of other Jewish children heard the same teachings. For example, in 1947, my grandmother presented 7-year-old me with a fully uniformed, batwielding Jackie Robinson doll, along with a speech — not her last — about social equality.

During Alpert’s research, however, she discovered that the role Jews played in black baseball was decidedly less heroic and more complex than she had been led to believe. Beginning in the Depression era, a small number of Jews of Eastern European descent ventured into the sports business and came to wield an economic and social power in black baseball that was denied them in other arenas. They inevitably competed with a minority of black owners and agents less well capitalized, and sometimes, in order to stimulate attendance, encouraged (but did not invent) a vaudevillian style of play uncomfortably resembling minstrelsy.

Coming from the “outside” as Jewish and white — or out of left field, as Alpert puts it — Jews, though intimately involved with the game, remained outsiders. In this racially tense context, they both acted out and fell victim to pervasive stereotypes of Jews as greedy middlemen. Alpert points out that in the same context, some black owners, too, in order to stay solvent, made clowning an indispensable part of the game, playing out and reinforcing ugly images of blacks as lazy and foolish and as skilled at only the trivial.

In strangely disorganized short subchapters that move unsteadily among biographical detail, historical narrative and unnecessarily repetitive analysis, Alpert tells what should have been a richer and more dramatic tale in a way that is hard to get at directly, or to review succinctly. Suffice it to say here that Jews and blacks — owners, agents, managers, players and journalists — were involved in disputes that involved economic control, mutual stereotyping, ethnic pride and assimilation. But it was particularly the Jewish Communist sportswriters at the Daily Worker who saw the desegregation of baseball as a moral imperative. Taking some latitude with Communist Party policy, they strenuously fought for all measures that would help end racial segregation in baseball, even if those measures lent support to the capitalist system.

The role of the Jewish entrepreneurs also was complicated, but they accurately believed that during an era of great economic difficulty, they had helped stabilize the business of black baseball. In accomplishing this, many proprietors, including Abe Saperstein, who owned a black baseball team as well as the Harlem Globetrotters and later scouted black talent for the Cleveland Indians, made a visibly important social contribution by providing employment and entertainment for the black community.

Several Jewish owners, even if more for business reasons than for moral ones, also promoted desegregation of major league baseball. Syd Pollock, Ed Gottlieb and Saperstein (along with the black superstar Satchel Paige) proposed bringing a “complete Negro league team” into the majors as a way of demonstrating black ability. And William Benswanger, the Jewish owner of the Pittsburgh Pirates, was receptive to hiring blacks during World War II to replace key players in the service. How crucial the interventions of Saperstein and Benswanger were to the integration of major league baseball is difficult to measure exactly. But even if late and somewhat obliquely, and not as heroically as Alpert once believed, Jewish capitalists joined Jewish political radicals in helping to end Jim Crow baseball.

Gerald Sorin is the author of “Irving Howe: A Life of Passionate Dissent” (NYU Press, 2002). His biography of Howard Fast will be published in 2012.

Read Ross Ufberg’s serialized novel about a Jewish baseball team in the 1930s on The Arty Semite blog.

Jackie Robinson and the Jews