Could Kashrut Be Partly To Blame for Crohn’s Disease? 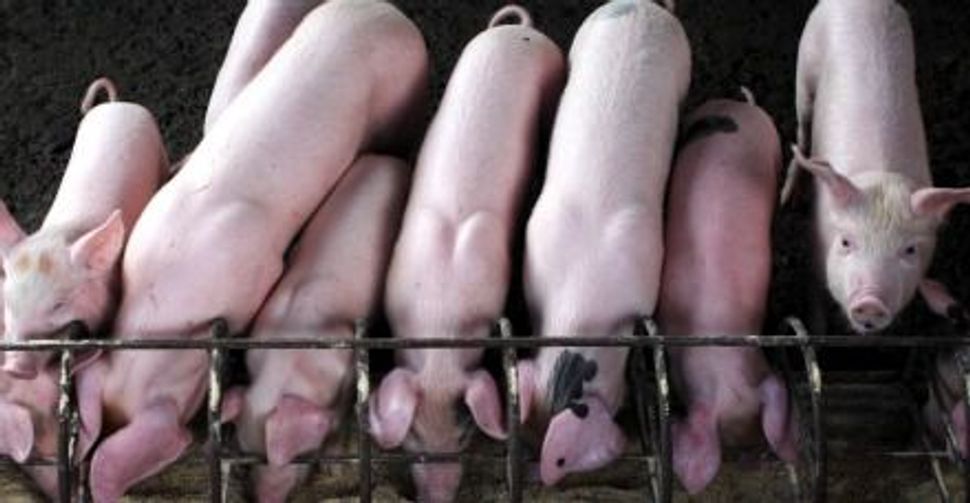 Here’s a question that has puzzled scientists for decades: Why is Crohn’s disease — an inflammatory bowel disease (IBD) with the highest incidence among Caucasians — about two to four times more prevalent among Ashkenazi Jews than among non-Jewish whites?

As some researchers continue to look for the answer in our genes, others are proposing a more provocative theory that invokes factors unique to the Jewish diet and to the environment shared by Jews in recent history.

To date, more genes have been linked to Crohn’s than to any other disease. In a single paper published late last year, scientists reported finding 30 new genes associated with Crohn’s, bringing the total of such genes up to 71. (Ulcerative colitis, the other common IBD, isn’t far behind, with 47 genes.)

To determine whether genetics could explain the higher incidence of Crohn’s among Ashkenazi Jews, a team led by Dr. Robert Desnick, dean of genetics and genomic sciences at the Mount Sinai School of Medicine in New York, tested for 22 mutations across 10 of the most established Crohn’s-related genes in nearly 900 Ashkenazi Jews, both with the disease and without.

To the team’s surprise, the mutations found in this group of Jewish subjects were as common and had as great an impact as they did among non-Jews in previous studies.

“What we learned is that there is no difference,” said Desnick, who reported the findings in June in the journal BMC Medical Genetics. “So it has to be something else.”

One possibility is that mutations in some of the other disease-associated genes not tested in Desnick’s study are at higher frequencies among Ashkenazi Jews, or that mutations specific to this community haven’t yet been found. Indeed, the Mount Sinai team discovered two novel mutations in their study, and they are now looking for more, according to the study’s lead author, Inga Peter, a professor of genetics and genomic sciences at the school.

But some researchers contend that science should be looking outside our genes to the environment.

“It doesn’t surprise me that they didn’t find anything in the genes,” said Dr. Joel Weinstock, chief of the division of gastroenterology and hepatology at the Tufts Medical Center. “I think IBD is 90% environmental and 10% genetic.”

Crohn’s disease and colitis were virtually unheard of before the 20th century, and even today they are still quite rare in the developing world. As such, many experts believe the “hygiene hypothesis” — the idea that, absent sufficient exposure to microbes and parasites, the immune system goes awry and starts attacking the body — could be at play in these diseases.

Specifically, Weinstock has his eye on parasitic worms called helminths — which is where kashrut and Jewish history enter the picture. According to Weinstock, up through the 1930s, most people had helminths in their guts through contact with animals and contaminated water and food, including pork.

The fact that Jews coming to the United States at the turn of the century were not eating pig products, already adhered to certain cleansing rituals and tended to settle in cities far from animals and animal waste might just have been the perfect mix to set them on a path to their current Crohn’s rates. Weinstock believes that as sanitation improves around the world, other populations will develop IBD at similar rates.

A number of researchers are sympathetic to this line of reasoning. “I think it’s quite plausible,” said Dr. Judy Cho, director of the Inflammatory Bowel Disease Center at the Yale University School of Medicine.

But other experts are wary of connections to kashrut or any other cultural practices. “I think this is highly speculative, and I just don’t buy it,” said Dr. Herbert Virgin, head of pathology and immunology at the Washington University School of Medicine in St. Louis and co-chair of the Crohn’s & Colitis Foundation of America’s Genetics Initiative.

Virgin argues that genetics is still the most probable cause of the Jewish community’s vulnerability to the disease — researchers just haven’t found the mutations yet.

“Kosher practices have been observed for centuries,” Virgin said, “but the uptick in Crohn’s incidence across the Western world is much more recent.”

Could Kashrut Be Partly To Blame for Crohn’s Disease?