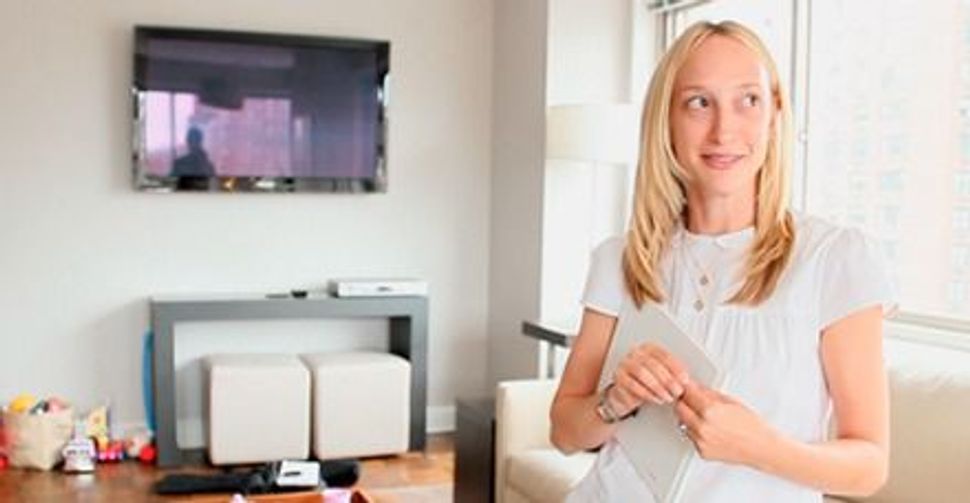 Jon Steinberg had always been interested in tracing his family’s genetic ancestry. So, in April of last year, when the California genetic testing supplier 23andMe offered a sale, Steinberg, president of the technology website BuzzFeed, convinced his wife Jill to spit into one of the company’s DNA-collecting tubes.

Little did he know that this saliva sample would help save Jill’s life.

The Steinbergs are both of Ashkenazi Jewish descent — and the DNA analysis revealed no great surprises there. But the test did unexpectedly show that Jill, a 31-year-old kindergarten teacher turned stay-at-home mother from the Upper East Side of New York City, carried a mutation in a cancer-related gene called BRCA1. This meant that, without radical surgical intervention, she was more likely than not to develop breast or ovarian cancer over her lifetime.

The women in her family underwent the tests after Jill’s sister was diagnosed with breast cancer in 2009 at the age of 33. But with no family history of the disease and no BRCA mutations, “we kind of thought my sister’s breast cancer was more of a fluke,” Jill said. So her doctor, following standard protocols, advised Jill that further testing was unlikely to reveal anything.

Thanks to Jon’s curiosity in new technologies, however, she got tested anyway. “I’m lucky that I was able to find out just by chance because my husband brought home this test for me,” she said. As it turned out, Jill inherited the BRCA1 mutation from her father, who had been diagnosed with prostate cancer 15 years earlier, although doctors hadn’t thought to tie the disease to the mutation beforehand.

Jill Steinberg’s unusual story highlights the debate over whether or not BRCA gene mutation testing should be offered population-wide for all Ashkenazi Jewish women, regardless of family history. Dr. Peter Pressman, who was Steinberg’s genetic counselor, used her case to argue for community testing in a case report published in June in the journal Hereditary Cancer in Clinical Practice.

“Generally, it’s been said that if a woman has cancer but no [BRCA] mutation, it’s not in the family,” explained Pressman, director of the genetic risk assessment program at the Weill Cornell Medical College’s Breast Center in New York. By sharing Steinberg’s case, he hopes to change some of that general thinking and improve the practice of genetic counseling.

“We wanted to point out the importance of counseling and give a good example for colleagues that [BRCA mutation testing] should be more broadly administered,” he said. 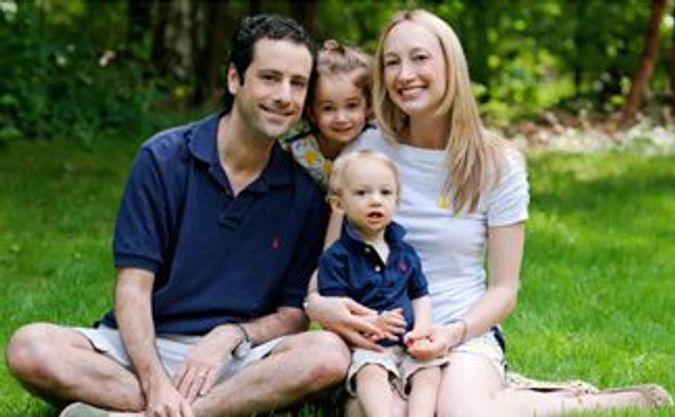 One of Pressman’s allies in the case for population testing is Dr. Steven Narod, director of the familial breast cancer research unit at the Women’s College Research Institute in Toronto. Since 2008, Narod has been randomly testing thousands of Ashkenazi Jewish women from Ontario for the BRCA gene mutations.

Reporting last year, he showed that 1% of women in his pilot study carried a BRCA mutation, and that more than half of the women who tested positive did not meet current guidelines for testing based on family history criteria. Importantly, 93% of participants also expressed satisfaction with the testing process.

On the basis of these findings, Narod argues that testing should be expanded to the entire Ashkenazi Jewish community — although paying for all these tests could be tricky. “If it were free, it’s clear that testing everyone is useful,” Narod said. “But because of the money issue, it becomes muddled.”

Population-wide testing could be cost-effective, though. In a 2009 report published in Genetics in Medicine, researchers at the Northwestern University Feinberg School of Medicine modeled the impact on ovarian cancer rates of screening Ashkenazi women across the U.S. Testing all Jewish women aged 35 to 55 for the BRCA mutations could prevent nearly 3,000 cases of ovarian cancer for a cost of about $8,300 per additional year of life gained, their analysis showed.

And that’s just for ovarian cancer. The savings could possibly be even greater if breast cancer rates were factored in, according to Lisa Dellefave, a genetic counselor at the University of Chicago who co-authored the study.

Critics of mass screening, however, cite the anxiety that can stem from learning about genetic risks of such grave consequence. They also point out that most of what scientists know about the risks of carrying BRCA mutations has been gleaned from studies of people who have family histories of cancer. As such, mutation carriers without strong family histories might not face the same probability of developing the disease.

“I’m not 100% sure we have accurate risk assessments for those mutation carriers with no family history of breast or ovarian cancer,” said Dr. Nadine Tung, director of the cancer risk and prevention program at Beth Israel Deaconess Medical Center in Boston. “I’d like to see more research.”

“This is powerful information that remains with you for a lifetime. It can’t be taken lightly,” added Jill Stopfer, a genetic counselor at the University of Pennsylvania’s Abramson Cancer Center in Philadelphia. That said, “the threshold [for BRCA testing] should be very low,” she added. “Everyone should think about it.”

As for Jill Steinberg, who is living through this debate, she underwent a double mastectomy in September of last year and plans to have her ovaries removed before she turns 35. She still attends breast cancer support groups and has come away from the experience with a view that every expert can agree with:

“It’s important for Jewish women to have access to genetic testing and to know their options,” she said. “Knowledge is power.”