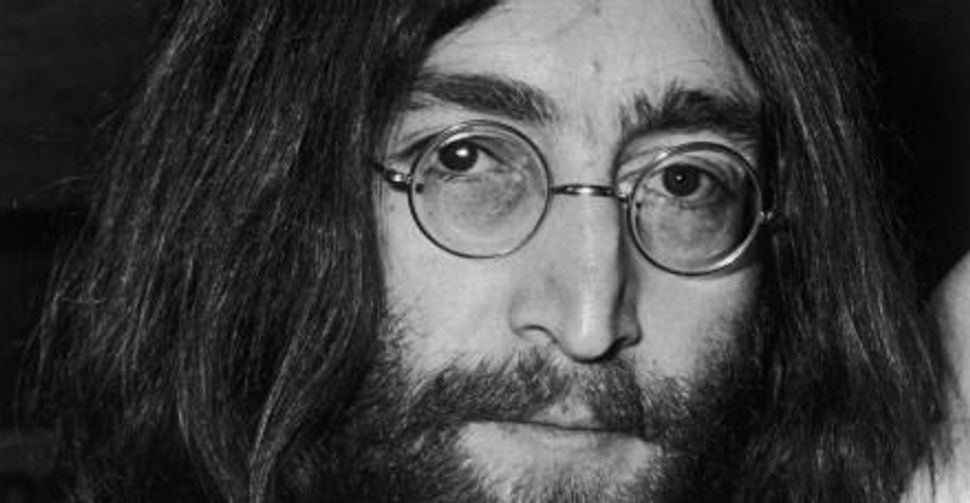 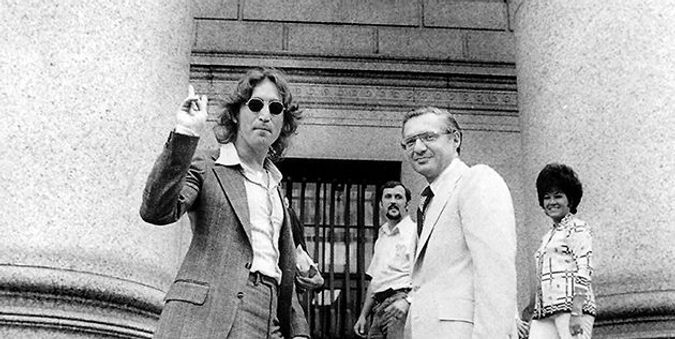 Best Buddies: John Lennon stands with Leon Wildes, the lawyer who helped him win the right to stay in the U.S. Image by COURTESY OF HIAS

As a rule, I wouldn’t agree to review a book with “John Lennon” in its title. I also wouldn’t review a self-published book. (Although publishing one’s own work is no crime, it does tend to indicate that no one else has thought as highly of it as its author has.) And I certainly wouldn’t review a book that came to me with the handwritten dedication, “To Hillel, who, more than anyone, is guilty of inspiring this screed.” Full disclosure, full shmishclosure — there’s a limit, even if I were innocent of the charges.

Moreover, I may not be, since Ze’ev Maghen, today a professor of Arabic literature and Islamic history at Bar-Ilan University in Israel, claims to have been influenced, as a young man growing up in Philadelphia, by my “Letters to an American Jewish Friend,” written in 1976. I know because he once told me so. That was about 10 years ago, when an earlier version of “John Lennon and the Jews” first appeared as a lengthy essay in the journal Azure.

Why, then, did I accept the Forward’s invitation to review this “screed,” purporting to be published by “Bottom Books” of “16245 Park Avenue, New York, N.Y.”? Solely in order to get you to read it. And you should especially read it if you are Jewish and 1) young; 2) think being Jewish is a bore; 3) Don’t, but can’t explain why it isn’t; 4) believe that social justice everywhere is a Jewish cause; 5) believe that saving the rain forests is a Jewish cause; 6) pride yourself on caring equally about Israelis and Palestinians; 7) deplore Israel for its narrow nationalism; 8) can’t imagine living there; 9) are troubled by the tribal aspects of Jewish identity; 10) are put off by the irrationality of many of the commandments of Judaism; 11) practice Buddhist or Hindu meditation; 12) count Mahatma Gandhi among your heroes; 13) regard the God of your fathers as a character in a children’s story.

If you fall into, or close to, any of these categories, Ze’ev Maghen has written “John Lennon & the Jews” for you. Or rather, he has written it against you, since you’ll argue with him on every page that doesn’t leave you laughing or spluttering too hard to fight back. There are likely, however, to be many such pages, because this is a very funny and utterly outrageous book. Not for nothing is it subtitled “A Philosophical Rampage.” It’s manically exuberant, intellectually reckless and never afraid to sound zany (no wonder it couldn’t find a publisher), as a result of which it’s deadly serious and perfectly sane.

Maghen’s starting point is that most common yet competed-for of emotions, human love. Not love with a capital “L” — not love as an abstraction, or a dreamy state of rapture, or an idea or principal or attitude toward the universe and its inhabitants — but love as it is actually experienced by nearly all of us, which is, as something we feel for a relatively small number of particular people in our lives. Real love, as Maghen rightly observes, is by nature discriminatory (the word he uses is “preferential”), since loving everyone is the same as loving no one.

The greatest lovers of humanity — the Gandhis, the Tolstoys, the Schweitzers, the Mother Teresas — have not infrequently been brutal in their personal relationships. To love truly is always to love the few and not the many, to feel more responsible for some than for others, to be willing to risk one’s life for this person and not for that one. This makes love unfair, which is why we value it so much. Woe to the child whose father, seeing it and a stranger’s child in danger, hesitates which to rescue first, because he loves all children.

The psychological and emotional reality of preferential love — love that creates privileged relationships among people, in groups, in societies, between (dare one think it? Jews always have) God and man — is the building block from which Maghen constructs a sustained argument for Jewishness, Judaism, Zionism and Israel, while intrepidly crashing into, if not quite managing to overturn, some very big apple carts, including ancient Greek philosophy, Christianity, Eastern religions and modern science. And you can add to these his teenage idol, John Lennon, the words to whose song “Imagine” (“Imagine there’s no countries / It isn’t hard to do / Nothing to kill or die for / And no religion too /… I hope someday you’ll join us / And the world will live as one”) Maghen now understands to be expressing the seductive but ultimately totalitarian wish to homogenize us all in one big human milkshake.

Were he writing only on behalf of Jewish particularism, Maghen would, in the end, be obnoxious. Instead, his argument is for all particularisms, though it is at the same time keenly aware of the moral dilemmas with which ways of life whose values clash with our own can present us. It’s a celebration of human difference over human sameness, of variety against uniformity, of genuine multiculturalism as opposed to that sham version of it that grants everyone the right to be unique except ourselves. “John Lennon and the Jews” is, by implication, also a plea for Zoroastrians, Quechua speakers, New Guinea tribesmen and quirky individualists of every stripe and color. It is on the side of “All things counter, original, spare, strange,” as Gerard Manley Hopkins put it in one of his loveliest poems.

I suspect that Maghen would have written every word of this splendid book even if he had never read “Letters to an American Jewish Friend.” Still, I’m honored if I had anything to do with it.

And, oh, for you non-New Yorkers: Don’t bother writing to 16245 Park Avenue, because there’s no such address. “John Lennon and the Jews” is available, so I’m told, from Amazon.

Hillel Halkin is the author of, most recently, “Yehuda Halevi” (Nextbook/Schocken, 2010).