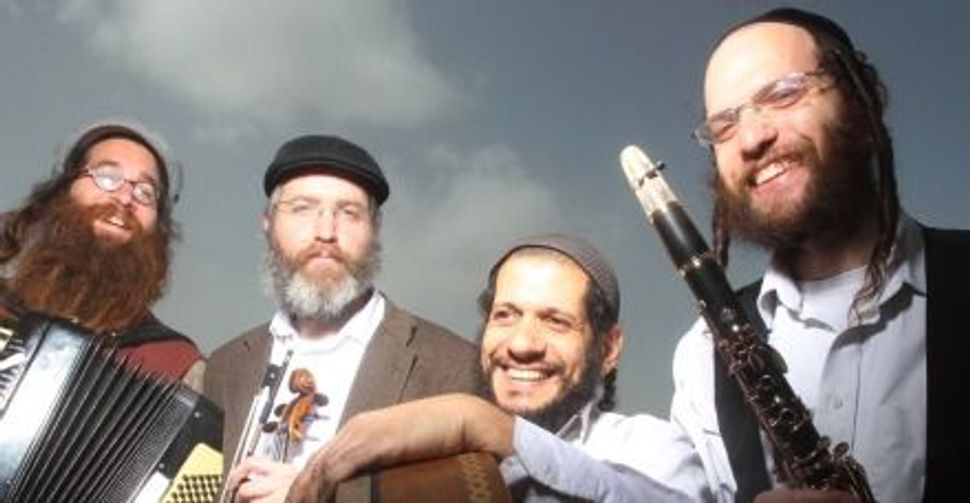 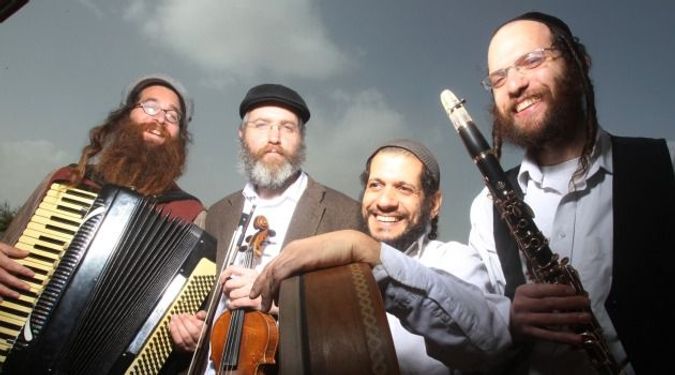 For my bar mitzvah, my great-uncle gave me a cheap GPX stereo system. Despite the fact that it was a piece of junk from the bargain retailer Jamesway (remember Jamesway?), given by a self-proclaimed audiophile who had promised to get me something good, that stereo had a huge impact on my musical life.

That year, I often fell asleep while listening to two cassettes set to play one after the other. The first was the 1979 Andy Statman and Zev Feldman album, titled simply, “Jewish Klezmer Music,” a seminal recording of the klezmer revival. The other was Giora Feidman’s “Viva El Klezmer.”

For some reason, the sound of a klezmer clarinet spoke to me even then, in a way that it did not to my friends. While my schoolmates were listening to religious groups such as the Miami Boys Choir, or debating the merits of singers such as Mordechai Ben David and Avraham Fried, I was in a very different musical world.

The next year, my parents sent me to an out-of-town yeshiva high school where nonreligious music was prohibited. But after high school, in the early 1990s, a chance encounter with virtuoso klezmer clarinetist Michael Heitzler on a New York bandstand rekindled my interest in this music.

From Heitzler I experienced firsthand how beautifully nuanced klezmer clarinet can be. Becoming a connoisseur had its downside, however, particularly since I was a working musician. It meant that when a saxophone player at a frum wedding would haul out a clarinet for the obligatory rendition of “Der Heyser Bulgar” (“The Hot Bulgar”) or some other klezmer standard, to make Grandma happy, I’d suffer more than most other accompanists at that gig.

Given the lack of interest in klezmer music among most musicians and listeners in the frum community today, I was pleasantly surprised when a relative in Israel gave me a CD a few years back, titled “Chasdei Hashem” (“God’s Kindness”). The album features stunning klezmer-style clarinet by Chilik Frank, who wails masterfully on long sets of Hasidic dance music. Here was the sound of Hasidic clarinet played the way I’d heard it in my head for years.

Intrigued, I picked up all of Frank’s available output. This included “Menagen Meron” (“Play Meron”), an energetic collection of dance tunes from Meron, a center of Breslov Hasidic culture in Israel; “Simu Lev El Haneshama” (“Be Mindful of My Soul”), which features exquisite arrangements of soulful Hasidic melodies, accompanied by piano and string quartet, and even “Tikun Chatzot” (“Midnight Remedy”), a keyboard and clarinet rendition of meditative melodies associated with the midnight prayers recited by some mystics to mourn the Temple’s destruction. I found these albums to be some of the most moving Jewish music I had heard in a long time.

It turns out that Frank is a Breslover Hasid from Jerusalem and a student of Moshe (Musa) Berlin, a well-known Israeli klezmer revivalist. He also studied with Feidman, the internationally renowned concert artist whose music I used to fall asleep to years ago.

This combination of influences and training means that Frank has both the studied knowledge of classic klezmorim like Dave Tarras and Naftule Brandwein and a more rare grasp of the spirit of Hasidic music, especially the music of Meron, as it has been played and danced to within the Breslov Hasidic community in Israel.

I recently heard Frank play at a wedding in the Williamsburg section of Brooklyn. He’d come to town to play a different affair, but was convinced to play again when the groom heard him and begged him to stay and perform alongside the already booked band. On the bandstand, Frank wore his long frock coat, eschewing the more casual jacketless dress of the other musicians. A tall, bearded man with long rolled sidelocks, he played intently, with concentration and feeling.

At the wedding, he played a beautiful set of Meron dance repertoire, leaving the stage when the band shifted to contemporary Hasidic pop. When I called him in Israel recently, he told me that he prefers playing the older melodies, which are “more refined.”

Frank told me that he started playing clarinet at age 15 and first played in Meron with Berlin two years later. He now plays there annually, at the Lag B’Omer festivities, and maintains a regular schedule of performances throughout the year at weddings and other community events. “I play for many different audiences — secular, da’ati [religious], and even non-Jewish — and I see and feel in all of them that they connect to the spirituality of these melodies,” he said.

Frank’s current concert group, Halev VehaMa’ayan (The Heart and the Wellspring), blends his virtuosic clarinet with world music arrangements. The band features an A-list group of Israeli musicians, including bassist Naor Carmi, Bukharian accordionist Ariel Aliev, violinist Oren Tzur and drummer Ilan Katchka. Onstage, the musicians dress in their traditional garb, with Frank in a shtreiml, or fur hat, and long coat, Carmi in traditional Chabad-style dress and Aliev in an ornately embroidered Bukharian robe. The band successfully straddles the ancient and the modern with its sensitive approach, sounding traditional and fresh simultaneously.

Halev VehaMa’ayan was the grand prize winner at the 2010 International Jewish Music Festival, held in Amsterdam, and since then, Frank has been attracting attention on the klezmer scene, with musicians sharing and commenting on his videos online. For his part, Frank said that he loves Tarras (whom he considers the best of the klezmorim) and Brandwein, as well as contemporary musicians such as Statman and Joel Rubin, among others. Frank’s own sound is strongly reminiscent of Tarras.

When I asked Frank about contemporary Jewish music, he said that to him, authentic Jewish music consists of the songs played in Hasidic courts and the melodies sung on holidays like Simchat Torah. In his view, current Hasidic pop is essentially secular music. But he feels that blending older melodies with more modern arrangements is also good, because it makes the music accessible to a contemporary audience.

Binyomin Ginzberg leads the Breslov Bar Band and also plays weddings and other parties for JewishMusician.com.

Watch a video of the Heart and Wellspring arrangement of the Breslov melody for ‘Keyl Adon.’ Frank’s solo comes after two minutes.