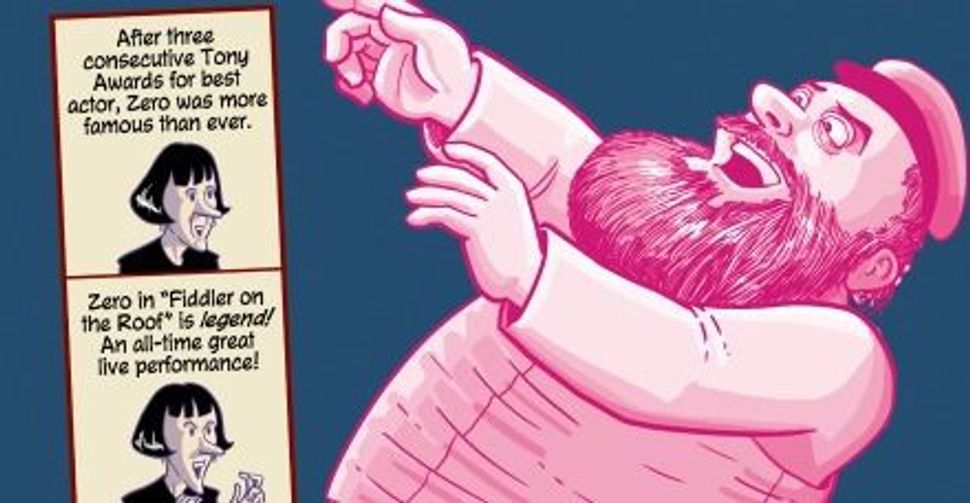 Image by courtesy of abrams 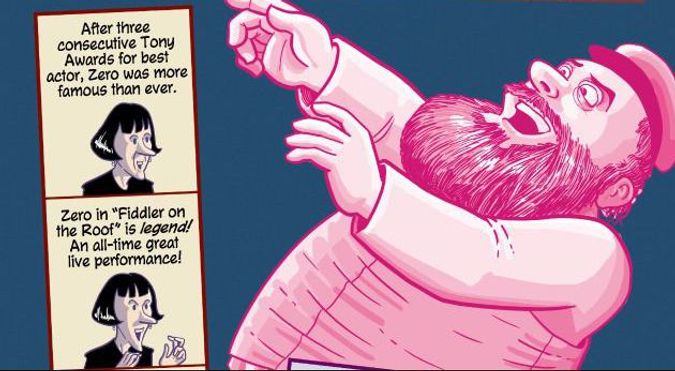 People don’t admire paintings they haven’t seen, or dance to music they haven’t heard, but they do all sorts of crazy things with languages they don’t speak. This is what Rutgers University scholar Jeffrey Shandler described in his 2005 book, “Adventures in Yiddishland” (University of California Press), as “postvernacular culture”: Just because people don’t know a language doesn’t mean they won’t hold intense beliefs about it, long for it or revile it, and, in ways both brilliant and bizarre, put it to use.

“Yiddishkeit,” an anthology co-edited by comics great Harvey Pekar, who passed away last year, and leftist scholar and non-Jewish Yiddish-speaker Paul Buhle, does not attempt to teach its reader a selection of Yiddish words, unlike Michael Wex’s and Leo Rosten’s best-sellers. And it is not a history or an analysis of Yiddish culture, nor a collection of Yiddish literature translated into English. It’s weirder, more puzzling and more difficult to describe: We might call it a postvernacular tour de force. 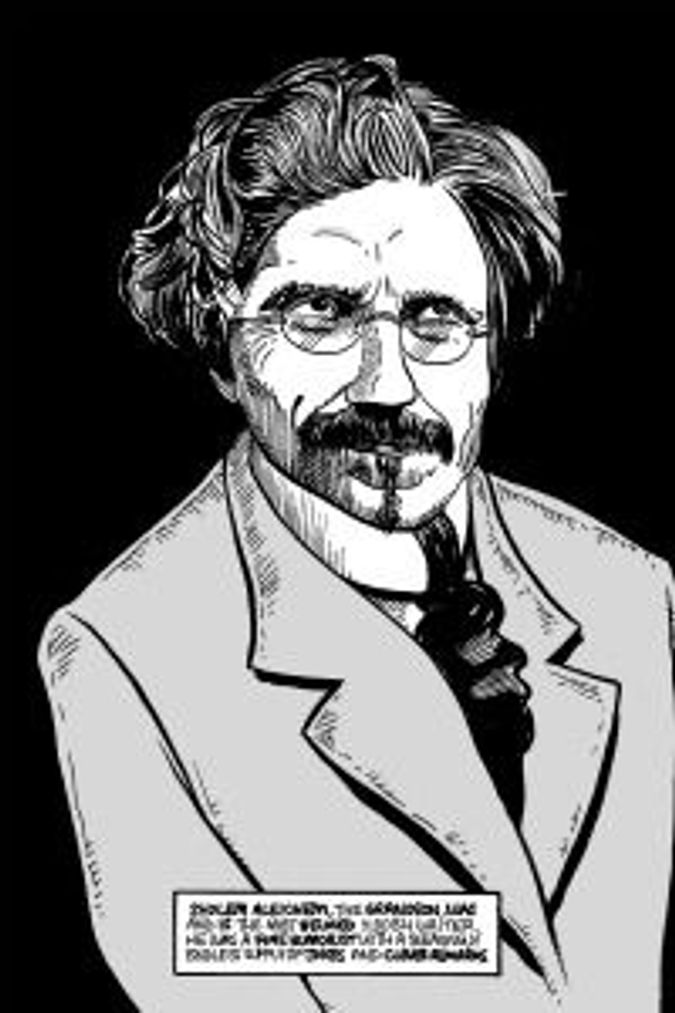 Animated Aleichem: The Yiddish writer?s meeting with Mark Twain is depicted in one work. Image by courtesy of abrams

Like any alternative comics anthology, only more so, this one presents material of varying quality, shuffling from the sublime to the ridiculous within the space of a couple of pages, and with only the vaguest sense of organization. It includes, in no particular order, six pages of cartoons from the classic Yiddish humor magazine Der Groyser Kundes; the complete script of Allen Lewis Rickman’s charming performance piece, “The Essence: A Yiddish Theatre Dim Sum,” with occasional illustrations, and three wobbly-lined pages of nostalgic sketchbook art and narrative by Marvin Friedman.

Much of the content is at once well intentioned, sympathetic and a little nutty in its compression. Joel Schechter, a Theater Arts professor at San Francisco State University, scripts eight pages of anecdotes that are more or less about the Yiddish theater — a page each, for example, on Chayale Ash, Paul Robeson, and the meeting between Mark Twain and Sholom Aleichem — all of which are drawn by underground comix legend Spain Rodriguez. Sharon Rudahl, feminist comix veteran and author of a graphic biography of Emma Goldman, retells the 1937 movie “Grine Felder,” or “Green Fields,” in the space of 11 comic book pages. A few of the most interesting contemporary creators of self-consciously Jewish graphic novels take on American pop culture: Danny Fingeroth and Neil Kleid condense two feature films about cantors — “The Jazz Singer” and “Overture to Glory” — to 21 panels, spread over four pages, and Barry Deutsch gives over another four pages to a super-quickie biography of Zero Mostel.

The strangest condensations here, though, are the retellings of classic works of Yiddish literature by Pekar himself, who is best known for his long-running comic book “American Splendor” and for its 2003 film adaptation. The inspiration for “Yiddishkeit” seems to have been a story from a 1988 “American Splendor” in which Pekar manages to squeeze the plot of I.J. Singer’s novel “Yoshe Kalb” — first published as a serial in the Forverts in the summer of 1932 — into just four comic book pages. “Yiddishkeit” boils down stories considerably further in its overview of 19th- and 20th-century Yiddish literature, scripted by Pekar and drawn by Dan Archer. In this survey’s treatment of S. Y. Abramovitsh, for example, “Fishke the Lame” takes up exactly one panel; “The Mare” gets slightly more extended treatment, two panels, and “The Travels of Benjamin the Third” is presented on a little more than half a page.

Buhle’s “Editor’s Note” acknowledges that “the summation of the famed short story by I.L. Peretz, ‘If Not Higher,’ into a spare two panels… will likely make traditionalists wince,” but it’s not clear what even nontraditionalists will glean from capsule summaries. At times, Pekar expresses a critical opinion — he loathes Isaac Bashevis Singer’s “corny sentimentality,” and praises Yankev Glatshteyn as “arguably the finest all round Yiddish writer” — but mostly he presents a list of authors and works that is considerably less detailed, if much better illustrated, than the relevant Wikipedia entries. Archer contributes admirably, offering moody, full-page, black-and-white portraits of a dozen writers, including not just Abramovitsh, Peretz, and Sholom Aleichem, but also David Pinski, Leon Kobrin and Kadya Molodowsky. But what, if anything, can readers gain from a survey this superficial?

That’s where postvernacularity comes in: Like the collection of kitschy coffee mugs and refrigerator magnets that Shandler analyzes as epitomizing that phenomenon, “Yiddishkeit” aims to interact with and influence the relationship between Yiddish culture and people who don’t read or speak the language. Specifically, the book promulgates a familiar set of ideas about Yiddish: that it was “focused on the here and now rather than on airy philosophical discourse,” as pop historian Neal Gabler says in his introduction; that it was an incubator for communists, socialists, anarchists and other leftists, which is what Buhle tends to emphasize, and that it was the medium for a rich and neglected modern literary and performance tradition and has indelibly marked American popular culture forever after.

There’s nothing original, comprehensive or especially insightful about these visions of Yiddish, but at least there’s more cultural-historical substance in this postvernacular book than on Shandler’s mugs and magnets. Give “Yiddishkeit” a chance, then, to make inroads for Yiddish among those who know little about it. By making explicit the links between Pekar and his Yiddish precursors, and suggesting how attention to Yiddish enriches one’s perspective on American culture generally, the book might succeed in luring a few readers of “American Splendor” to Harvey Kurtzman’s Mad comics and from there to modern Yiddish literature in translation, and then maybe — ver veyst? — to Yiddish itself.