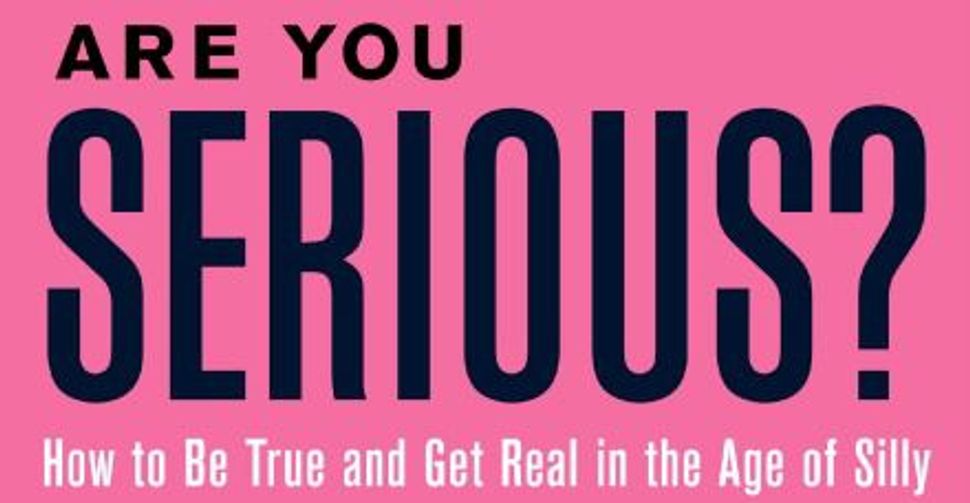 The first I ever heard of Lee Siegel was in 1999, I believe, when he was hosting a panel in New York City, at The Cooper Union. The friend who had invited me to the panel referred to Siegel as a tummler — a word that comes from Yiddish and often refers to a Borscht Belt entertainer who cajoled the audience members onto their feet and engaged them — provoked them using insults, slapstick or one-liners, whatever worked. The tummler pulled a penny from behind your ear (and let you keep it), and then danced with your grandmother. He kept things zippy. 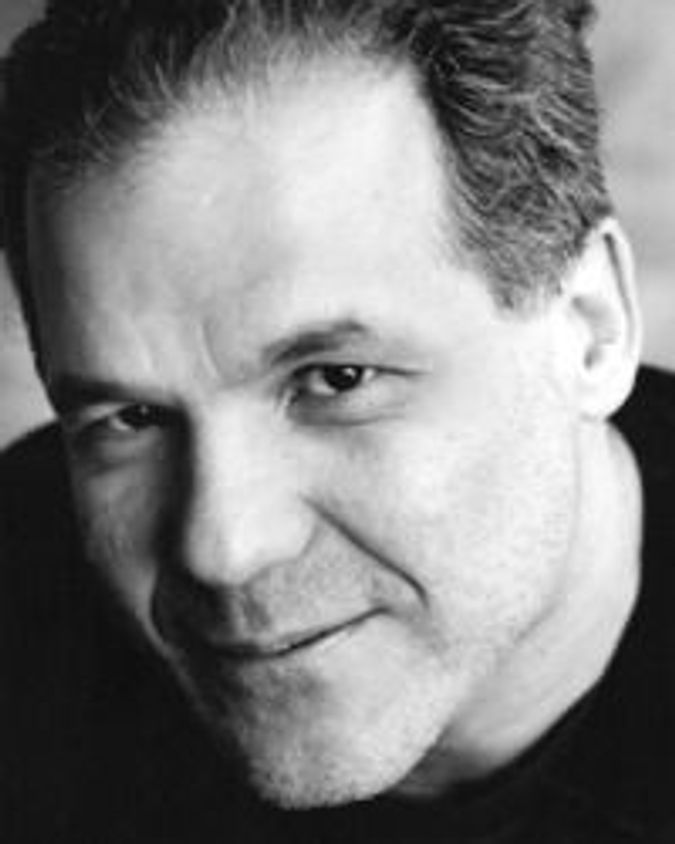 Modern-Day Tummler?: Lee Siegel likes to get a rise out of readers. He should spend more time being serious, if he wants to write about seriousness.

Siegel is the critic as tummler. He has been the art critic for Slate, a book critic for The Nation and the television critic for and senior editor of The New Republic. (He is rumored to have also been the food critic for High Times and the dance critic for Dwell.) Siegel knows about most things and has opinions about everything. He is sometimes right, usually interesting, often puzzling. I suspect he makes for good conversation at a dinner party, and fabulous conversation smoking a bowl in a dorm room — which I mean as a high compliment. The tummler is a little much to take early in the evening, but he is great company at the party afterward.

His new book, “Are You Serious?” is his version of the complaint that nearly every privileged citizen of the industrialized world has: Things were once better, certainly when we were children, and they may have been even better before that. (People in Ethiopia or East Germany tend not to look back on the recent past with nostalgia, but Americans and Brits have the luxury.) There are many ways to frame this discourse of decline. You can blame it on declining religiosity; you can blame it on increasing religiosity; you can blame it on the decline of the left; you can blame it on the rise of the left. And so forth. Siegel’s organizing principle is that American society has become less serious. He uses examples from all the arts as well as from politics — Balanchine to Palin, Dante to Colbert. 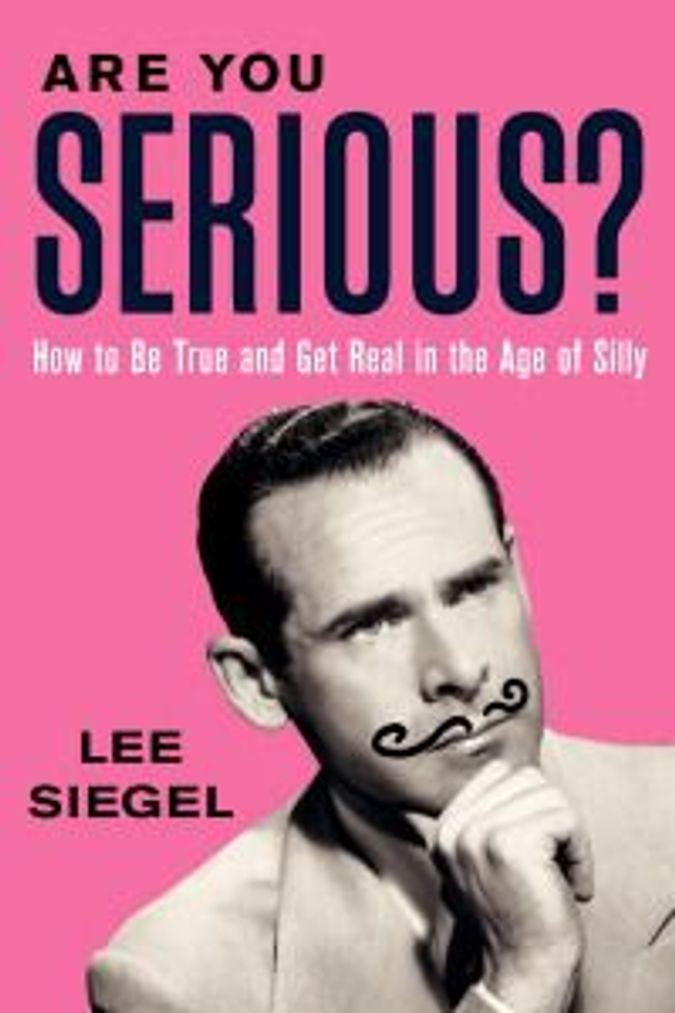 Siegel is too jumpy a writer to offer a clear narrative of decline, but I infer that his narrative would begin something like this: American Serious peaked after World War II, when veterans charged into the universities, into the professions and into the suburbs with a hunger for intellectual edification. “It was the age of the University of Chicago Great Books, Will and Ariel Durant’s ‘The Story of Civilization,’ Reader’s Digest, Clifton Fadiman’s ‘Lifetime Reading Plan,’” Siegel writes. He links their aspirations to a concerted sense of patriotic purpose, rather than mere vanity or narcissistic self-improvement: “As Americans were heeding President Kennedy’s aspirations to stay physically fit in competition with the Russians, they were developing their minds and taste for the same purpose.”

Already, I have to ask: Really? Is that why they watched Leonard Bernstein’s concerts on television, or read Mary McCarthy’s “The Group”? To fight the Russians? That is Siegel the tummler writing. But Siegel lurches from that claim to a plausible argument about how postwar seriousness declined from there. “To recap,” he writes, pages later, “[i]n the wake of the sixties’ upheavals, irony proliferated.

It began by blowing smoke rings at authority — George Carlin, ‘Rowan & Martin’s Laugh-In,’ the pre-Postmodern fiction of Donald Barthelme — and finally replaced earnest authority altogether: David Letterman; Comedy Central; the full-blown Postmodern nihilism of David Foster Wallace.” Then, Siegel argues, irony itself became the new seriousness, as comedians like Jon Stewart assumed the mantle of wisdom and trustworthiness once worn by such men as Walter Cronkite and Lionel Trilling.

In taking us orienteering through this postwar history, Siegel commits some howlers. For example, there are many reasons that people mistrust the media and instead prefer ironic commentary, but surely “the revelation that Saddam did not have the weapons of mass destruction that the broadcast and print media said he had” was not the “fatal” fact. It would be nice if people’s mistrust of the media were rooted in a hard-won skepticism. But is it not more rooted in, say, the ideological tentacles of talk radio, conservative (and liberal) bloggers, the perennial onslaught of campaign advertising and, quite simply, the proliferation of media outlets? Once upon a time, Cronkite, the local newspaper and Time magazine made up a good percentage of the news sources people had, and they spoke with a centrist unanimity that made them easy for most people to trust.

And I am not sure that the decline in John Updike’s reputation carries the interpretive weight Siegel wants to place on it. For Siegel, Updike is a good symbol for postwar, midcult seriousness. He met instant success in the 1950s and kept going until his death, in 2009, during which time his popularity and critical fortunes waned alongside the cultural seriousness that Siegel romanticizes. It could be that Updike was, as Siegel thinks, a victim of his close association with The New Yorker, and that as people began to take institutions less seriously it did not pay to be seen as an institutional writer. But it also could be, as I once argued in a review of Updike’s short stories, that when Updike’s signal themes of adultery and suburbia ceased to seem fresh, his books seemed repetitive, annoying even his most ardent fans.

The respective passages on Updike and photographer Marion Ettlinger are both enjoyable, if only to argue with. I like Updike less than Siegel does, and I dislike Ettlinger for different reasons (I just think her author portraits are silly). But these passages seem out of place in this book, which at a little more than 200 pages could have been shorter still. The pop culture detritus, the unseriousness, is the easy part; I wish Siegel had cut some of it out and focused on the hard part: what seriousness is.

There might have been more Aristotle here, since Siegel ultimately endorses a kind of seriousness of the virtues. At the end, he calls us to a new seriousness, one that would embody — according to his undercooked formula — the qualities of attention, purpose and continuity. It has something to do with resisting simplistic notions of heroism, striving instead to do a good job just because it is one’s job. Airline pilot Chesley Sullenberger, who in 2009 landed a US Airways flight in the Hudson River, is one of Siegel’s favored examples.

“If we were able to be aware, as Sullenberger suddenly was, of the world summoning us in this way throughout work,” Siegel writes, “then just doing our job would become the most meaningful act we could perform — as parents, spouses, friends, lovers, teachers, students, tradespeople,” and so forth (the list is long). “We would live conscientiously, as if our life were our work.” That sounds promising. Had he not wasted so many words tummling — taking easy shots at such hooligans as Keith Olbermann — Siegel might have said more about how to be serious. And I would have been listening.