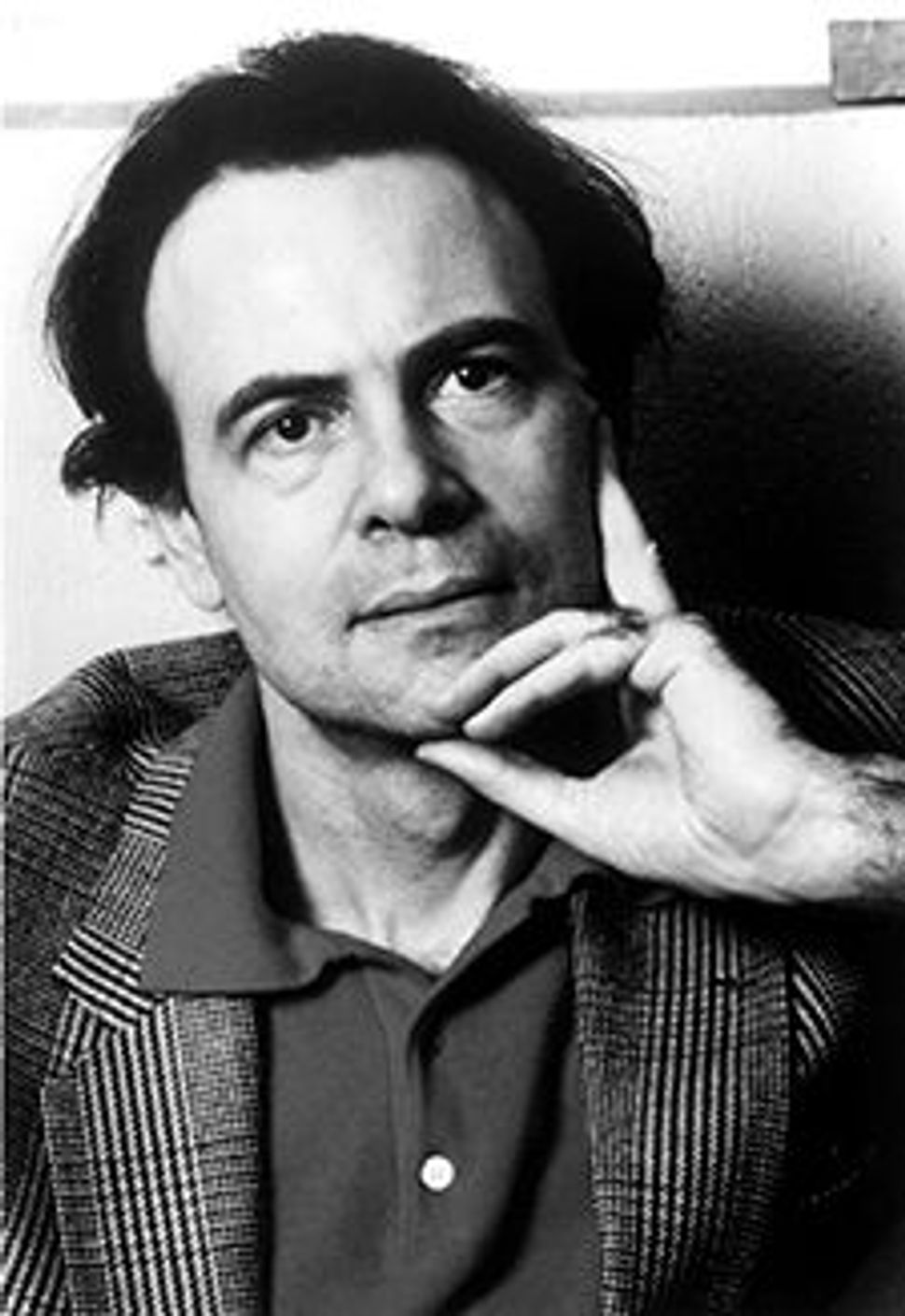 Brooding: Patrick Modiano is the subject of present attention but continues to dwell on his family past. Image by COURTESY OF EDITIONS GALLIMARD

Few European writers today have been more consistently haunted by modern Jewish history than French novelist Patrick Modiano. The selection of works by Modiano available in English represent only a small fraction of his prolific fictional output. All his books, including “Dora Bruder,” (University of California Press, 1999), the brooding account of his search for a young deportee he hears about in the late 1980s, are deeply influenced by World War II. 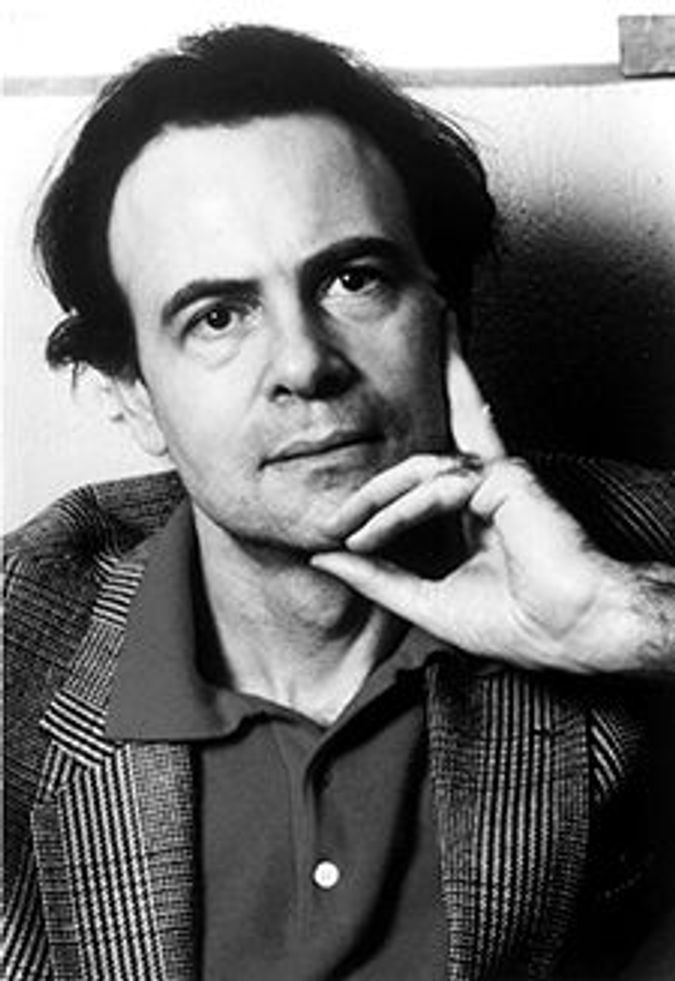 Brooding: Patrick Modiano is the subject of present attention but continues to dwell on his family past. Image by COURTESY OF EDITIONS GALLIMARD

This is natural, as Modiano was born outside Paris in 1945 to a Sephardic Jewish family with roots originally in Italy, although his ancestors, longtime inhabitants of Thessaloniki, Greece, included eminent rabbis.

Despite that august lineage, the author’s father, Albert Modiano, survived the war in Paris dishonorably, as a clandestine black marketer profiting from business deals with Nazis. As a writer, Patrick Modiano has spent decades sorting out his feelings about his heritage, but recently a slew of other French authors have taken up the job to help him evaluate his own family’s moral — and amoral — legacy.

On the fictional front, one such example is “Forgetting Modiano,” (“Oublier Modiano”). The novel, published in May from Editions Léo Scheer, revisits many European locations described by Modiano in his own novels. Its author, Marie Lebey, focuses on the ambiguous resonance of places still redolent of tragedies that occurred a half-century ago.

Cosnard points out how, for a decade at the start of his writing career, Modiano lied about his birth year, claiming to have been born in 1947, in order to distance himself, at least slightly, from the war’s “piles of cadavers and ruins.” In 2007 he admitted to a TV interviewer that he was “distressed and tormented to be born” in 1945. In a 2010 magazine interview, Modiano referred to himself as a “product of

the dunghill of the Occupation, that bizarre time when people who should have never met did meet and by chance produced a child.”

At age 13, Modiano occupied a room in his family’s apartment that was likewise pervaded by memories of the Occupation, as its bookshelves were crowded with volumes belonging to previous occupants, including writer François Vernet (born Albert Sciaky, to a family of Greek Jews in Thessaloniki), who would be murdered at Dachau, and Maurice Sachs, a French-Jewish author who collaborated with the Nazis and also met an untimely, still mysterious, end.

Influenced by these contradictory yet equally tragic attending spirits, Modiano’s earliest literary efforts were obsessed with Fascism and the Occupation. At age 21, Modiano published his first short story, about a new concentration camp in which young people of the 1960s (termed the “children of Himmler and Coca Cola”) are supposedly imprisoned by “kapos of charm,” including such popular singers as Mireille Mathieu and Françoise Hardy.

Paradoxically, Modiano would soon briefly try his hand at writing song lyrics for such “kapos” as Hardy and another young French singer of Polish-Jewish origin, Myriam Anisssimov, later the acclaimed biographer of such authors as Primo Levi and Romain Gary. But this attempt at songwriting proved to be short-lived, scarcely longer than a brief fling with Anissimov, alluded to by Cosnard.

Modiano’s first widely praised novel, 1968’s “La Place de l’Étoile,” an absurdist look at anti-Semitic Jews, contains as an epigraph a joke set in 1942, when a Nazi officer approaches a young man and asks, “Where is the place de l’étoile [literally ‘the place of the star’]?” and the young man, who turns out to be Jewish, points to the left side of his chest, thereby mutely indicating, “This is the place where the star should be,” or, “la place de l’étoile.”

This reference to the yellow patch that Jews were ordered to wear on their garments during the Nazi Occupation, in the context of linguistic misunderstanding between a Nazi and one of his victims, has an ever-painful resonance for Modiano. The fictional anti-hero of “La Place de l’Étoile,” Raphaël Schlemilovitch, imitates such real-life villains as Sachs and Joseph Joanovici, a French Jew of Romanian origin who sold iron to both Nazi Germany and the French Resistance during wartime. Modiano is not alone in finding something compelling about such profiteers, and Joanovici has recently been revived as the anti-hero of a best-selling series of French graphic novels, “Once Upon a Time in France” (“Il Était une Fois en France”).

Cosnard explains that amid the acclaim for “La Place de l’Étoile,” Modiano received some brickbats, notably from another young author, Bernard Frank, whose 1955 study “Israël” also unflinchingly examined anti-Semitism. Frank felt that Modiano was overly influenced by his own sardonic autobiographical portrait as a Jew, and wrote in 1970 that the younger writer “should have sent me a crate of champagne.” This suggestion Modiano violently rejected, in an article titled “The Anti-Frank.” Such defensiveness would become rarer as the years went by, although this past May, the zealously private Modiano had his lawyer write a letter to Lebey’s publisher, expressing how “profoundly shocked” he was by her presuming to speak for and not just about him in her novel.

Cosnard is particularly incisive in pointing out how in subsequent editions of “La Place de l’Étoile,” Modiano toned down or eliminated passages “especially to soften the attacks on his father, which might be read as… too anti-Zionist.” Cosnard adds that decades after “La Place de l’Étoile” first appeared, Modiano’s own view of the Holocaust had “evolved,” and so he eliminated some quotes and re-fashionings of sentences from Louis-Ferdinand Céline’s 1937 “Bagatelles pour un Massacre,” a lengthy tract calling for the murder of Jews. So lastingly controversial is this work that Céline’s widow still bans it from reprint in France today.

In the 1960s, Modiano’s response was to lampoon Céline and co-opt his delirium for literary purposes, but in later years, Modiano preferred to eliminate Céline from his novel entirely.

Such ongoing refinement of artistry is also reflected in his literary production, such as 1969’s “La Ronde de Nuit,” translated in 1971 as “Night Rounds”; 1972’s “Les Boulevards de Ceinture,” translated in 1974 as “Ring Roads,” and 1984’s “Quartier Perdu,” translated in 1988 as “A Trace of Malice.” As Modiano’s literary reputation keeps growing — in June he was awarded the prestigious Prix de la Bibliothèque Nationale de France for his complete works — his sense of literary, as well as historical, responsibility continues to augment.

While these English titles, long unavailable, deserve republication, there are other as yet untranslated works by Modiano that also warrant attention. One of these is a fascinating book-length conversation with French-Jewish historian and essayist Emmanuel Berl, originally published in 1976 as “Emmanuel Berl Interrogatoire” and reprinted by Les Éditions Gallimard in 2003.

As a real-life case of the morally paradoxical Jew who pops up where he is least expected, Berl served a brief stint in 1940 as a speech writer for Marshal Pétain, chief of state of Vichy France, penning a few of Pétain’s best-remembered phrases, such as “La terre, elle, ne ment pas” — “The earth doesn’t lie.”

The latter stolidly agrarian sentiment was extremely unlikely coming from Berl, who spent most of his life in a posh apartment in central Paris’s Palais Royal. Berl shared the apartment with his wife, the celebrated singer known as Mireille. As Modiano commented to Berl, “All the same, it’s a bit bizarre for a Jew….” Modiano has drawn sustained inspiration from the cruel historical circumstances in which some Jews did bizarre things in the interest of survival.