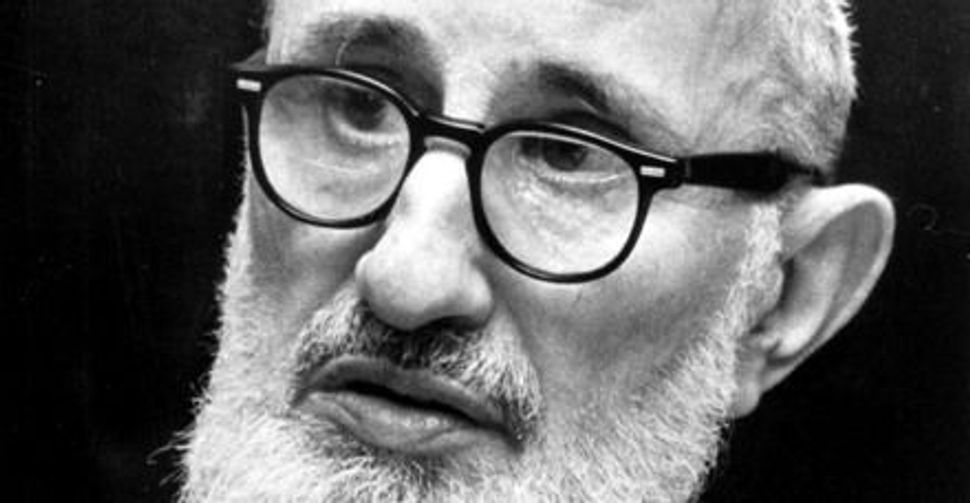 No other major movement in American Jewish life has been as dependent on one person as Modern Orthodoxy was on Rabbi Joseph B. Soloveitchik. He bestrode that world like a colossus for almost half a century before illness forced his withdrawal from public life in the mid-1980s. He passed away in 1993, at the age of 90.

Soloveitchik ordained more than 2,000 rabbis at Yeshiva University’s rabbinical school, devised Orthodox public policy as chairman of the Halakhah Commission of the Rabbinical Council of America and laid out a vision of non-messianist Orthodox Zionism as honorary president of the Religious Zionists of America. His complex amalgam of ideas, set forth at standing room only lectures and, beginning in the 1960s, in an accelerating stream of publications, melded the conceptual talmudic analysis developed by his family over generations with a philosophical and cultural sophistication honed at the University of Berlin, and a shrewd understanding of the realities of American Jewish life, which he gleaned as a pulpit rabbi in Boston. 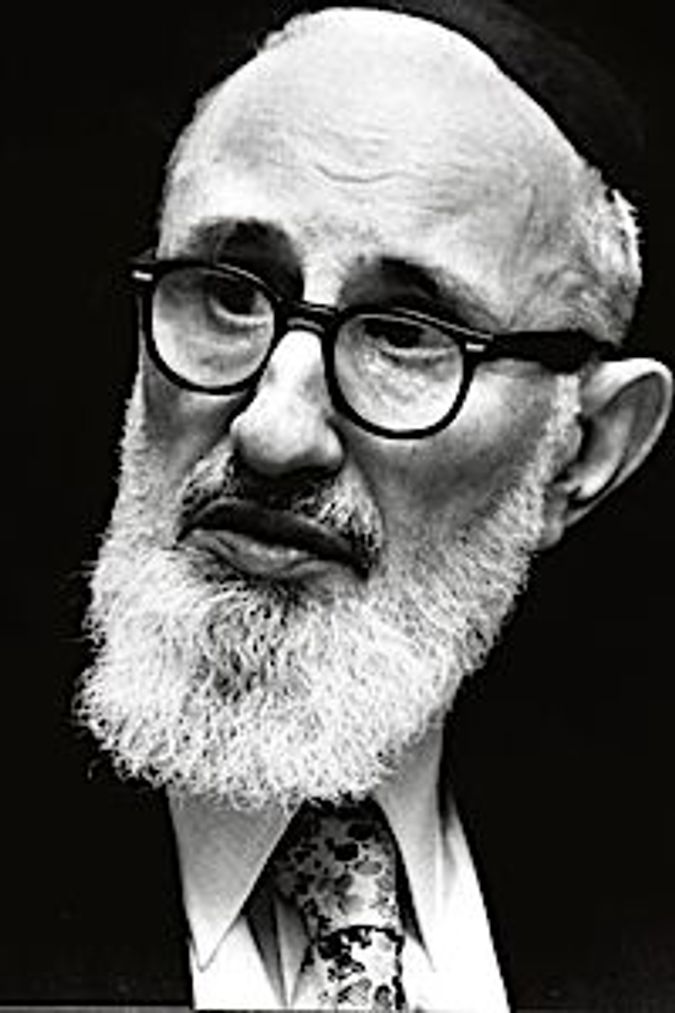 The Uniter: Rabbi Joseph Soloveitchik streamlined Modern Orthodoxy in the face of controversies like secular study and the role of women. Image by Irwin Albert

Although he distrusted labels and avoided the term “Modern Orthodox,” Soloveitchik largely created the intellectual basis of the ideology and the public image of the movement. Its splintering since his death over a host of divisive issues that he had managed to contain — such as the validity of secular studies, the religious role of women, standards for conversion, relations with Christians and with non-Orthodox Jews — testifies to the unifying role he played and to the end of an era that his passing signified.

To mark the centennial of Soloveitchik’s birth, the Van Leer Jerusalem Institute (in Jerusalem) organized an international scholarly conference in 2003 that examined his legacy. As this also came a decade after his death, the occasion provided an initial opportunity to assess that legacy from the perspective of some critical distance. Twenty-six of the papers presented at the conference — more than half the total — are printed in this volume, along with a short introduction by the editors. No reason is given for the belated nature of the publication, or for the omission of the other conference papers.

Although the authors included cover a broad ideological spectrum, the academic nature of the event perforce excluded those who view Soloveitchik as a traditional scholar of the Talmud who, at most, dabbled in the secular world — a view held by a surprisingly large number of people today, including much of the present Talmud faculty at Y.U. All the pieces here are rendered in Hebrew, even though the English-speaking participants spoke in their native language, making a (re)translation of the entire book into English for its large potential Anglo readership a matter of urgency.

The papers could be grouped into three categories. Least important for the general reader are textual analyses of some of Soloveitchik’s key writings that seek to tease out the exact intentions that lie behind his sometimes difficult prose. A second group, which consists of pieces that seek out philosophical and religious influences on Soloveitchik and/or parallels to his thought, suggests that he may have been far less original than some of his admirers assumed. Alan Brill, for instance, shows Soloveitchik’s heavy dependence on Protestant theologians Karl Barth and Emil Brunner; Yehoyada Amir argues for the influence of Buber and Rosenzweig, and others see parallels with Jesuit thought or, in Soloveitchik’s writings on marriage and the family, with Freud.

The third and most interesting category deals with Soloveitchik’s religo-political role at the helm of Modern Orthodoxy. It makes clear how, for Soloveitchik, maintaining an Orthodoxy both firmly rooted in the tradition and open to the outside world could be accomplished not according to predetermined formulas, but rather through balancing complex competing values. Add to this the ad hoc pronouncements he felt compelled to register to cope with practical problems as they arose, and it is no wonder that his record seems hardly consistent.

Contradictions, or at least inconsistencies, mark Soloveitchik’s involvement in virtually every major issue that confronted Modern Orthodoxy. Though he was so eager to delegitimize non-Orthodox forms of Judaism that he announced it’s better to miss hearing the shofar on Rosh Hashanah than to pray in a synagogue where men and women sat together, he enjoyed cordial relations with non-Orthodox rabbinic colleagues and resisted pressure from anti-modernist Orthodoxy to call on his students to leave rabbinical boards that included rabbis from the heterodox branches. Adamantly opposed to interfaith dialogue on matters of theology, since he felt that the intimate language of faith cannot be shared with someone outside it, his own writings were, as noted above, heavily influenced by Christian theologians, and an early version of his classic article, “The Lonely Man of Faith,” was delivered as a lecture at a Catholic seminary. Committed to Halacha as the overarching guide to Jewish life, he castigated those who wanted to decide political controversies on its basis, including the vexed question of how to dispose of the territories Israel conquered in the Six Day War. Declaring Halacha an autonomous discipline that did not allow for extraneous modes of inquiry, thus ruling out historical or sociological considerations, he nevertheless modeled his own vision of Halacha on abstract mathematics, which, while arguably just as, if not more, extraneous, had the virtue of standing beyond time and place, bolstering the case against religious change.

While Soloveitchik’s intellectual juggling act kept Modern Orthodoxy going during his lifetime, a number of participants at the conference consider it unfortunate that his acceptance of modernity did not go further. The most outspoken of the critics is Irving “Yitz” Greenberg, who laments that Soloveitchik, in his view, shied away from espousing religious pluralism and from the need for the Orthodox world to engage with modern critical scholarship on the Bible and Jewish tradition.

The book gives the last word to Tovah Lichtenstein, Soloveitchik’s daughter, who argues quite plausibly that without her father, Modern Orthodoxy would have been swallowed up by the Conservative movement, leaving the Haredi version as the only kind of Orthodox Judaism in America. And the Israel-based Lichtenstein ends with a chilling judgment of the contemporary American scene, claiming that while many cite Soloveitchik to further their own agendas, few follow in his path. Perhaps his example of living in two intellectual worlds simultaneously was too complex or too demanding, she says, but whatever the reason, her father’s form of Orthodoxy is in danger of disappearing in America.

If she is right, this volume offers abundant evidence of how much we have to lose.