After Drama With Wiesel, ‘Madoff’ Opens on Stage 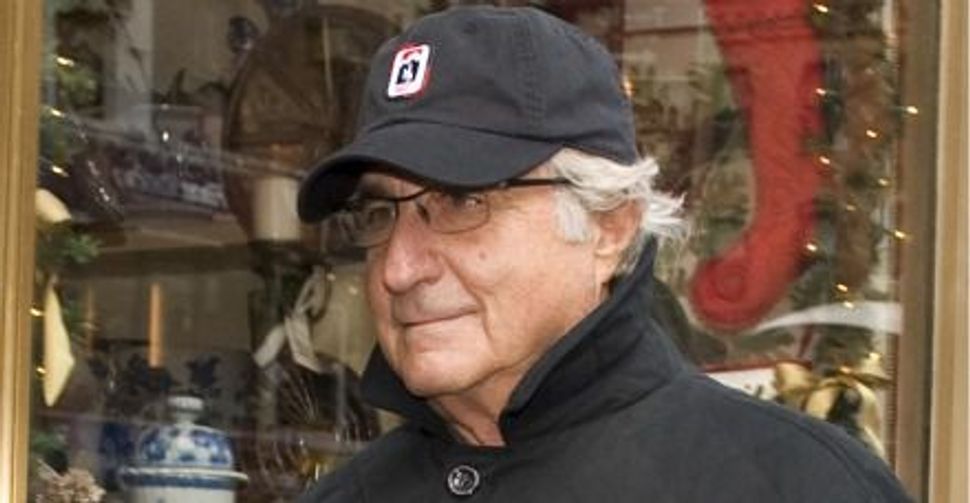 Two years down the pike, much of the Sturm und Drang surrounding Bernard Madoff and his elaborate Ponzi scheme has become more nuanced. Nowadays, Madoff’s behavior does more than just provoke shock and indignation; it raises questions about Jewishness, human dignity and, above all, morality. These questions are embodied by the situation of Nobel Laureate Elie Wiesel, one of the more prominent individuals bilked by Madoff. 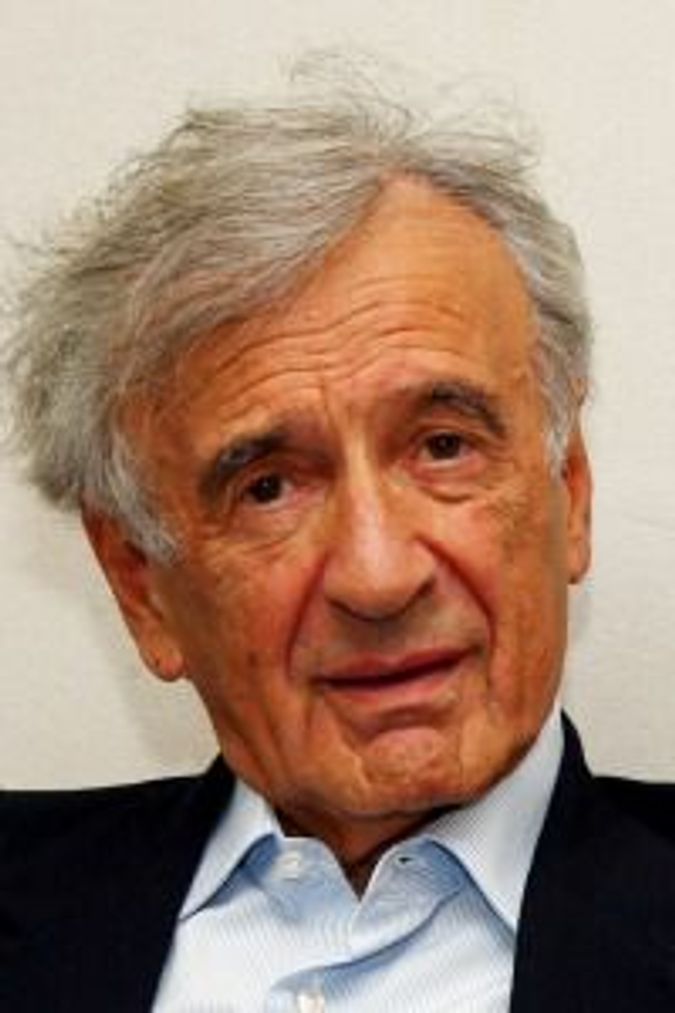 Specifically, what might Wiesel have to say to Madoff? This question is explored in a striking play by the Yale University professor and playwright Deb Margolin, “Imagining Madoff,” to open in a re-contoured version directed by Alexandra Aron at Washington D.C.’s Theater J on August 31.

Margolin’s play has been no stranger to controversy. Its original version prompted threats of a lawsuit on the part of Wiesel, who, in The New York Times, characterized the play as both “defamatory” and “obscene.” The original script of “Imagining Madoff” had Wiesel as the foil to Madoff, and portrayed the two men as point-counterpoint typologies. One appears decent and moral, a fighter for human dignity, and the other morally bankrupt, the worst financial criminal in centuries — but in fact, the script portrays neither Madoff nor Wiesel as anything other than human. 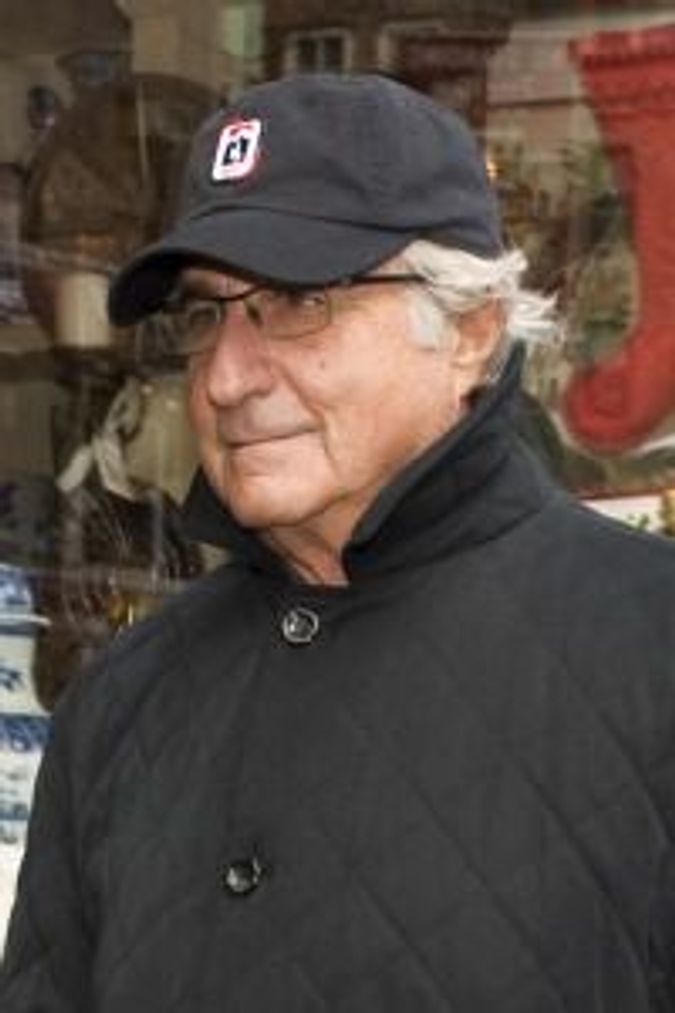 The Wiesel contretemps is a story in itself. Early in 2010, the prestigious Theater J planned to open its 2010–2011 season with “Imagining Madoff,” and news of this was leaked to The Washington Post — as well as to Wiesel. Within days, Margolin received a FedEx letter from Wiesel, in which Wiesel said, in effect: “I have read your defamatory play. I will consult with my lawyer, and I will have my lawyer shut it down.” A response to the proposed lawsuit came from Theater J’s artistic director, Ari Roth, who promised that Margolin would change the play in a manner that would satisfy Wiesel. Margolin agreed to a rewrite, but Theater J, feeling that it had to protect itself, offered to submit the new script to Wiesel for assurances that it contained nothing actionable. Margolin: “This was censorious; Elie Wiesel stands for freedom of speech,” and in April 2010 she withdrew the play from Theater J.

Margolin did prepare a script that replaced Wiesel with a new character, Solomon Galkin, that dramaturgically occupied the position of morality that in the earlier script had been held by the Wiesel character. In the new script, however, Galkin is a different character completely — emotionally, professionally, even physically — even as he continues to represent morality, dignity and, indeed, “Jewishness.” Madoff and Galkin are natural foils for each other. For Madoff, it’s simple: He objects to ethics, to piety and to obedience to moral authority. Galkin came out of the hell of European Jewry’s destruction and embraced the ethics of the Torah and of Jewish peoplehood. At the same time, Galkin, who yammers on and on about baseball and God, is a bit of a dork — the perfect foil for the manipulative Madoff.

The newly crafted play opened at Stageworks/Hudson, in Hudson, N.Y., in July 2010, to glowing reviews. Now, “Imagining Madoff” has ultimately come back to its starting point, Theater J, with its history of producing thought-provoking, indeed provocative Jewish theater. In a lengthy process of rapprochement, Roth expressed renewed interest in “Imagining Madoff.” The turning point in Roth’s thinking came when 89-year-old actor Michael Nussbaum — who will appear in the role of Galkin — expressed nothing less than passion for the script.

As Margolin noted to the Forward: “It was important for ‘Imagining Madoff’ to return to Theater J; its return signaled to the world that the play is free and clear, and it came home.”

Aside from the highly nuanced question of the Galkin character, a portrayal of a figure who in the eyes of many has achieved apotheosis, the issue remains for Theater J and for Jewish groups generally the extent to which Jewish establishment organizations — and Theater J is largely underwritten by the Washington Jewish community — respond to pressure. This issue, long a staple of the public affairs and political arena, is now focused firmly on the cultural arena with “Imagining Madoff.”

Margolin offered the reason for having an “Elie Wiesel” in the play: “It is dramaturgically revelatory to have two men at opposite ends of the moral spectrum in the same room.” Indeed, the Wiesel and Madoff characters in “Imagining Madoff” forged a compelling exercise in drama-as-moral-investigation. But with regard to Wiesel, who has for many years been the public voice of human rights and of freedom of speech, the question remains: What lay behind his sensitivity about the play? Speculations abound. One historian, who spoke on condition of anonymity, asked: “This is how Elie wants to be remembered, forever? Elie wants to be remembered as a moral voice against genocide, for going to Rwanda — not for being bilked in a scam.”

There may be no clear-cut answer to this question, or to the many others raised by “Imagining Madoff” and its bizarre history. In the words of Solomon Galkin, “Like everything Jewish, there are too many answers!”

Jerome Chanes is a Forward contributing editor. His “The Future of American Judaism” is forthcoming from Trinity/Columbia University Press.

After Drama With Wiesel, ‘Madoff’ Opens on Stage