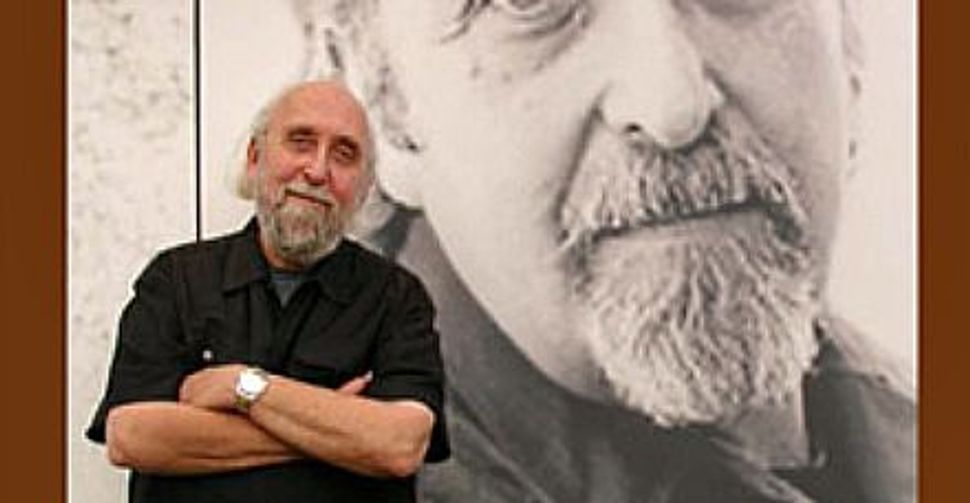 Image by courtesy of Jerome Rothenberg 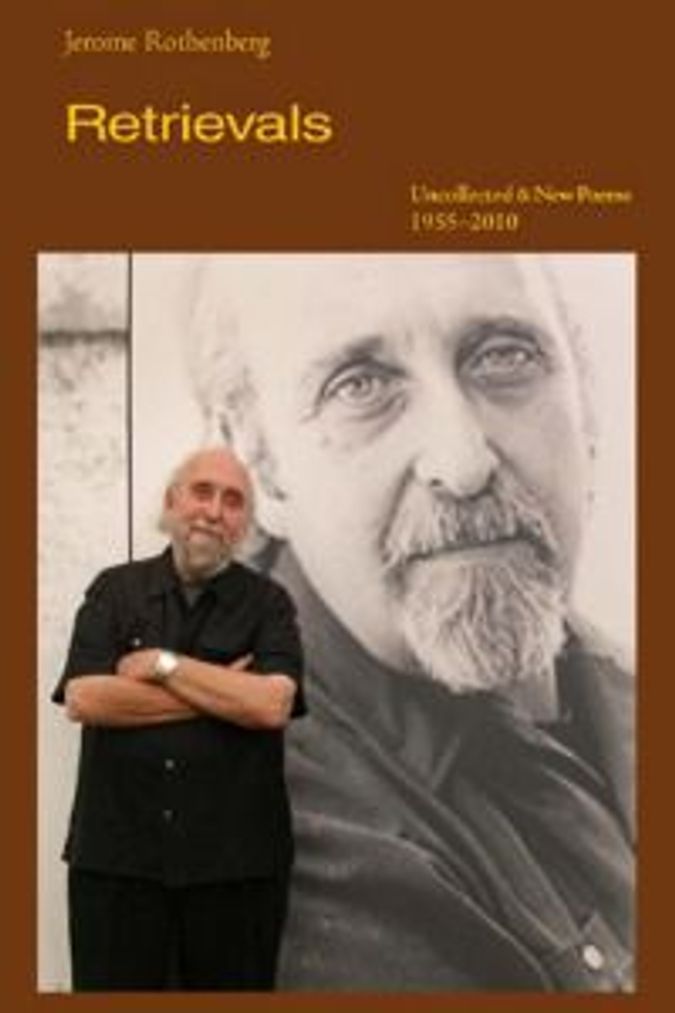 Image by courtesy of Jerome Rothenberg

Author and translator of nearly 100 books of poetry as well as editor of numerous groundbreaking anthologies, poet Jerome Rothenberg is turning 80 this year. A retrospective of his work has long been overdue. Yet Rothenberg, who throughout his literary career has dodged conventions and expectations, stays true to the course with his recently published collection, “Retrievals.” Although billed as a retrospective, the book does not have any of his best-known or most anthologized work, but only poems that have fallen between the cracks: unpublished and newly rediscovered material from over the years. As the author himself puts it in the afterword, this is a “book that charts my life as a poet… if it were arranged without the poems collected here.” It is his literary trajectory, read through the lens of previously unknown work.

Rothenberg’s contribution to the canon of American poetry is considerable — not only in terms of poems but also the poetics: theory, criticism and techniques. Most notable is his involvement with “ethnopoetics,” which has grown to become a full-fledged movement and literary field. A term he coined in the 1960s to describe notions of poetry within cultures other than Western, it attempts, for example, to attain wider understanding of the narratives of Native American mythology through the context of its rituals.

As an anthropologist, translator and folklorist, Rothenberg not only goes to the very roots of poetry, but also follows its hypothetical branchings. His interests in mysticism and linguistics have led Rothenberg to a poetic engagement with gematria, the ancient Rabbinic hermeneutic device. Using the idea that every Hebrew letter has a numeric value, it offers connections between words and phrases otherwise unrelated. In his book “Kabbalah and Criticism,” American literary critic Harold Bloom called it “interpretive freedom gone mad,” but in Rothenberg’s work, gematria is more about a surprisingly natural or, one could say, casually cosmic connection underlying language’s building blocks. Indeed, “Retrievals” features a group of poems, composed using gematria, where gematria becomes a device akin to rhyme — except in place of the sonic correspondence there is an abstract and mysterious mathematical one.

Aside from such esoteric experimentation, however, this collection contains poems based on the most primal forms of poetry — conversation. A memorable example:

A Hasid from Belz
with whom I speak
high in the DC-10
& waiting at the door of
Men’s Room
— you from Brooklyn?
— yeah
— how many Jews in San Diego
I dunno
can’t count them
lots of Jews

It is not only the direct speech colloquialisms and the seemingly mundane settings that make this poem deeply conversational, but it is also the overarching theme of the journey: Telling stories about chance encounters on the road is as ancient as literature itself. It has access to the mythic and reaches back to the orality of Homer — or, perhaps more relevantly, to early Hasidic tales. The Hasid asks Rothenberg what Jews have asked each other for centuries: How many landsmen in your town? And although Rothenberg plays it off, using this as an occasion for ironic disengagement, his enjoyment and amusement at hearing the question are all too obvious. His seemingly dismissive answer — “dunno… lots of Jews” — suddenly unveils itself in the poem’s final line — “like the stars.” He is riffing on Torah’s Abrahamic promise, an expansive answer to the Hasid’s earlier question, and also, in a way, a certain mirroring: For are not the poem’s “stars” the two men chatting in the airplane firmament?

The push and pull in the poem is constant. On the one hand, the poet establishes a bond with the Belzer through his grandfather. Yet on the other, he distances himself by conjuring the memory of Jiri Langer, Kafka’s friend, who, despite his assimilated Western upbringing, joined the Hasidim, bringing back their culture to Kafka as a freakish, exotic gift.

The key trope here, as in a great deal of Rothenberg’s poems that deal with Jewishness, is that of his identity emerging from him in a manner almost involuntary. Despite him preferring, perhaps, silence, his response is extracted by an external force: “he pulls the words from me.”

A similar sentiment appears in the introduction to the “Triptych,” the most explicitly Jewish collection of Rothenberg’s writing, which deals with the Holocaust. There, Rothenberg confirms that he always suspected that poetry was the language of the dead, whose memories and spirits he invites into his text. Recounting the tragic story of his uncle’s family, the poet opens himself “for allowing my uncle’s khurbn to speak through me.” This idea of speaking about his Jewishness in terms of channeling and possession fully culminates in another poem found in “Retrievals”:

Basil Bunting, the British Modernist poet to whom the poem is dedicated, was a great promoter of the music of poetry and would have enjoyed the poem’s (italicized) screaming. The piece describes the havdalah ceremony, performed at the end of shabbos and meant to separate shabbos from the rest of the week. Thus poised on the razor-thin moment between the sacred and profane, the poet is both taken aback and inspired by his friend’s question and, possessed, channels “some old rabbi… screaming in his cups.” He blurts out a stream of free associations and, in doing so, answers his friend’s question. From this state he concludes that one “knows no blessing without madness.” That is to say, the sacred impulse is never quite separate from chaos and desire, blessing is never for its own sake, and the heavens, more often than not, can be found in one’s very own mouth.

Staying true to his goal of retrieval, the poet unearths some material that is more interesting in that context than elsewhere. Yet the caliber of most of the poems is such that it is hard not to wish for immediate publication of a comprehensive collected edition. One also can’t help but wonder how the trajectory of Rothenberg’s work will continue in the years to come. May he live to the age of 120, and on his way, along the lines of his piece “the last jewish poet,” his oeuvre will become ever more unraveled into a Kafkaesque paradox, infused with humor that’s Rothenberg’s own:

a toothless jew
in paradise how gently
blow these winds
over miami!

Jake Marmer writes about poetry for the Forward.