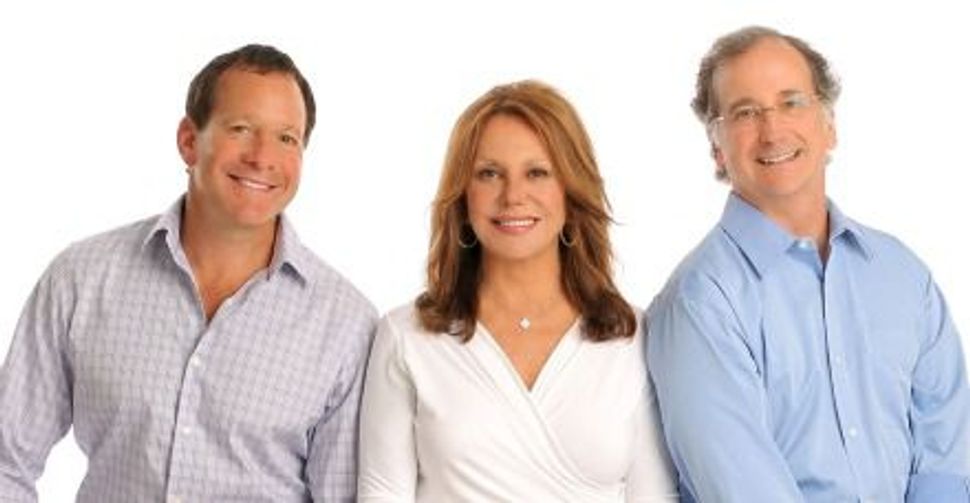 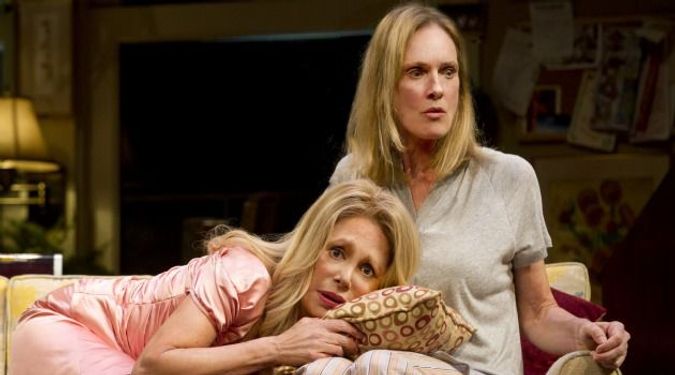 ?Relatively? So-So: The collection of one-act plays, including Elaine May?s ?George Is Dead? don?t live up to their bold-face hype. Image by joan marcus

One can’t help but experience a certain amount of culture shock after wading through the throngs of Occupy Wall Street protesters in Times Square en route to a seat in a Broadway theater. The consumerist impulse is nowhere more ritualized than on Broadway, where for $65 to $250 a seat, you can watch movie stars and Disney characters traipse, in person, across the stage. It’s not the opera or the ballet, with pretensions to art, flattering notions of refinement. No, Broadway embodies the cigar-chomping, American show business tradition of giving the people what they want. But not all people can shell out that kind of money for a single night’s entertainment, and in the grip of our current economic gloom, this fact seems more urgent than ever before.

In my case, the theater was the Brooks Atkinson, on 47th Street. The show I was there to see, “Relatively Speaking,” is a trio of one-act plays by celebrity writers Ethan Coen, Elaine May and Woody Allen.

If the plays are too disparate in tone and theme, an evening of one acts can feel imbalanced or random. The three plays “Relatively Speaking” comprises are meant to overcome this hazard by showing a fractured vision of the contemporary family: birth, death and marriage, each handled in turn by a single writer. That the authors are all Jewish and known for, at least sometimes, embedding their Judaism in their work promises the possibility of further overlaps between the distinct visions. As I took my seat, I had hopes of experiencing an evening of theater that added up to more than the sum of its parts.

This was not to be the case. Though the plays each do, in some way, relate to issues of family, they have little else in common with one another.

The first play of the evening, Coen’s “Talking Cure,” is an elliptical series of blackout scenes between an unnamed patient — incarcerated in some sort of undefined psychiatric hospital, apparently for the criminally insane — and his doctor. Gradually, we learn the reason that the patient (played with perfect Brooklyn grit by the consummate New Yorker Danny Hoch) has been jailed: While working at the post office, he attacked an elderly woman, and the doctor’s visits are meant to uncover his deep-seated psychological motivations. For the most part, though, the two of them argue over words, their definitions and implications, and the futility of broaching another’s consciousness through the faulty tools of language.

In the final scene, the focus shifts to the patient’s parents on the night his mother went into labor with him. They argue semantics, too, but instead of using the generalized contemporary vernacular of the patient and his doctor, they do so with the rhetorical flourishes and Yiddish rhythms of midcentury American Jews. Their conversation consists, for the most part, of an extended riff on inviting “the Hitlers” to dinner. Presumably, this scene is meant to supply answers to what might have caused the son to become so unhinged, but these answers are so obliquely presented that one can’t be quite sure what the real connection is — something about the yell-y, shout-y Jewish temperament and the damage it instills in the children who witness it.

In contrast to the uber-contemporary, Mamet-esque gestures of “Talking Cure,” Elaine May’s “George Is Dead” is locked in the theatrical vernacular of the 1960s and ’70s. It’s a situation comedy, and but for the fact that it’s only one episode, one could easily imagine watching the events it depicts on Nick at Nite, sandwiched between “All in the Family” and “The Mary Tyler Moore Show,” maybe. The premise tells the whole story. The unfathomably rich, but emotionally stunted Doreen — played by Marlo Thomas, using the comic chops she honed on “That Girl,” another sitcom from that era — learns that her husband has died suddenly while skiing in Colorado. Not knowing how to do any of the things required of a grieving widow, Doreen goes to finagle help from the daughter of her “nanny,” showing up unexpectedly at her apartment, looking for her problems to be solved. May milks the situation for all it’s worth, but the tropes and turns of the form are so deeply absorbed into our culture now that even a master practitioner like her can’t save the play from feeling dated.

Woody Allen’s “Honeymoon Motel” presents yet another unrelated theatrical vernacular. It begins with an aging Jerry Spector (Steve Guttenberg) and a nubile Nina Roth (Ari Graynor) fawning over each other in their honeymoon suite. In a series of quick reversals, we learn that Jerry is in fact the stepfather of the groom, and he’s stolen the bride away from the steps of the altar. Obviously, this has caused an immense amount of chaos among the families involved. One by one and two by two, family members come knocking at the door, demanding answers. As the room fills to bursting with disgruntled people — Jerry’s psychologist and the wedding rabbi show up, too — tempers flare, everybody shouts at everybody else and Allen gives up on trying to make sense of the story. The plot’s not the point in this play, anyway. It’s all about the jokes. They come nonstop, and they’re hilarious. Some examples:

“Did you see the look on the rabbi’s face?”

“Uncle Mendel had a stroke… he was rushed to Columbia Presbyterian.”

“From Great Neck? There was nothing closer?”

(This one received the biggest laugh of the night.)

We’re in Allen’s familiar antic, zany world, and though as a play “Honeymoon Motel” is a mess, as a platform for Allen’s still devastatingly acerbic humor, it kills. The audience is entertained, unequivocally and uncomplicatedly — it’s finally been given what it wanted.

There’s a moment in “George Is Dead” when Carla, the nanny’s daughter, is arguing with her husband, Michael, about why she missed the important speech he was giving that night at Amnesty International. “It must be nice,” she says, “to have so much pity for the victims of human rights violations and so much contempt for every other kind of suffering…. There are little tragedies, too, you know.” To which he replies: “No, there aren’t. There are just little melodramas.”

If you can afford it, “Relatively Speaking” is a harmless way to spend an idle evening. For the rest of us, there are greater tragedies than the little melodramas it contains taking place right outside the theater doors.

Joshua Furst is the author of, most recently, “The Sabotage Café” (Knopf, 2007).