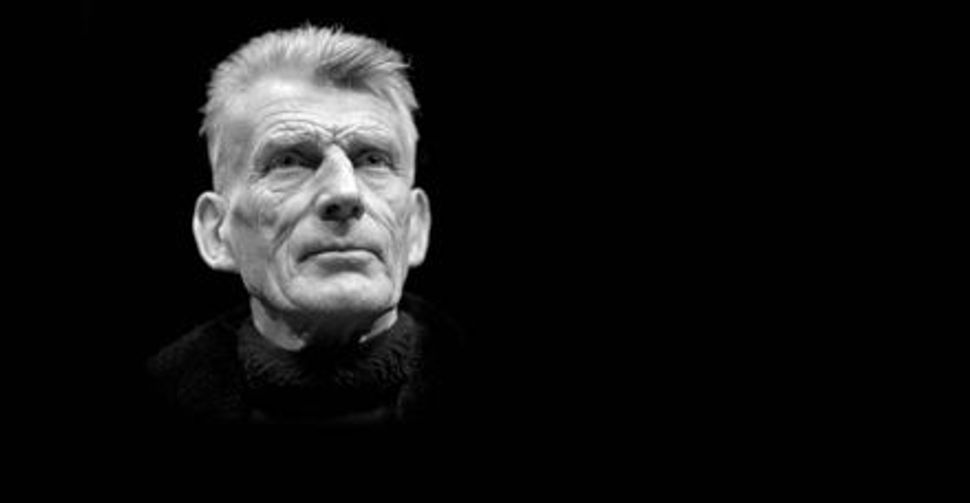 Although Nobel Prize-winning author Samuel Beckett is known for his tragicomically inert characters, he himself was an anti-Nazi activist during World War II. Unlike the ever-absent Godot, the bedridden vagrant protagonist of his novel “Molloy” or the despairing characters in his play “Endgame” who lack legs and the ability to stand, Beckett — though painfully shy and prone to melancholy — was a dynamic member of the French Résistance. His surprising wartime actions are detailed, if not fully explained, in the 2004 biography from Grove Press, “Damned to Fame: The Life of Samuel Beckett” by James Knowlson. 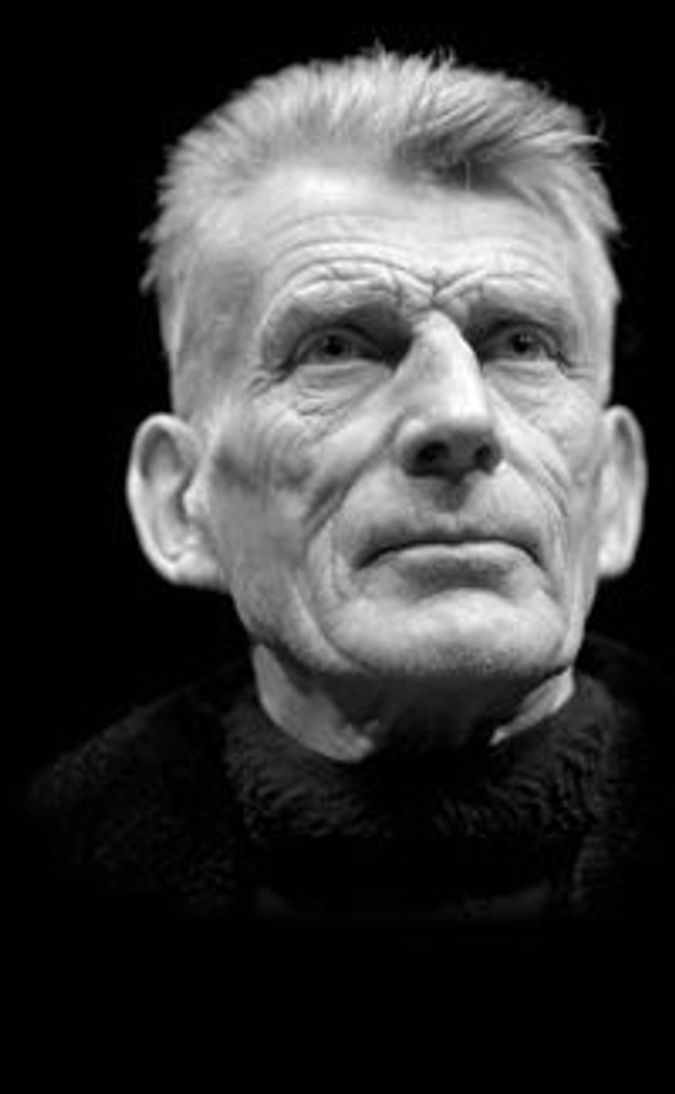 Virtuous Man: A new book of letters sheds light on Samuel Beckett?s bravery in the face of Nazism. Image by John Haynes

Like his mentor, James Joyce, Beckett was unusually philo-Semitic among European modernist writers, and he joined the Résistance, Knowlson notes, soon after Joyce’s Jewish friend and amanuensis, Paul Léon, was arrested in Paris (Léon would later be murdered in Auschwitz). A fuller understanding of Beckett’s motivation for his pro-Jewish and anti-Nazi activism had to wait until two new books appeared.

Taking us from wartime to the early part of the author’s great achievements, Cambridge University Press has just published “The Letters of Samuel Beckett: Volume 2, 1941–1956” following the first volume in 2009. This adds to insight gleaned from “Samuel Beckett’s German Diaries 1936–1937,” released in June by Continuum. Author Mark Nixon, analyzing still-unpublished journals by Beckett, describes the latter’s reactions to a sojourn in Germany intended to improve his grasp of the language and knowledge of the visual arts.

Together, these books underline how profound Beckett’s ties were with the Jewish people. Some literary studies have suggested how, as Irish writers in self-imposed exile, Beckett and Joyce identified intellectually with Jews as people of the Diaspora. Moreover, “otherness,” a sense of apartness and singularity, was a motivating force in both writers’ work, as explored in such studies as Marilyn Reizbaum’s “James Joyce’s Judaic Other” (1999) from Stanford University Press. Yet Beckett’s attraction to Jewishness was more than just metaphoric otherness — it was inspired by family unity.

Beckett’s beloved Aunt Cissie married a Jewish art dealer, William Abraham Sinclair, known as “Boss.” Following Boss’s death, in 1937, his brother Harry Sinclair sued a Dublin writer, Oliver St. John Gogarty, for libel after passages in a book referred to him and Boss as “Two Jews in Sackville Street” and to their grandfather as an “old usurer.” Beckett, quiet and retiring by nature, made a special trip to Dublin from Paris, where he was by then based, to testify on behalf of the plaintiffs. Beckett was fond of Sinclair, and writes to a friend about Boss, “His last words to me were an apology for his poor company.” Beckett added in a letter to a friend, condemning St. John Gogarty and idle bystanders alike, “There are limits to scurrility, & to cynical laissez-faire.”

This moral statement marks an emotional turning point in Beckett’s life. He took a strong public stance, contrary to his own withdrawn and diffident nature, soon after his first exposure, in 1936, to Nazi Germany. Writing from Hamburg to a friend, he noted: “All the lavatory men say ‘Heil Hitler.’” The diaries that Beckett kept during this tour contain “numerous references to people being ‘appallingly Nazi,’” according to Nixon, who quotes Beckett on Third Reich ideology: “The expressions ‘historical necessity’ & ‘Germanic destiny’ start the vomit moving upwards.”

On the contrary, Beckett was drawn to Germany’s Jews, such as the eminent Polish-born art historian Rosa Schapire, who would escape to England in 1939. With typical prescience, Beckett wrote to Irish poet Thomas McGreevy in 1937 that the Nazi “campaign against ‘Art-Bolschevism’ is only just beginning.” To see the paintings of the once acclaimed German-Jewish modernist painter Max Liebermann, Beckett had to obtain permission to visit the Museum of Hamburg basement where they were then hidden from view. As the author of a 1930 book on Marcel Proust, Beckett was surprised to meet a German doctoral candidate who, despite the political situation, was carrying on with a thesis about Proust: “There is something magnificent in doing a doctorate in 1936 with a work on not merely an ‘exquisite,’ but a non-Aryan.”

With a firm understanding of his own historical moment, and a reinforced sense of intellectual courage, Beckett was already prepared for the call to join the Résistance when it came a scant few years later. Back in France after his German experiences, Beckett frequented such friends as the Irish-Jewish critic and scholar Abraham Jacob Leventhal, known as “Con,” and the English poet Lazarus Aaronson.

In 1938 he wrote to a friend and fellow philo-Semite, Arland Ussher, author of “The Magic People: an Irishman Appraises the Jews” (1951). The book likens Ireland to Israel for having a “sense of some special destiny, which enables her to bear her discomfitures with fatalism and secret pride” and praises Jews for holding firm to the belief that “tachlis (purpose) and not tragedy… is the meaning of life.” Beckett informed Ussher of a lunch in a London restaurant with a group that included the “green-foaming” Irish doctor, Edward Morrison, whose “rather anti-Semitic” comments made Beckett flee.

In 1938, although living in penury, Beckett purchased a canvas by Polish-Jewish artist Jankel Adler, whose work he praised for its “beginnings of a delectatio morosa” (morose delight, high praise in Beckettian terms). After the Nazi invasion of France, Beckett would risk his life by translating into English information obtained by Résistance spies so that it could be microfilmed and smuggled into England. In 1942, after members of his Résistance group were arrested — some would be murdered — Beckett and his wife, Suzanne, fled to the Vaucluse department in southeast France, ostensibly a free zone. Yet once there, as he wrote to a member of the Irish Legation in Vichy, local officials couldn’t “believe that I can be called Samuel and am not a Jew.”

After the war, it was only natural that Beckett’s longtime publishers, Jérôme Lindon of Les Editions de Minuit in Paris and Barney Rosset of Grove Press, in New York, would be of Jewish origin. One of Beckett’s most congenial relationships with a director of his plays was with the American Alan Schneider, born Abram Leopoldovich Schneider to a Russian Jewish family in Kharkov. Among Beckett’s most inspiring postwar friendships was the one with Israeli artist Avigdor Arikha, of Romanian Jewish origin whom he met in 1956.These Jewish literary and artistic personalities helped enable Beckett’s creative vision to be realized.

Modern Jewish creativity also intrigued Beckett, as in 1949, when he reported to McGreevy that he had just heard a Paris performance of Arnold Schoenberg’s “Quintet for Intestines, presented by the indefatigable dodecaphonist [René] Leibowitz. Suzanne loathed it. I was very interested.” The entangled melodic lines as conducted by the modernist 12-tone composer Leibowitz intrigued the gut-obsessed Beckett.

Overall, these “Letters,” more than just presenting a masterful French writer — the original language of many of these missives — give the impression of Beckett’s inherent virtue, as Lindon wrote in a 1967 tribute, his “nobility and modesty, lucidity and goodness… so real, so truly great, and so good.”

Listen to part of the Schoenberg Wind Quintet that intrigued Beckett.