How Yahweh Got Its Verbal Vibe Back 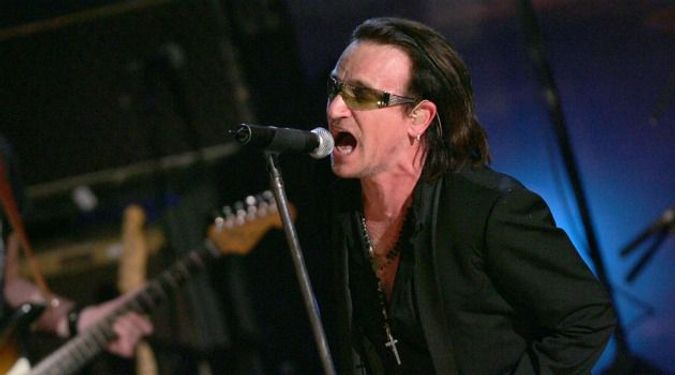 Among the blog posts that turn up in my email box are some written for Commentary magazine’s Contentions blog by Peter Wehner, who was a speechwriter for president George W. Bush. Wehner’s pieces, politically conservative and tempered by a Christian outlook, are always thoughtful, and I was struck by a sentence in a recent one that criticized politicians who identify their ambitions with divine callings. “Even though,” Wehner wrote, “Yahweh can work in mysterious ways… my view has long been that one has to have a fairly deep spiritual life… before one is equipped to discern the voice of the Lord on, say, career choices.”

I couldn’t agree more, but Yahweh? Unless used sarcastically, this is not a word for God that one would normally expect to see in the buttoned-down discourse of an ex-White House speechwriter — and Wehner wasn’t being sarcastic. What’s up?

“Yahweh” is the hypothetical but widely accepted scholarly version of how God’s sacred biblical name, spelled with the Hebrew letters yud, heh, vav and heh, was pronounced by Jews before a Second Temple-period ban on uttering it aloud caused its ancient sound to be forgotten. When the Bible is chanted in synagogues, these four consonants, which are unaccompanied in the Torah scroll by vowel marks, are read as adonai, “Lord”; yet already in the Middle Ages, Christian Hebraists theorized, based on the vowels of adonai, that the biblical God’s original name was Yehovah, or (since a capital “Y” was sometimes written as “J” in Latin) Jehovah. For hundreds of years, this was its conventional form in European languages, even though European Bibles followed the Jewish practice of substituting “Lord” for it. The King James translation, for example, uses “Jehovah” in only seven of more than 6,000 occurrences of yud-heh-vav-heh in the Bible, the first time being in the Book of Exodus, where God is made to say, “And I appeared unto Abraham, unto Isaac, and unto Jacob by the name of God Almighty [Hebrew el-shaddai], but by my name Jehovah I was not known to them.”

It was only in the 19th century that modern biblical scholars put forth the counter-theory that the original pronunciation of yud-heh-vav-heh must have been “Yahweh,” pointing to such things as the ancient Hebrew vav’s probable articulation as “w” and a tradition possessed by the Samaritans — whose community has continued to read the Torah in Hebrew ever since it broke with Judaism 2,500 years ago — of pronouncing the word as “Yah-beh.”

Yet while most biblical scholars have tended to go along with this, “Yahweh” never, until recently, gained any of the currency outside the scholarly world that “Jehovah” once had. The only place where it was found, apart from scholarly books and articles, tended to be in anti-Jewish and anti-Old Testament diatribes, where — perhaps because to some ears, its two syllables suggested an aborigine war cry — it connoted not just the ancient God of the Hebrews, but also a primitive, vengeful and barbaric God who was all that the Christian God of love, or the atheist’s no God at all, was not.

Peter Wehner, however, is a Christian who, like many Christians in America today, has great sympathy for the Jews and a strong awareness of Christianity’s Jewish roots. When someone like him uses “Yahweh” as a simple synonym for “God,” we know that something has happened to the word.

Indeed, part of what has happened is American Christian philo-Semitism itself. Never before in history have so many Christians had such a positive attitude toward Judaism, and this also means a positive attitude toward the God of Judaism. Never mind that, for Jews, “Yahweh” strikes no chord of recognition. For some Christians — Wehner apparently being one — its adoption represents a rapprochement with Judaism and recognition that the Christian and the Jewish God are the same.

Paradoxically, however, another part of what has happened is Christianity’s perceived liberation, as it were, from one of Judaism’s last fetters. Already with the publication of the American Standard Version of the Bible in 1885, in which, for the first time in the history of Bible translation, “Jehovah” was used regularly for yud-heh-vav-heh, the translators’ introduction stated that “a Jewish superstition, which regarded the Divine Name as too sacred to be uttered, ought no longer to dominate in the English or any other version of the Old Testament.” In 1995, taking this one step further, a revised ASV, now called the World English Bible, began to appear with — once again, a historical first — “Yahweh” in place of “Jehovah.” In this case, the trend of returning to the “authentic” God of the Bible means returning to a God who is pre-Jewish.

Finally, there is the fact that the “primitive” itself has undergone a re-evaluation in our age and is often thought of as the most genuine part of us. When a popular rock group like U2, in a 2004 release, sings “Yahweh, Yahweh / Always pain before a child is born / Yahweh, Yahweh / Still I’m waiting for the dawn,” it’s precisely the invocation of the primitive — of the religious longing of our core humanity — that is being deliberately brought into play. This, too, has contributed to the sea change that has befallen “Yahweh,” a very old word — if, that is, it ever existed — with some very new vibes.

How Yahweh Got Its Verbal Vibe Back