Charity Is ‘Rock’ for Immigrants 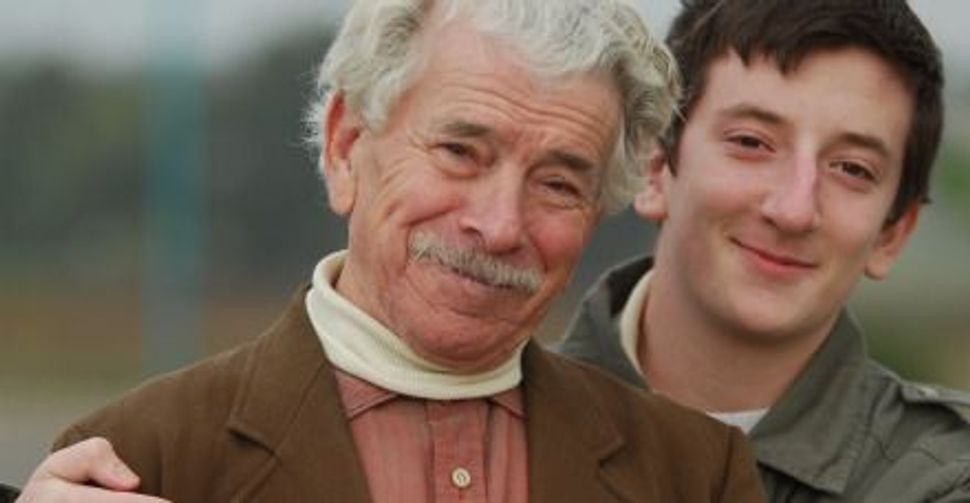 Image by courtesy of selah 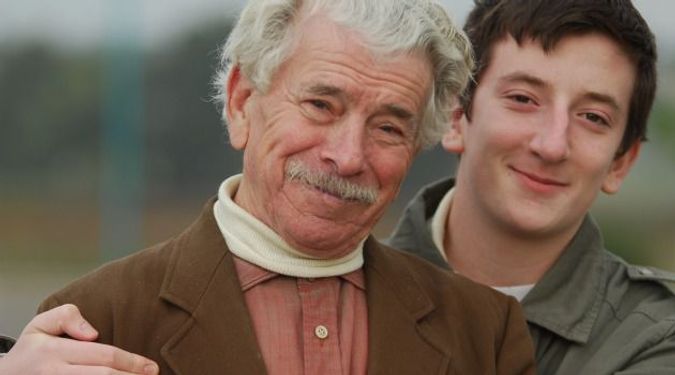 In the five years leading up to the deal freeing Gilad Shalit, the Israeli nation adopted his family as its own, sharing its pain and campaigning for its cause. Meanwhile, the family of Pavel Slotzker was all but forgotten.

Shalit’s comrade, Slotzker was a victim of the same cross-border raid in which militants abducted Shalit, only he met an even worse fate — death.

While the Shalits have spent the last years surrounded by members of the public pushing for their son’s release, few outside the Slotzker family’s immediate circle paid attention to their pain.

One exception was Selah, the Israel Crisis Management Center, which has been regularly visiting and supporting them. 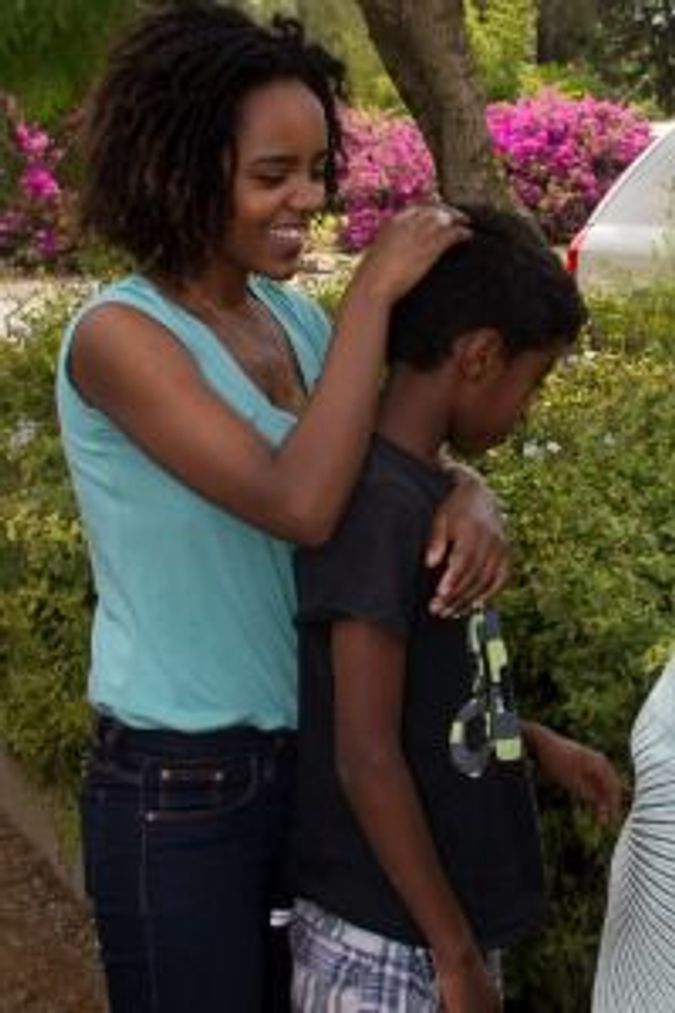 New Land: Muntamer Muluye was only 17 years old when she arrived with her brothers and sisters from Ethiopia. Image by courtesy of selah

After their tragedy, the Slotzkers found themselves not only mourning, but also lost. The family immigrated from Tashkent, Uzbekistan, in 1991, and they spoke little Hebrew, so such necessities as making funeral arrangements and getting access to counseling proved daunting. Having left much of their extended family behind when they immigrated, they also didn’t have the support network most Israelis count on when facing tragedy.

Selah, a nonprofit established in 1993 to provide support to immigrants in times of crisis, didn’t wait for the Slotzkers to approach. “They just came to my house, the same day that the tragedy occurred,” recalled Pavel’s mother, Lydia, who lives in Beersheba. “I was surprised — I never knew such a support organization existed, but it was simply there when I needed it.”

Lydia attended bereavement seminars run by Selah. She received counseling from its volunteers and financial assistance to pay for memorial services. When her husband, Yivgeni, died in 2010, Selah increased its support. Because of the organization, Lydia Slotzker said, “I have never felt alone, and this is the most important thing for me.”

Selah, which is Hebrew for “rock,” was created by Ruth Bar-On, director of the now-disbanded Public Council for Soviet Jewry, who saw it as the logical next step in helping Soviet Jews once they started to immigrate to Israel in the 1990s. “In the years of the struggle, the aim was to get them out, and suddenly there was a situation that people were coming ‘home,’” she said. “But home is where you have people with you in times of trouble, yet without families here, they did not have that.”

This reality of life in Israel also hit hard for Ina Zussman, who, as a 21-year-old immigrant from Moscow, was severely injured in a bombing in Jerusalem in 2002. Zussman spent 52 days in intensive care, attached to life support, and over five months in the hospital. Then came the challenge of trying to return to normal life.

“Simple things — such as accessing government support, national security or health providers and insurance — can be difficult for people who have always lived here,” Zussman said. “Without knowing the system and with a massive language barrier, it becomes impossible. I couldn’t have done it alone healthy, let alone having endured the horror of a terror attack.”

Selah helped her through the bureaucratic and emotional challenges then — and once again, recently. Last summer, while on vacation in the United States with her boyfriend, Zussman was injured in a car accident. She was flown back to Israel and spent months in the hospital. “The same faces who had seen my recovery the first time were there to show me that I could do it all again,” she said.

Since Bar-On, now Selah’s executive director, established the organization, it has helped some 23,000 individuals — although the real number of beneficiaries is far higher, as many people receive help on behalf of their whole family. Selah has a team of eight professionals and 140 volunteers across the country — including social workers, psychiatrists, psychologists and doctors — 40 of whom are trained trauma specialists. Its budget for 2011 is $1.4 million, 30% of which still needs to be raised.

Selah’s ethos is to help immigrants in any way it can, making the organization’s mandate quite open-ended. Typical activities include providing emergency grants in acute crisis situations; covering burial and tombstone costs; providing legal support, and taking on responsibilities during mourning that usually fall on relatives, such as providing food for the shiva and assisting with care for children or the elderly.

When native Israelis would head to a relative’s home in time of crisis, immigrants can turn to Selah for support. After a gas explosion in Netanya killed four people and made dozens temporarily homeless in June, Selah organized a Sabbath dinner for 80 elderly immigrants, who had no electricity to cook and nowhere to eat.

As well as acting as a substitute for family when none is present, Selah arranges and pays for travel, so that family members who live abroad can visit their loved ones during crises.

Selah also helps with the long-term effects of tragedy — as it did in 2001 when 9-year-old Kiryl Kulitz was orphaned and left to live with his grandparents, Alexander and Lilia Jouk, immigrants from Estonia who spoke no Hebrew.

Selah coached the Jouks in Hebrew and helped them financially, so that they could provide Kiryl with opportunities granted to many Israeli children — like travel.

For Muntamer Muluye, Selah was invaluable. Muluye was only 17 years old in 2004, when she arrived in Israel from Ethiopia with two brothers and three sisters. The dream was for the children and their parents to make aliyah together — but both parents died during the family’s seven-year sojourn in the Gondar refugee camp, awaiting the move to Israel.

Selah employed a private tutor so that Muluye could both complete her education and raise her siblings. Had it not been for this initiative, she would not have matriculated. “The social workers at the absorption center told me I was too old to complete my studies,” she recalled. Today, her siblings are all progressing well in their studies, and she hopes to begin a degree in social work soon.

Over the years, Selah also has branched out to help tourists who find themselves in crises. In December 2008, a bus crash near Eilat killed 24 Russian tourism professionals. Speaking from St. Petersburg, Luba Sebrodolskaya, one of many passengers who were injured, recalled how when she came out of a coma 10 days after the accident, volunteers from Selah were by her bedside. They had brought home comforts, such as a toothbrush and slippers, and laid them out on her table. Soon afterward, Selah arranged for her sister to fly in from St. Petersburg. “These were gestures that just meant so much,” she said.

Sebrodolskaya spent more than a year in rehabilitation in Israel before returning home, and, she says, Selah volunteers visited her regularly during her recovery. “They visited with the devotion of sons visiting their mothers,” she said.

Charity Is ‘Rock’ for Immigrants