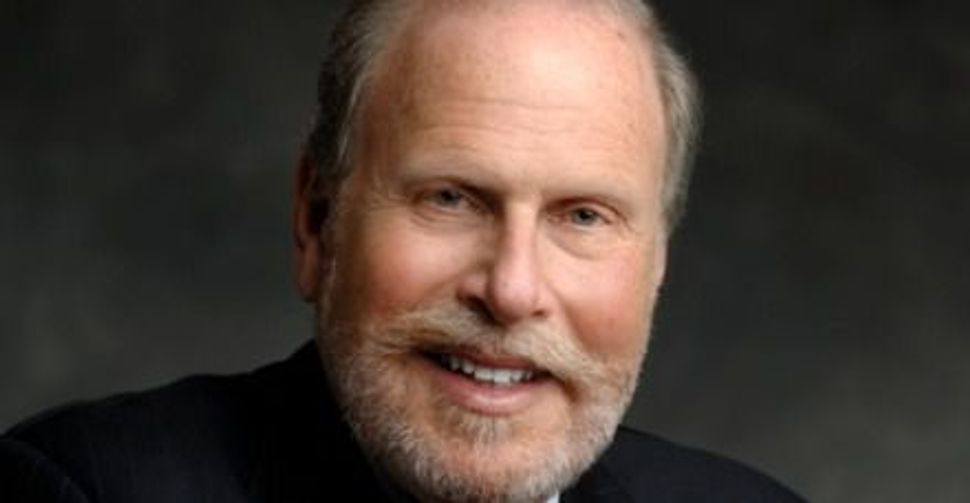 When it comes to funding innovative Jewish organizations and projects, few foundations are more involved than three that are shutting their doors in the next few years — the Andrea and Charles Bronfman Philanthropies (ACBP), the Avi Chai Foundation and the Richard and Rhoda Goldman Fund. While observers differ about the impact of their closing, one thing is certain: The funders’ absence is sure to leave the Jewish nonprofit world challenged to find new funders. 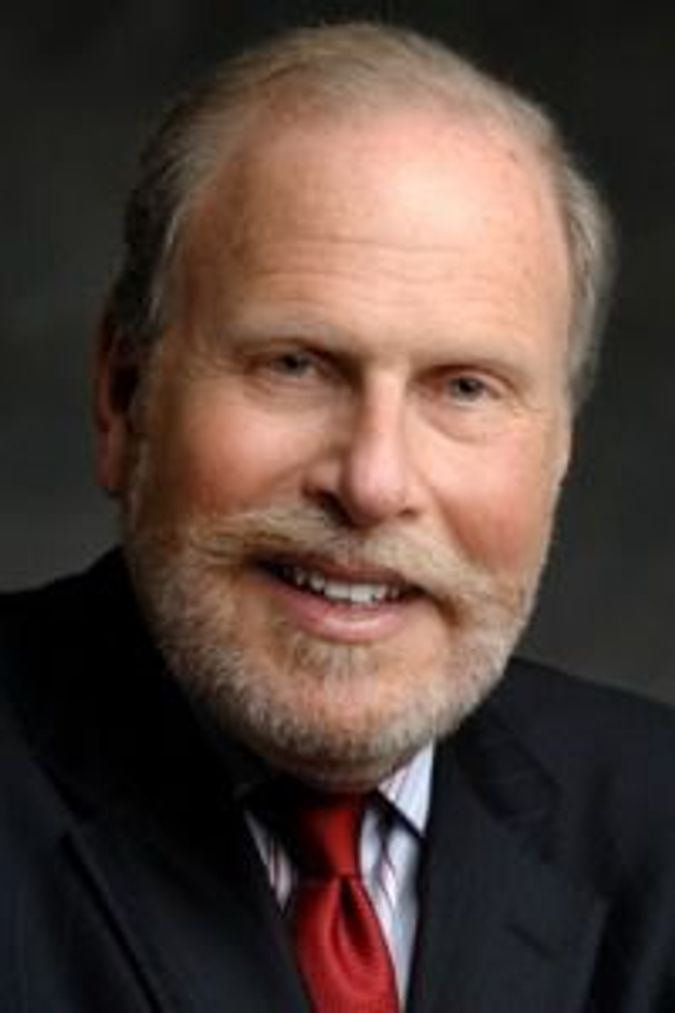 This is the final year of grantmaking for the Goldman Fund, which is based in San Francisco. Its remaining assets will be divided among foundations run by its founders’ heirs. Manhattan-based philanthropies ACBP and Avi Chai are spending down their assets in advance of their planned closings, in 2016 and 2020, respectively.

The many dozens of Jewish organizations in the U.S. and Israel getting money from these funders will now need to replace that support, which in some cases has been their main income. Some may not survive. For others, it will provide needed impetus to diversify funding sources. “If, year after year, you were getting $100,000 or $50,000, that’s hard money to replace in this economy. That’s going to be a serious blow to those organizations,” said Mark Charendoff, former head of the Jewish Funders Network (JFN). He now runs the Maimonides Fund, a new foundation whose contributors are anonymous and which underwrites programs in areas that have been the main focus of giving for ACBP and Avi Chai: enhancing Jewish identity in North America and education in Israel.

To be sure there continue to be mega-donors — including Sheldon Adelson, Edgar Bronfman, the Jim Joseph Foundation and Bernie Marcus — funding Jewish endeavors. But the closing foundations, along with Lynn Schusterman and Michael Steinhardt, who are continuing their own foundations’ work, have been particularly focused on developing new big projects such as Taglit-Birthright Israel.

The foundations heading toward sunset aren’t alone in planning their own demise, though it remains unusual. Several mammoth non-Jewish foundations have announced plans to do the same, including the Atlantic Philanthropies and the Bill & Melinda Gates Foundation. “This is something that’s really emerging now,” said ACBP President Jeffrey Solomon. But “the notion of a time-limited foundation is still something that… is received with curiosity.”

With occasional exceptions, it hasn’t happened before, as it has been four decades since the Tax Reform Act of 1969 led the wealthy to want to shelter their money from taxes by forming private foundations. “The number of foundations has exploded [since then] so we don’t have a lot of experience with a large number of foundations deciding to spend down,” said David Mersky, director of education and professional development programs at Brandeis University’s Fisher-Bernstein Institute for Jewish Philanthropy and Leadership.

Sources say that the shift is motivated by generational changes. The founders of the Goldman Fund and Avi Chai have died, and their children have different priorities. Charles Bronfman is 80; his wife, Andrea, died in 2006. “In Charles’s case, it is about his children having their own interests and deciding that they wanted to do their own foundations,” said Solomon. ACBP has about $40 million in remaining assets and is spending it in diminishing sums over the next five years. From its founding in 1985 until now, it has spent more than $325 million funding over 1,700 organizations, mostly focused on issues relating to Canada and the Jewish people.

“Our father all along did not intend for the fund to continue in perpetuity,” said John Goldman, its president. He said that he and his two siblings remain committed to funding Jewish causes, though in a different form than their parents did. The Goldman Fund will make nearly $30 million in grants in 2011, with some 40% of them going to Jewish organizations.

Making the decision to close helps foundation trustees clarify the legacy they want to leave, experts say. “When you know you’re shutting down, you get extraordinarily focused on the hundred things you’re doing, and figuring out what are the 30 or 10 or four that you want to survive you and are willing to invest energy and resources into,” JFN’s Charendoff said. All three foundations have been working closely with core grantees in an effort to ensure that they will be able to survive.

Avi Chai, which was founded by Zalman Bernstein, who died in 1999, is spending $40 million each year toward its planned sunset, said Yossi Prager, the foundation’s North American executive director. Bernstein “was concerned about philanthropic drift and preferred that the foundation be spent down,” Prager said. Preparing to shut down has brought about “a paradigm shift.”

The foundation, which focused on enriching Jewish content in day schools and summer camps, has begun to concentrate on ensuring the long-term viability of its key projects, which include Hebrew language and Jewish studies programs Neta and Tal Am and the community day-school network Ravsak. To do so, Avi Chai has “begun a process of hiring consultants to work with them on strategic and business plans, with an eye toward future sustainability,” said Prager. The once fervently independent foundation has also begun working with other funders.

“It’s shifting from a buyer way of thinking to building programs and institutions. We hope that we have enough lead time that we can help some of these institutions develop strategic and business plans and [find] other funders,” said Prager. An Avi Chai report, published in February 2011, spoke to the change that the foundation has adopted.

“At least some Trustees remain unconvinced that other funders and future philanthropists will ever be as devoted to these organizations as Avi Chai itself has been — a skepticism that has long fueled the Foundation’s go-it-alone approach. Still, both Trustees and staff have taken steps to intensify the search for philanthropic allies,” it said.

The Goldman Fund, for its part, has pledged five more years of support, even after it closes, to the Jewish Community Federation of San Francisco, the Peninsula, Marin and Sonoma Counties. “Especially knowing how Jewish federations, including our own, are facing the reduction in gifts from those who have passed on, we’ve made a commitment for a legacy gift that will continue support of the federation for five years. That relieves some of the pressure on the JCF,” John Goldman said.

Some say that the change will be particularly difficult to weather for nonprofits in Israel, many of which rely heavily on American foundation support. “Shutting down at about the same time is going to put stress on those beneficiaries until they find replacements,” said ACBP’s Solomon. ACBP has been working intensively with the organizations it created — including the Association of Israel’s Decorative Arts, the Slingshot Fund and Reboot — to gradually spin them off into independence.

Overall, Solomon said he doesn’t see a likely negative outcome for the organizations. “Even though right now it feels like there are a number of foundations closing, there are also brand new ones opening. Any impact will be relatively short term.”

Felicia Herman is executive director of the Natan Fund, which brings young adult philanthropists together to fund innovative projects. She said that the closure of Avi Chai and ACBP, from which her organization has received support, should prompt everyone in Jewish philanthropy to consider what the next era ought to look like.

“It’s good to have a moment to reflect on what do we most need here. We get used to the idea that everyone who has a great idea should start a new organization. That is just not sustainable,” she said. “Removing some of the money helps people think more strategically. And good things can come out of that.”

Debra Nussbaum Cohen is a Forward contributing editor, interim editor of The Sisterhood blog and has written for The New York Times, Wall Street Journal and New York magazine.