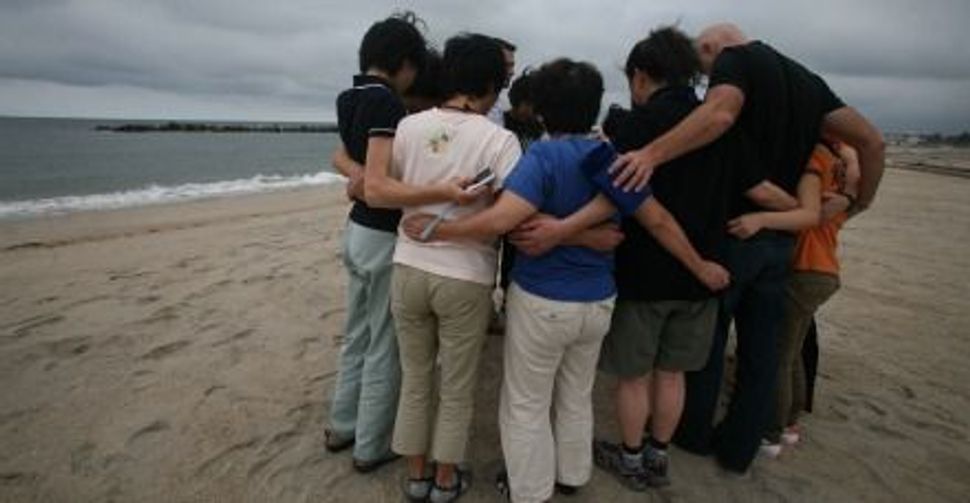 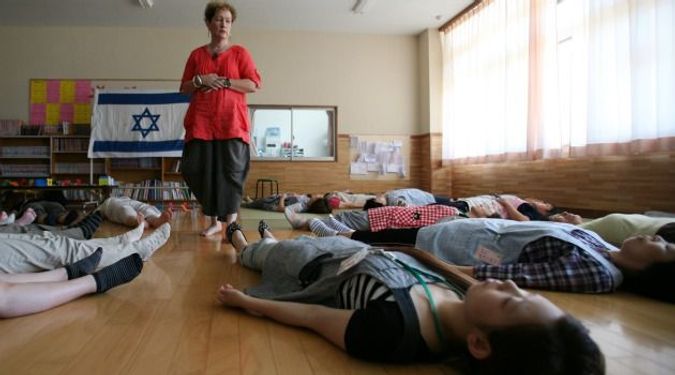 When a massive 9.0 magnitude earthquake struck off the coast of Eastern Japan earlier this year, the staff at Fuji Youchien kindergarten in the small town of Yamamoto followed well-rehearsed regulations. They quickly took all the children outside to the parking lot. After a few minutes, with the ground still shaking and rain pouring down, they loaded the kids into two school buses and waited.

Then, without any warning, the tsunami came.

One of the buses managed to speed away just in time. The second got caught up in the wave and was thrown against the walls of the kindergarten. As the water came roaring in, the teachers pried open the windows and started moving the crying children to the roof of the bus. 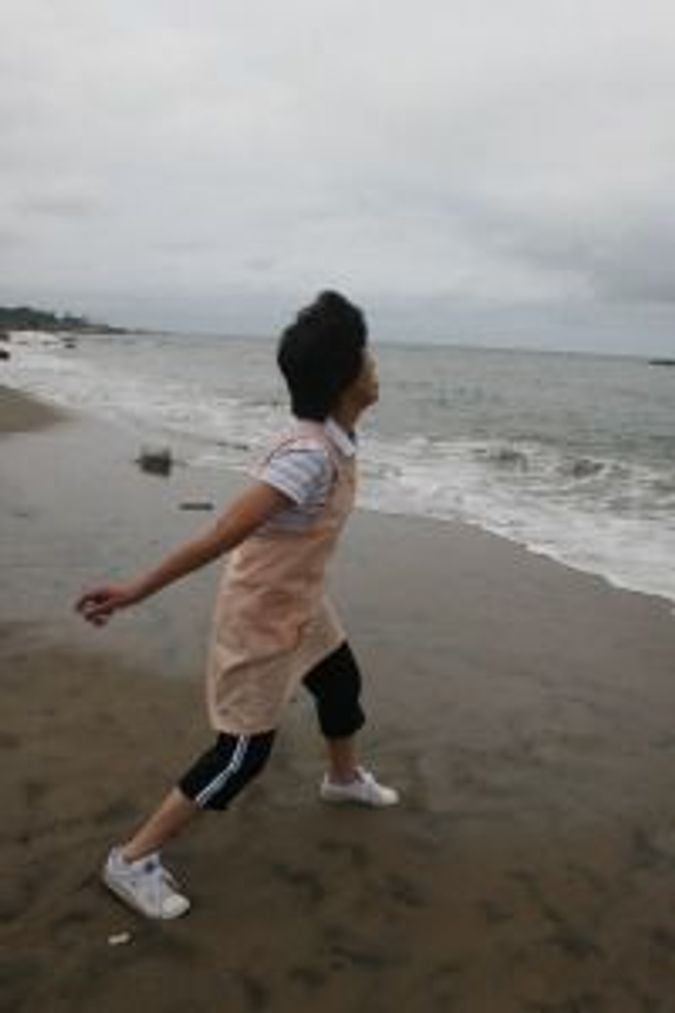 Cruel Sea: A survivor of the tsunami returns to the sea that turned deadly. Image by boaz arad

The tsunami’s assault seemed to go on for an eternity, but eventually the water subsided. Afterward, a deathly silence fell on the sea of destruction in which the school bus was now floating, with a small group of wet, frightened children sitting on its roof. The exhausted teachers took a headcount. Not everybody made it. Eight children and one teacher were carried away by the wave. The last body was found one month after the disaster, buried under a thick layer of mashed vehicles and buildings, more than half a mile from the destroyed school.

“I remember each and every one of them,” headmaster Nobuko Suzuki recalled, explaining how the children used to run to her and hug her legs. “Every time I close my eyes I can still feel their little arms wrapped around my thighs. For a very long time I couldn’t stop thinking [about] what we could have done to change this. I couldn’t sleep. But then, I met the Israelis.”

For the past eight months, a small group of volunteers and post-trauma experts from The Israel Forum for International Humanitarian Aid, known as IsraAID — an Israeli-based humanitarian organization supported and funded by various American and Canadian Jewish federations — has been working on the ground with schools affected by the tsunami, doing what the Japanese government has not been able to do.

Though the government has been incredibly efficient in providing shelter to those who lost their homes and in cleaning up the destruction, it has done close to nothing to provide the survivors — many of whom are suffering from post-traumatic stress disorder — with much-needed psychological support. Only the most serious PTSD cases are tended to by a small, understaffed team of doctors, psychologists and social workers, according to local officials in the region.

Like many other survivors of the tsunami, Suzuki and the teachers at her school are still struggling to pick up the pieces of their shattered lives. The burden of eight dead children is a heavy one to carry. Some of the teachers lost close relatives — parents, grandparents, brothers — to the wave. Many lost their homes.

Until IsraAID arrived, Suzuki and her teachers had no one to talk to about the experience. But thanks to an ongoing series of three-day workshops led by Israeli PTSD expert Dr. Gilat Raish and art therapist Nira Shiran-Mizrahi — both of whom have worked extensively with tsunami survivors in Thailand — they have slowly begun to open up.

“It’s perfectly normal to feel what you are feeling, and it’s perfectly okay to cry if you want to,” Raish told the group when they met for the first time, just three months after the tsunami, as she explained to them the symptoms of PTSD, which include nightmares, flashbacks, feelings of guilt, trouble breathing and headaches. “Each and every one of you carries his own little tsunami inside,” she said.

Raish knows the effects of PTSD all too well. She suffered from the disorder after treating a seriously wounded child at the site of an especially gruesome suicide bombing attack in Jerusalem. Perhaps because she could relate, perhaps because they were merely ready, the participants began to discuss their painful memories.

One teacher spoke of how a child she was carrying on her back fell into the raging waters and drowned. Another said the workshop was the first time since the tsunami that she was able to leave her home. Some of the teachers who were having a particularly hard time expressed their emotions through drawing: They sketched monsters on blank pieces of paper and drew imaginary weapons with which to fight them.

By the end of the session, the teachers smiled as they engaged in a group massage — “A great way to relieve your stress,” Raish said. Many embraced one another.

Though small, these displays signal steps forward on a long road to coming to terms with what happened.

“I now understand that we couldn’t have done anything against the wave,” Suzuki said. “I now also have the power to keep on going. The children need us to be strong.”

In a couple of months, Suzuki hopes to reopen Fuji Youchien kindergarten in a new location, far away from the ocean. In the meantime, IsraAID volunteers — who ferry back and forth to Japan from Israel and between half a dozen of other schools in the area — will be providing her and her staff with essential emotional support. Soon, Raish said, she and the teachers will be ready for what was the highlight of workshops for other teachers: a trip to the beach, where they will reconcile with the ocean.

“When we first came here, just a few days after the disaster, we were told by government officials that everything’s under control and that our help is not needed,” said IsraAID’s Japan project manager, Yotam Politzer, a 28-year-old social worker from Israel. “But now there is so much demand for these workshops that we are considering opening a training center here and setting up base for at least two years.

“We too learn so much from these workshops. We are truly grateful to the people of Japan for opening up their hearts to us.”

On November 15, IsraAID will be presented with the Luminary Award at the Japanese Chamber of Commerce and Industry of New York in recognition of its humanitarian work in Japan.

Boaz Arad is an Israeli journalist living in Beijing.