Umberto Eco on Conspiracies and Novels 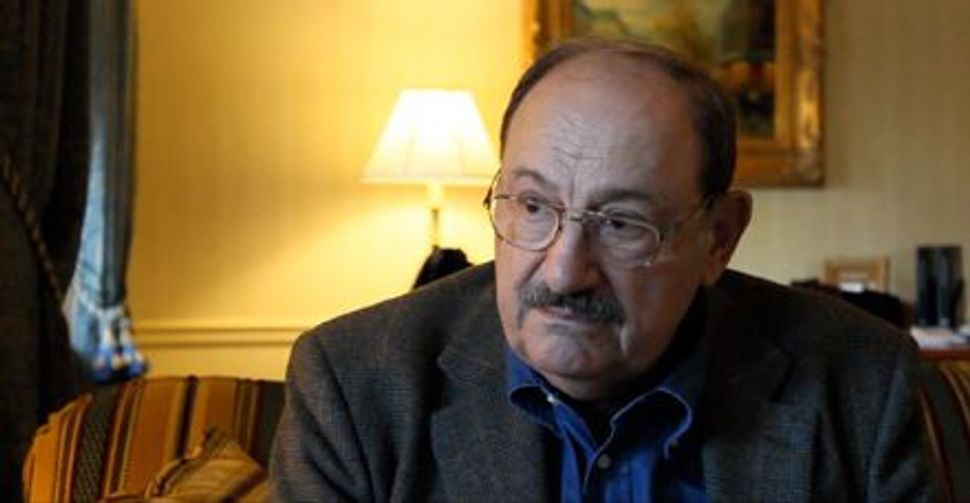 Umberto Eco has died at 84 on Friday, February 19. Dan Friedman sat down with the Italian novelist and historian four years ago for a revealing interview.

I couldn’t get that unlit cigar out of my mind. I was in congenial conversation with someone I deeply admired but all I could think of was that mysterious cylinder of tobacco. As he spoke, it was all I could do to concentrate, but unraveling the plot depended upon it; demystifying “The Protocols of the Learned Elders of Zion” depended upon it.

As arguably the world’s preeminent professor of semiotics (now emeritus) and a best-selling novelist whose “The Name of the Rose” was made into a film with Sean Connery, Umberto Eco is one of the few semioticians and medieval historians who has made any impact on the public imagination.

His latest novel, “The Prague Cemetery,” is a historical novel about a fictitious Captain Simonini who, in recounting his bizarre life, explains how he came to write what we now know as “The Protocols.” Populated by historical characters including, in passing, a M. Froïde from Vienna during his Paris sojourn, the novel covers the expanse of fin-de-siecle Europe. It was a time when, as Eco commented in the elevator to his hotel room, everything that we use now was invented, with the exception of the airplane which had to wait another two years.

I sat down with Eco in New York the day before his book was released to try to look past the cigar and find out why he wrote this novel — why now — and whether there was any link between Simonini’s virulent anti-Semitism and his oft-detailed gustatory delight.

Umberto Eco on Conspiracies and Novels