Bound Up for Two Decades: A Test of Faith 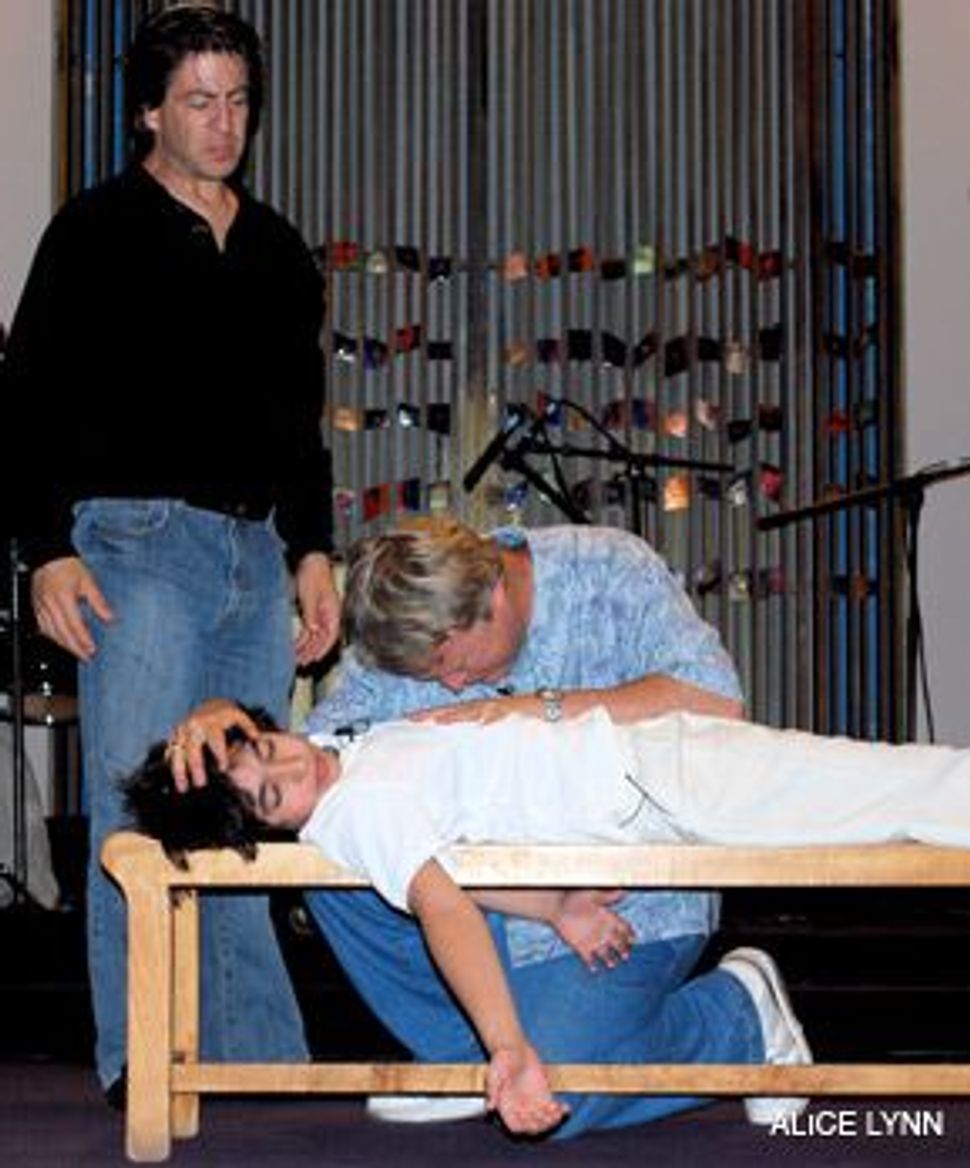 ENCORE PRODUCTION IN REHEARSAL: Getting ready to put the opera to the test.

Twenty years ago, young composer Lawrence Goldberg entered his one-act opera about the binding of Isaac into The Jewish Music Commission of Los Angeles’ competition for a new pulpit opera. Of the resultant piece, “A Test of Faith,” Dr. Richard Braun, chairperson of the commission, reported: “It was just the kind of piece that we hoped for … integrating an eloquent midrashic libretto by Marcia Hain Engle with a sophisticated but tuneful score by the composer. We were thrilled and granted it First Place.” 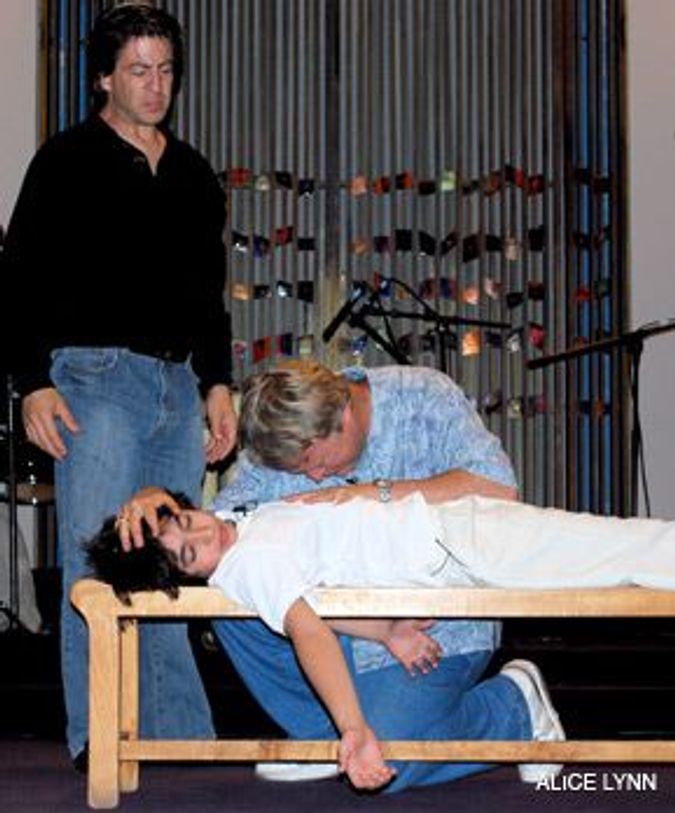 ENCORE PRODUCTION IN REHEARSAL: Getting ready to put the opera to the test.

Following other notable musical interpretations of the Biblical drama by Benjamin Britten and Igor Stravinsky, “A Test of Faith” helps congregations experience the dynamism of the Bible in new and compelling ways. It presents both literary and musical midrashic insights that significantly amplify the traditional views of the “Binding of Isaac,” as it is read from the Torah, both on Rosh Hashanah and shortly after Sukkot.

Along with the $5,000 prize money, the commission committed to mounting a full performance of the opera, which the composer himself was to conduct. Just as he was preparing to come to Los Angeles, Goldberg fell ill and could not travel. The show was premiered to general acclaim, but the composer was not present to conduct Cantor Gerald Stern as Abraham, nor indeed did he ever manage to see his opera performed at all.

This year, Braun was reminded of its 20th anniversary and wondered whether Goldberg was available to try again. Goldberg was now a busy Broadway music director, however, who had just finished conducting the road company of “The Drowsy Chaperone” in Seattle and, as assistant music director, was about to begin rehearsals on Charles Strouse’s new musical, “Minsky’s.” Looking at his calendar, Goldberg noted that he did have one week available — in the interval between the shows — just before Thanksgiving. The Jewish Music Commission seized the moment and brought Lawrence Goldberg out to Los Angeles to conduct his own opera 20 years later.

The anniversary production, at Valley Beth Shalom Synagogue in Encino, Calif. starred the noted Los Angeles tenor Jonathan Mack as Abraham, baritone cantor Ron LiPaz as the Angel of God, and boy soprano Jonathan Zur as Isaac. Goldberg conducted the singers and the seven-piece chamber ensemble along with a shofar sounding in the final moments of the one-act opera.

The libretto, expertly crafted by well-known New York poet and author Marcia Hain Engle, was fashioned after Goldberg’s vision. He, in turn, arrived at his interpretation through the study of Shalom Spiegel’s “The Last Trial” — a book exploring the history of the portion as it has been understood in Judaism and Christianity. In this way, composer and librettist embellish the Biblical story using several midrashic interpretations that attempt to fill in the silences in the narrative.

Following the performance’s dramatic, pregnant silence and the audience’s standing ovation, the composer and performers took part in an engaging question and answer session, led by Rabbi Ed Feinstein, exploring both the creative and performing process and the gnawing midrashic implications of the dramatic work.

When asked how it felt to re-encounter a younger incarnation of himself after so long, Lawrence Goldberg reflected: “While obviously I might compose some passages differently today, on the whole I think the work holds up well and I’m very grateful to the Los Angeles Jewish Music Commission for giving me the chance to find shleimut, completeness, by finally getting to conduct my own work after two formative decades.”

Dr. Braun added: “The Jewish Music Commission of Los Angeles, realizing that many American Jews are not able to read this and other Bible stories in the original Hebrew, is committed to finding new musical and theatrical ways in the 21st century to engage congregations and reacquaint them with the inherent drama that is their great Biblical legacy.”

From the enthusiastic reception to this encore performance, the commission, the composer, and the audience were convinced that many profound stories of Judaism, set to dramatic libretti and insightful new music expertly performed are necessary, ageless, and are well worth the wait.

Bound Up for Two Decades: A Test of Faith