Yiddish Poetry: Up Close and Personal 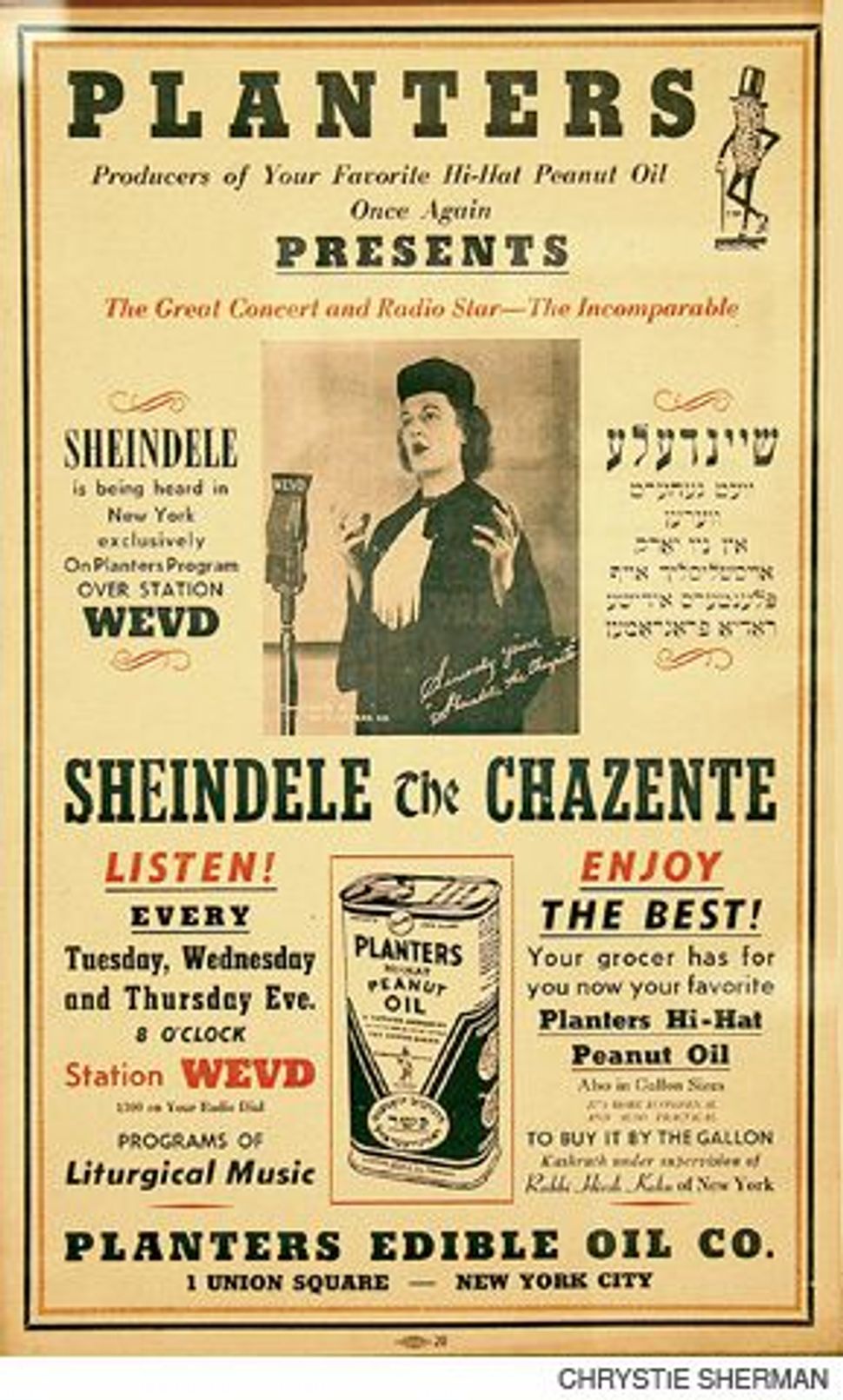 PERSONAL POETRY, PEANUT OIL, AND PERFORMED PRAYER: The three elements of a life fully lived. This poster is part of the Signs of our Past exhibition on at the JCC Manhattan until Feb 6, 2009.

With Everything We’ve Got: A Personal Anthology of Yiddish Poetry 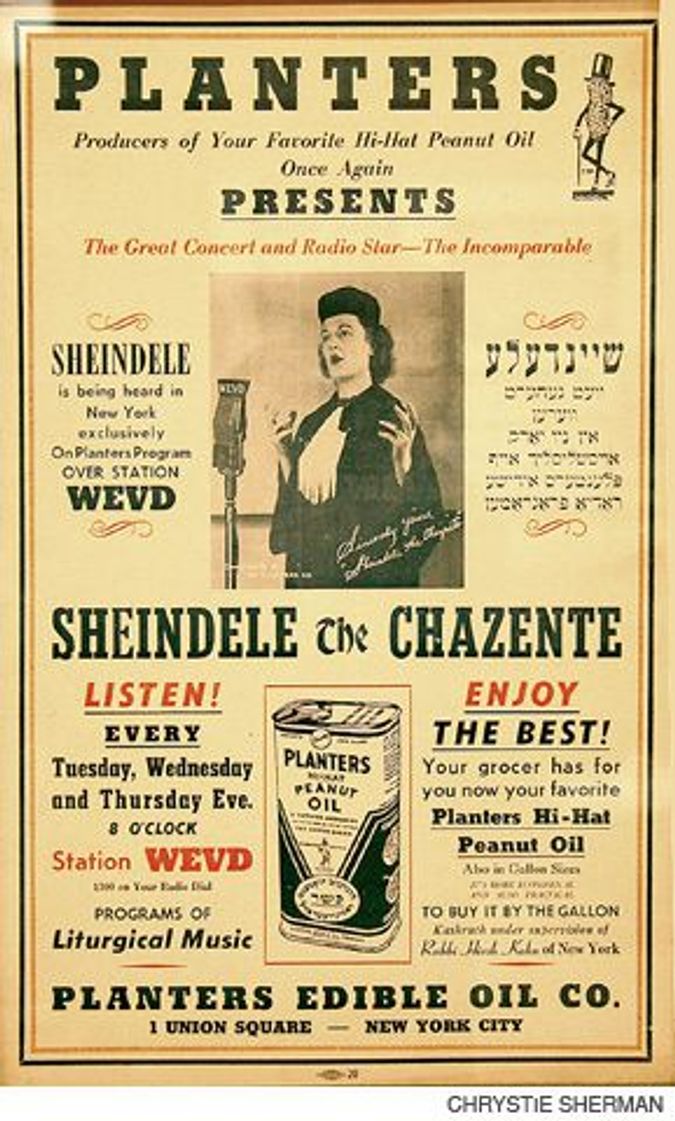 PERSONAL POETRY, PEANUT OIL, AND PERFORMED PRAYER: The three elements of a life fully lived. This poster is part of the Signs of our Past exhibition on at the JCC Manhattan until Feb 6, 2009.

While every process of translation involves a dialogue between the work and the person rendering it into a foreign tongue, many translators go to great pains to play down that fact and, instead, foreground the works themselves in the new language, hoping the reader does not even notice or remember that there once was an original and foreign source for what he is now reading.

In this new anthology of Yiddish poetry, Richard Fein takes a strikingly different approach by sprinkling his own poetry in both Yiddish and English throughout his translations of the great Yiddish modernist poets. Fein‘s poems interact with or comment upon the Yiddish poems just read, and reflect upon his relationship to Yiddish poetry and Yiddish culture in general. By showing us how much this poetry means to him and how vital a position it occupies in his life as an artist, Fein compels us to read the lines closer — this time with feeling. By the end of the anthology, the reader senses that he has just read something closer to a narrative, a heroic struggle by Fein to understand himself in this “exilic homeland” — to use Professor Seth Wolitz’s term from his concise and illuminating introduction to the anthology. Certainly Fein’s perspective distinguishes itself from the typical one taken in poetry anthologies that seem bent on establishing a canon and directing the reader toward the “best” that the literature has to offer.

The volume begins with Mani Leib’s original poem in Yiddish “A Plum” and Fein‘s translation, followed by Fein’s own English poem “Plums in Winter, ” which refers to the act of translating the very same Mani Leib poem. The subject and sequence reveal to us how profoundly Yiddish poetry has entered Fein’s daily life.

Yiddish poetry could use more of these “personal” anthologies, if for no other reason than to introduce more Yiddish writers to the English reader and to broaden his or her awareness of this vast and creative world. A relatively small number of fine Yiddish poets have found their way into English. The two excellent large anthologies — “The Penguin Book of Modern Yiddish Verse,” edited by Howe, Wisse and Shmeruk and “American Yiddish Poetry” by Benjamin and Barbara Harshav — are complemented by collections such as this.

Still, Fein has mainly chosen to translate well-established names — Leib, H. Leivick, J. Glatshteyn, Moish-Leib Halpern, Itzik Manger, Avrom Sutskever, Anna Margolin — 16 in all, with the still living Avrom Sutskever being represented by the most poems. That number includes the three Yiddish poems by Reuven-Yankev Fein, the editor under his Yiddish name, who is determined to find a place in the history of Yiddish poetry even at this late hour.

There are two pleasant surprises, however in his selection; works by rarely anthologized Yiddish poets. The first is a poem by B. Alkvit Blum (1896 – 1963), one of the early contributors to the movement of the American Inzikhistn (Introspectivists) with his haiku-like, three-line “Dayne grozn” “Your Grass.”

I think of your grass, Whitman,

and hear the stir of the great

This excerpt is followed by Fein’s own English poem “Chrystie Street,” which comments not only on Alkvit’s poem, but also on Whitman’s poetry and its strong influence on this group of poets.

The other poet included about whom one rarely hears is Itshe Slutski (1912 – 1944), whose one volume of poetry was destroyed by the Germans; only two copies of his poetry exist, both in America. In 1939, Slutski was turned back to Poland at the shores of America and Fein follows his translations of Slutski with his own moving poem “Itshe Slutski at Ellis Island,” written in Slutski’s voice, which captures his detention before being deported:

I am suspended here,

but I float in a wide dissolution.

As for the translations themselves, the anthology includes both “freer and closer reworkings,” per Fein, that capture the originality and often bitter wit of the Yiddish as in Moshe-Leib Halpern’s anti-nostalgic “Zlotshev, My Home.”

How does the story go about the dandy;

How once at dusk he saw

An endless stream of angels around the sun,

Until a goy, a drunk with an axe

Gave him such a blow through his vest

That it almost killed him —

That goy with the axe is the hate in me

For my grandfather and for you —

Fein is to be commended for including the original Yiddish poems as well, since bilingual collections are not the norm in this genre. Considering his approach, that the careful reader should strive to be fully engaged with the poetry, a decision to leave out the original texts would have been unthinkable.

Fein has chosen modernist Yiddish poetry for that body of work, with its secular, displaced notion of the place of the Jew in the world, which meshes with his own worldview. He says of himself, that he has “entertained the illusion that I am a Yiddish poet who, as it happens, writes in English.” In his anthology “With Everything We’ve Got,” Fein has successfully argued his case that such a belief can help Yiddish poetry in two languages.

Itzik Gottesman is the Associate Editor of the Yiddish Forward.

Yiddish Poetry: Up Close and Personal