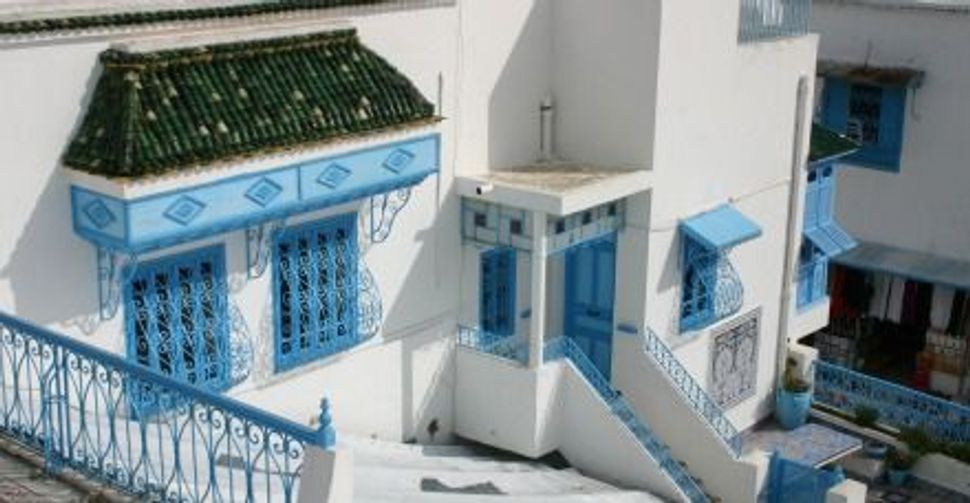 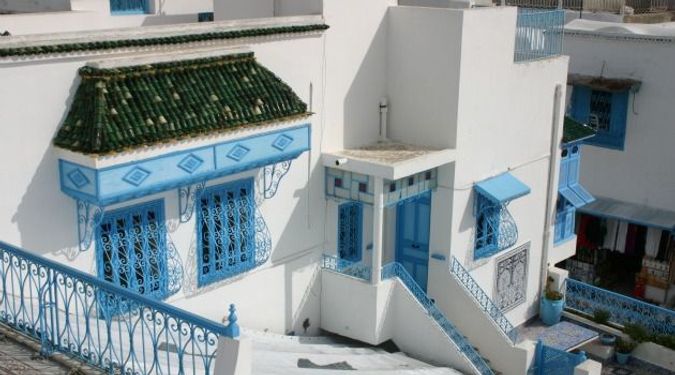 It says something about the fraught history of North African Jewry that one of its most vivid authors of today was inspired to write a reminiscence of her youth not by dipping a Proustian madeleine into her tea, but by almost being crushed by a train. Colette Fellous, who was born in Tunis in 1950 and left that country as a teenager, has been likened by Jerusalem-based, Tunis-born sociologist Claude Sitbon to Albert Memmi as a “great writer” for her rich, tapestry-like references to the Jewish émigré experience.

In a 2008 issue of Revue de Littérature Comparée, Samia Kassab-Charfi, a professor at the University of Tunis, explains how Fellous uses descriptions of domestic architecture to symbolize the “vertiginous” experience of “migration and displacement.” Beyond the impersonal information in tourist guidebooks that traditional Tunisian architecture features white houses with blue doors, Fellous reminds the reader of the intense family lives, redolent with Yiddishkeit in her own case, that went on behind these doors.

Fellous’s books are enriched by a panoply of influences, from surrealist André Breton’s illustrated novel “Nadja” to works by French philosopher and memoirist Roland Barthes, who taught Fellous at France’s École Pratique des Hautes Études. Both migration and displacement were prominent influences in Fellous’s acclaimed 2001 book for Les Editions Gallimard, “Avenue de France,” named after one of the main thoroughfares of the city of Tunis, where Fellous spent the first 17 years of her life and where Fellous Frères, her family’s tobacco manufacturing company, was situated. Fellous’s 2010 book “For Dalida,” published by Les Éditions Flammarion, notes that, perhaps paradoxically, many North African Jewish émigrés to France, such as the author’s own mother, identified with the Egyptian singer Dalida (1933–1987), born Iolanda Cristina Gigliotti in Cairo to an Italian Catholic family. Dalida’s charming seductiveness, troubled life and tragic early death impassioned her Jewish fans as much as her compassionate, large-hearted songs did.

In Fellous’s comparably lyrical writings, a sometimes tragic focus on home and family is twinned with an equally intense love of travel. As a longtime presenter for Radio France, Fellous has produced and hosted a number of weekly programs, including “Traveling Notebook” (“Carnet Nomade”). Her latest book from Les Editions Gallimard, “Un Amour de Frère” — the phrase can mean “brotherly love,” but also “a lovely brother” — commemorates her brother Georgy, whose death at age 27 was due to complications from juvenile diabetes. The volume has a variety of images, including family photos not just of Fellous’s own relatives, but also from the collection of the late French-Jewish photographer Willy Ronis, a friend.

The near-fatal albeit inspirational moment occurred not long ago, when Fellous revisited Sidi Bou Said, a town in northern Tunisia, and her sandal caught on a track at a railway crossing just when an express from Tunis was approaching.

Fortunately, Fellous escaped to tell the tale. Despite the tragic fate of Fellous’s brother, “Un Amour de Frère” is focused on survival, both of her family and of North African Judaism. The devastating and still-commemorated December 9, 1942, Nazi roundup of Tunisian Jews spared the Fellous family because of a specific survival strategy. Fellous’s mother knowingly left her children’s’ chamber pots outside the front door so that when two Nazi soldiers approached, “the smell was so bad that they didn’t insist, and simply left.”

When American soldiers arrived at newly liberated Tunis, Georgy, although only a toddler, was excessively excited about the sweets they threw to local kids — and in retrospect this was the first sign of his disease. By the time the boy was 6, the family decided to travel to Paris, at great expense, to consult with a medical specialist. The doctor was Alfred Gilbert-Dreyfus, a distant relative of Capt. Alfred Dreyfus. Gilbert-Dreyfus, an eminent endocrinologist, fought heroically in the French Resistance, and after being arrested in 1943 was sent to Mauthausen’s sub-camp Ebensee.

Fellous quotes Gilbert-Dreyfus’s opinion that Georgy’s diabetes may have been triggered prenatally during the March 1943 Allied bombings of Tunis when his mother was five months pregnant. Gilbert-Dreyfus declared that the “baby must have sensed [his mother’s] fear, and this may have been the source of his diabetes.” This diagnosis was given before Fellous was born, but the story was so familiar in her family that she regrets never seeking out Gilbert-Dreyfus, who died in Paris in 1989, to hear his own account.

Later, courage and energy were needed when Colette and Georgy had to survive in 1960s Paris without sufficient funds. Despite their poverty, they were excited by the ferment of student revolt and artistic creativity. Fellous was especially thrilled by Roman Polanski’s tension-filled 1965 film “Repulsion,” viewing it repeatedly because “once again, I wanted to be scared. Like Catherine Deneuve, I, too, heard noises behind my hotel room door and was also afraid of being murdered.”

On the lighter side, Fellous was an avid listener to recordings by such American pop stars as Bob Dylan and “Arthur Garfunkel,” as she refers to him, as well as to the French singer known as Barbara (born Monique Andrée Serf to a family of Russian-Jewish descent). Yet money worries lingered for the Fellous siblings, and one time, in 1968, when the rent was overdue, Georgy suggested that his sister work as a nude model for a shady photographer who specialized in quasi-artistic images. “What, are you, crazy?” Fellous replied, adding: “Not on your life. You can tear up the piece of paper where you wrote [the photographer’s] number!”

Less than two years later, when Georgy’s health had declined to the point where diabetes threatened his eyesight, his sister repented her previous staunchly moral stance: “I took his hands and promised him that of course this time I would sell my body if necessary, without any hesitation. I would find the money required to get him new eyes, we would do research and find the best surgeons. Don’t worry, we’ll go abroad….”

This offer inspired by sisterly compassion was never needed, as Georgy, who had been on dialysis for years, died soon thereafter. On a September 3 broadcast of “Carnet Nomade,” Fellous returned to Tunisia, including a side trip to Sidi Bou Said, to celebrate the 50th anniversary, on August 13, of the groundbreaking 1956 Personal Status Code (Code du Statut Personnel). Habib Bourguiba, Tunisia’s first president, established this code after the country gained independence from France in that year. Reportedly motivated by Bourguiba’s admiration and respect for his own mother, the CSP gave Tunisian women equal rights in society. Now, at a time of transition for the Arab world, Tunisia’s CSP remains a model for progressive family laws in the region, Fellous and her radio interviewees noted, and the date of its passage is duly feted nationally as “Women’s Day.”

Like her approach to family and home, Fellous’s feminism is multifaceted. Asked by an interviewer in 2003 whether she identifies with the myth of the Wandering Jew, Fellous replied with typical nuance that whether from innate character traits or personal history, she has a “permanent feeling of at the same time being present wherever [I] live but also slightly out of context, of never really belonging to any country…. These questions are always in transition, and I ask myself and others in order to try to understand and equate.”