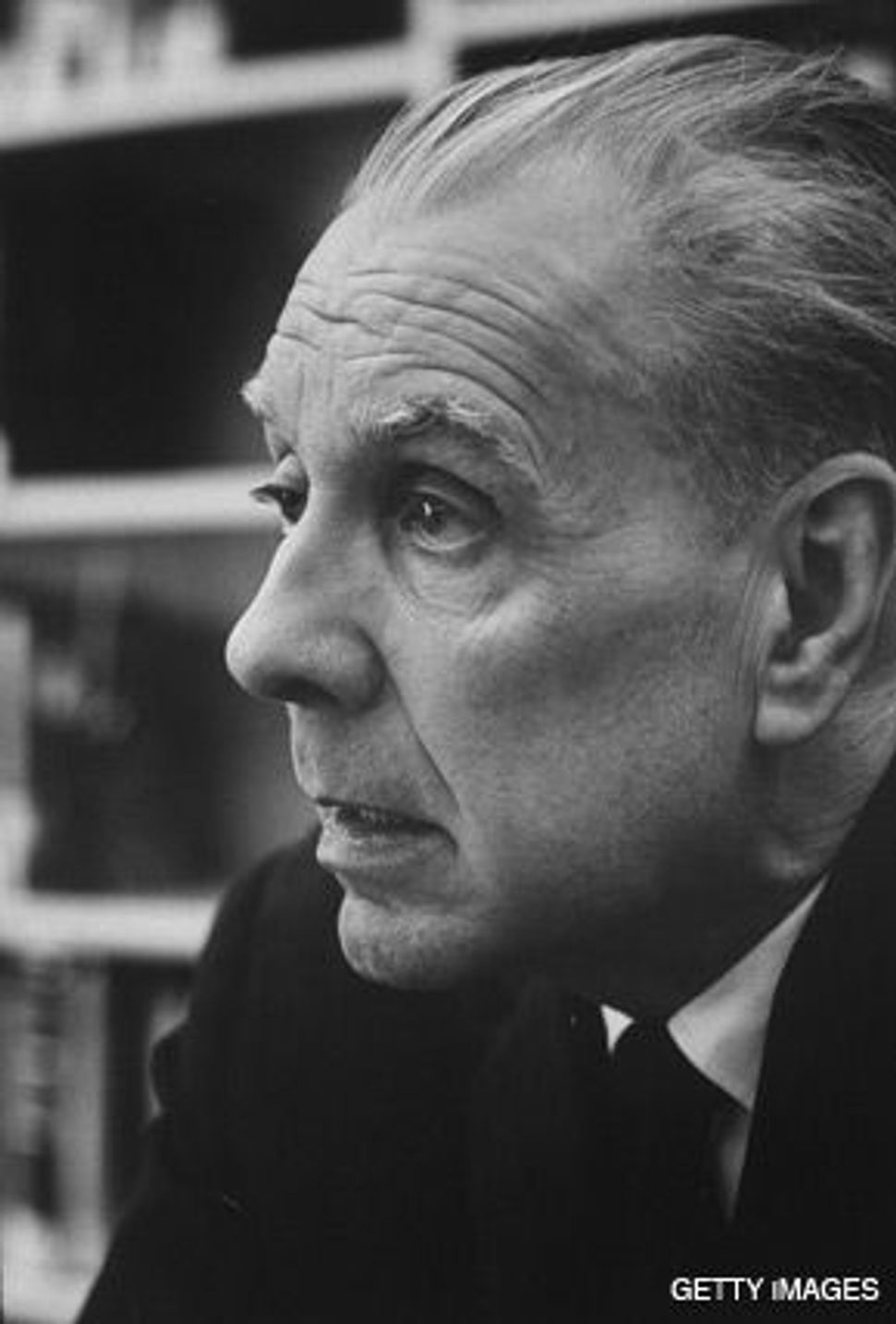 THE BLIND LIBRARIAN: Few had the cultural insight of Borges, here pictured in 1968.

Jorge Luis Borges visited Israel twice. The first trip came at the invitation of Prime Minister David Ben-Gurion. It was in recognition of his philo-Semitism, and, in particular, his positive views on Israel. Borges had been active in Casa Argentina en Israel-Tierra Santa, a project that sought to build an Argentine cultural center in Jerusalem. He also had been the first to write about Israel in the prestigious intellectual magazine Sur in 1958. In the 1970s, in an autobiographical essay published in The New Yorker, Borges stated:Early in 1969, invited by the Israeli government, I spent ten very exciting days in Tel Aviv and Jerusalem. I brought home the conviction of having been in the oldest and the youngest of nations, of having come from a very living, vigilant land to a half-asleep nook of the world. Since my Geneva days, I had always been interested in Jewish culture, thinking of it as an integral element of our so-called Western civilization, and during the Israeli-Arab war of a few years back I found myself taking immediate sides. While the outcome was still uncertain, I wrote a poem on the battle. A week later, I wrote another on the victory. Israel was, of course, still an armed camp at the time of my visit. There, along the shores of Galilee, I kept recalling these lines from Shakespeare: Over whose acres walk’d those blessed feet, Which fourteen hundred years ago, were nail’d, For our advantage, on the bitter cross. Actually, there is a total of three poems on Israel in Borges’s collection “In Praise of Darkness” (1969). All were later included in his “Obras Completas” (1994) I don’t believe they have been rendered into English before. Herein are my versions. First, “To Israel”. 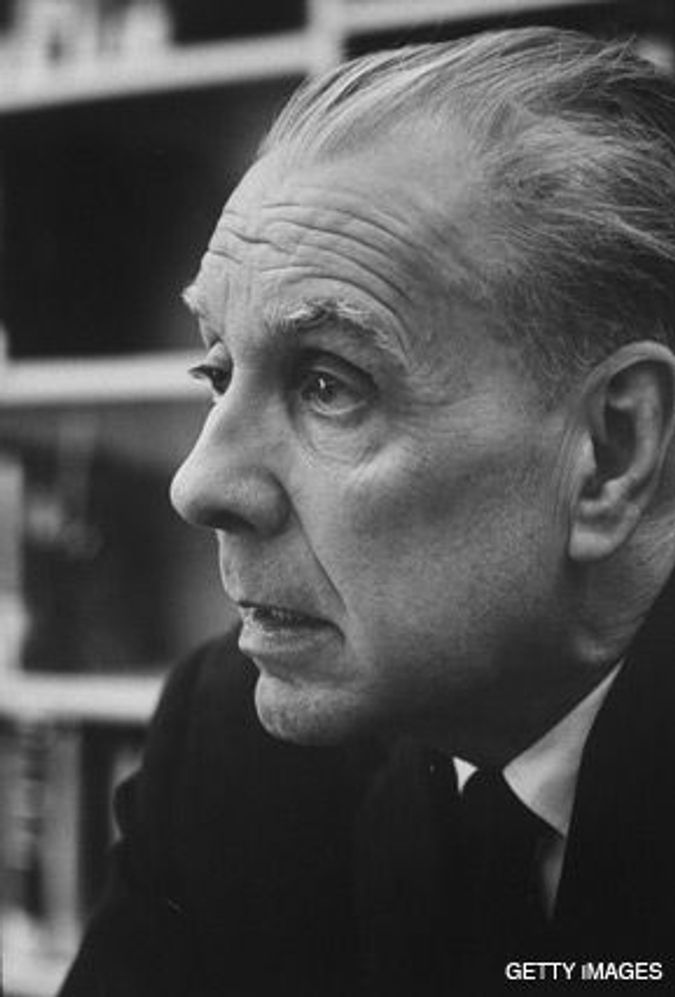 THE BLIND LIBRARIAN: Few had the cultural insight of Borges, here pictured in 1968.

Who shall tell if you, Israel, are to be found In the lost labyrinth of secular rivers That is my blood? Who shall locate the places Where my blood and yours have navigated? It doesn’t matter. I know you’re in the Sacred Book that comprehends Time, rescued in history By the red Adam, as well as by the memory And agony of the Crucified One. You’re in the Book that is the mirror Of each face approaching it, As well as God’s face, which, in its complex And hard crystal, is appreciated in terror. Long live Israel, who keeps God’s wall In your passionate battle. Then there’s “Israel”:

A man incarcerated and bewitched, a man condemned to be the serpent that keeps the infamous gold, a man condemned to be Shylock, a man wandering through the globe, knowing he had been in Paradise, an old and blind man who ought to tear down the temple columns, a face condemned to be a mask, a man who in spite of humankind is Spinoza and the Baal Shem and the Kabbalists, a man that is a Book, a mouth praising heaven’s justice from the abyss, an attorney or a dentist who talked with God on a mountain, a man condemned to ridicule an abomination, a Jew, an ancient man, burnt and drowned in lethal chambers, an obstinate man who is immortal and now has returned to battle, to the violent light of victory, beautiful like a lion at noon. And “Israel, 1969”:

I feared Israel would be threatened, with sweet insidiousness, by the nostalgia that secular diasporas accumulated, like sorrowful treasure, in the cities of the infidel, in the juderías, the twilight of the steppe, the dreams— the nostalgia of those who, near the waters of Babylon, longed for you, Jerusalem. What else were you, Israel, if not that nostalgia, the will to safe-keep, from the inconstant shapes of time, your old magical book, your liturgy, your solitude with God? I was wrong. The oldest of nations is also the youngest. You haven’t been tempted by gardens, otherness and boredom, but by the rigor of the last frontier. Israel has announced, without words: you shall forget who you are— you shall leave behind your previous self. You shall forget who you were in those lands that gave you their afternoons and mornings and which you shall no longer cherish. You shall forget your parents’ tongue and learn the tongue of Paradise. You shall be an Israeli. You shall be a soldier. You shall build the homeland with swamps, you shall erect it in deserts. Your brother shall work with you, he whose face you haven’t seen before. Only one thing is promised: your place in the battlefield. The second time that Borges visited Israel was in 1971, to receive the Jerusalem Prize.