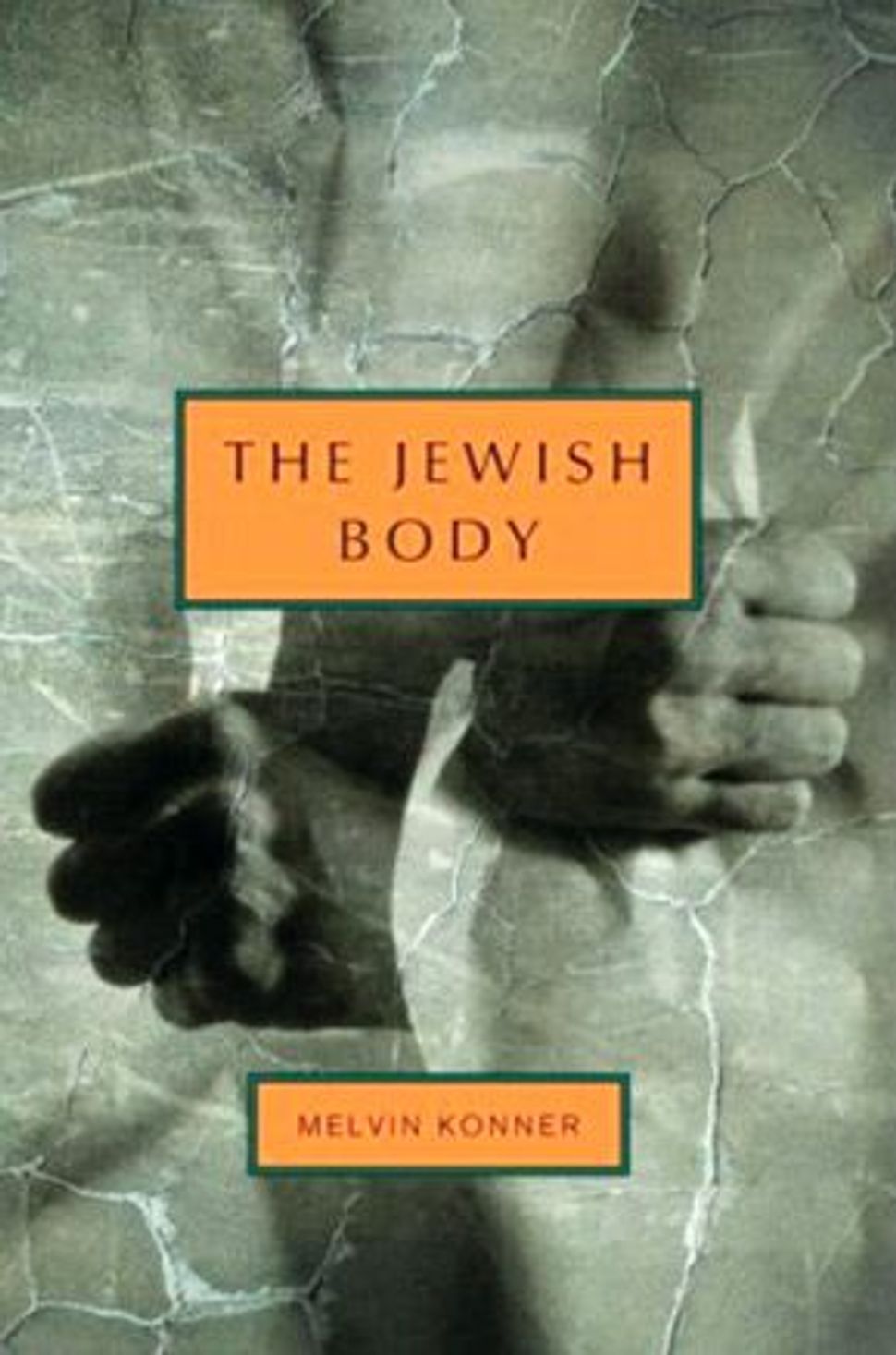 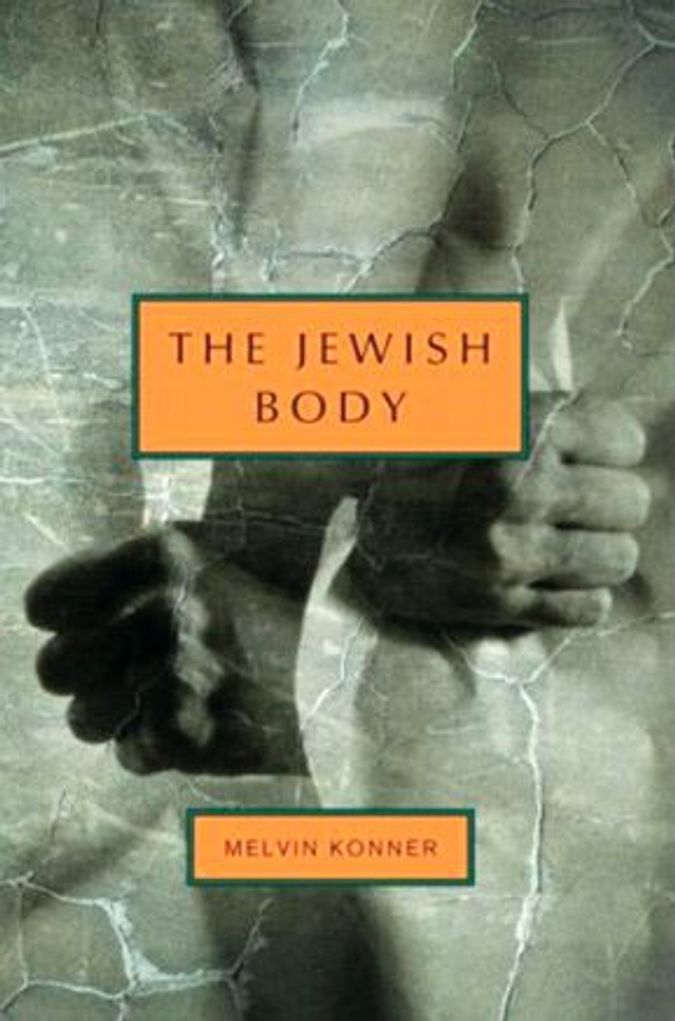 Given the national uproar about pay-for-play politics, let me begin with a disclaimer: Mel Konner is a colleague of mine at Emory University (where I have now been for the past three years as distinguished professor of the liberal arts and sciences, as well as professor of psychiatry). I blurbed his book “Unsettled: An Anthropology of the Jews” (Viking, 2003) when I was at the University of Chicago, and I loved this study of the anthropology and history of the Jews, so my enthusiasm for his new book on the Jewish body should not be read as a reflection of my new location.

This book is an important new addition to Jewish Encounters, the Nextbook series on Jewish culture. The series seems to be moving, going from biographies of individual Jewish thinkers and actors (from David, the king, to Barney Ross, the boxer) to a series of studies of things Jewish, from the dairy restaurant to messianism. The move ups the ante on considerations of the complexity of Jewish culture. “The Jewish Body,” to be published the second week of January, is a tour de force in examining the meanings associated with Jews and their bodies.

Konner is a member of an unusual tribe of anthropologists who can write not only clearly, but also compellingly. He is one of the best writers on things Jewish from an anthropological point of view. Think a Margaret Mead writing on things Jewish. He is also a medical anthropologist with a historical bent. Think a Claude Lévi-Strauss whom you can understand on first reading. All this makes his new book both a good read and a wonderful compilation of materials that deal with the wide range of Jewish bodies, both real and imagined.

Konner takes on the question of circumcision as a Jewish ritual practice, as well as the question of “Jewish” genetics, in his dealing with the real Jewish body. His short chapter on circumcision is a must-read for anyone interested in why Jews did (and, mostly, still do) circumcise their infant sons (but not their daughters). His discussion of “Jewish genetics” is nuanced, as he shows the complexity and weaknesses of an argument for a single Jewish genetic inheritance — one that would prove that all Jews are descended from Aaron the first High Priest (this claim for a uniform biological ancestry has recently rested on the claims of a shared gene in the so-called “priestly” caste, the Kohanim). Konner argues that this is not only suspect, but also rather a poor application of the evolving science of genetics.

His discussion of the so-called “Jewish genetic diseases” is equally complex in that Konner accepts the epidemiologic prevalence of certain genetically transmitted diseases (such as breast cancer) in specific and clearly limited groups of people with Jewish ancestry, but sees this not as “Jewish” but rather as a problem of human variability. Jews can transmit genetic diseases as can any other group, and this is reflective not of the members’ Jewish identity, but rather of their own limited and specific biological inheritance.

This chapter is important — it separates the overarching idea of being Jewish from the specific genetic identity of an individual — and readable. Given the broad genetic diversity of the Jews, Konner dismisses any general genetic definition of “being Jewish,” and he decouples that spurious principle from the demonstrably useful possibility that any single genetic line of individual Jews may show the transmission of mutations that can lead to disease.

Most of “The Jewish Body,” however, is devoted to the very human questions of how Jewish difference is created in the world that Jews inhabited and inhabit (including Israel) and how Jews responded to the cultural projection of their biological difference because of their real religious/cultural difference. How does Jewish religious or cultural difference get translated into an inherent biological difference? Columbia University historian Joseph Yerushalmi argued a decade ago that “racial” biology was not an invention of 19th-century Europe, as it already had existed in late medieval Spain. The concept, though, predated even that earlier period: Wherever Jews were seen to be different, this difference was often defined as biological and therefore immutable.

Jewish character marked the Jewish body: Jews were considered evil because of their inheritance as Jews; their visible biological difference made it possible to supposedly read their corrupt souls. The powerful association of Jews with illicit money and white-collar criminality (which seems also to haunt contemporary America) led numerous Jews to disguise their appearance. The nose job became the gift of choice for a sweet-16 girl. This fantasy of the visible difference of the Jew’s body haunts the history of the Jews in the Diaspora, from Babylon on the Euphrates to Babylon on Long Island.

Konner’s chapter on the images of the body within Jewish religious writing, such as kabbalistic texts, shows that such differences were imagined not just by the surrounding nations, but also across the wide range of beliefs within Judaism. As with other theological and social influences from the worlds inhabited by Jewish writers, these arguments often incorporated surrounding cultures’ beliefs about the Jews.

The discussion of cosmetic surgery shows how complex the relationship between Jews and the rest of the world used to be and still is. Whether the Greeks or the Romans, whether Christianity or Islam, Jewish difference — whether rooted in Jewish ritual practice, such as circumcision, or in the imagined difference of the shape of the Jewish nose — causes significantly broad cultural reactions.

For example, why is it that during the 20th century, the United States developed a “circumcision” culture among non-Jews while Germany did not? In the debates among the German-Jewish religious reformers in the 1840s and following decades, the question of the retention of circumcision as a ritual practice was resolved (for most) by accepting the notion that God was a scientist, Moses the first hygienist, and male circumcision a means toward male (and female) sexual health through the increased resistance to sexually transmitted diseases.

This fallacy reappeared in the Center for Disease Control’s 21st-century advocacy of circumcision as a prophylactic against AIDS in Africa Like the claims in the 19th century concerning syphilis, it turns out not to be true. The cultural underpinnings of the claims, however, were powerful enough to make them potent and believable.

Americans bought lock, stock and barrel into the “circumcision is hygiene” argument; the non-Jewish Germans, who lived in the world where that argument was invented, never stopped associating circumcision with the Jews, and this remains the case to this day. In German popular culture, circumcision is a “Jewish” practice despite the Jewish population numbering only slightly more than 100,000 and the Muslim population (which also circumcises young male children) totaling more than 3 million.

Konner’s book is a solid and readable compilation of the existing critical and scholarly literature on the Jewish body, and he gives credit to those scholars whose work he summarizes. His book is a valuable addition to the popular literature on the question “Who are the Jews?” and on why they look and act the way they do.

In the hundreds of lectures I have given over the past 20 years on the Jewish body, particularly the “Jewish nose,” I am always asked the same question: “Well, Professor Gilman, after all of that, isn’t there really a ‘Jewish nose’?” My answer has remained constant: Over my 65 years, I have known tens of thousands of Jews — and every single one of them has had a nose. Konner’s summary of the powerful force that images of the Jewish body have on Jews and non-Jews alike reinforces my empirical observation.