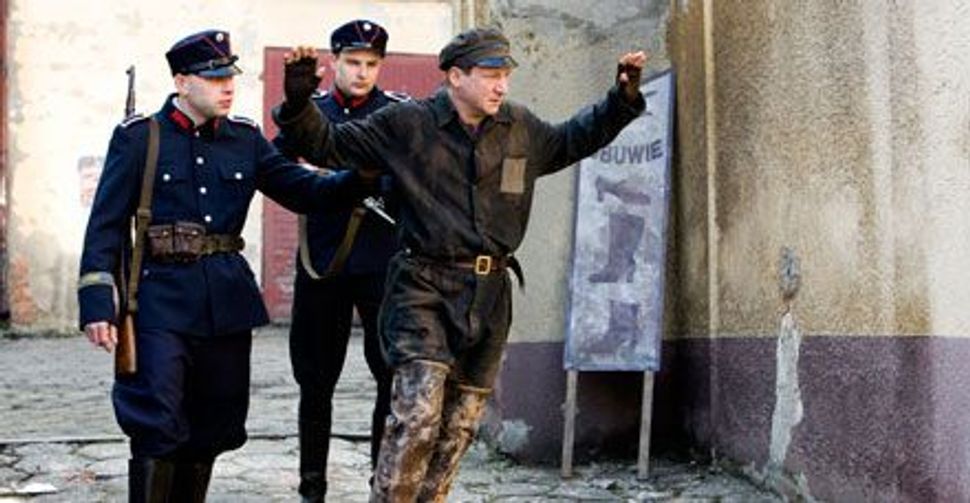 Image by courtesy of sony pictures 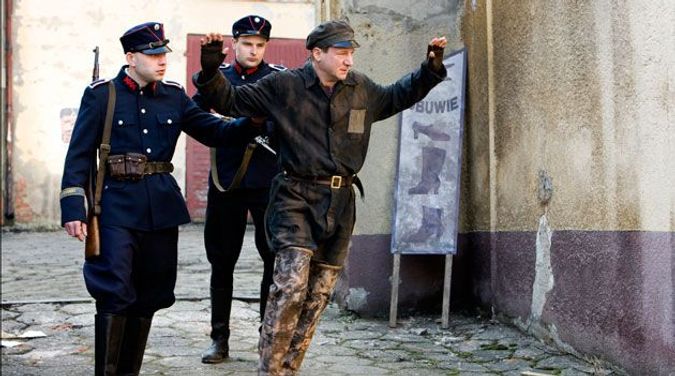 In A Dark Place: Agnieszka Holland?s Oscar-nominated ?Into Darkness? focuses on a Polish sewer worker who helps Jews escape the Holocaust. Image by courtesy of sony pictures

American audiences have become dulled by the depiction of the Holocaust in Hollywood movies that are increasingly celebrity filled and philosophically bland. But viewers familiar with Agnieszka Holland’s spellbinding and justly acclaimed “Europa Europa,” and her less well-known Oscar nominee, “Angry Harvest,” know that her portrayals of characters and their relationships to each other during the Holocaust are morally and emotionally complex. Holland’s films, which grapple with human behavior during the barbaric years of the Third Reich, are not propped up by commercialism and, though touching, avoid simplistic clichés of good and evil.

Now between limited theatrical releases, her latest film, “In Darkness,” is on the shortlist of five nominees for an Academy Award for best foreign language film. In it, Holland, a Polish-born writer-director, depicts the true story of Leopold Socha, a Polish Catholic petty thief and sewer worker in Lvov. Socha’s story starts out like that of opportunistic Oskar Schindler; Socha’s initial motivation is to benefit from the plight of Jews fleeing the liquidation of the Lvov ghetto by hiding them — for money — in his sewers. It soon emerges, however, that, as was the case with Schindler, Socha is more than merely venal; he develops a deep relationship with “his Jews” and is ultimately their rescuer.

“In Darkness” is an adaptation of Robert Marshall’s 1990 book “In the Sewers of Lvov,” skillfully condensed for the screen by David F. Shamoon, and revised again during the course of production. A number of characters in the film are composites; some are omitted entirely. While the details of the narrative were modified by the filmmakers, and scenes were added for dramatic effect, the film’s basic accuracy was confirmed by Kristin Kerem, who was a youngster in the sewers.

To shoot a film mostly in dark tunnels was a challenge for Holland and for Jolanta Dylewska, her director of photography. Her ingenious directing, together with Michal Czarnecki’s spot-on editing, skillfully moves the story repeatedly from darkness into light and back again into darkness. This darkness protected the hiding Jews not only from certain death, but also from seeing the cruelty that was pervasive in life above the sewers: the humiliation of the Jews, the random killings of both Jews and Poles, and the hunting down of Jews for 500 zlotys apiece.

When Socha comes to the sewers to bring his Jewish charges food, water, news and dry clothes, the flashlight he uses to go through the tunnel is symbolic of the light and hope he provides in the darkness.

Holland’s own family saga resonates with the theme of victim and rescuer. Her father was a Polish Jew who lost most of his family in the Warsaw Ghetto; her mother, a Polish Catholic, has been designated by the State of Israel, via Yad Vashem, as a “Righteous Among the Nations of the World” for having saved Jews in Warsaw.

“In Darkness” is not just another slick thriller. Actors voice impeccably accented Polish, German, Ukrainian and Yiddish, and even daven Jewish prayers in Hebrew, lending the film verisimilitude. Water streaming through the tunnels, strange noises that echoed and died, vermin, the maze of holes and tunnels and narrow spaces, darkness. The stench, the dank, the cold of the sewer felt immediate.

Comparisons with Schindler, especially Steven Spielberg’s Schindler, are unavoidable. When an ethnically German Nazi Party member like Schindler decided to save Jews, he became vulnerable to criticism and loss of rank, but was most likely protected from execution. Not so for an ordinary Polish citizen whose one wrong move would mean the end for him and his family. The tension in “In Darkness” builds as, time and again, Socha and his wife and daughter are a hair’s breadth from death. One hair-raising moment takes place when a Ukrainian officer pays a surprise visit to Socha’s home and starts eating the food that’s on the table. Their little girl shouts out not to eat the food, because it is for “their Jews.” While her parents are shocked into silence and bone-chilling fear, the little girl cleverly says that her dolls are “my Jews.”

Over time, Socha, played by award-winning actor Robert Wieckiewicz, saw the Jews as human beings like himself. Socha was an observant Catholic, and he respected the Jews’ religious beliefs. He brought them candles for the Sabbath and matzo for the Passover Seder. When a flood in the sewer threatens the lives of the Jews, Socha, in coat and tie and in the midst of his own daughter’s christening, leaves the celebration to plunge into the sewer waters to save his Jews from drowning.

Even under extreme conditions, lovers want to enjoy each other, children want to play, adults want to be entertained by youngsters, believers want to pray and nonbelievers are irritated with their meaningless rituals. When men and women are confronted with the brutal question of who should live and who should die, the will to live demands a selfish incivility from the individual. “In Darkness” does not shy away from the portrayal of the unthinkable: Jews killing a newborn, lest the baby endanger the lives of others.

When the Russians liberate Lvov at the close of the film, the Polish onlookers are not overjoyed with the idea that the Jews — whom they thought had all been killed — are coming back, climbing out of the sewers. Socha’s wife (known in the film as Wanda), acted by the peerless Kinga Preis, who had her own ambivalent feelings about Socha’s rescue efforts, is overjoyed at their survival and, unlike her fellow townspeople, greets them with baked goods and drinks. The secret act of saving Jews becomes public, and the rescuers are forever tainted and live as pariahs among their townspeople, a pattern that has received scant attention over the decades.

Though she was not portrayed in the film, Halina Wind was a young woman in the sewers of Lvov who never forgot her rescuers. In 1977 — now Halina Wind Preston — she went from America to give testimony at Yad Vashem in support of honoring Socha and his wife, Magdalena (fictionalized in the film as Wanda), as well as their helpers, Stefan Wroblewski (fictionalized in the film as Stefek) and his wife. Preston continued to correspond with and send packages of food and clothing to the rescuers and their families for many years. A year before her death, in 1981, Preston dedicated the Garden of the Righteous at the entrance to Wilmington, Del.’s Jewish community center. By not shirking the dirt, the danger or the darkness, Holland’s movie enables us to remember and honor those righteous Poles.