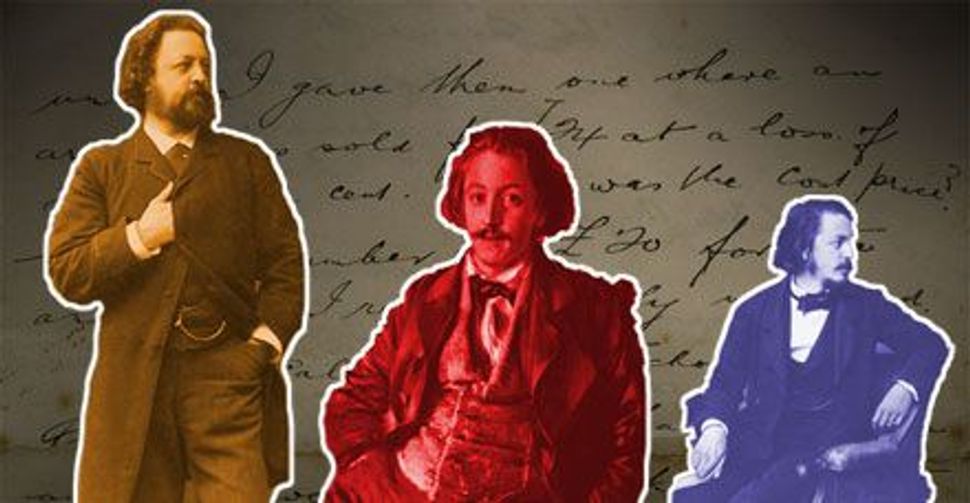 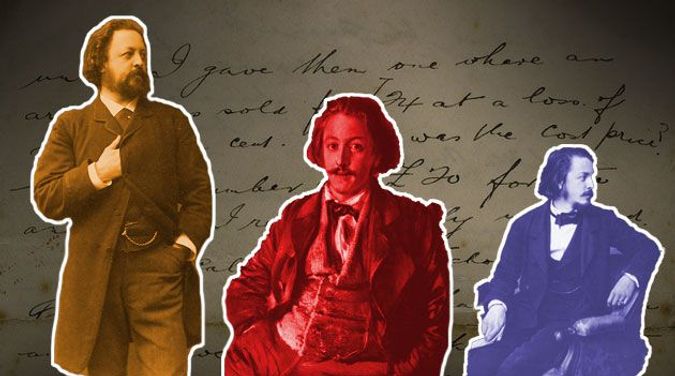 Paul Heyse: He excited the passions of the Orthodox and erudite Jacob Bernays ? Martha Freud?s uncle. Image by Images via Wikimedia, Flickr

The marriage of Martha Bernays and Sigmund Freud in 1886 united two distinguished German-Jewish families who hardly need more publicity, although clearly the clan had an aptitude for it. Edward Bernays, a nephew of Sigmund Freud, would become known as the “father of public relations,” and Londoner Matthew Freud (a great-grandson of Sigmund) is currently head of Freud Communications, an international public relations firm.

Even without skilled press agents, much public attention was sparked in Germany last year, when two eye-opening books of correspondence appeared involving the Bernays-Freud couple and, even more startlingly, Martha’s uncle Jacob Bernays. In April 2011, the first book of a planned five-volume edition appeared from Fischer Verlag, publishing the complete correspondence between Sigmund and Martha. The first volume comprises letters from when the two first met, in 1882 (Sigmund was 26 and Martha 21), until their marriage, before which they were separated while Freud completed his medical studies.

Never previously published in their entirety due to Freud family reticence, the emotionally decorous letters reveal a young, impatient doctor frustrated to be chained to his laboratory at Vienna General Hospital, far from his beloved, who lived in Hamburg with her family. Intelligent and lively, Martha responded to Sigmund’s devotion with self-aware irony, despite being barely out of her teens: “My darling, yes, I am happy as I have never been before in my long life.” Martha later writes that her fiancé’s “dearly noble image was in front of me and my longing for you was so intense…. You kiss so marvelously. Cover me with love.”

After their marriage, the couple’s letters would settle into the domestic routine of raising a large family. Equally ardent, if less strait-laced, are letters by Jacob Bernays, a classical philologist whose studies of catharsis in ancient Greek drama would influence Freud and his fellow founder of psychoanalysis, the Austrian-Jewish physician Josef Breuer. Bernays was an Orthodox Jew who wore a yarmulke and studied Talmud every day. He was also gay, as “You, the Source of My Life!: Letters to Paul Heyse” (“Du, von Dem ich Lebe!: Briefe an Paul Heyse”), out in 2010 from Wallstein Verlag, proves. Edited by William M. Calder III and Timo Günther, this collection offers 128 missives sent between the years 1849 and 1878 by Bernays to his onetime student Paul Heyse, an aspiring young writer who would himself receive the 1910 Nobel Prize in literature.

Heyse, a blond young man descended on his mother’s side from the same German-Jewish roots as Felix Mendelssohn, was then only a budding writer. If translated into English, Bernays’s letters might give him something like founding father status among the increasingly vocal gay Orthodox community, as the Forward has reported. French-Jewish philologist Jean Bollack noted in his biography “Jacob Bernays: A Man Between Two Worlds,” published in 1998 by Presses Universitaires du Septentrion, that Bernays was both devoutly Orthodox and decidedly gay.

Freud understood as much, writing in 1932 to novelist Arnold Zweig about an edition of the Bernays-Heyse letters that had recently appeared. Although expurgated, it nevertheless expressed Bernays’s “tenderly affectionate relationship” with Heyse. Even taking into account the conventions of 19th-century epistolary friendships, there was deeper passion behind these letters, as Freud correctly diagnosed. Bernays addresses Heyse in 1850 as “you, soul of my soul” (du Seele meiner Seele) an expression found in the love poetry of the ancient Roman author Horace, as well as in Plato’s Symposium. The same year, Bernays refers to Heyse in Latin as “little soul” (animula mea), quoting a poem that the Roman Emperor Hadrian addressed to his boy lover, Antinous. In the same letter, Bernays observes that the previous day, he could not write to Heyse because it was Rosh Hashanah. Then he adds a reference to Heyse as “you, my serpent of Moses,” (du meine Mosesschlange), an overtly phallic image drawn from the Book of Exodus. It recurs in this correspondence and, as Calder and Günther note, is “obviously a metaphor for homoeroticism.”

Beyond such erotic suggestiveness, Bernays elsewhere couches his lover’s discourse in a consciously gay tradition in literary history. The 20th-century German philologist Richard Harder praised Bernays as “probably the profoundest expert in world literature [of his day],” and the sheer range of Bernays’s references to his beloved student underline the extent of his passion. This erudition led Bernays to quote Shakespeare’s sonnets repeatedly, especially the ones addressed to a young man known as the Fair Lord or Fair Youth. Bernays likewise refers to the 18th-century German art historian Johann Winckelmann, whose love letters to young men were familiar to 19th-century German readers. Bernays also refers to other gay poets, from the artist Michelangelo to 18th-century Germany’s August von Platen.

Generally, Bernays maintains a lofty artistic tone for his emotions, such as in 1851, when he calls Heyse “My bringer of joy” (mein Freudenbringer), a description that poet Friedrich Schiller employed in his “The Gods of Greece” for Bacchus (or Dionysus, the Greek god of wine, ritual madness and ecstasy). Despite such high-flown allusions, disappointment seems inevitable, even after a November 1851 letter calling Heyse “my Tsar of Russia” (mein russischer Kaiser) and referring to himself as “your ever-abiding slave” (dein alles ertragender Sklave.) Bernays was a love slave who could not easily abide Heyse’s 1854 marriage to Margarete Kugler. Bernays reminded the bridegroom of Sir Francis Bacon’s essay “Of Marriage and Single Life”: “He that hath wife and children hath given hostages to fortune; for they are impediments to great enterprises, either of virtue or mischief.”

Resignedly, Bernays adds, “I kiss you,” and then a further quote from a Shakespeare sonnet urging a young man to procreate in order to perpetuate his own beauty: “From fairest creatures we desire increase / That thereby beauty’s rose might never die.”

The same year, Bernays expresses the wish to buy a portrait of Heyse by Adolph von Menzel in which the sitter sits languidly in a romantic haze. Later that year, Bernays comments to Heyse when a newspaper refers to the painting by the anonymous title, “Portrait of a Handsome Young Man” by launching into a rhapsodic passage about his “beloved Paul, handsome young man, my soul….”

Heyse, whose replies do not survive, was known in his youth as an adept of “free love,” as Calder and Günther observe, explaining that in later novellas, Heyse would further investigate passionate devotion between male friends with a subtheme of shifting gender identity, as in “Know Thyself” of 1851 and “David and Jonathan” of 1882. Heyse, however, never wrote explicitly about his relationship with Bernays, who died unmarried in 1881, at age 56. The year after Bernays’s death, Freud met his niece Martha Bernays for the first time, and the rest is Bernays-Freud family history.

Watch a brief excerpt from Edward Bernays’s 1984 appearance on “The David Letterman Show.”

Watch a short silent film of Freud and his daughter Anna.