A Cross-Denominational Approach to High School in the U.K. 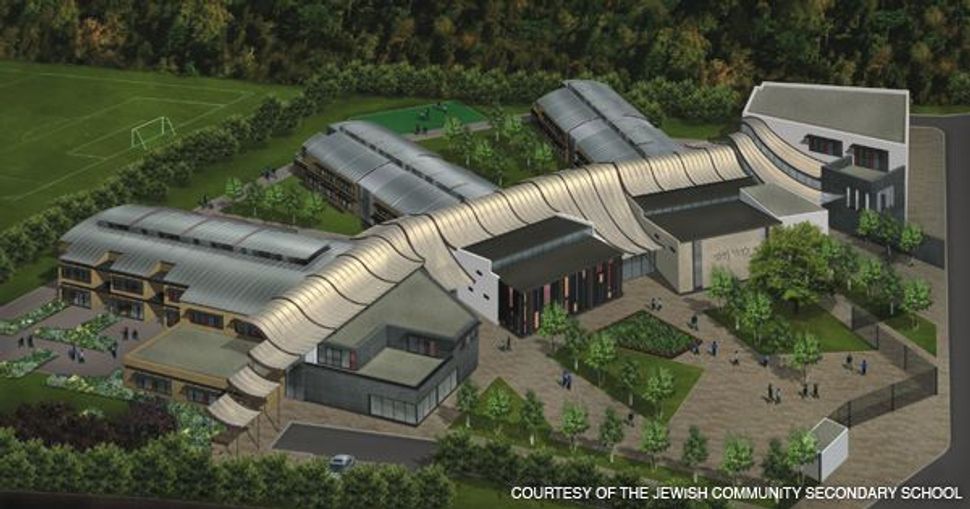 To send her 11-year-old son to a Jewish high school was an obvious decision for Helena Miller, who until recently was director of education and development at a rabbinical college in London. But Miller noted that the process wasn’t as simple for the parents of some of her son’s friends: Their children were denied admission because they didn’t meet halachic requirements.

“My child went right through JFS [the Jews’ Free School], and I could see that a lot of his friends weren’t able to get in,” said Miller, who now works at the United Jewish Israel Appeal. She mailed a questionnaire to 2,000 parents, gauging interest in a new kind of Jewish faith school, and got 500 responses. Thus, the idea for the Jewish Community Secondary School, known as JCoSS, was born. The school is the first cross-denominational Jewish public high school in the United Kingdom.

“This is about providing a bigger choice,” Miller said. The school, which is now searching worldwide for a head teacher, is scheduled to open in 2010. With a price tag of 50 million pounds (more than $75 million), it is the most expensive government-funded high school to be built in the country, and the most costly capital project ever undertaken by the Anglo-Jewish community.

In January, construction began on the existing site of a dilapidated school in Barnet, North London. When complete, JCoSS will have a state-of-the-art wing for children who have autism spectrum disorders. The school also will have a multipurpose sports hall, a theater and, of course, a synagogue. 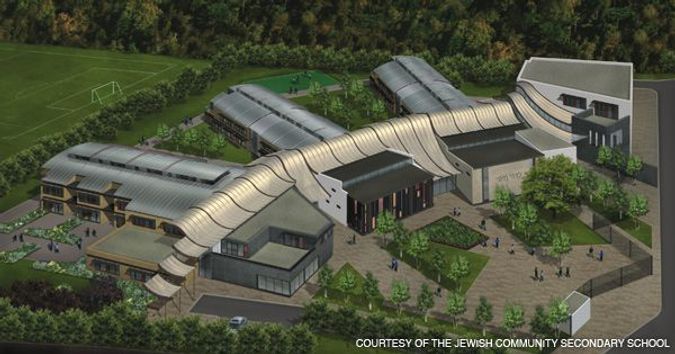 “What we’re trying to do is create a cross-communal school for those who, for one reason or the other, are dissatisfied with what’s in the market,” said Robert Shrager, chair of the school’s governing body. JCoSS will close early on the Sabbath and on the holidays. Students will take roughly five hours of Jewish studies a week, and they’ll also engage with other faiths, Shrager said. A yarmulke will be part of the school uniform for all students, male and female, but the choice to wear it will be a personal one. Kitchens will be kosher, but the majority of classes will not separate boys and girls. There will be no single rabbi attached to the school; instead, the governing body intends to establish relationships with rabbis across the different streams of Judaism.

Of the 38 government-funded Jewish schools in the United Kingdom, only five in London are high schools. They must conform to standards set by the U.K.’s Department for Children, Schools and Families, but operate under the auspices of Orthodox Judaism. As such, these schools have a halachic intake policy, with active priority given to children who are recognized as being Jewish by the chief rabbi of the United Hebrew Congregation of the Commonwealth. They are also highly oversubscribed, and the number of applications submitted to the schools far surpasses the number of spots open to students.

“We’re not in any way trying to dilute the Judaism,” Shrager said, referring to JCoSS’s intake philosophy, which will encourage application from all Jewish denominations but prioritize children who cannot get access to any other Jewish school within a reasonable distance. “Instead of saying, this is the way it’s done, and enforcing, we say, this is the way different people practice their Judaism.”

Since the 1980s, the number of Jewish children in Jewish education in the U.K. has doubled to 26,000, according to “The Future of Jewish Schools,” a report by the Jewish Leadership Council. But the 300,000-strong Anglo-Jewish population is on the decline, and with it, the number of its school-aged children. The Board of Deputies of British Jews estimates that by 2018, only 1,135 students will be applying for a projected 1,010 spots in London’s Jewish schools — pitting faith schools in competition with each other and causing some to wonder if the project is necessary.

“This is a question for JCoSS and its supporters,” said a Barnet Council representative who asked to remain unnamed in accordance with Barnet Council policy, noting that reaction from the Barnet community in an early planning consultation was split 50-50. “There was a lot of support for JCoSS from the wider community, but there was opposition from residents who live beside the site of the school,” the representative said, citing concerns about road safety.

There is also debate as to the validity of faith schools in general. Rabbi Jonathan Romain is chairman of the Accord coalition, which launched in September 2008 with the aim of abolishing legislation that allows faith schools to select pupils and staff on religious grounds. He argued by e-mail that this was not “in the best interests of the social cohesion of the country at large,” though he admitted that JCoSS probably would be “the one most concerned to build bridges with other faiths.”

JCoSS lost its first bid for a site to another Jewish school in August 2004, but on partnering with Barnet Council, it was successful in its proposal for a site and for funding. The government has now committed 36 million pounds (nearly $55 million) to the school. The remainder is being raised privately. The government’s contribution covers all construction and upkeep costs, while JCoSS is required to raise funds, often through voluntary contributions, for all religious and additional safety elements.

“We’ve done a lot of market research to demonstrate demand for the school to the government, although obviously until we open it’s a bit ‘finger in the air,’” said Ben Rich, communications adviser at JCoSS. In 2005, the school commissioned a study from Carrick James Market Research, finding that “parents from every section of the Jewish community — by a difference of 64% to 16% — would prefer to send their children to a Jewish secondary school,” and at present, more than 1,800 individuals have registered interest.

“Many people I think would say we shouldn’t have faith schools, but we do,” Rich added. “For us, a faith school that’s outward looking, that encourages its children to mix with other faiths, is the right sort.”

A Cross-Denominational Approach to High School in the U.K.