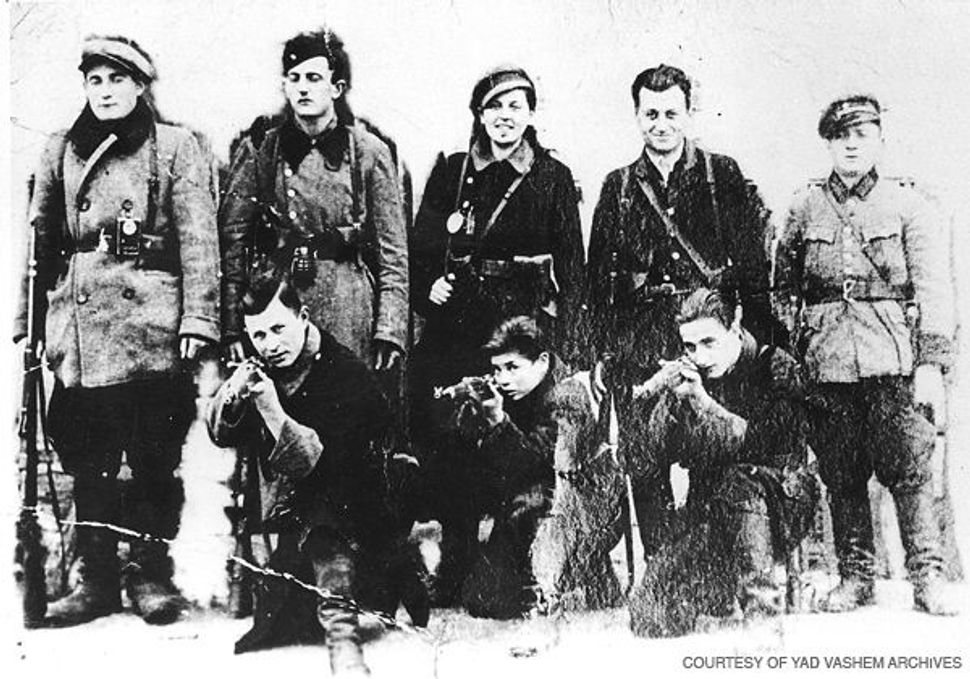 ‘That’s not Tuvia Bielski — that’s my dad!” Mark Werner thought while reading the Forward’s article “Bielskis vs. Hollywood” in the January 2 issue. Or perhaps he just thought, “Oh no, not again.”

In 1964, when the Forward first published the photograph to illustrate an article commemorating Yom HaShoah, there was no documentation about the fighters in it. The picture had arrived anonymously at the YIVO Institute for Jewish Research, and both YIVO and the Forward were happy to hear from Harold Werner (standing at the back left), who recognized himself and wrote to tell us about this photo of him and his colleagues.

Far from being unknown (as we printed in 1964), and rather than a small group of Bielski partisans in Belarus led by Tuvia Bielski (as we printed earlier this year in “Bielskis vs. Hollywood”), those pictured were part of a large Jewish resistance group of roughly 800 people in the Polish woods, led by Chiel Grynszpan. A Russian military photographer snapped the picture of the eight fighters in 1943.

As well as being used on the cover of English and Hebrew versions of Harold Werner’s “Fighting Back: A Memoir of Jewish Resistance In World War II” (Columbia University Press, 1992), the picture has been used on the covers of related books. It was even used on an Israeli postage stamp, issued in May 2005 on the 60th anniversary of Germany’s 1945 surrender, to commemorate the contribution that Jewish fighters made to the defeat of Nazi Germany. 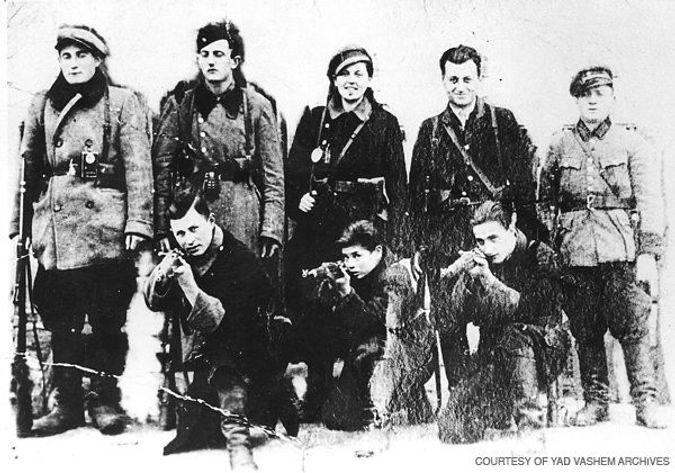 Even though this was a photo with iconic status, its information and its content did not appear to reach the appropriate archives. When Aron Bielski was arrested in 2007 on charges (eventually dropped) of scamming an elderly woman the picture that appeared in papers across the world was again this one of Harold Werner and the Grynszpan group. The Yad Vashem archives had wrongly posted the information and it had appeared in an Associated Press article with the erroneous caption. At that point, Mark Werner sent a note to the AP which, in collaboration with Yad Vashem, promised to correct the false attribution.

By the time the film “Defiance” came out a year later, the database had been corrected but was not displaying properly on the Internet. This meant that although researchers within Yad Vashem would see the correct information, browsers of the Yad Vashem Web site still saw data that was old and incorrect. Again, a slew of images of Harold Werner and his fellow fighters flashed up, but they were labeled Bielski.

Thanks now to the vigilance of Mark Werner, the recent updates at Yad Vashem and, hopefully, this short piece in the Forward, the record has been set straight. The children and grandchildren of those featured in the picture can now take pride in the achievements of their forebears without having to fret about attribution.

Dan Friedman is the arts and culture editor of the Forward. You may email him at dan.friedman@forward.com