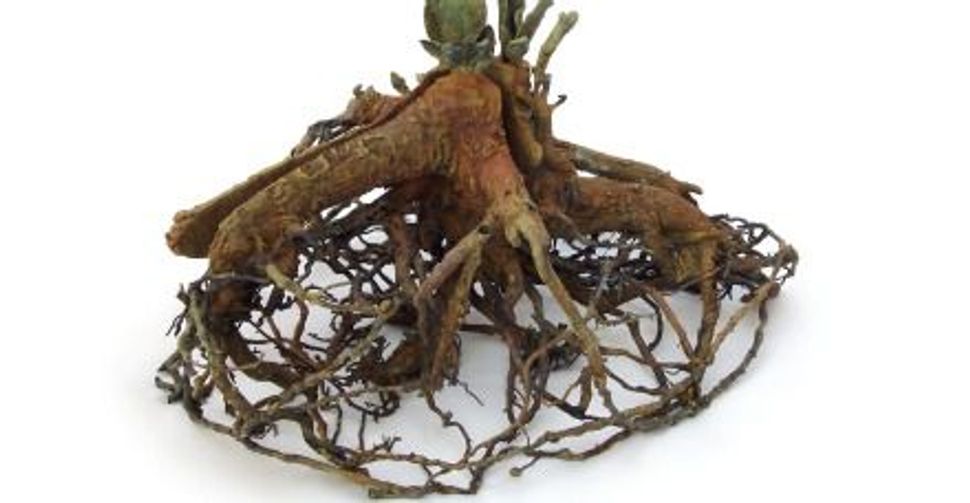 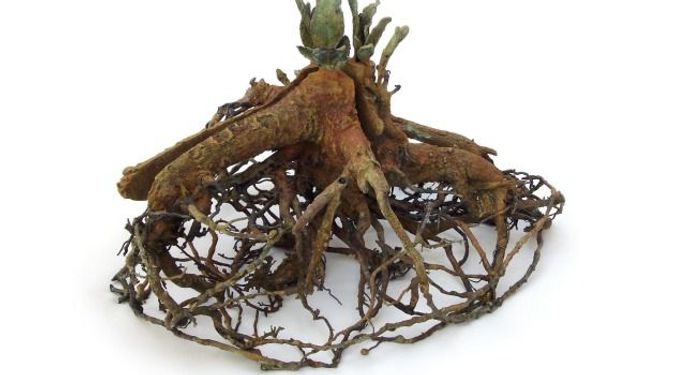 Last Tu B’Shvat, the Museum of Jewish Heritage, located on Manhattan’s Battery Place, hosted a musical — “The Hatseller and the Monkeys” — and an arts and crafts event for children. This year, the museum has no nature-themed events on the docket to mark the Jewish new year’s celebration for trees, which begins on the night of February 7.

“We’ve done them in the past, and we’ll continue to do programs about the holiday in the future,” said Betsy Aldredge, the museum’s public relations manager. “We tend to do family programs every other month, and it just didn’t work out this year.” Indeed, a quick survey of dozens of Jewish museums and galleries reveals that even ones with holiday-flavored exhibits, performances or lectures for Passover, Hanukkah, High Holy Days and Purim, rarely have Tu B’Shvat events on their calendars. 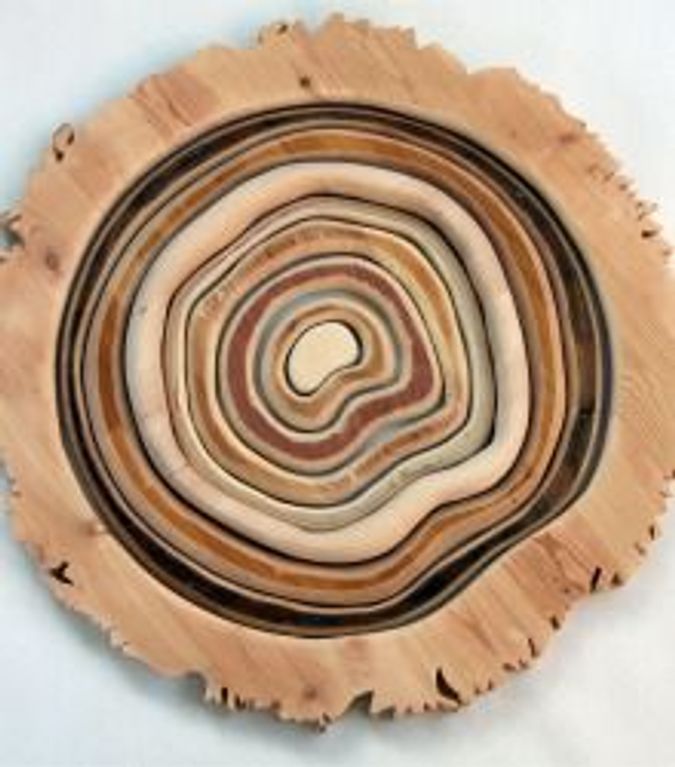 One reason that museum and gallery campuses seem to relegate the Jewish new year for flora to sub-minor holiday status might be that it is a holiday in transition.

“Tu B’Shvat has changed in my lifetime, from a Zionist holiday — eating Israeli products and planting trees [for the Jewish National Fund] — to an environmental holiday, characterized by becoming environmentally conscious and going green,” said Jonathan Sarna, history professor at Brandeis University and chief historian of Philadelphia’s National Museum of American Jewish History.

Architecture and art historian Samuel Gruber, president of the not-for-profit International Survey of Jewish Monuments, says he’s been hearing more about Tu B’Shvat Seders lately, including a few hosted at museums. “This seems very new. I’d never heard of these before a year or two ago, and I’ve never been to one,” he said.

Gruber, who is also director of the Jewish Heritage Research Center, in Syracuse, N.Y., notes that New York’s Eldridge Street Synagogue hosted a “WinterGreen Festival” on January 29 in honor of Tu B’Shvat, which it calls “Jewish Arbor Day.” He traces the holiday’s green aspects back several decades. “My recollection since the 1970s is that the holiday was used as a kind of Jewish Earth Day — not just about trees and fruit, but an opportunity to talk about environmentalism,” he said.

Tu B’Shvat Seders, which seem to have their roots in 16th-century kabbalistic Safed, loosely parallel the Passover Seder, with the addition of fruits. Often these fruits are native to, or symbolic of, Israel. Some museums still maintain this focus on Israel. Yeshiva University Museum, for example, hosted a Tu B’Shvat paper-making workshop January 22 with a discussion about the Seven Species, which are the seven types of Israeli fruits: wheat, barley, grapes, figs, pomegranates, olives and dates.

Two of the most prominent Tu B’Shvat-themed exhibits this season will be held at the NMAJH and at San Francisco’s Contemporary Jewish Museum.

The Philadelphia show, “In Praise of a Dream,” which features landscape photographs by Israeli artist Tal Shochat, opened on January 31. Shochat’s photographs depict idealized fruits and trees set against black backdrops in a manner that evokes John Currin’s paintings or the films of fellow Israeli artist Ori Gersht.

Josh Perelman, the exhibit’s chief curator and the director of exhibitions, programs and collections at the museum, admits that the Tu B’Shvat exhibit highlights “an aspect of Jewish observance that may not be known to many visitors in the broader community” — or even to some of the museum’s Jewish visitors. The show was intentionally scheduled to close on Earth Day, April 22, as, he said, part of the museum’s “efforts to inspire civic dialogue about those values and experiences that bring depth and meaning to American and American Jewish life.”

In the exhibition text, Perelman suggests that the idealized manner in which Shochat represents the Israeli trees and fruits, which a New Yorker review referred to as “a set designer’s version of Eden — extravagantly bountiful but oddly unnatural,” emphasizes the unsettledness that comes from not being rooted in space and time.

This “tension” is “familiar to Jews’ millennial history as a people living in [the] Diaspora,” Perelman writes. “Are they at home in a utopian orchard or alone and anxious?”

Asked whether the exhibit is particularly Jewish in addition to being environmentally conscious, Perelman cites the prohibition in Deuteronomy 20:19 against destroying fruit trees in a time of war. That concept “was expanded during the rabbinical period to the entirety of the natural environment,” Perelman said, meaning that the natural environment couldn’t be destroyed even in times of peace.

The CJM’s exhibit, “Do Not Destroy: Trees, Art, and Jewish Thought,” which opens on February 16, also cites the Deuteronomy verse. Although the exhibit relates to Tu B’Shvat, it opens after the holiday, due to the museum’s “complex exhibition schedule,” according to Dara Solomon, the museum curator.

Asked how the exhibit will address the biblical commandment articulated in Deuteronomy 12:3 that trees worshipped as idolatry — Asherot in biblical Hebrew — be burned, Solomon says there will be an educational space within the gallery that will address “the various laws, commentary, traditions, and concepts related to the tree in Jewish tradition, practice, and thought.”

“In this area, we will be exploring the anxiety about the idolatrous potential of ‘tree worshipping,’” she said.

The three-part exhibit at the museum, which will include works by Shochat, addresses Jewish responses to trees and the environment, as well as the tree’s “universally potent symbol in many cultures and religions,” according to a release. More than 50 artists created new work about “a broad range of themes inspired by the holiday Tu B’Shvat,” according to the museum.

Several of the works in the exhibit appropriate salvaged wood, and an installation by Japanese artist Yuken Teruya is a nod to Shel Silverstein’s children’s book, “The Giving Tree,” which describes a very altruistic tree that sacrifices every part of itself for a little boy until it is reduced to a stump.

According to the museum, Saito was inspired by the fact that aspens, though they typically live for only 40 to 150 years, can survive in root form for thousands of years. By focusing on the roots — which he says represent the means for communities to survive and thrive — Saito has shed light on a generally invisible series of objects, almost like flipping an iceberg.

By mentioning Tu B’Shvat in the title, he has also invoked a holiday that Solomon believes has been getting more and more attention. “I think there is a rise in the celebration of the holiday of Tu B’Shvat because of its relevant environmental message. There are large communitywide Tu B’Shvat Seders and private ones in the home, which I learned about in my research,” Solomon said. “This is not something I had even heard about when I was younger and before moving to the Bay Area.”

But even as museums focus on environmentalism, they might not be doing enough, said Wall Street Journal arts writer Tom Freudenheim, a former art museum director.

“Would Jewish museums be willing to sacrifice their fundraising and membership goals to the cause of Tu B’Shvat celebration by announcing that they will produce fewer paper fundraising, membership and calendar products in favor of going paperless on the Web?”

Menachem Wecker blogs on faith and art for the Houston Chronicle and is based in the Washington, D.C., area.