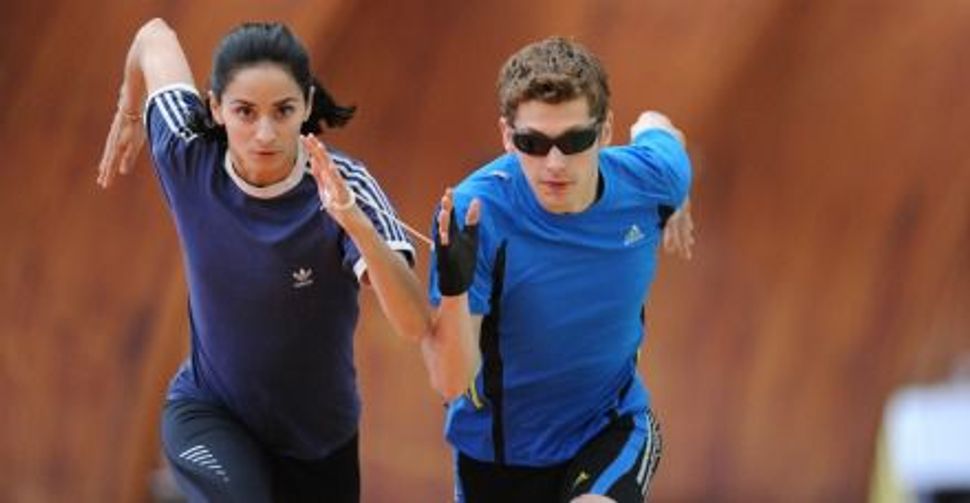 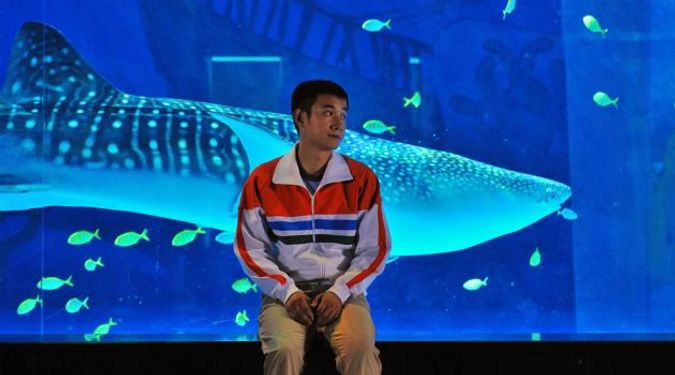 Evan Sneider, an alumnus of community theater and student films, got his big break in 2009 when a high school classmate, now a filmmaker, cast him as a lead in the feature film “Girlfriend.” The titular girlfriend is a cash-strapped single mother caught between a violent, volatile boyfriend and a newly flush suitor, played by Sneider.

“Girlfriend” offers up a cinematic love triangle that is classic in many ways and exceptional in one: Sneider, like the character he plays, has Down Syndrome. Sneider, who is 33, told the Forward in an interview that he hopes his role will inspire other “people with disabilities to follow their passions and their dreams, and to see the opportunities that [they] have — no matter what they want to do.”

The film has made the rounds at major festivals and was in movie theaters in New York and Boston last year. Now it is about to get a closer look from the disabilities community. It is one of more than a dozen films selected to screen at the ReelAbilities film festival, which, is going national this year.

Even before its expansion, ReelAbilities — started four years ago by Anita Altman, founder of UJA-Federation of New York’s Task Force on People With Disabilities; Isaac Zablocki, director of film programming at the JCC in Manhattan, and others at these organizations — had become one of the largest disabilities film festivals. Widespread community interest and a major funding commitment from a Jewish philanthropy are taking the festival beyond its New York flagship.

The Cincinnati-based Saul Schottenstein Foundation is offering grants of $5,000 a year for two years to organizations willing to sponsor ReelAbilities festivals in their communities. The foundation is also covering the fees associated with film licensing and volunteer training, and it has paid staff devoted to coordinating the expansion efforts.

“Our goal was five cities in one year,” said Jeffrey Harris, the foundation’s chairman. “But [staffers] kept coming to me and asking, ‘Can we do one more?’”

The foundation, which gives away about $300,000 a year, obliged. And so far, 11 additional cities — including Chicago; greater Washington, D.C.; Houston; Richmond, Va., and even the small city of Pulaski, Tenn. (pop. 7,870) — have signed on to host festivals, featuring the 2011–2012 slate of films chosen by the ReelAbilities selection committee. This year’s offerings include films made on six continents.

While the festival’s founders and many of its funders are Jewish, ReelAbilities programming and most of its host venues are not.

In addition to “Girlfriend,” this year’s slate includes the Iranian film “Soog” (“Mourning”), in which a deaf couple must break tragic news to their young, hearing nephew, and “Princess,” a musical biopic from Finland about a woman who is committed to a psychiatric hospital for more than 50 years and succeeds in bringing joy and healing to her fellow patients. And lest anyone doubt the challenges in any culture that families with autistic children face, there is an Israeli entry on the subject, “Mabul” and a Chinese one, “Ocean Heaven,” starring Jet Li.

Documentary selections include the Portuguese-language “Body and Soul,” about a modern dance troupe made up of disabled Mozambicans, including a young woman who lost both of her legs in an accident, and “Defining Beauty,” about the contestants vying for the “Ms. Wheelchair America” title.

Festival organizers say that they aim to make ReelAbilities screenings and other programming accessible to the widest possible audience. Screening venues are all handicapped friendly.

ReelAbilities has been “a mind-expanding, heart-expanding experience, in the doing and in the participating,” Altman said. “At the end of the first festival, I got an angry note that blind people couldn’t participate. I thought, ‘Blind people go to movies?’”

They do, she learned — enjoying cinema with the help of what’s known as audio description, essentially detailed narration of what’s happening on screen. The federation arranged a three-day seminar to train volunteers in audio description, and the service has been available upon request to festival-goers ever since. So, too, is sign language interpretation for the hearing impaired.

The Schottenstein Foundation is not alone in its pursuit of funding opportunities in the disability arena. A growing number of Jewish philanthropies are looking to invest more money, more strategically in the area of special needs programming and services, Andres Spokoiny, president and CEO of the Jewish Funders Network, told the Forward.

Last December, JFN and the Ruderman Family Foundation held their second annual Advance conference on Jewish special-needs funding. Earlier in the year, JFN launched a peer network so that donors and philanthropies committed to disability advocacy can discuss the best practices and avenues for collaboration.

The interest is evidence of a shift “toward being more welcoming and inclusive” to once-marginalized segments of the Jewish community, including the special-needs population.

Harris said he believes that ReelAbilities has the potential to upend common stereotypes about people with, and films about, disabilities.

“People think the films are going to be depressing, but they are so uplifting,” said Harris, whose 24-year-old son, Jason, has Asperger’s syndrome, an autism spectrum disorder. “They’re about people who have challenges, but also about people who, through their spirit, overcome these challenges.”