What Is Nathan Englander Saying? 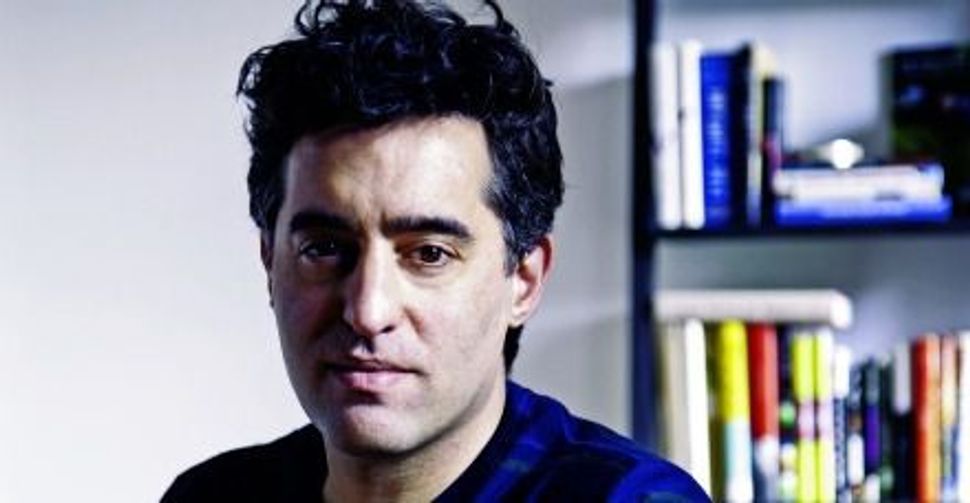 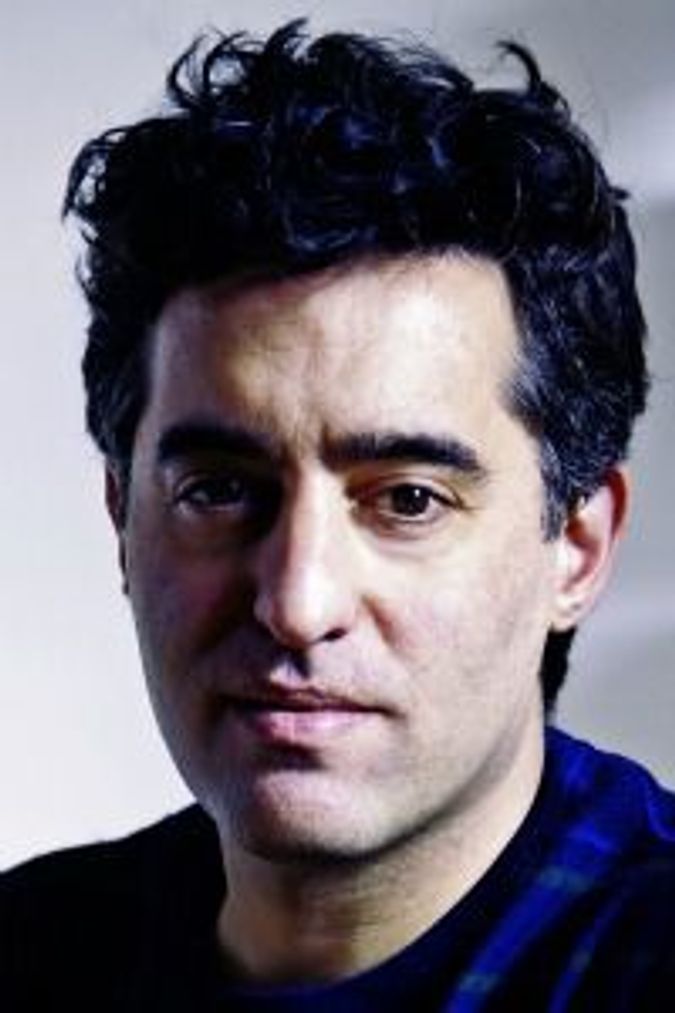 You have to clamber over the bodies of Anne Frank and Raymond Carver to reach Nathan Englander’s new stories. With all the ghosts, comparisons and cultural baggage, it’s a messy business, not least because the drying footprints of Shalom Auslander are receding from the side of the Holocaust victim.

Cheering us into the collection is a pantheon of blurbers: Jonathan Franzen, Téa Obrecht, Jonathan Safran Foer, Dave Eggers and Geraldine Brooks, among others. And they are right to do so, as it’s a welcome return to a format that suits Englander’s concise proclivities.

For an avowed workaholic, Englander has been miserly in his fiction output. His 1999 short story collection, “For the Relief of Unbearable Urges,” was such a beautiful and well-timed first book that grants and expectations for his first novel propelled him for eight years. Then, at the point of release, “The Ministry of Special Cases” was heavily overshadowed by the almost simultaneous publication of Michael Chabon’s powerful, virtuosic and widely accessible “The Yiddish Policemen’s Union.”

Shorn of his iconic long ringlets, Englander went, like Samson, from being disproportionately feted to being unfairly sidelined. His research into Argentinean Jewish history, and the tragic absurdity of the parallel histories of the territory, was overlooked as American Jewry went gaga over Alaska. Blame our Philistine society for being able to have one only thought at a time.

And now Englander’s once impeccable timing has failed him again. “What We Talk About When We Talk About Anne Frank” comes out barely a month after Auslander’s “Hope: A Tragedy,” all about Anne Frank in upstate New York. This means that seven of his eight stories have much to overcome. First a public glutted on Anne Frank — though this book isn’t about her. Second, a comparison to Carver invited by the title’s homage to “What We Talk About When We Talk About Love” — though his style is nothing like Carver’s. And, finally, he has to overcome the weakness of his own indulgent eighth story, “The Reader,” about a previously famous writer whose book tour is haunted by a sole attendee. 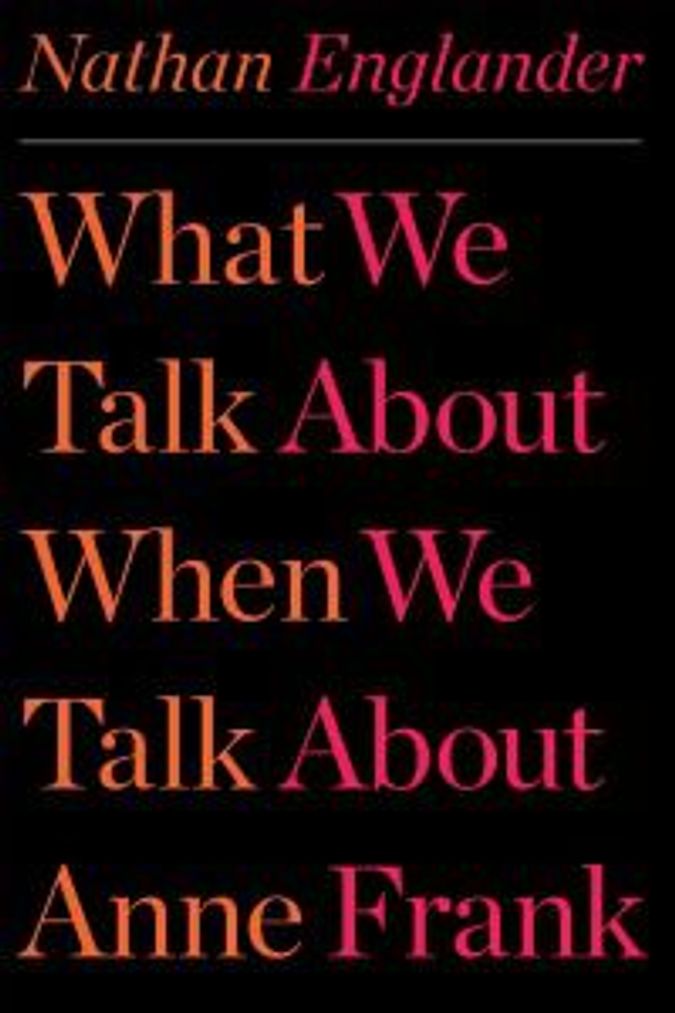 Yet, with caveats, Englander succeeds. The precision and pathos of his writing burnishes even the most expository of paragraphs. The closing story of the collection, “Free Fruit for Young Widows,” encompasses Israeli history, ethical quandaries and the passage of wisdom from generation to generation. That it does so, tenderly, in a mere 15 pages suggests that much of Englander’s workaholism is dedicated to compression.

The themes that run through the book are familiar: sexual tension, the Holocaust, the Israeli/Arab conflict, anti-Semitism, love and loss (romantic and familial). But loss can also mean what happens to wisdom as it passes down the generations. Though successfully passed on in “Free Fruit,” the lessons of experience are seemingly stymied in the most experimental of the stories — the 63 numbered paragraphs named “Everything I Know About My Family on My Mother’s Side.”

In the scheme of cutting-edge fiction, “Everything” is not so “out of the box,” but when every other story is a carefully inlaid and lacquered container with curated contents, it stands out. A looseness of tone, connection and allusion allows the story to rattle around a little and find its own feet. It might not quite work perfectly, but insofar as it sets out its own expectations, it does fine. The characters and readers are given a freedom to respond.

Such laxness would be unthinkable for the two great polished sentries that stand at the front of the collection: the title piece and “Sister Hills.” In these two stories, Englander moves to the zeitgeist from the timeless, to current society from the human psyche, and he engages with topics that sound like course offerings: Attitudes to Religious Observance, the Holocaust in American Life, Israeli-American Relations, the Developing Settlement of the West Bank.

The former, which was published to fanfare in The New Yorker, tells the story of the reunion of two long-separated friends who have gone their respective ways since Jewish high school — one to Hasidism in Jerusalem, the other to Floridian suburbs and ethnic secularism. Alcohol loosens the tongues of them and their husbands; social embarrassment looms, is averted and becomes existential awkwardness. Its ambition is laudable: its achievement less marked, despite its effort.

“Sister Hills” is, however, a considerable achievement. A parable, with echoes of Tolstoy’s late fables, it traces the development of a settlement in the Occupied Territories at four points in history: 1973, 1987, 2000 and 2011. The founding mothers of the settlement are the central characters, and their conflict in the foreground allows a shameful and subtle background of discrimination to unfold unnoticed.

The personal and the political are delicately interwoven so that the deliberately odd conceit at the heart of the story and the blatantly anthropomorphic landscape seem relatively natural. In the same way that the story itself skirts justice, it brilliantly portrays a beit din, or rabbinical court, being outflanked by one of the mothers as she demands her pound of flesh.

And so to the caveats. Though with “Peep Show” he veers into shtick, the exquisite “How We Avenged the Blums” and “Camp Sundown” reprise “For the Relief” to combine superb prose draftsmanship with an ability to draw out a single element to its absurd, sometimes tragic, conclusion. But the boldface topics Englander chooses are live and sticky, not as amenable to his process of smoothing and control. Like a Rolex on a hike, there’s something inappropriate and even alienating about the gleam of the polished surfaces. It does the job, but it hints of another context where the real and organic problems being addressed are less pressing.

But of course, who’d scoff at a Rolex?

Dan Friedman is the arts and culture editor at the Forward.

What Is Nathan Englander Saying?