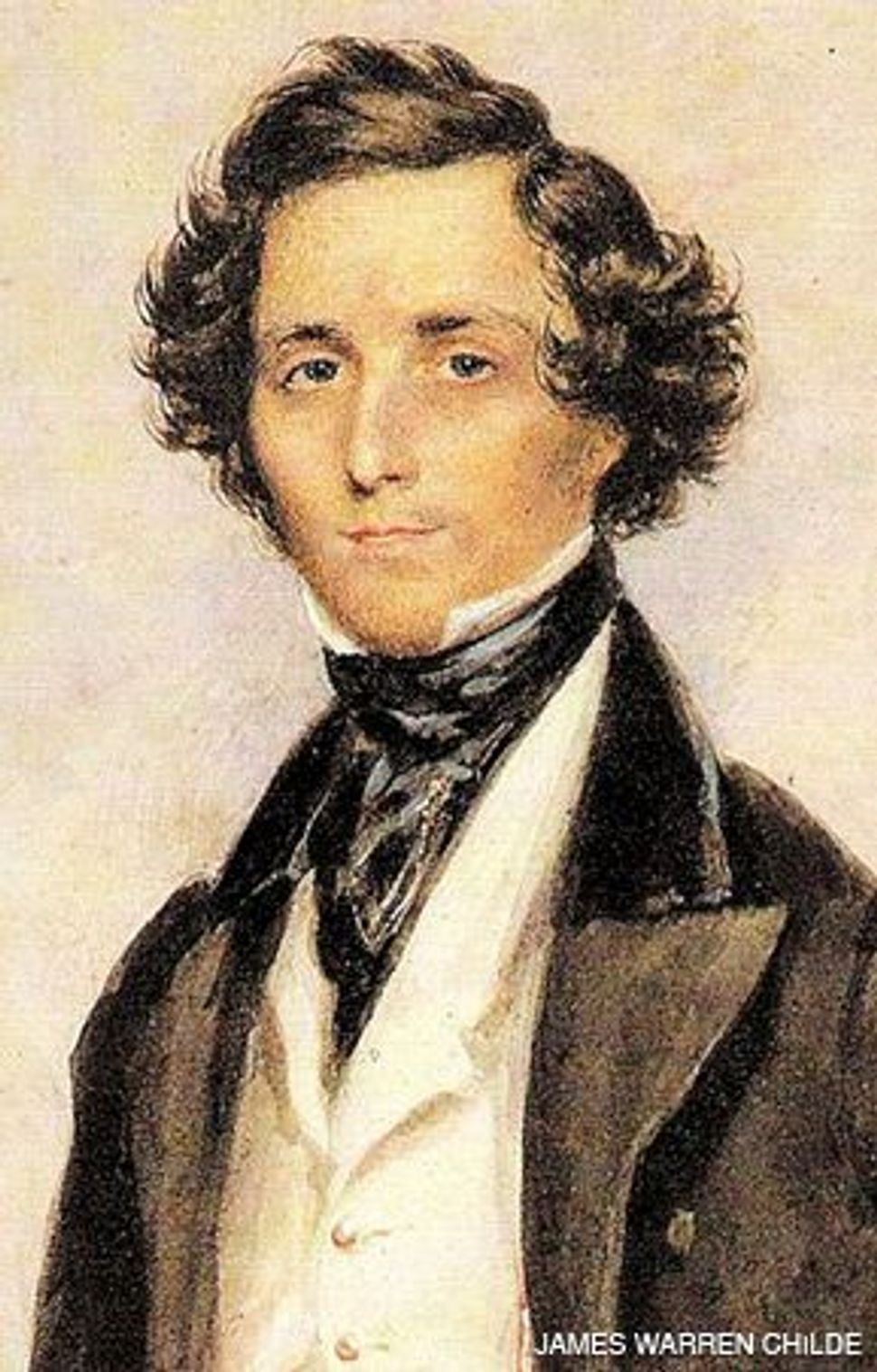 Great achievements: Mendelssohn single-handedly rescued the music of Johann Sebastian Bach from oblivion and brought it to the attention of the world.

Why do we still feel the need to defend Felix Mendelssohn even in this, the bicentennial year of his birth? In his all too brief lifetime, he was deeply appreciated as the musician most admired by other musicians: as a person, as a colleague, as a performer, but especially as a composer. Mendelssohn was perhaps the greatest musical prodigy who ever lived (Mozart was still imitating others at an age when Mendelssohn was already composing mature masterpieces). In his 38 years, he wrote a huge body of major works that have never disappeared from concert stages. 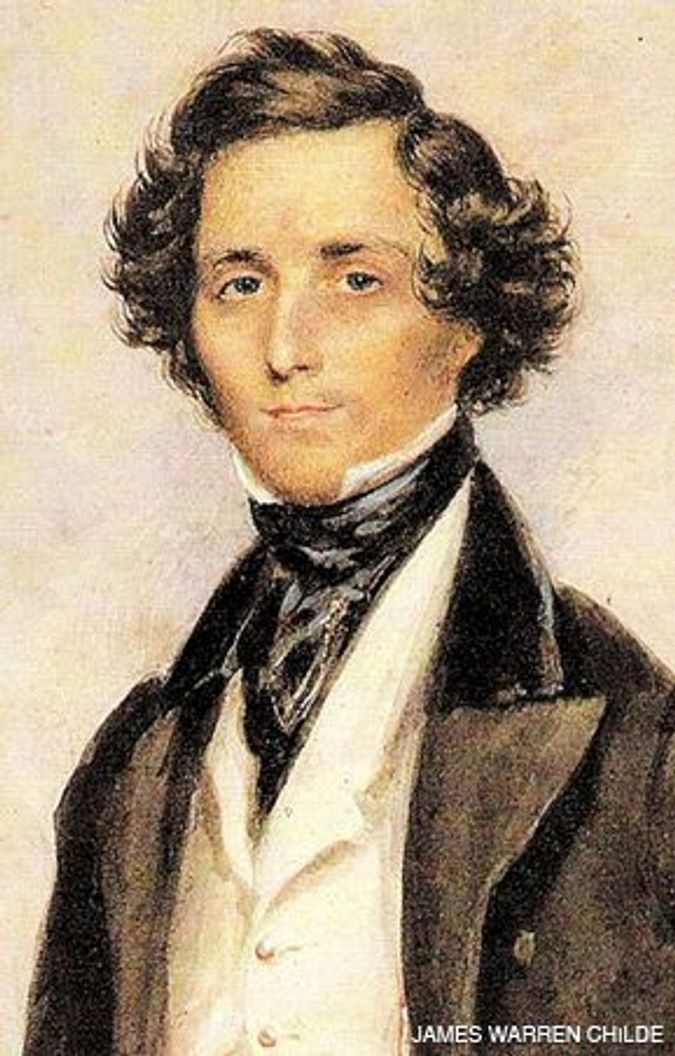 Great achievements: Mendelssohn single-handedly rescued the music of Johann Sebastian Bach from oblivion and brought it to the attention of the world.

But his achievements include more than just his own music. He single-handedly rescued the music of Johann Sebastian Bach from oblivion and brought it to the attention of the world. Indeed, his name came to represent the whole idea of selfless enjoyment: the riches and joys of music; professionals and amateurs sharing and playing music together. Mendelssohn societies, which spontaneously sprang up around the world in the 19th and early 20th century, epitomized the social act of enjoying quality music making as an essential part of civilized discourse.

So why, when it is so difficult to deny Mendelssohn’s greatness, do musicians, critics and audiences keep having to apologize for Mendelssohn, excuse him or explain why he keeps showing up — as if they are embarrassed by what is so clearly a large and varied portfolio of highly refined works and masterpieces: symphonies, solo pieces, chamber music, operas, oratorios, songs? Unless they are pushed into being defensive about it, the music-loving crowds admit to being inordinately fond of his work. So what’s going on? Where does all this defensiveness come from?

The January 28 concert at the Museum of Jewish Heritage provided an implicit answer in its title: Mendelssohn: Lost Treasures and the Wagner Suppression. Richard Wagner, great composer but despicable human being, saw Mendelssohn as one of his major rivals. Everyone held up Mendelssohn as embodying the highest ideals of culture in Germany, a level of esteem that Wagner desperately coveted. For Wagner, it was not a question of simply criticizing a colleague. He wanted to destroy Mendelssohn.

To that end, three years after Mendelssohn’s death, Wagner wrote one of the most infamous publications in German history — or musical history, for that matter: “Das Judenthum in Musik” (“Judaism in Music”) A vicious appeal to antisemitism, it proposed that Jews were parasites and incapable of expressing the sublimities of the German soul. Specifically naming Mendelssohn, Wagner claimed that what Jews produced was “artificial” and “imitative” culture. In contrast, he promoted his own appeals to unreason as “authentic.” Wagner concluded there should be what he called an “Untergang” of Jews in general. (The word is ambiguous, meaning “decline” and also “destruction.”) So when Mendelssohn had the misfortune to die young, his music was left to fend for itself against the Untergang smear campaign that festered into the following century and resurfaces regularly to this day.

For Wagner to single out Mendelssohn as a Jew, and therefore an enemy to German culture, is triply ironic: First of all, Mendelssohn exemplified German culture — at least the German culture of rational discourse and civility — to a greater extent than Wagner did, at. Second, Wagner even “borrowed” from Mendelssohn when it suited him. For example, he raided Mendelssohn’s Fair Melusine Overture for the river Rhine theme right in the opening of “The Ring Cycle.” And third, Mendelssohn’s father converted his entire family to Lutheranism when Felix was a child, even changing the family name to Bartholdy. Felix Mendelssohn may have embraced the Christian faith, but he did not deny his Jewish heritage. Unlike his father, he refused to drop the family’s original name. Both he and his sister Fanny, also formidably accomplished, insisted on hyphenating Bartholdy with Mendelssohn. They were both proud of their forebears, particularly their famous grandfather, Moses Mendelssohn, one of the prime movers of the Jewish Enlightenment (Haskalah).

That hyphen in his name explains a great deal about Mendelssohn. Yes, there are numerous examples of melodies he composed that sound “Jewish,” such as the opening of his violin concerto, with its rising, keening E-minor phrases, but they are so classically beautiful as to beg the question. Wagner was right about one thing: Mendelssohn’s music is totally at war with appeals to primitive unreason as championed by Wagner. Such atavism was anathema to Mendelssohn. Though an early Romantic composer, he cherished classicism’s sense of balance and proportion. Mendelssohn was the embodiment of reason and enlightenment.

To understand the different aesthetics of Mendelssohn and Wagner, consider each composer’s wedding march. Marriage ceremonies the world over end up having to choose between Mendelssohn’s joyous wedding march from “A Midsummer Night’s Dream” and Wagner’s solemn wedding march from “Lohengrin.” For Wagner, the march is a virgin sacrifice — an exclusionary, inward mystical affair (popular culture adds the words “Here comes the bride, all dressed in white…”). In contrast, Mendelssohn’s march is a thoroughly down-to-earth, inclusive social celebration filled with excitement, joy and light. (Cue the trumpet fanfares; now, everybody join in…).

Stephen Somary, founder and artistic director of the Mendelssohn Project, which rediscovered the Lost Treasures, points out that Mendelssohn worked incessantly, writing and revising to achieve his seemingly effortless perfection. Somary’s research has uncovered, according to his program notes, even more music and art: “270 unpublished works, approximately 300 artworks, and over 9,000 letters.” It is shocking for so many works of a major composer to be unpublished 200 years after their composition, but the manuscripts had to be hurriedly scattered for safekeeping when the Nazis came to power with the intention of putting Wagner’s ravings into action.

Nazis, of course, banned Mendelssohn’s music, even commissioning new scores to replace such concert standards as “A Midsummer Night’s Dream.” But it didn’t work. Mendelssohn’s music is an indestructible part of German cultural DNA, too well known and too beloved to be forgotten. Programming Mendelssohn’s music in concerts after the war ended turned out to be the most effective tool for de-Nazi-fying Germany’s musical culture.

The Lost Treasures concert demonstrated what a challenge his music can be artistically. Some of the music was major, and — in this I depart from my colleagues in the press — all of it was of a high quality; however, none of the admittedly excellent lineup of performers was particularly convincing in his or her interpretations in this first exposure. Like Mozart, Mendelssohn requires an intimacy with, and commitment to, imagination; the freshest approach and wits, and vigilant avoidance of sentimentality. Here, unfortunately, the mechanics of expression were spread over the notes like lumpy sauce, making the music sound pretty and accomplished, yet largely vapid.

Mendelssohn will survive because the chasm between the accusations and the truth will always be discovered and rediscovered. His music surmounted Wagner’s Untergang campaign, the Nazi banning and all the brickbats thrown against him. If that isn’t the mark of true greatness, I don’t know what is.

This installment is the first of a two-part series. Thursday, February 4, through Saturday, February 7, as near perfect a Mendelssohn performance as one will ever hope to hear, is being given by the New York Philharmonic Orchestra, conducted by Kurt Masur, with violinist Anne-Sophie Mutter and the Westminster Symphonic Choir. There will be more about this concert in the second part of this series.

Raphael Mostel is a composer based in New York City. He teaches the seminar “Architectonics of Music” at Columbia University Graduate School of Architecture, Planning and Preservation.