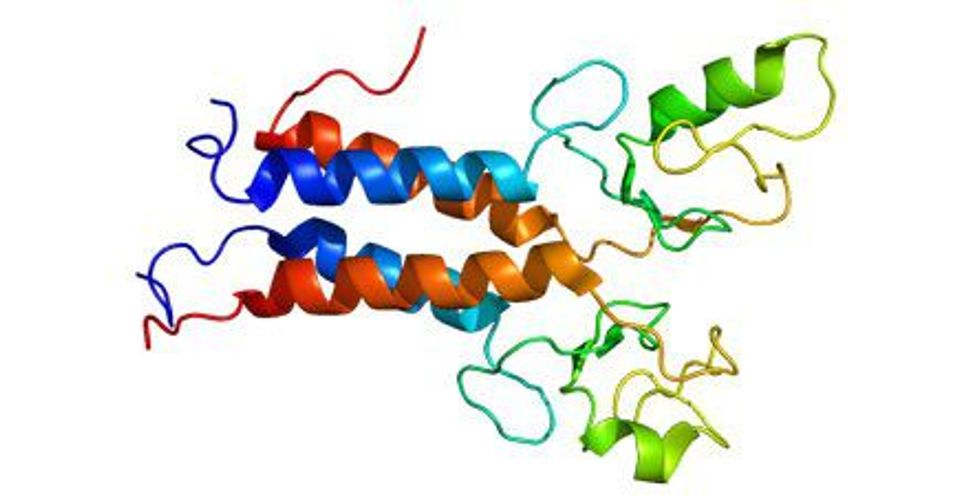 Killer Gene: A structural schematic of the of protein encoded by the BRCA1 gene. Image by wiki commons

The Wandering Gene and the Indian Princess: Race, Religion, and DNA
By Jeff Wheelwright
W.W. Norton and Company, 260 pages, $26.95

A diagnosis of breast cancer presents a lot of questions. Should you start with chemotherapy, or opt for surgery right away? Do you remove the tumor alone, or the entire breast? What about prophylactic surgery to remove the other healthy breast before the next tumor strikes?

Such questions can be daunting for any woman in the face of a life-threatening illness. But what if the questions raised by such a tumor go beyond how to control the disease? What if the cancer also fundamentally challenges the notions of your race, religion and personal identity? 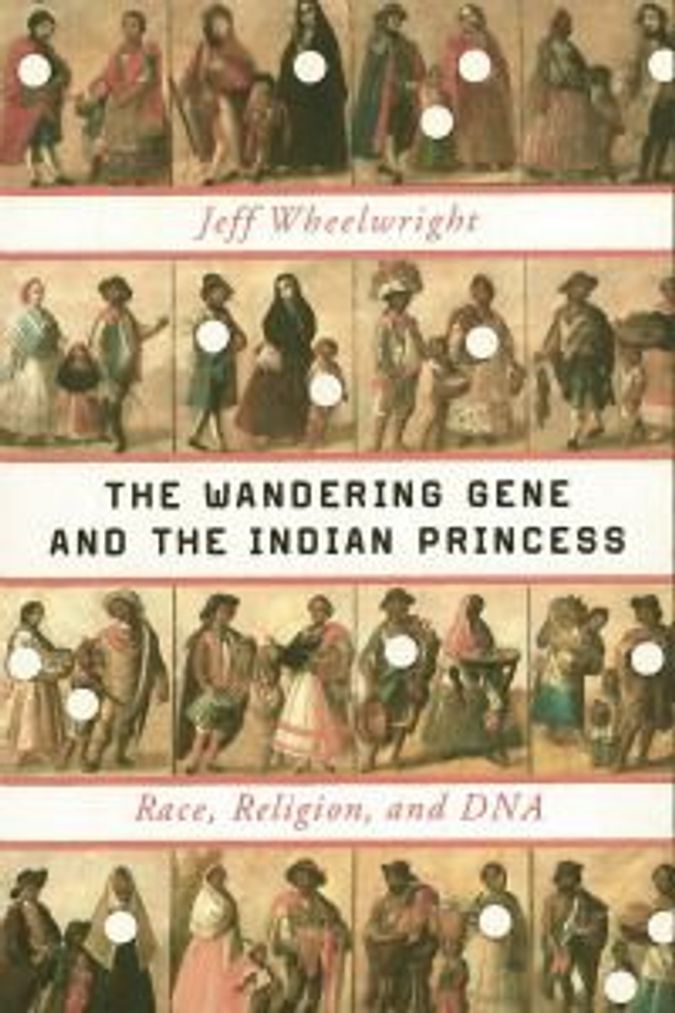 Image by w.w. norton and co.

Such was the case for a small group of Catholic Hispanos living in the San Luis Valley of southern Colorado. In addition to coming to grips with a hereditary form of breast cancer plaguing their community, this population of Spanish and Native American descent had to deal with their DNA, and a peculiar mutation that pointed unexpectedly to an ancient Jewish heritage.

That genetic defect goes by the name BRCA1.185delAG, so-called because of a deletion (del) of the chemicals adenine (A) and guanine (G) at site 185 of the DNA encoding the BRCA1 gene. It’s known, with dread, as the BRCA (pronounced “bracka”) mutation, and a woman with it has a greater than 50% chance of developing breast or ovarian cancer over her lifetime.

The 185delAG mutation arose some two millennia ago among the Hebrew tribes living in the Middle East and spread through their gene pool, rising in frequency. Currently there are two working hypotheses for this higher prevalence: first, that it rose in frequency by chance alone, because of the Jews’ small gene pool; second, natural selection caused the gene to rise. A recent study, published in the journal Biology Letters, suggests that having the mutant BRCA mutation may have boosted fertility in the days before birth control and that the evolutionary fitness of the gene was largely unaffected by its fatal consequences in later life. Whichever is the case, the mutation now affects about one in 100 people of Ashkenazi descent and, intriguingly, some isolated non-Jewish populations of Spanish descent, too.

About a decade ago, scientists began noticing the deletion of those two letters of DNA in several non-Jewish communities, including a Spanish Gypsy population, a Chilean family and Hispanic groups living in the Los Angeles area. All these people identified as Spanish or Latin American and had no knowledge of any Jewish ancestry. But DNA revealed what culture and history had lost.

Scientists typically refer to 185delAG as an “Ashkenazi” mutation, thanks to the gene’s most prominent carrier population today. But considering that Iraqi and Moroccan Jews carry the mutation at noticeable frequencies, chances are that the Sephardim of the Iberian Peninsula harbored the genetic red flag, as well.

The dual events of 1492 — Christopher Columbus’s discovery of America and the expulsion of the Jews from Spain — eventually led to a number of Jews who had converted to Catholicism laying down roots in the New World. Although these conversos probably thought they had left their Jewish heritage behind, they actually brought with them one deadly piece of genetic baggage: 185delAG.

In 2008, science writer Jeff Wheelwright traveled to the San Luis Valley to write about the “secret Jews” living there. Geneticists had recently found the defect among cancer patients, and a fierce academic debate had erupted over whether secret Spanish Jewry still survived in this pocket of the country. As Wheelwright wrote at that time for Smithsonian magazine, the DNA didn’t prove that the genetic carriers’ unusual rituals were indeed vestiges of ancient crypto-Judaic rites, but the evidence neatly matched the historical hypothesis.

Outside the halls of academia, the findings also raised some awkward, soul-searching questions for the women who carried the 185delAG mutation — questions of faith, ancestry and religion that Wheelwright couldn’t answer in a shorter magazine article. So he netted a fellowship from the John Simon Guggenheim Memorial Foundation and traveled back to the San Luis Valley to write an entire book on the topic.

On his second trip, Wheelwright met the Medinas, a family of 185delAG carriers who would form the narrative base of his extended treatise. At the center of the story was Shonnie Medina, who had died a few years earlier. She was a young Catholic-turned-Jehovah’s Witness who developed breast cancer at the age of 26 and died within two years.

In “The Wandering Gene and the Indian Princess: Race, Religion and DNA,” Wheelwright paints a beautiful picture of the stunning Southwestern landscape and recounts a compelling story about how Medina’s family dealt with her tragic illness. But Medina’s example doesn’t really tackle the fundamental issues that Wheelwright set out to explore vis-à-vis the gene’s Jewish lineage. Her struggle is shaped not by that genetic lineage, but largely by her newfound religion — Jehovah’s Witness. She also seems to wrestle with her Native American ancestry, which rears its head when she tans and her skin turns darker than that of many others around her. But there’s no indication in her lifetime that she was cognizant of any Jewish heritage.

Faced with a growing tumor in her breast, Medina eschewed traditional medicine, putting her faith in alternative therapies and finding solace in the Jehovah’s Witness restorationist principles. In fact, she learned about the mutation inside her only a month before her death, and, in Wheelwright’s account, she never even considered its cultural and historical significance.

As such, the book feels like a forced mash-up of two parallel themes, both connected by 185delAG, but only indirectly: a compelling story of a tragic cancer death and a genetically tagged tale of hidden heritage. Wheelwright valiantly tries to weave together the interreligious ideas into a complex tapestry set upon the backdrop of San Luis’s desert ecology. But the result feels strained, with disjointed chapters that never quite come together.

The best parts of the book are when Wheelwright moves past Medina’s inner circle and considers the larger community and its responses to the possibility of a Jewish past. Many years after Medina’s death, Wheelwright sat in on a genetic counseling session held at the Medina family’s restaurant, in which the extended Medina clan was urged to consider genetic testing, and where many in attendance first learned about the particular ethnic origin of the mutation circulating in their midst. And Wheelwright was back at the restaurant a couple years later when Dr. Harry Ostrer, then head of the human genetics program at the New York University School of Medicine and now a geneticist at the Albert Einstein College of Medicine, held a blood drive to collect samples for a study looking at the contribution of converso Jews to the genomes of Latin Americans. Indeed, Ostrer did find hallmarks of Jewish ancestry that back up the historical accounts of Jewish migration patterns, as he and his colleagues report in the February issue of the journal Human Genetics.

These social events are the moments when Wheelwright’s reporting shines brightest. Too much of the book, however, is preoccupied with Medina’s personal tragedy, with tenuous winking references to the “gene whispering inside her” that “made her the way she was.” The genetic topic that brought Wheelwright back to southern Colorado was bigger than one person, but alas, “The Wandering Gene” wanders from that gene.

Elie Dolgin is a news editor with the journal Nature Medicine, in Cambridge, Mass.